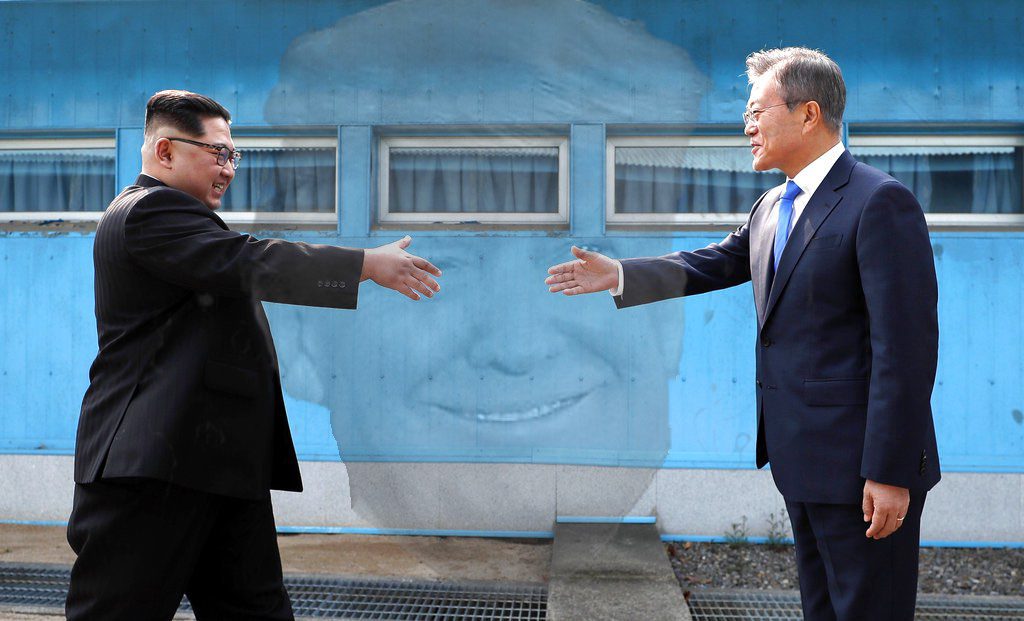 In 2018, inter-Korean relations have become far more dynamic as became manifest by North Korea’s participation in the PyeongChang Winter Olympics, which was put forth in a separate piece[1] on March 15 by the author of this article. Since then, third inter-Korean summit was held in Panmunjom on April 27 and the first North Korea-United States summit in Singapore on June 12. This article aims to answer following two inter-related questions: (1) What was agreed at the summits? and (2) what has happened afterwards?

The South Korean scholar Sung Ki-Young argues that through the April 27 summit and the adoption of the Panmunjom Declaration, the two Koreas have indicated the will to improve inter-Korean relations and thereby co-building peace and prosperity. The Declaration contains nine paragraphs intended to develop relations and reduce military tensions as well as agendas that require actions of both states such as non-aggression and military confidence-building in establishing a permanent peace regime. North Korea will have to simultaneously advance relations and resolve the nuclear issue. Inter-Korean relations should play a leading role in negotiations on denuclearization. The parties agreed to completely cease all hostile acts against each other as of May 1, 2018, including broadcasting propaganda via loudspeakers along the Military Demarcation Line. The two Koreas also agreed to hold General-level talks in May to alleviate tensions and build confidence. Family reunions will be held on National Liberation Day on August 15 and both Koreas will participate jointly in the Asian Games scheduled for August 18.

The summit dealt with denuclearization of the Korean Peninsula, security guarantees for the North Korean government and normalization of relations. According to the Korea Institute for National Unification, the summit laid the foundations to settle the long-lasting hostility between the United States and North Korea. Chairman Kim Jong-un and President Donald Trump reaffirmed their willingness to improve bilateral relations and simultaneously showed favorable impressions and respect for each other. They agreed to work for improving relations and accomplishing trust-building. So far, American-North Korean negotiations have constantly failed mainly due to lack of trust and hostility. In the joint statement’s first paragraph, a “commitment to establish new US-DPRK relations” is stipulated. At the summit, improving relations was thus a more fundamental issue than building a lasting and stable peace regime and achieving denuclearization. Nonetheless, “building a lasting and stable peace regime on the Korean Peninsula” and “complete denuclearization” are expressed in paragraphs 2 and 3. Paragraph 3 reaffirms the Panmunjom Declaration. The parties agreed in paragraph 4 to repatriate remains of prisoners of war and those missing in action.

The joint statement does not include concrete measures and deadline for implementation but says “…, President Trump and Chairman Kim Jong-un commit to implement the stipulations in this joint agreement fully and expeditiously.” Follow-on negotiations will be held at the earliest possible date to implement the statement. The statement lacks more advanced measures than previous agreements on the North Korean nuclear issue. On the other hand, there are now reasons for optimism as the statement is the outcome of the first North Korea-United States summit. It holds binding power at a whole new different level compared to previous meetings. In the press conference held after the summit, North Korea announced that its missile engine test site would be destroyed. Since Kim Jong-un knows that denuclearization is a precondition to normalize North Korea’s relations with the outside world and to implement the plan to rebuild the economy, he has a good reason to follow up the statement.

The United States announced that it in return would pursue declaring an end to the Korean War, signing a peace treaty and suspending America-South Korea joint military exercises while negotiating to reciprocate North Korea’s good-will gesture. For Donald Trump, building a new relation with North Korea, providing measures to guarantee regime security and promote denuclearization comprise a crucial pathway to strengthen his position in the upcoming mid-term elections scheduled in November 2018 and to achieve a favorable position in preparing for the 2020 presidential elections.[3]

Since thaws in inter-Korean relations have generally been temporary, the implications of the summits need to be assessed in light of the post-summit developments. A few promising developments should be noted. In early May 2018, demolition of the loudspeakers along the border has begun. At military talks held for the first time since 2007 in Panmunjom on 14th of June 2018, the two Koreas agreed to “faithfully implement” their 2004 agreement intended to prevent an armed clash in the heavily-fortified demilitarized zone and in waters close to North Korea. On 1st of July 2018, the South Korean Ministry of Defense declared that the two Koreas had resumed using ship-to-ship radio links for smooth communications at sea for the first time in ten years, by which unexpected confrontations especially in the Yellow Sea will be prevented.

However, developments after the North Korea-United States summit are less encouraging. When Secretary of State, Mike Pompeo, visited North Korea during 7-8 July 2018, the parties failed to narrow their differences over how to achieve denuclearization. In spite of its announcement after the summit, North Korea has not shut down its engine-testing site. While United States wants a swift process, North Korea wants a gradual one to resolve the denuclearization issue, which makes the matters worse. However, on 17th of July 2018, Donald Trump said that there was no “no time limit and speed limit” dashing hopes for a prompt and permanent resolution of the issue raised at the summit. Indeed, The Korea Herald reported on 19th of July 2018 that the Trump administration accepted the North’s gradual approach to denuclearization.

In spite of the parties’ incompatible views, they still wanted to continue negotiations and agreed to create a working group to discuss the details omitted in the June 12 joint statement. They also agreed to accomplish working-level contacts on the shutdown of a missile engine test site and hold talks on the repatriation of the remains of American soldiers killed in the Korean War. A few hours after Pompeo’s departure, a spokesman for the North Korean Ministry of Foreign Affairs claimed that American demands for specific pledges on complete denuclearization violated the spirit of the joint statement. “The US side came up only with its unilateral and gangster-like demand for denuclearization.” The American demand was for complete, verifiable and irreversible dismantlement of North Korea’s nuclear program. The spokesman also claimed that Pompeo’s visit was “regrettable” and raised the “risk of war.” The US Department of State made no comments on this reaction or any future talks. Analysts speculated that both countries agreed on the need for denuclearization but sharply disagreed on how to achieve it. Whether true or not, that previous US-North Korea negotiations have failed due to lack of trust and hostility makes it hard to believe that disagreement can be overcome this time as well.

When North Korea in late July reportedly began to dismantle key facilities at its Sohae Satellite Launching Station, hopes were raised for a resolution of the issue. However, soon afterwards it was reported that US spy agencies had detected signs of North Korea building new inter-continental ballistic missiles at a plant near Pyongyang. The North thus continued to develop advanced weapons weeks after Donald Trump declared on Twitter that Pyongyang was “no longer a nuclear threat.” In early August 2018, a report by UN experts mentioned that North Korea was still operating a nuclear reactor producing fissile materials in Yongbyon, which deepens suspicions that the North Korea does not intend to take concrete steps toward denuclearization, as promised. An obstacle to a solution is that North Korea insists that US participates in a declaration to formally declare the end of the Korean War which will eventually be followed by a peace treaty. However, the US refuses to do so until North Korea shows any concrete signs of denuclearization.[4] Finally, since United States has never declared denuclearization of its own arsenal, it is difficult to expect North Korea to denuclearize.

The inter-Korean and the North Korea-United States summit are important steps to improve relations and accomplish security on the Korean Peninsula. However, both adopted declarations are weak in terms of enforcement mechanisms which potentially undermines their significance. Subsequently, though a few important steps have been taken to ease inter-Korean tensions, there are no signs that a resolution of the North Korean nuclear issue has come anywhere closer. North Korea has not ceased its nuclear program. The United States’ inconsistent stand after the summit on the time framework to resolve the nuclear issue has contributed to make a solution even more challenging. Consequently; while keeping difficulties to implement the declarations in mind, we can conclude that only time will demonstrate whether recent developments in inter-Korean and North Korea-United States relations will be a breakthrough or temporary thaws in relations when compared to previous ones.