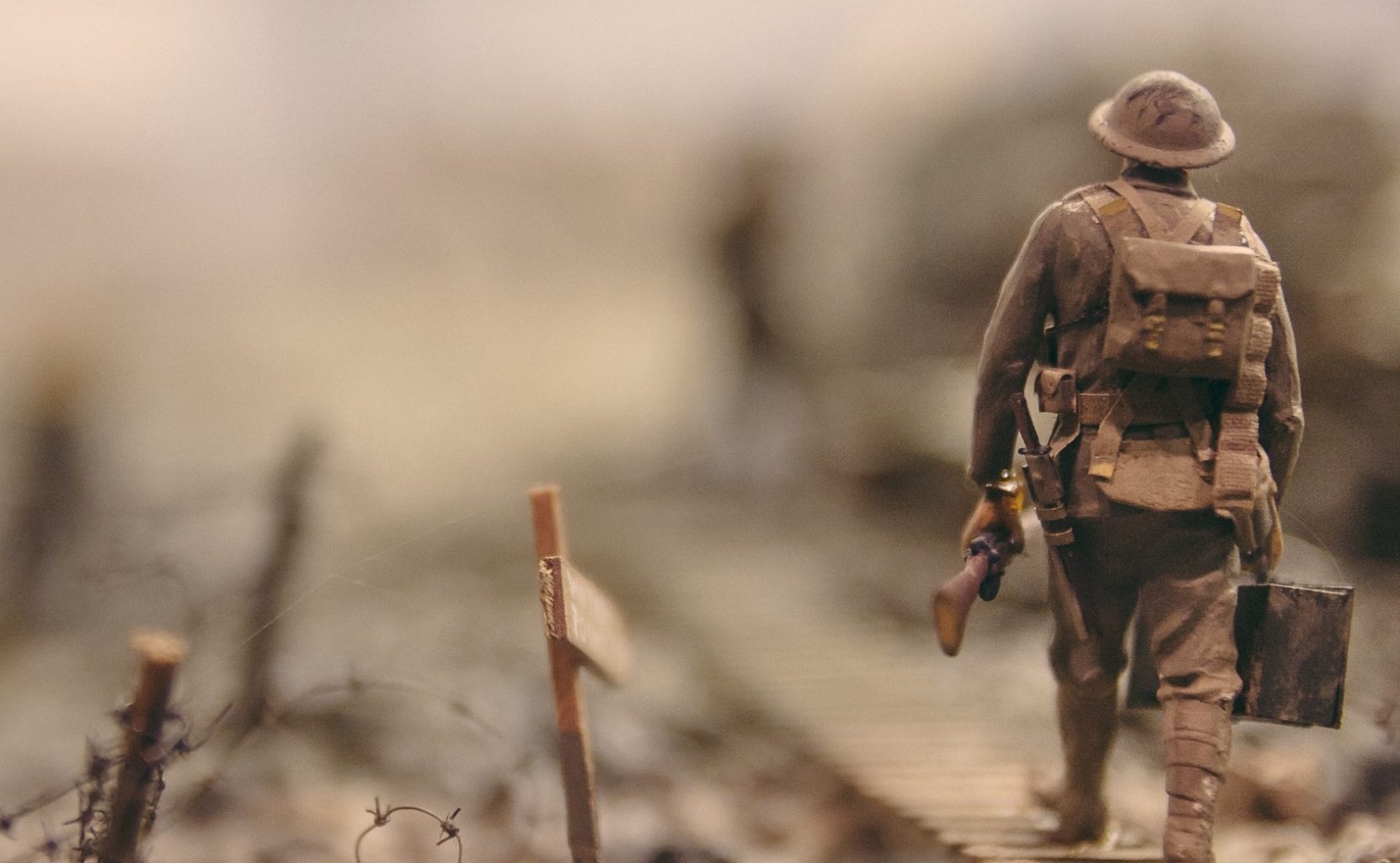 As the Turkish military Operation Olive Branch continues in northeast Syria, political and strategic NATO bodies continue to refrain from making any strong comments, either supportive or critical, on the operation. So far there have been only two statements from NATO, one of which was made by the Deputy Secretary General Rose Gottemoeller in her interview given to pro-Erdoganist newspaper Daily Sabah on 21 January 2018, right after the operation was launched. When asked about a possible Afrin operation, Ambassador Gotemoeller said “we recognize Turkey’s security concerns”.[1] This statement was used by the pro-Erdoganist media to create a perception in Turkey that high ranking NATO Officials were supportive of the operation. In the following days, only other statement made was by the Secretary General Jens Stoltenberg, during a joint press conference on 25 January 2018, stating “Turkey, as all of the countries, have the right to self-defense, but it is important that this is done in a proportionate and measured way”[2]. Is the Operation Olive Branch really a preventive self-defense issue for Turkey as a NATO ally, or is it something bigger that might have significant consequences for the alliance? May the current operation lead to an Article-5 situation in the near future? Does it, therefore, have to be evaluated carefully and strategically? In the following paragraphs, I will discuss the potential outcomes of the Turkish military operation Olive Branch for NATO at the strategic and operational levels.

Firstly, tensions between the US and Turkey over this operation, both strategically and operationally, may undermine the Alliance’s cohesion and solidarity. The ongoing dissension between two NATO allies over Syria has evolved into a war of nerves following the statements by the Turkish President Erdogan pointing out Manbij as the next objective for the Turkish military operation[3]. However, the US response was quick and clear saying that the withdrawal of the US forces from Manbij is not on their agenda[4]. Since the beginning of the Syrian war, this is the second time where the possibility of a military confrontation has arisen between two allies. First one was in 2016 during the Turkish Operation Euphrates Shield, when the US deployed armoured units to the frontlines to prevent any attempt by the Turkish forces to capture Manbij from the People’s Protection Units (YPG).[5] Apart from the current friction in Syria, dispute between Ankara and Washington may contaminate other fora within the Alliance as NATO’s decision making process, through which the decisions are made by consensus, may be negatively affected.

Secondly, current Turkish operation in Syria contains potential risks of a military confrontation with Syrian and/or Iranian forces (through their proxies) or of a direct Russian response to Turkish military assets operating in Syria. These risks have become more visible during the past week in two specific events. First one was when a Turkish backed military convoy was diverted/stopped by Russian and Syrian pre-emptive airstrikes in Idlib area along the convoy’s advance routes, although the convoy was not targeted. And the second event was the downing of a Russian jet by a man-pad in the de-escalation zone in Idlib area where Turkey is conducting a monitoring mission.[6]  If such chain of events takes place and/or carries the fight into Turkish (NATO) territory, the mess may quickly evolve into a situation where Turkey can invoke Article-5. Then how NATO would respond and act is a major issue? Another issue of concern is that if YPG responds harshly to the Turkish operation, can Article-5 be invoked against autonomous entities not reaching a level of state? Turkey pushed the panic button several times in the past as she initiated Article-4 consultation process[7] (4 out of 5 Article-4 incidents were triggered by Turkey, 2 of them were about Syria). Since Article-4 consultation is more about «talking» and Allies are not obliged to make concrete contributions, these consultations cannot be seen as a stress test for NATO. However, outcome of an Article-5 discussion at the NAC cannot be predicted and may fall short of Ankara’s expectations as there is a thick line between self-defense and national adventurism. But a possible frustration at Ankara may send negative signals to Eastern European capitals as well who are under constant Russian threat.

On the other hand, a reluctance at NATO Headquarters in dealing with Turkey’s concerns, mainly stemming from southern flank threats, may push Turkey further into Russia’s arms[8], which might enable Russia to use Turkey as a trojan horse within the Alliance.

In addition to NATO Support to Turkey (NS2T) mission[9], NATO has already been conducting a tailored assurance activity for its southern Ally since March 2016.[10] If Turkey attempts to further expand the current operation eastward in Syria, this might exacerbate the conditions for NATO and, any future NATO assurance activity in or around NATO’s southeastern borders, which will highly likely be necessary, will have to be conducted in an extremely chaotic theatre of operations where multiple combatants are active.

Turkey is one of the main troop contributors to NATO pool of forces and is known to bid for Very High Readiness Joint Task Force (VJTF)[11] 2021 as a framework nation.[12] With the Operation Olive Branch, Turkey uses its valuable military assets and enablers some of which might otherwise contribute to NATO pool of forces, including VJTF. Attrition of these assets/enablers will negatively affect both the ongoing NATO operations and the overall NATO preparedness/combat readiness.

On the other hand, any future disagreement between Russia and Turkey on the use of Turkish Air Forces over Syrian territory, which becomes highly likely after the downing of Russian jet or similar events, might endanger Turkish troops on the ground and even pave the way for the failure of the operation. This risk has become much more visible with the multiple ATGM hits on Turkish tanks in the past week. As the second largest military power of the Allied military apparatus, a possible Turkish Armed Forces’ failure in a limited operation in a neighboring territory will be perceived and marketed by Russia as NATO’s failure and/or military incapability on the ground. Besides, an allied armed forces’ intervention will become a heavier burden for NATO as the toll of the civilian casualties in Afrin continue to rise.

On the social consequences of this operation in Syria, some undesirable events in NATO countries, such as the brawl between Kurds and Turks in Hannover airport[13] in Germany, have revealed another dimension of the conflict. Turkey – YPG conflict may not remain limited to Syrian territory and may spread into other Allied territories where Kurdish and Turkish diaspora co-habit and where both sides can mobilize their supporters. Such a scenario may lead to deeper social and security problems which may affect multiple countries in Europe.

Also from the political side, the tension between Ankara and the western capitals has been increasing recently. Accordingly, Turkey will likely hear much more complaints within the NATO as long as she continues to ignore allied countries’ concerns[14] with regards to the Operation Olive Branch, some of which were expressed by French President Macron lately.

In conclusion, Turkey has reached the remotest point from its foreign policy principle formulized by Ataturk as “Peace at home, Peace in the World”, hinting at the necessary respect and non-intervention in other states’ territories. Founders of Turkey made tremendous efforts to find a place for Turkey in the West. Roughly after one century, having silenced all opponents, Erdogan and his ultra nationalist partners both from the left and the right political fractions are close to Eurasia more than ever. This choice entails considerable risks including a direct military confrontation with US and an irreparable crack in NATO.

[5] YPG belongs to the same umbrella organization as Kurdistan Workers Party (PKK) separatists fighting in Turkey’s mainly Kurdish southeast since 1984. Turkey sees the PKK and YPG as one and the same.

[9] “The Turkish Government has requested that NATO augment Turkey’s air defence capabilities to defend the population and territory of Turkey. On 4 December 2012, NATO Foreign Ministers agreed to this request.” https://www.nato.int/cps/ua/natohq/topics_92555.htm?

[11] “The VJTF comprises a multinational brigade (approximately 5,000 troops), with up to five manoeuvre battalions, supported by air, maritime and Special Forces.” https://shape.nato.int/nato-response-force–very-high-readiness-joint-task-force