A Critique on How Terrorism Ends: Understanding the Decline and Demise of Terrorist Campaigns 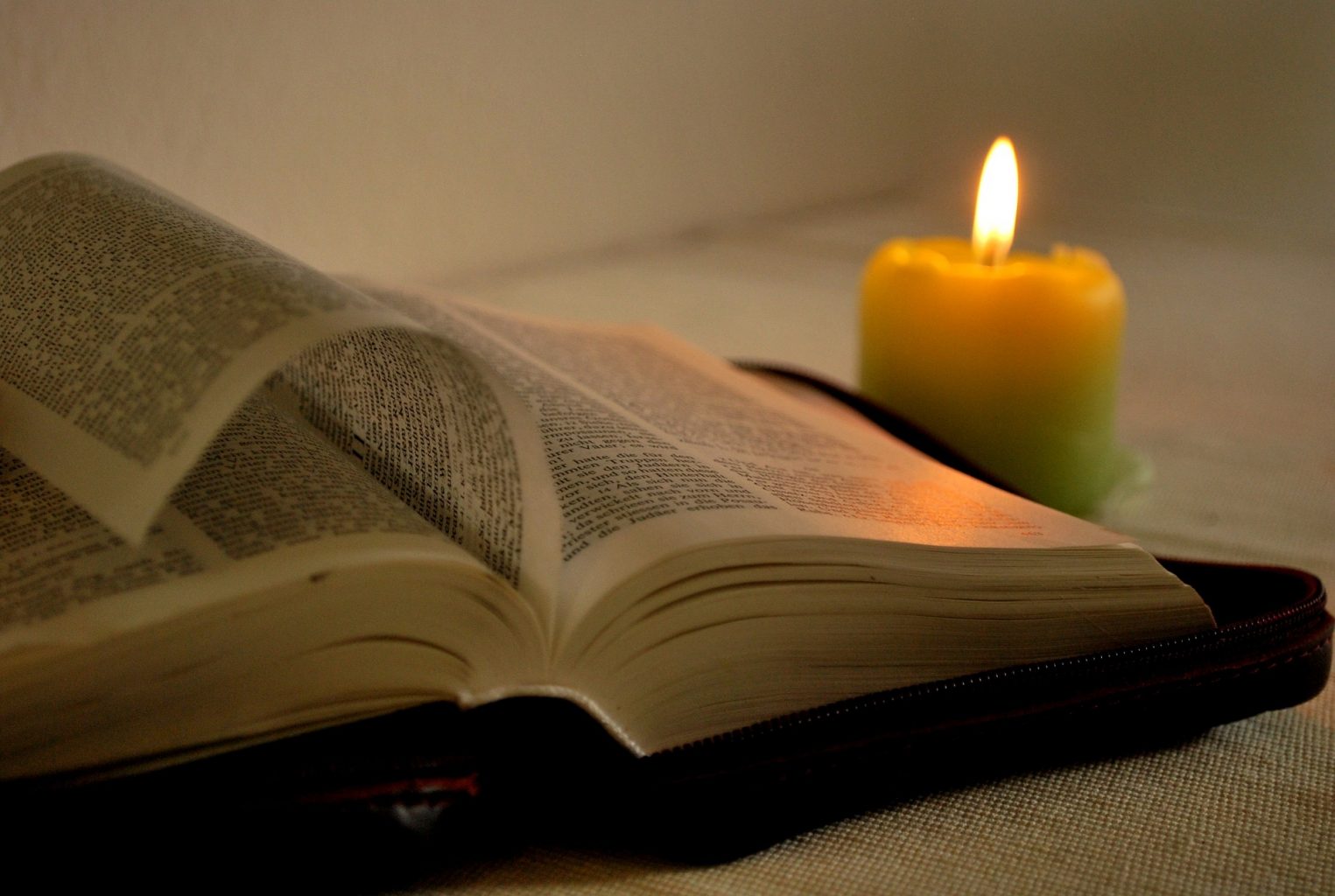 The aim of this paper is to critically analyze the 2011 book ‘How Terrorism Ends: Understanding the Decline and Demise of Terrorist Campaigns’ by Audrey Kurth Cronin.
The Author is a professor at the School of International Service at American University in Washington, DC, and has an additional position at the same university as a professor of International Relations. Her area of focus is mainly the terrorism and she focuses largely on al-Qaeda.  She has authored other books including ‘Ending Terrorism: Lessons for Defeating al-Qaeda and Ending Terrorism: Lessons for Policymakers from the Decline and Demise of Terrorist Groups’.

Unlike other scholars in the field of terrorism, Cronin, in her book ‘How Terrorism Ends’, focuses on how terrorist campaigns end rather than the root causes of them.

She argues that the United States and its allies should concentrate on analyzing the historical cases in order to build a clear strategy in their fight against terrorism, especially with al-Qaeda. She states that understanding how the previous terrorist campaigns end will shed light on our fight against the current ones. Cronin builds her concept on the interaction between three actors: “the group, the government, and the audience”. According to Cronin “the only way to understand how terrorism ends is to analyze the dynamic relationship between all three actors: group, target, and audience” (Cronin, p.8). After analyzing the relationship, she states that the endings can be examined under six pathways: decapitation, negotiation, success, failure, repression, and reorientation. In the first six chapters of the book she examines these six pathways by giving examples from the conclusion of several terrorist campaigns. In the final chapter, she tries to figure out which lessons from the previous ones can be applied to the al-Qaeda case.

The overall composition of the book is well organized and the arguments are explained very clearly. The introduction contains a concise summary of the whole book. Most of the sections in the book outline specific cases from across the globe. However, one can easily understand the main idea by reading the introduction and the seventh chapter.

The title of the first chapter is decapitation. According to Cronin the term “decapitate” can be understood in two ways. First one is to capture and arrest and second is to kill the leader of the terrorist organization. The most important decision that should be made by the authorities is whether to capture the terrorist leader alive or not. Both options have negative and positive aspects and should be analyzed and evaluated carefully as there is no clear-cut solution that can be applied to every terrorist organization. Historical data show us that the first option is more effective than the second one. States can make use of the first option if they can manage to isolate the leader from the rest of the group, provide a free trial, and profile him/her as a criminal or persuade the leader to cooperate with the state which may facilitate the demise of the terrorist organization. Eliminating the leader can be seen as a better option at the first glance. However, historical case studies usually demonstrate quite the contrary. Killing the leader usually backfires and attracts many new members who are ready to sacrifice themselves for the cause of the group. For the “decapitation” pathway Cronin outlines, I agree with that it is an effective method but not enough to end a terrorist organization alone. States should have “an accurate understanding of the nature of the group and the narrative that drives it” (Cronin, p.34).

Another pathway to ending terrorist organizations according to Cronin is “success or achieving the objective”. In chapter 3, Cronin mentions that according to historical data only 5% of cases manage to reach their end state and terminate their terrorist activities.  Cronin states that the average life span for the terrorist organization is around eight years and the ones which survive longer and achieve their objectives are the groups that connect themselves to an anticolonial or nationalist cause or open ended causes such as religion. After examining the case studies, she points out that under four conditions terrorist organizations can reach their objective. The conditions are well-defined and attainable goals, adaptation to historical, economic and political changes, replacement of terrorism with more legitimate uses of force, and gaining international sympathy and support. Cronin concludes that in the modern era, success can be discussed as a way of ending terrorism only in case of achieving the legitimacy of a state. In today’s world, where most of the borders were determined by post world war agreements, some areas, such as Middle East, are appropriate to set off this kind of campaigns.  For example, Kurds are taking firm steps forward to achieve their goal of having an independent Kurdish state first time ever in their history thanks to ongoing crisis in Syria and Iraq.

Although Cronin has outlined four conditions in which terrorist organizations can sustain and prolong their survival, failure is the most frequent ending. Internal disagreements or conflicts (implosion) and loss of popular support (marginalization) are two main reasons for the failure of the group. Cronin points out four typical scenarios for group implosion in which terrorist groups fail when they could not handle the situation. Some of these scenarios involve not being able to transfer the cause to the next generation, infighting and fractionalization due to different interpretations of the cause, loss of operational control, and voluntary exits from the organization. In terms of marginalization, sometimes groups experience this when their ideology does not attract people anymore or when they lost their contact with the population. Furthermore, indiscriminate killings may also result in a backlash and bring the group to an end. However, as Cronin mentions, terrorist movements never end if the governments “sit back and wait for” the campaign to end.

The fifth chapter of Cronin’s book examines the brutal use of force against terrorism. Repression is usually the first thing that comes to mind and the most commonly-used method by states to suppress the terrorist campaigns. Although it is a well-known fact that the states tend to use force to defeat a terrorist organization, in reality, it is exactly what the terrorist groups want. Terrorist groups usually provoke states, then fragment the societies and mobilize the masses for their cause. Cronin mentions that “repression is the dominant initial response” which enables the state to think about other possible ways of dealing with the problem. In my opinion, this is a win-win situation at the beginning and both sides benefit from it.  However, given examples in the chapter demonstrate that repression is useless in the long run.

In chapter 6, titled, Reorientation, Cronin examines transition of terrorist groups into other forms of violence. This transitioning can be in several ways such as transition to criminality, insurgency or to conventional war. Colombia and the FARC, and the Philippines and Abu Sayyaf, demonstrate how terrorist organizations can turn into criminal groups. This is advantageous for government forces as fighting criminal groups is always easier than fighting terrorist groups. However, if the terrorist campaign transforms into insurgency then the situation becomes more problematic and complicated for the state because insurgencies “aim at replacing the current regime and usually behave as pseudo-armies” (Cronin, p.154). However, states never acknowledge this kind of transition because usually the third parties, who support the terrorist group, label it as insurgency. Terrorism may also lead to major wars such as WWI or the ongoing war between India and Pakistan in Kashmir. For Cronin it does not matter what we name it “success or failure in mobilizing [one of them] determines the form of violence will take” (Cronin, p.166).

Cronin moves on in Chapter 7 to focus on determining which lessons learned from the historical cases can be applied to al-Qaeda case. According to Cronin, al-Qaeda is quite different in many aspects from the traditional terrorist groups. She highlights these differences under four titles: resilient structure, methods of radicalization, means of support, and means of communication.  Although most of the previous terrorist organizations had the same characteristics, Al-Qaeda’s ability to harmonize the blessings of the modern world with the traditional terrorist tactics differentiates it from the previous groups. In her analysis of six scenarios, she mentions that decapitation would be useless. The killing of Osama bin Laden in 2011 proved her right as al-Qaeda still exists and thrives in certain areas of the world. Cronin sees no hope for other conditions such as for negotiations, achieving the goal, and crushing with force but does see an opportunity in the condition of failure through diminishing popular support. Further, the rise of ISIL in Syria and Iraq shows us that al-Qaeda is also prone to infighting and fractionalization. Additionally, Al-Qaeda lost its operational control in the ISIL case and more radicalized members have split and have chosen to fight alongside ISIL. According to Cronin, al-Qaeda will turn towards criminality or full insurgency like many other groups have throughout the history. In fact, “according to some analyst it has already done so”.

Cronin concludes that although it is necessary to think about how terrorism ends, it does not diminish the threats emanating from terrorism. However, it offers the best option in our fight against terrorism. She highlights that terrorism “always fails as long as policymakers are wise enough to avoid ceding power to this treacherous use of force” (Cronin, p.206).

The book and chapters are well-organized and this makes an excellent and easy-to-follow.  The use of historical case studies enables the reader to understand the main arguments better. Further, Cronin’s approach differs in that her focus provides policy-makers evidence and methods to create policy to defeat these groups, instead of focusing on the story-aspect of the rise of terrorist groups. She does this by providing concrete data from historical examples that can be applied in the fight against terrorism.  For me, reading this book gives you an in-depth knowledge which is not swayed by any political leanings, but on using historical examples to provide a way forward. It makes you realize that you should look at the situation from different views. Everybody dealing with terrorism issues should read this outstanding book.