Will Mikati Be Able to Sail Lebanon to Safety from Current Turbulent Waters? 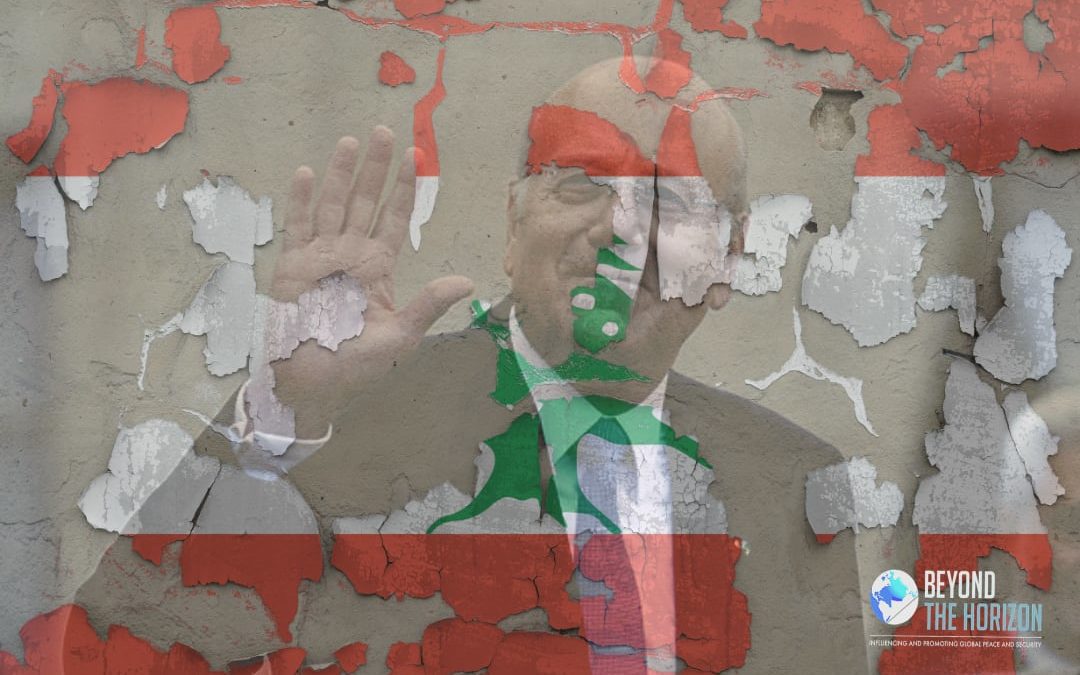 Since the start of the revolution in October 2019, Lebanon has been grappling with political and economic crises. The devaluation of the Lebanese Pound that started to show itself in an unusual way with the 1975 Civil war, gained extreme momentum with the latest unusual social unrest. Beirut Explosion in 2020  aggravated this situation, leaving Beirut and the headquarters of Public Institutions of Lebanon in utter devastation. Since 2019, there have been several attempts to form a “rescue” government. First came the nomination of Hassan Diab as Prime Minister, who formed a technocrat government. His government had to submit its resignation after the escalation of social unrest in the streets in the aftermath of the Beirut Port explosion. Right after, Saad Hariri, the Previous Prime Minister was also nominated. However, due to disputes with the President and the FPM party and the inability to find compromises, his effort did not yield positive results.  Most recently, upon https://behorizon.org/now-what/between Hezbollah, Amal and Future movement bloc, Najib Mikati, former prime minister and an international businessman, has been nominated to form the new Lebanese government. His nomination and the future of Lebanon is a matter of concern as it will have great repercussions for the region and Europe from political, economic and security perspectives. Against this backdrop, this paper will analyze Mikati’s background, policies and aspirations as building blocks for being able to answer this question.

Claiming to enjoy international support from the United States, France, Saudi Arabia, and other countries, Mikati pledged that he will name a cabinet as soon as possible during parliamentary consultations on July 26. In the run-up to his designation, the two majoritarian Christian parties, FPM and Lebanese Forces were against while Hariri’s Future Movement, Hezbollah, Amal Movement, and Al Azm – majoritarian Sunni/Shiite parties – were for his nomination. He received 72 of the total 118 votes of MPs.

According to the Lebanese constitution, Prime Minister is directly appointed by the President, without any need for a vote of confidence from the parliament. Yet, the current crisis in Lebanon, with all its complexities, dictates extra caution in interpreting this rule.  In this regard, it is important to take into consideration the mass protests since 17 October 2019 against the whole system, and the demands for a new independent government which is the only way for change, and economic and political reforms. There are several question marks revolving around the popular consensus of the appointment of Najib Mikati, as he has been a part of the political elites that have failed to safely rule the country. a part of the old regime that has been appointed as a prime minister twice, which contradicts people’s demands on the streets. He has served as Prime Minister twice, which contradicts people’s demands on the streets. So, his nomination and the changes he will usher runs the risk of not attaining legitimacy based on public approval.

It is arguable that one reason for Mikati’s nomination is to preclude a new wave of mass protests like the one that started on October 17 at home and abroad. With the move, Lebanese political elites continue to stoke false hopes that an internal solution exists. The currency devaluation, shortage in gas and electricity as well as in medicine,  increased the fear of a new wave of protests in the streets. Hence, it is important to take actions that show change for the political establishment to preserve its status.

Another reason of why certain parties pushed to nominate Mikati is their intent to use the resultant government for navigating the next parliamentary election in May 2022 in their best interest. While avoiding social unrest could have a temporary effect, guaranteeing the next round of elections will give them a long-term presence and impact in the Lebanese political landscape.

This move aims in a way to counter people’s demands for a new electoral system; one that would take into account every citizen’s vote and would help emerging independents have a say in the administration. The last electoral law of 2018 – which was designed by the same old elites has resulted in very limited change and many Lebanese have been skeptical about its benefits to them. The electoral system has a winner-takes-all approach in which parties that pass a threshold of a minimum of 20 percent of votes in a given district are awarded seats according to the proportion of their votes. This eliminates chances for new rising candidates and emerging of different political figures on the political scene. Thus, the electoral law is proportional in form, but Majoritarian at heart.

Given the elite interest, Mikati will likely safeguard the current electoral law that preserves seats for the same establishment and clear the way for independent candidates outside the traditional political class.

Who is Mikati and his potential for change

Mikati has already served as prime minister twice, in 2005 and again in 2011-2013. In both cases, Hezbollah essentially imposed him on the country to serve its own interests. this has a negative effect on the international community. Hezbollah, a recognized terrorist organization by a large portion of states, has been the source of several sanctions imposed on Lebanon based on its relationship with Iran, Syria, and Ensarallah (Houthis) in Yemen and its further taking role in their regional initiatives in respective countries. Hezbollah’s involvement in the interior affairs of the state will not help in lifting up sanctions. On the contrary, it will attract more sanctions from the US and EU, which would worsen the currency devaluation caused by the lack of dollar flow.

Mikati is no outsider—a billionaire from Tripoli, he has always been part of the order. He has been repeatedly charged for using his political influence to grow his businesses and assets. Accusations against him include a 2019 charge that he illegally profited from housing loans due to deals he struck with Central Bank governor Riad Salameh. The case was not brought to trial, but the charge was never cleared either. Therefore, the question of serious reforms and change could be questioned.

Questions around the effectiveness of reforms:

A real change that would fundamentally ameliorate the institution of politics in Lebanon and reciprocate Lebanese protesters’ demands would be a change in the electoral law that would adapt it to the proportional system. The new law could make Lebanon a single electoral district, without sectarian or regional distribution of seats. That could as well reduce the importance of Sectarianism in Lebanon, a political tool used by people in power to offer rights as “favors”, in exchange for long-term “loyalty”, a sort of clientelism.  Especially in larger electoral districts, the ability of small groups to reach the House of Representatives and to make their voice heard would be easier. Lebanon’s adoption of a single electoral district would also encourage political parties to build alliances amongst each other at the national level, not at the sectarian, regional, or political level. The change would contribute to transforming the elections from “vote for people” to “vote for ideas.”

Forming a government during this crisis is crucial. However, its formation is not enough. The new Lebanese government should have short- and long-term social, economic, and political plans to sail Lebanon to safety from current turbulent waters. Mikati’s nomination to form a government does not raise hopes for either the International Community or for a large group of Lebanese people.

The political class persists in proposing options that represent their own elite interests rather than pursuing the serious institutional reforms the country and the people so desperately need.

Furthermore, the ruling class prefers controlling a failed state over allowing reforms that chip away at the power they gained in the 2018 parliamentary election.

Being a part of the status quo, Mikati will play a role in preserving the status quo by announcing an electoral law for the benefit of the political elite who served since the end of the Civil war and are the main reason for the economic deterioration of the country.

Potential donors led by former colonial power France have pledged millions of dollars in humanitarian aid with sole condition of a functional government capable of tackling corruption. The French foreign ministry on Monday said it was urgent for Lebanon to form a “competent and capable” government to implement reforms “essential to the recovery of the country”. Mikati’s appointment does not indicate a clear reform intent, and it is unlikely that the EU and US sanctions will be lifted, which -if removed- could help the financial crisis in the country.

Mikati is also trying to a 4 billion dollars soft loan from the IMF. However, Mikati probably will not be able to implement all the conditions set by the IMF during his short term, which will not be longer than 10 months, as the country prepares for new parliamentary elections.

Serious economic and political reforms are neither planned nor does Mikati have this as an item in his agenda in the current status. The financial collapse increase in size day by day. In this context, sailing Lebanon to safety seems unrealistic at the moment.

Lynn Madi is a project assistant intern at Beyond the Horizon ISSG.