by David Bailey | May 22, 2017 | Research, Terrorism and Counterterrorism, Terrorism, Conflict and War 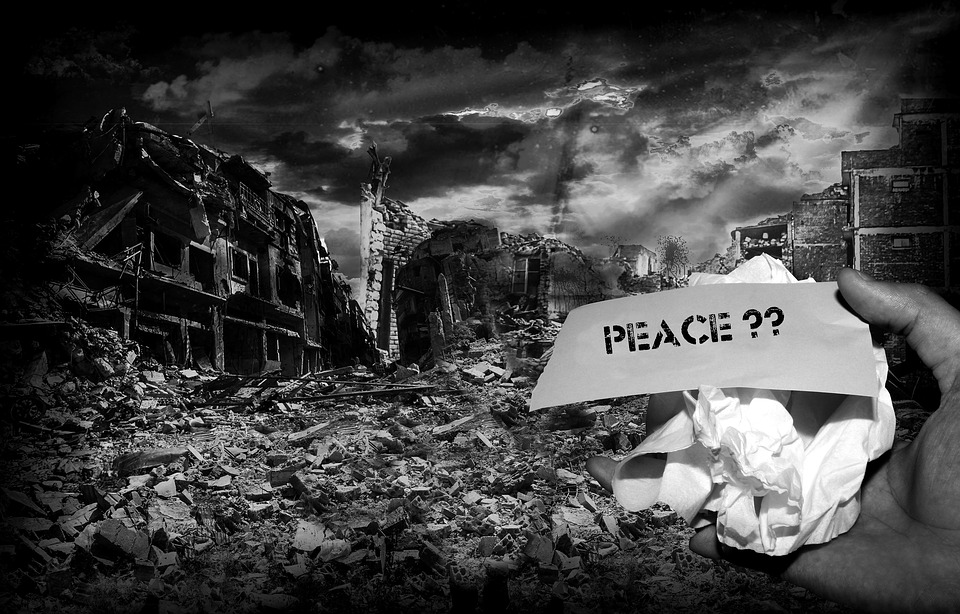 Three major factors caused international terrorism to rise in the second decade of 21st century.
First, the power vacuum and instability in Middle East and Sub-Saharan Africa – caused / triggered by the Arab Spring and the corrupt governments/failed states. Second, religious disinformation, and third, exploitation of social media which empowered messages of terrorist organizations for finance and recruiting.

The mass protests that started in Tunisia and rapidly spread to other states in North Africa and Middle East have flourished expectations that authoritarian regimes in these regions would face democratization process soon. (Abushouk, 2016) However, only Tunisia has performed well-established improvements in political life while other regimes either struggle to survive or experience severe trauma during the process. Yemen has been experiencing civil war which worsens each day with no foreseeable peace while Libya has competing factions struggling for sovereignty and has exported terrorism from southern borders. (Abushouk, 2016, p. 66) Egypt has somehow achieved limited stability despite political shocks with a military coup and terrorism is threatening the country inside its borders. Syria is still in civil war with numerous terrorist groups craving for some sort of autonomy and power. While Arab Spring unquestionably challenged the existing power and authority of autocratic states in Northern Africa and Middle East, it is contentious that current state-public relations are more democratic and stable than before the Arab Spring (Bülent Aras; Richard Falk, 2015, p. 322).

Failed and failing states emerged after the Arab Spring created a power vacuum around the North Africa and Middle East region. Moreover, terrorist groups enjoy bad governance in a particular territory and can find safe bases in failed or failing states. As a result, these failing states either have exported or attracted international terrorist groups to recruit and supply their operations in these safe havens. Libya, a failing state according to Fragile States Index 2016 (Fund for Peace, n.d.), poses a safe territory for international terrorist groups. Mouvement National pour la Libération de l’Azawad (MNLA), an ethnic-nationalist group based in northern Mali, enjoyed the support of terrorists from Libya, namely Al-Qaeda in the Islamic Maghreb (AQIM) while gaining control of territory in northern Mali in 2012. France responded by launching Operation Serval to eliminate the coalition of militants who initiated an attack to fully control the state in 2013 (Chafer, 2016, p. 141). French initiative was supported by UN and was authorized by the legitimate government of Mali, succeeding in diminishing the cross-border threat emanating from Northern Africa. In the end, AQIM was not eliminated but forced to move to southern Libya (Boeke, 2016). Furthermore, corrupt and autocratic governance in Northern African countries with Muslim majority population creates a desperate, illiterate, and angry youth, and thus facilitate the recruitment efforts of al-Qaeda and other terrorist groups (Cohen, 2013, p. 68).

ISIS, with strongholds in Iraq and Syria, arguably enjoyed the freedom of space and power vacuum after the exit strategy of the United States following a long-run insurgency operation after the invasion of Iraq in 2003. Though ISIS emerged from Al Qaeda in Iraq (AQI), it followed a more brutal way of terrorism with little constraints compared to al-Qaeda (Brown, 2015, p. 203). The group focused on liberating a geographic area spanning from Syria to Iraq, and hit civilian targets in Europe by lone-wolf cells (Brown, 2015, p. 206). After the invasion of Iraq in 2003, Sunnis lost their power in governmental institutions and administration that led to a strife between Sunni and Shia constituencies. ISIS perfectly exploited this strife to recruit militants from vulnerable and unhappy Sunnis though ISIS did not rely solely on domestic Sunnis. Ironically, while Sunni Saddam Regime marginalized Kurds and Shias and led to division among population of Iraq, nation building of Iraq favored Shias. The United States has followed a distinct policy in the fight against ISIS, and did not directly interfere until ISIS proved that it can win against the Iraqi Army. After taking over the Office, Obama administration focused on withdrawing all boots on the ground and neglected the democratic transition process in which both Kurds and Sunnis were marginalised. His policy can be dubbed “Strategic Absence” that included “minimum military footprint in regional conflicts, cooperation with regional partners instead of direct involvement and narrowed understanding of American interests” (Williams, 2016, p. 85). This policy did not help to stop ISIS threat which captured Mosul, one of the biggest city of Iraq. The United States has partnered with Kurdish groups and Iraq to stop ISIS in Iraq by offering weaponry and contributing with air strikes (Williams, 2016, p. 91). When this article was being prepared, Iraqi Army was still fighting to retake the city with the help of the United States.

ISIS enjoyed the porous border between Iraq and Syria when launching offensives and fighting against regime forces and international coalition. Since the ISIS-controlled territory in Iraq contains oil fields that funds the group’s activities with more than $1 million a day, ISIS could act independently from international donors and supply its operations better than any other previous terrorist group (Kan, 2014, p. 71). This unprecedented financial success led ISIS to buy lethal weaponry and goods.

Religious indoctrination is not a new phenomenon for the second decade of 21st century, but, ISIS emerged as a unique example that could attract foreign fighters using religious motivation. Some of its actions using religious disinformation include; slaving population in “conquered” territory, plundering goods in “conquered” villages and cities, glory of being martyr, suicide attacks, and beheading of captured people and civilians.

ISIS has behaved Yazidi population as slaves and prized its fighters with slaved Yazidi women. Yazidi women were subjected to gender-based crimes like rape and beating by ISIS fighters. While most of Muslim population enjoyed a little protection, Yazidis, as religious minority, had no such protection (Chertoff, 2017, p. 1059) Ironically, ISIS bureaucracy disseminates fatwas that permits such gender-based crimes with religious texts like Quran. However, these fatwas only distort the meaning of religious text to favor their operations (Chertoff, 2017, p. 1062).

ISIS has used suicide attacks extensively like other terrorist groups. ISIS assures its fighters that if they are killed in action, they will become martyrs in fight to consolidate and protect “caliphate” which is a religious authority in Islamic world that lost its meaning since 9th century. This motivation differs from the Hamas fighters who are mostly recruited domestically and might be motivated by being martyr and winning paradise while “liberating” Palestine soil (Hoffman, 2006).

Apart from religious misbeliefs, ISIS fighters have common social trauma especially in non-Muslim countries. Many militants have experienced a dual alienation problem at their home country, both in their ethnic culture and majority culture of the country they resided in (Perry & Long, 2016) (p.1). These setbacks innately produced a desire for individual power and dignity which was absent before. ISIS bureaucracy carefully feed these social identities by prizing its fighters with money, women and dignity.

ISIS disseminates magazine, uses blogs, social media and YouTube to reach its target audience for propaganda. Most of the videos uploaded to internet have high resolution, and professional shooting. ISIS has been using a comprehensive and high resolution videos for recruitment, producing fear in western countries and subject populations. The videos include beheadings, ambushes, attacks, torture, and mass murder. (Perry & Long, 2016) Media campaign led ISIS to recruit many foreign fighters including from western countries. Convincing media strategy is one of the main factor that creates impulse to leave a decent life in western countries for the “caliphate”. ISIS emphasized to bring back “the golden age of the caliphate” as a message in its media productions. (Perry & Long, 2016, p. 6) Social media, blogs and even chat rooms of video games create safe zones for terrorist groups to search for potential recruits. Though Twitter, Facebook and Google stressed that they would restrict the use of social media in 2016, they were all subjected to prosecution afterwards (Softness, 2016, p. 201). However, internet allow users to upload media in seconds and a complete success is unattainable no matter how fast Twitter or Facebook ban accounts that promote terrorism.

Miscalculated exit strategies implemented in Iraq and Afghanistan worsened the internal division between ethnic and religious groups. Moreover, international response against ISIS was late and still not in enough cooperation which has been subjected to setbacks because of different agendas of different countries.

ISIS for sure has a deviant interpretation of Islam/religion. To counter its arguments, key leader engagement is important and to achieve this, Muslim clerics who give positive messages should be supported. The Muslim youth has to hear more voices coming from their own community which propose a life with respect to other belief systems.