Why Nations Do Not Fight Against Problems? “Nothing New Under the Sun” 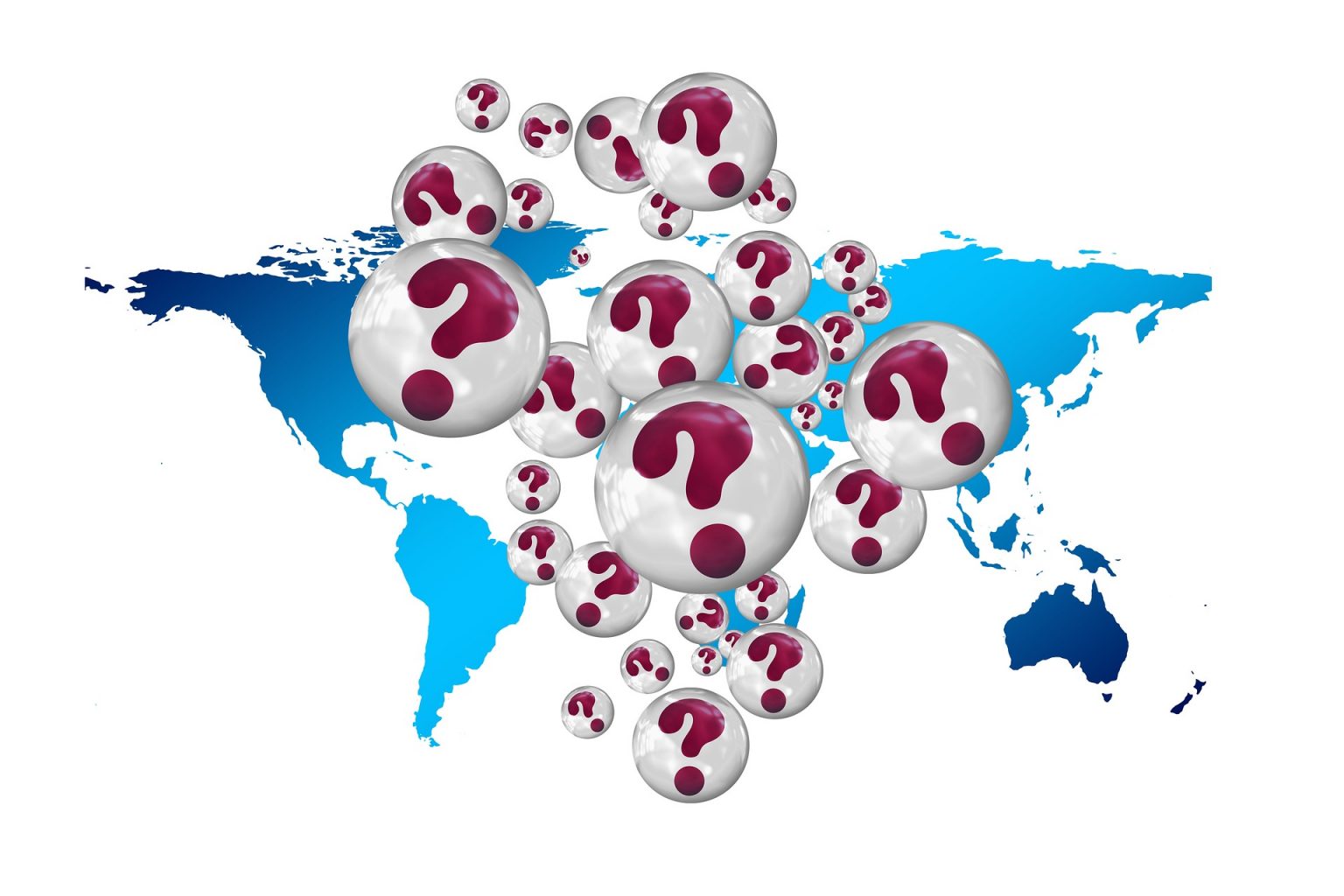 “There is nothing new under the sun” is a biblical idiom refers to the thinking that the essence of human life remains unchanged.

It doesn’t mean that nothing changes. We cannot ignore the inventions in technology or the advances in various lines of social life. However, there has been an essence of life, which is constant as it has been for ages; human being becomes sad when his close ones die, human laughs when he hears funny stories, human gets angry when his interest is in jeopardy. The things that make the human satisfied may change, however, one thing never changes; human being always wants to be satisfied. Similarly, wisdom of Thucydides (c.460 B.C.–c.400 B.C.), Athenian historian and general, on the causes of war, as he suggests three causes of war- “fear, honour and interest”- are still widely accepted today.

In this sense, I claim that the solutions to the many fundamental problems of international relations are known in essence. However, they are either ignored by nations or cannot be executed due to the difficulties in translating the essence into the contemporary circumstances. This paper is composed of two main parts. First part includes three prominent examples to those problems whose solutions are known in essence and second part seeks answers to the question of “why solutions are not adopted by the nations.”

Migration, Terrorism and Radicalism are three international problems which frequently occupy the agendas of developed countries. Everybody knows that migration, terrorism or radicalism cannot be fought against effectively unless the root causes are not addressed. EU might do agreements with Turkey to the detriment of her founding values, NATO might sail her forces in the Aegean Sea to regulate the transitions of immigrants or US might build the wall on its southern border against Mexicans. All of them are the fights against the symptoms. As long as the developed countries do not fight against the root causes, which are mainly illiteracy, poverty and security in the origin countries, nor they regulate the international system, assumed to be under their control, in a way that allows all countries to live peacefully -I am aware that it is easier said than done-  they continuously have to struggle with increasing number of immigrants. It doesn’t mean that we don’t need to fight against the symptoms, but it is indispensable to create an international system that allows to coordinate the efforts on multiple facets, including migration, sharing information about terrorism etc. Current efforts employed against symptoms might change depending on the nations’ capabilities at hand, or technologies that they have at the moment; however, they don’t present a permanent solution. In short, for an optimum solution against migration, terrorism and radicalism, nations should invest in removing root causes in the long term while fighting against the symptoms simultaneously.

The second example is about the War Against Insurgency. Insurgency has a subtle meaning in the sense that insurgents, who usually fight against an established government, might be perceived in different ways. One’s terrorist might be a freedom fighter for another. However, if we take the case purely from military point of view, I believe there is a proper way of fighting an insurgency-type warfare, which could be summarised with Roosevelt’s famous quote “Speak softly and carry a big stick; you will go far”. Discussions on this issue range from using effective hard-power against insurgents to the soft-power measures including understanding the culture of population or winning “hearts and minds”. But again, the best way is to follow the balanced approach. As many documents rightly suggested, main goal in insurgency operations is to gain legitimacy over the population. There are two main motives that have impact on the population. One is the “fear” that insurgents created with their hard power, and the other is the “hope” for their future, which will provide them, at least, with basic human rights. Both motives should be addressed. Therefore, nations must have necessary military skills to fight against insurgents, only to use in compliance with universal human rights and also robust enough to deter them, while providing all legal, economic and social rights of the population in question.

The last example is about the nature of Peacekeeping Operations. UN peacekeeping operations have evolved from observer missions in 1950s to the “use of force” missions in 2000s. Peacekeeping forces are more frequently deployed into ongoing conflicts whereas they have been traditionally deployed after peace settlement, mostly to preserve treaties. Today, there is no peace to keep where UN forces are deployed. Inherent limitations such as “poor standard of many of the military units”, “critical deficiencies in communications, transport and intelligence”, and “the absence of unity of command” (Berdal and Ucko 2015, 8) became more important in current volatile environment. UN forces might have to use force to protect its own forces or civilians not only just for self-defense, but also to neutralize armed rebellion. Intense discussions continue on whether it is possible for UN to bring peace by using force and comply at the same time with its fundamental principles, which are “the consent of the parties”, “the impartiality”, and “non-use of force, except in self-defense and defense of the mandate”. (United Nations Peacekeeping Operations Principles and Guidelines 2008) I believe, among many limitations, the most pressing one is the question of how best to translate tactical and operational-level successes into lasting political gains. Main question for UN missions boils down to how the use-of-force can serve the long-term strategic objectives. (Berdal and Ucko 2015, 10)

There is no doubt that capability deficiencies, such as the poor standard of military units, should be remedied. Furthermore, current operational environment- where the intra-state conflicts last long, in most cases until the root causes are remedied- requires UN to have an organizational structure that allows it to develop a sound strategy in the beginning of the mission, to decide minimum use of force where necessary, to execute comprehensive approach to promote military and civilian efforts simultaneously, so that they could identify the root causes of the conflict and begin addressing them. Given the fact that conflicts in which UN forces were deployed are no longer observer missions, pure military solutions become irrelevant. In short, a more holistic approach is needed in peace operations.

Assessment on “Why Nations Do Not Fight?”

As it is suggested in the introduction and demonstrated in the examples above, solutions to many problems are known. If it is the case, then, why do nations not simply apply those solutions? I would present five potential answers to this question:

Firstly, politicians or decision-makers know the true recipes for the problems. However, those recipes usually require long-term investments which do not provide any benefit for the politicians during their tenure. Long-term efforts usually don’t provide concrete results to claim credits for their political ambitions.

Secondly, pragmatism has become the norm in international relations and it could easily surpass the principles and the ethics. EU, for instance, does not hesitate to make a refugee deal with the Turkish government in defiance of international and Union’s norms even though Europe has a huge background to perceive the consequences of appeasing authoritarian regimes.

Thirdly, stalemate between national interests and international principles constrain politicians from following the true path. National interests might stem from very pragmatic reasons, such as unwillingness to share the wealth with poor people from other nations or they might stem from deeply rooted bias, such as hatred against “the other”. Some politicians are well aware of that they don’t follow the right path, but they can’t resist to national bias. Other politicians are biased themselves. But in the end, usually, the winner is internal dynamics in the clash between national and international affairs.

Fourthly, in a globalized world, international affairs do not let any single nation to solve the problems by herself. It is indispensable that nations cooperate, which is quite difficult in a world where huge number of parameters impact the problem solving processes. Besides, international actors, like UN or EU, which have the potential to provide such coordination, do not have sufficient capacities in practice.

Lastly, policymakers, thanks to the advances in communication and mass media, are so busy with day-to-day business that they don’t have time and energy to invest in long-term projects. Most of the problems need to be cured with measures both in short and long term simultaneously. I don’t claim that nations do not make long-term plans. I suggest, when compared to past, politicians are far less available to allocate their times for longer term measures and holistic plans.

As the years pass by, we get used to hearing ever-lasting discussions on some particular international problems, especially about what the ways are to deal with them or whether it is even possible to solve them. In this paper, I dare to claim that solutions to many problems are more or less known, but the real problem lies in either current structures and values of those nations in power or lack of required will of national/international actors.

Needless to say, there are more examples to be discussed than three examples presented here. Besides, I didn’t go through the details of solutions in above-mentioned examples, which is out of scope of this paper. One big issue that I want to emphasize in this paper is that we don’t discuss the right topics to find solutions. There are still many discussions in the media or in academic circles on what the ways of fighting against problems are. Instead, I propose to discuss why we don’t/can’t fight against the problems.

Berdal, Mats, and David H Ucko. 2015. “The Use of Force in UN Peacekeeping Operations.”