Who Will Rescue American Babies From ISIS? 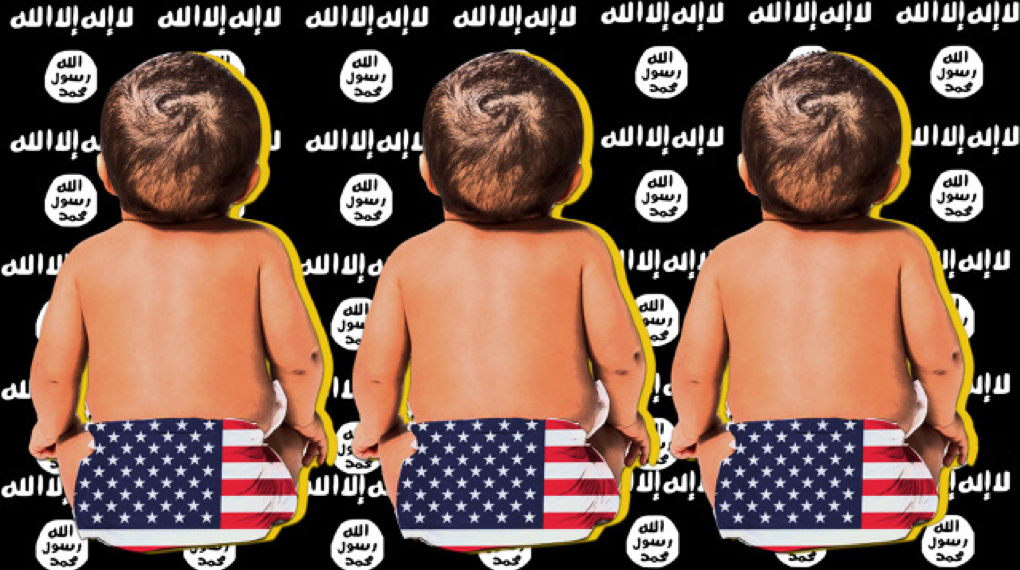 A recent PBS series highlighted the case of an American mother, Samantha Elhassani, who took her two American children into the so-called Islamic State and had two more babies there with her Moroccan husband, who became a member of ISIS. Her two eldest children, now 10 and 5, were U.S. passport holders, and the younger two are eligible for U.S. passports as they were born to an American citizen.

The question raised in their case, and those of children like them is: Do they deserve to be rescued by the United States? And it’s likely they are not the only ones. Some 45 American women are reported to have joined ISIS in Syria or attempted to do so, with at least a dozen American children ending up in ISIS-controlled territory, but the numbers could be higher as people traveled with false papers using false names and nationalities. The French believe anywhere from 300 to 400 French children have lived in ISIS-controlled territory in Syria and Iraq. In the case of German nationals, at least six children are being held with their mothers in Iraqi camps.

But let us focus on the American kids. When the State Department or U.S. Embassy dealing with such cases is questioned about them, even by concerned family members such as grandparents and other close relatives, the standard response is to cite Privacy Act concerns. In other words, when it comes to American children taken into ISIS, or groups like ISIS, the mother’s rights are fully respected while the rights of her innocent American children are not. That might make sense in a normal custody or parental abduction case, but not when a parent takes American children into terrorist territory.

According to the U.S. State Department’s read of the Privacy Act, amid concerns and complications about dealing with a mother who is in custody of her own children U.S. government officials are unable to discuss such cases with concerned and traumatized aunts, grandparents, or advocates working on behalf of these family members.

The children in this case only escaped the clutches of ISIS when their mother was widowed. Her Moroccan husband was killed fighting for the self-declared “caliphate” and another man took charge of her and her family. Finally, she saw a chance to get away with her children and the Yazidi women living alongside her as sex slaves. But having left ISIS, they now languish in a camp ostensibly for refugees but more like a prison in Kurdish-controlled territory in Syria. And this is where the burning questions arise about how the U.S. government responds—or not—to the needs of these children.

“Young children taken into the Islamic State, or born there, are captives—hostages of the group their parents joined.”

Perhaps it bears repeating: Young children taken into the Islamic State, or born there, are captives—hostages of the group their parents joined, not willing volunteers in a terrorist organization. And parents who subject their own children to the horrors of ISIS are not individuals who should retain anyrights.

Inside the United States, child protective services in each and every state would have long ago removed these children from their abusive parents. Family court judges would likely consider the parents to have forfeited their rights by subjecting their children to the demands of ISIS for participation in militant exercises, beheadings, public executions, posing for videos, undergoing beatings, brainwashing, and indoctrination as suicide bombers.

In many cases, children were taken into ISIS by parents divorced or separated from spouses who may have signed for a passport with no idea that the custodial parent was bound for ISIS territory. In that case the custodial ISIS parent is likely guilty of abducting the child—another case for immediately severing rights.

Consider the U.S. response to adult ISIS hostages. When journalist James Foley as an adult willingly put himself in danger to report on the Syrian civil war and was abducted by ISIS, the U.S. responded by sending in Navy SEALs. They failed to rescue Foley, but a full-on attempt was made.

Now fast forward to four children whose American mother utterly failed them by taking them into ISIS. When she wised up after witnessing the repeated rapes of women held with her, was herself abused, and witnessed the repeated abuse of her own children by the terrorists, she took them and fled. She is now to be pitied as an ISIS defector, perhaps, but hardly respected as a mother whose parental rights should be upheld.

And now her children are essentially on the run. When they end up in a refugee camp within territory controlled by America’s allies, the Kurdish YPG militia, there is no question of sending in the SEALs, but where is the Pentagon or U.S. State Department demanding the children be taken to safety? It is not enough to say they have refuge in a camp. It is filled with ISIS detainees, including their mother.

She may have had emotional issues that created enough vulnerabilities in her to follow her Moroccan husband’s lead in joining ISIS, but her emotional dysfunction is only another reason she’s disqualified as a mother. Where are child protective services able to place the four American children in the emergency custodial care of adults who will protect them and initiate the rehabilitation and reintegration they desperately need?

Why would the U.S. government not demand the YPG immediately turn over these four children? Two are U.S. passport holders. Two would have to be DNA tested to prove they were born to their American mother. If she would not cooperate, they could be matched to their American grandparents residing in the United States. These are simple measures that could get them homeward bound to be received in America by loving and caring relatives.

The father of the oldest child has been separated from his son for over three years. Some may fear that ISIS has turned this boy into a terrorist. He certainly will require massive rehabilitation. Yet each month he languishes in the YPG camp surrounded by sick adult ISIS cadres he may become more, rather then less, like them. Why has he been allowed to live there for over a year among abusers and with a mother who utterly failed him while the U.S. State Department and the FBI knew exactly where he and his three younger siblings were residing?

Child protective services carry out custodial actions all the time across America. Is the U.S. State Department so toothless it cannot override an abusive and negligent mother on behalf of the well-being and health of her four American children? Do these children not deserve rescue from parents so stupid, mentally ill, or downright evil that they took them into ISIS? American children—any children—deserve better than this.

This article was first published on April 17, 2018 on Daily Beast