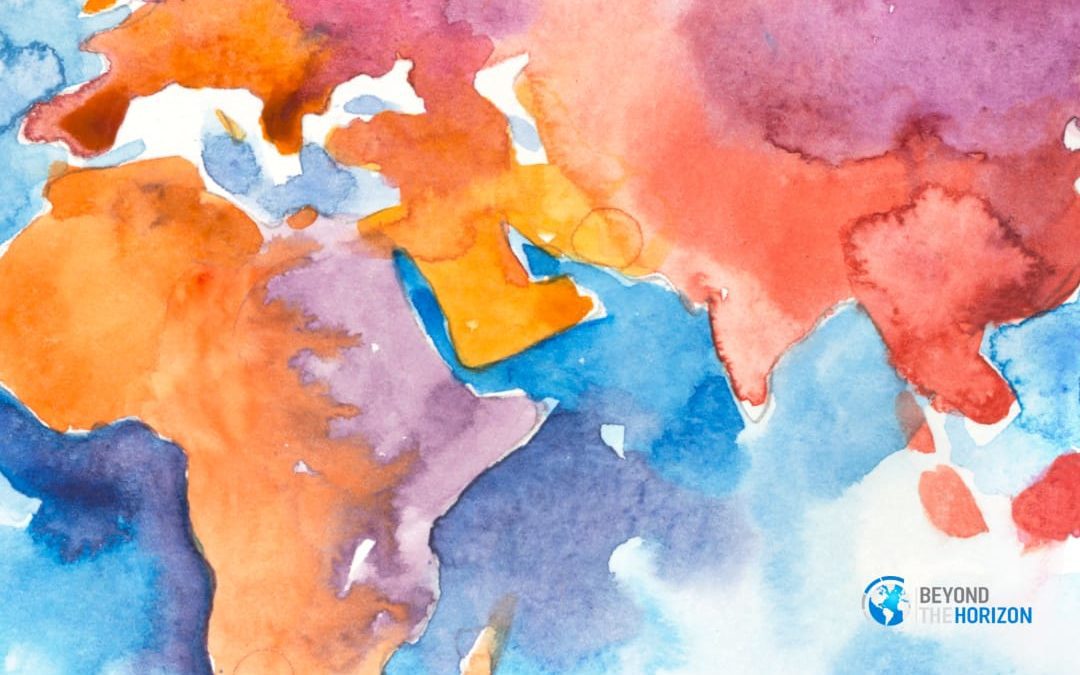 Located in the east of the African continent, the Horn of Africa, which includes Ethiopia, Eritrea, Somalia and Djibouti, is today the scene of considerable challenges, both for the traditional powers and for regional powers. In the past, the main emphasis was on the rivalry of the “great powers” in this region, in particular that of China and the United States, but today the Horn of Africa has become a crucial battleground for new competing regional players. Saudi Arabia, the United Arab Emirates, Turkey, Qatar, Iran and Egypt are the main regional players defending their interests in the Horn of Africa.

Two contemporary factors can be highlighted to highlight the importance of a region that attracts economic and military investment from emerging economies. The first factor is geographical and stems from the fact that the Horn borders the Gulf of Aden and the Strait of Bab el-Mendeb, one of the most important maritime routes in the world. The strategic importance of this strait is indeed crucial, as most of the commercial activities between the markets of Asia, the Middle East and Europe take this route. More than 10% of the world’s sea freight passes through it each year, including the majority of Asian trade with Europe. For strategic reasons, many countries therefore want to strengthen their presence in this region. Moreover, the second factor, which makes the Horn of Africa so important, is that the region is considered one of the main gateways to the African market by Asian and Middle Eastern countries.

The proliferation of military bases in the Horn of Africa

Recent years have been marked by the race to build military bases by the various traditional and regional powers, which intend to take advantage of the geostrategic assets of the region, both for economic and military reasons. It is especially on Djibouti, which seeks to become a real regional strategic hub, and which is considered as the gateway to East Africa, that the States have concentrated to mark their military presence. This state hosts six military bases, which are those of the United States, Japan (its only military base outside its territory), Italy, China, Saudi Arabia and France (its military base most important abroad). In fact, Djibouti is the country that currently has the largest number of military installations in the world. The growing number of foreign military bases and the constant presence of soldiers of various nationalities in the countries of the Horn of Africa, in particular in Djibouti, underline the regional security, economic and geopolitical importance of the Strait of Bab el-Mandeb. Eritrea, for its part, hosts military bases from Russia and the United Arab Emirates. Somalia is also home to a Turkish military base, while the Emirates’ second base is in Somaliland, a region that seceded from Somalia. The United Arab Emirates, which has invested heavily in ports in the region (notably in Djibouti, Puntland and Somaliland), opened a base in Eritrea in 2015, and recently signed an agreement with Somaliland. Russia now plans to establish a second base in Sudan. The commercial scale of these establishments is important especially for the fragile economies of the countries of the region, but this could have lasting consequences for the stability and security of the Horn of Africa. In addition, the presence of foreign forces and their activities in the region pose a threat to the internal security of the countries of the Horn, which are fighting against extremist groups such as al-Shabaab, Boko Haram and terrorist groups in the Sahel.

Regional relations are thus articulated around two poles with opposing strategic objectives: on the one hand, an alliance of neighboring Arab countries (Saudi Arabia, Egypt and the Emirates), on the other, a convergence of foreign countries (Qatar, Turkey related to Iran).

Having a historical relationship with the Ottoman Empire, the region has a particular importance for Turkey, which has extended its field of influence in Africa in recent years. For the states of the Arabian Peninsula, the importance of the region has grown since their involvement in the regional war in Yemen launched in 2015, and their diplomatic conflict with Qatar, which emerged in 2017.

Affected by the blockade imposed by its neighbors during the Gulf crisis in 2017, and accused of supporting the Muslim Brotherhood, Qatar had to review its foreign policy, particularly towards the countries of the Horn of Africa. The rivalry between Qatar and the United Arab Emirates can be seen in the race for investment in the coastal regions of the Horn of Africa. This process aims to control the most strategic areas, which are the Gulf of Aden and the Red Sea.

For its part, the United Arab Emirates exerts considerable influence in the countries of the Horn of Africa, thanks to its economic diplomacy attracting the poorer countries around it. The political intervention of the Emirates in the major events that are shaking the Middle East and the Arab world encourages a critical approach to its African policy. If one can debate the influence of the Chinese and the Russians, even the Turks, one should not underestimate the Arab influence, in particular that of the Emirates and their allies. The oil transported from the Gulf countries to Europe, through the Gulf of Aden and the Red Sea, strengthens the geostrategic position of the Horn for the United Arab Emirates and Saudi Arabia. The Saudi-led Arab coalition, which is active in the region, also assigns key importance to Somalia, which is close to Yemen, where the civil war continues and where the Arab coalition is deeply involved. The UAE’s disagreement with Djibouti put an end to its plans for military expansion there, and prompted them to seek other locations for bases that could support their military effort in Yemen. It is in this context that in 2017, the United Arab Emirates launched the construction of a new base as part of an agreement between P&O Ports and the semi-autonomous region of Puntland in Somalia, which holds for 30 years Bosaso port concession rights.

The American and European presence takes a back seat

Security concerns for Qatar and the United Arab Emirates, Turkey’s commercial and military interests, and the rapid growth of political and economic activities only contribute to the plight of this region. Turkey is taking advantage of the fact that it has already established its own military base in Somalia. She believes that the central government soldiers will be able to form an army strong enough to fight against the al-Shabaab militias. An ally of Qatar, Turkey has increased its political, economic and military presence in Somalia and Sudan, which border the Horn to the north. At the end of 2017, Sudan agreed to lease Suakin Island in the Red Sea to Turkey for 99 years. This has historical importance as this former Ottoman port was an obligatory point of passage for Muslims from sub-Saharan Africa making the pilgrimage to Mecca. Turkey is expected to rebuild the island’s historical monuments once again to re-make it a major stopover for African pilgrims en route to Mecca. Suakin could also become a base for Turkish warships, giving Ankara its first direct access to the Red Sea. However, following the change of government after the coup in Sudan in 2019, the future of the Suakin Island restoration project has become very uncertain.

For several years now, the American and European presence in the Horn of Africa has therefore gradually taken a back seat. China has become the main investor in the region where it continues to develop its commercial activities. Turkey, Qatar, the United Arab Emirates and Saudi Arabia are attracting the attention of experts for their merciless struggle to each get their piece of the pie. The future will tell how the countries of the Horn of Africa will position themselves, as they are often very versatile and likely to adapt easily to changes depending on the countries that are involved in the region. It is understandable why the Horn of Africa will no doubt continue to be a complex area of ​​infighting and strategic confrontations in the years to come.