Turkey’s Shift in Its Strategic Orientation: Challenges for the Alliance 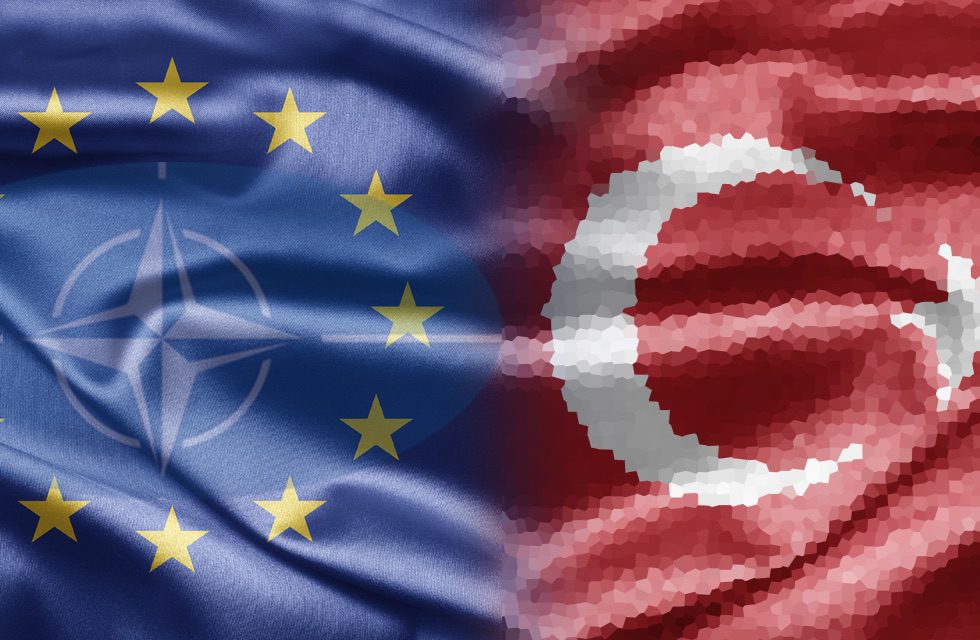 We have been observing a massive transformation in the Middle East since the events in 2010, also dubbed as Arab Spring. However, this transformation has gained more momentum in the last 4 years. More specifically, the rise of ISIL, the Saudi-led Coalition intervention in Yemen, Russian intervention in the war in Syria, and the latter’s further attempts to disrupt centre of gravity in NATO, namely solidarity of the Alliance through its influence in Turkey do all give us taste of the turbulence and become harbingers of even greater changes or crises.

The new complex regional dynamics include great, regional and middle powers, all seeking to project power both physically and through proxies. In this environment, it is very hard and equally important to envision how the dust will settle and what it will look like after current turbulence.

Turkey, in this great complex environment, has a special and determinant role. The country, boastful of its bridge role between Europe and Middle East, has been a model and an example to be emulated for Middle Eastern countries with its secular, western, democratic governance till 2011.

But the county is equally important for the West based on many of its intrinsic features. Apart from being the only Muslim member of NATO, the country has played and still plays the frontier state role, bordering Syria, Iraq and Iran. Within the alliance, its military ranks the second in magnitude and has a veto right on decisions concerning the defence of Transatlantic region. What is more with 67,9 percent of its some 80 million population at working age (15-64) and 23,6 percent young (0-14), the country has the potential for a vibrant economy. The EU-aspirant country also plays a key role in stemming the irregular tides of migration into Europe.

Despite all those abovementioned pluses and huge potential, the country has lost its shine and has increasingly become an outlier in the West. The main reason is the change in strategic orientation of the country mostly exhibiting itself with Its foreign policies frequently favouring Russian moves and visible erosion of values shared with the West. This become more manifest especially since the coup attempt in 2016.

In the current situation, Turkey and NATO are undergoing a mutual crisis of confidence. The policymakers in Turkey lack confidence in NATO agreements and fear desertion—both prominent historic concerns. Initial reticence in face of Turkey’s abnormal behaviour based on its strategical importance have left place to loud questionings of Turkey’s intents and future strategic orientation, its special relationship with Russia and how well they align with NATO’s.

Turkey’s behaviours can be labelled as ambivalent at the best. On the one side, Turkey wants to balance Russian military growth in the Black Sea and Syria by calling for a stronger NATO presence. On the other hand, the country is revising and altering its security strategy, adding elements like improving ties with Russia – especially after downing of the Russian aircraft over Syria in 2015 – and reducing its reliance on the US and NATO, both actions with cross purposes. Turkish ruling elites predicating their judgements upon President Erdoğan’s directions package such contradictory actions as manifestation of being a global power and Turkey’s further right / duty to deal with all its partners on equal footing. But, NATO authorities do not share the same idea.

Most recently, on December 29, 2017, Turkey signed an accord for the purchase of the S-400 surface-to-air missile system from Russia. The S-400’s non-integrative component could potentially reduce NATO operational synergy or cause battlefield confusion with allies. It could also reduce information sharing with Turkey regarding how to evade or electronically disrupt the S-400 system.

When it comes to the issue of Syria, policy makers in Turkey have constantly sounded complaints about US military backing for PYD, citing Its link to PKK terrorist organization. Based on this view, Turkey wants US and EU to treat PYD as an extension and thus same as PKK. Yet, the Allies do not seem to share Turkey’s vision based on lack of credible actors to replace PYD in their fight against ISIL.

The realignment of Turkey’s foreign policy to the East, its domestic shift towards authoritarianism, its open resentment towards NATO and other member states signify challenges for NATO. The Alliance has to above all counter Russian hybrid warfare targeting Turkey.

The awkwardness of the steps taken by Turkey where policymakers continually recalibrate Eurasianist and Western ties to optimise Turkey’s position, often associating with one camp at the expanse of the other makes it complex for NATO to form a uniform stance towards Turkey.

However hard it may be, Turkey, given Its distinctive strategic location, is not a country to be let float away from western security community. If NATO cannot find ways to convince Turkey to behave like an honest member, Russia will win this hybrid game against the Alliance as it did in Georgia, Ukraine and Syria.