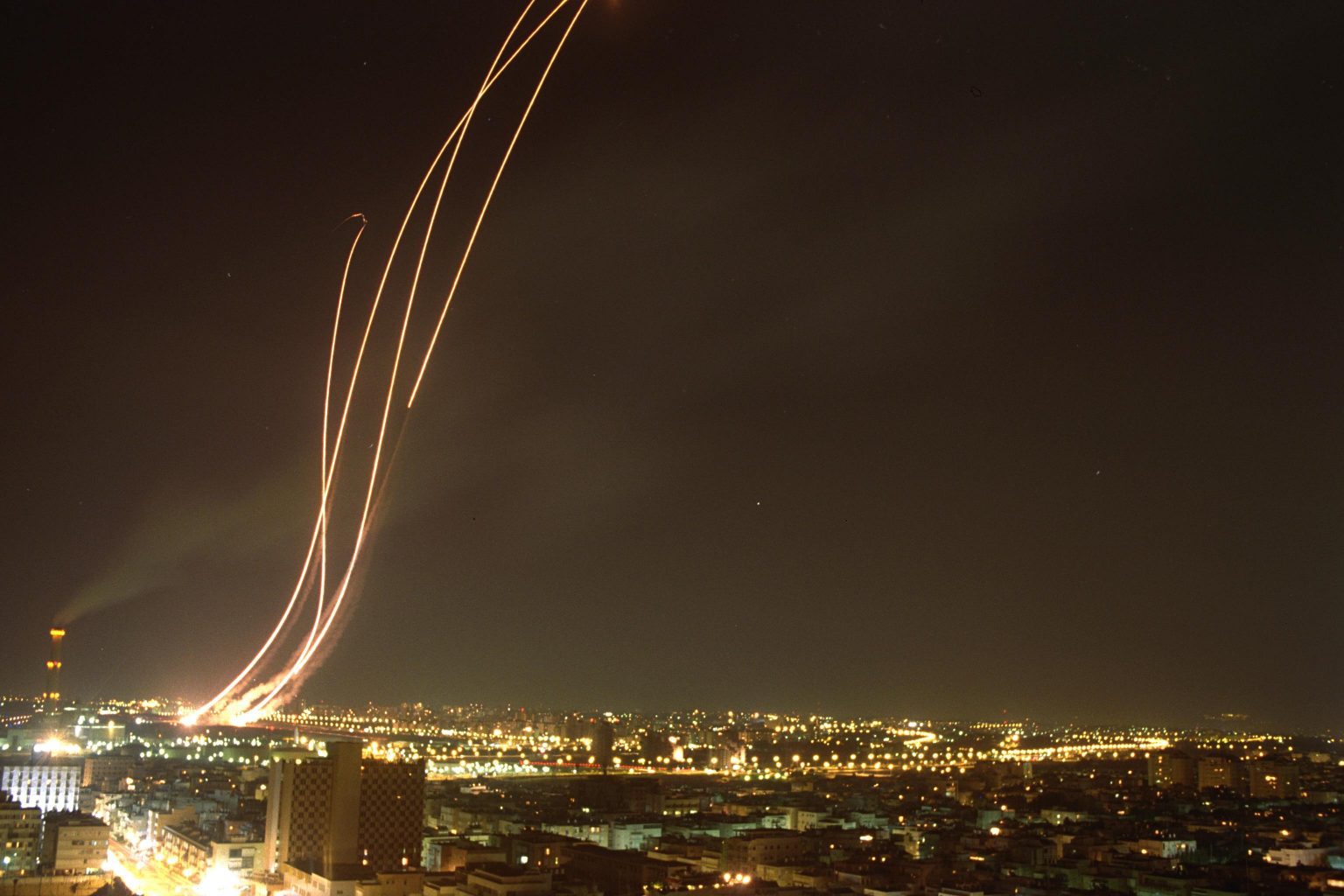 Turkey is willing to buy S-400 missile defence system from Russia and there are some serious recent developments regarding this deal.

On July 14, 2017, Bloomberg published a detailed article about that deal. The main points of the deal between Russia and Turkey are:

– Turkey will  pay $2.5 billion for the acquisition of S-400 missile defence system[i].

– Russia has accepted a “limited” transfer of know-how technology. According to the preliminary agreement Turkey will receive two S-400 missile batteries from Russia within the next year, and then produce another two inside Turkey with Russians.

– The Russian system would not be compatible with other NATO defense systems. Some suggest that there are not any problems compatibility.

– The Russian deal would allow Turkey to deploy the missile defense systems anywhere in the country.[ii] Furthermore, the systems delivered to Turkey would not have a friend-or-foe identification system, which means they could be deployed against any threat without restriction. – Turkish presidential spokesman Ibrahim Kalin said on July 28, 2017: “The negotiations are coming to an end. This I can clearly state. Minor points relating to the agreement remain to be clarified. However, in general terms, the agreement has already taken shape.”

For Turkey, the key aspect of any deal is transfer of technology or know-how. Turkey wants to be able to produce its own advanced defense systems. The country is already investing heavily in a number of indigenous land and missile systems from the Altay main battle tank to the MILGEM littoral combat warship to the fifth-generation TFX fighter jet, as well as several co-production projects like a localized variant of the Sikorsky S-70 Black Hawk helicopter.

On the other hand, “There are a lot of different levels of technology transfer,” and any offer to Turkey would probably be limited in terms of sophistication, said Konstantin Makienko, an analyst at the Center for Analysis of Strategies and Technologies, a Moscow think-tank. “For Turkey to be able to copy the S-400 system, it would have to spend billions to create a whole new industry.”

Furthermore, the deteriorating security situation in Syria and Iraq was a well-founded rationale for Turkey to expand its air-defense capabilities.

Inclination for Non-Compatible Systems with those of NATO’s

Turkey has been in NATO since the early years of the Cold War, playing a key role as a frontline state bordering the Soviet Union. But ties with fellow members have been strained in recent years, with Turkish President Recep Tayyip Erdogan pursuing a more assertive and independent foreign policy as conflict engulfed neighboring Iraq and Syria.

Tensions with Washington mounted over U.S. support for Kurdish militants in Syria that Turkey considers terrorists (please keep in mind that Russia also supports the Syrian Kurdish rebels that Ankara calls terrorists), and the relationship with the European Union soured as the bloc pushed back against what it sees as Turkey’s increasingly autocratic turn. Last month, Germany decided to withdraw from the main NATO base in Turkey, Incirlik, after Turkey refused to allow German lawmakers to visit troops there.

The missile deal with Russia “is a clear sign that Turkey is disappointed in the U.S. and Europe,” said Makienko, the Moscow-based analyst.

On the other hand, the Turkish president takes every opportunity to ease concerns of his NATO partners by saying it is only normal for a country to be in search for the ideal ways for its own security. The chairman of the US Joint Chiefs of Staff, Joseph Dunford, said that Turkey’s possible purchase of the S-400 from Russia could be a cause for concern in Washington. At the same time, Russians do not miss any opportunity to provoke NATO Allies.[iii]

Turkey’s possible purchase of the S-400 from Russia could be a cause for concern in Washington. At the same time, Russians do not miss any opportunity to provoke NATO Allies.

However, Ankara’s NATO partners have voiced concern about the compatibility of the Russian system with its technology, along with fears that Moscow could use the S-400 as a Trojan horse to compromise NATO systems. Pentagon Spokesman Johnny Michael told VOA: “We have concerns about the purchasing of the S-400 systems, which we have relayed to the government of Turkey.”

In reality, Ankara had neither the intention nor the capacity for such a dramatic departure from NATO’s defense infrastructure. All along, Turkish officials had planned to leverage its purchasing power to gain leeway in international politics. And it seems that not much left at the hands of the Turkish side.

“Turkey had neither the intention nor the capacity to go rogue on NATO. To expect a country that relies on NATO for more than half of its radar data to invest billions in a missile defense system that is not compatible with this infrastructure was not sensible.” wrote Kibaroglu, Istanbul-based analyst, with Selim Sazak.

Timing of the Deal is Noteworthy…

Zaur Gasimov, an Istanbul-based research fellow at the Max Weber Foundation working in the field of Russian-Turkish relations said “It is an expensive measure of the Turkish side to demonstrate its sovereignty.”

There may be more than defense considerations and sovereignty, though, behind the missile purchase. Ankara is trying to persuade Moscow to end all of the economic sanctions imposed after the Turkish jet downed the Russian bomber.

“All the rest of the concessions are actually demands, which are advantageous to the Russian side. These are the sale of the S-400 air defense systems to Turkey [and] the completion of Akkuyu, the nuclear plant by Rosatom [a Russian company],” pointed out former senior Turkish diplomat Aydin Selcen, who is now an analyst. “Export of [Turkish] tomatoes is not solved yet. The issue of visas for Turkish citizens is not solved yet.”

Past Experience with the Chinese Missile System

The Chinese deal seemed to be just one more indication of fraying relations between Turkey and the West. Writing in Foreign Affairs, Michael J. Koplow added it to a long list of “Turkish provocations” from voting against Iran sanctions to flinching at hosting NATO X-Band radar installations in its territory to refusing to normalize ties with Israel and complicating U.S. intelligence-sharing efforts to supporting “anti-Western jihadi groups” in Syria, HAMAS at the expense of Fatah in Palestine, and the Kurdistan Regional Government as a wholly independent entity from Baghdad in Iraq.

At the end, Turkey cancelled a $3.4-billion tender provisionally awarded to China to develop a long-range missile defence system.

[i] The S-400 is designed to detect, track and then destroy aircraft, drones or missiles. It’s Russia’s most advanced integrated air defense system, and can hit targets as far as 250 miles away. Russia has also agreed to sell them to China and India.

[ii] “Some may say that Turkey was integrated into the NATO missile defense after the Chicago summit in 2012 and that measure was sufficient. However, due to certain geographical and technical issues, NATO’s missile defense doesn’t cover the entire territory of Turkey. Vast areas in the country’s south and southeast remain unprotected. This is a fact. The Turkish government will not sit around while a real threat exists,” Mustafa Kibaroglu, director of the Center for International Security Studies and Strategic Research at the Istanbul-based MEF University, said in an interview with Anadolu.