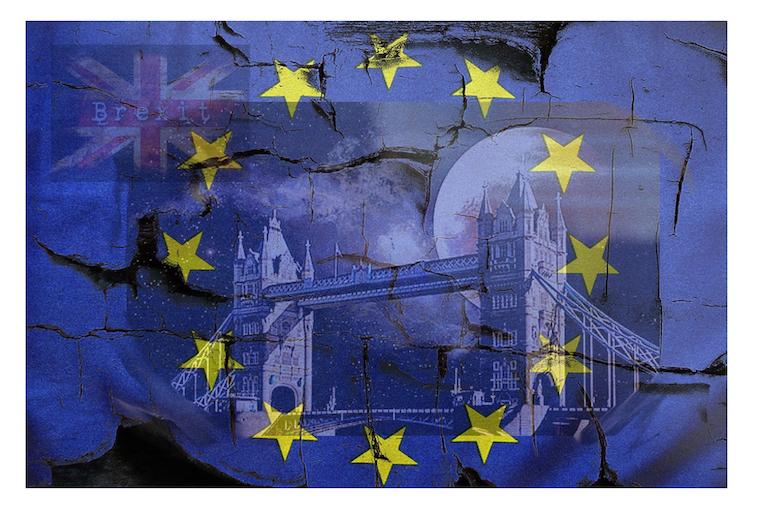 United Kingdom (UK) voters have chosen to leave the European Union (EU) with the historic referendum on June 2016. As the countdown continues for the set date of 29 March 2019, there has been no deal in the negotiations yet, and it seems like a win-win deal is far from reality.

When I first heard about the Brexit referendum, I couldn`t comprehend why the UK opted for this way. In the beginning, I was sure that Britons would vote for “No”, but I changed my thoughts as I saw Queen Elizabeth favouring the Brexit.[1] I was very saddened bythe results which meant the EU to lose one of its most politically and economically powerful and crucial member states. Brexit was initially accepted as the “end of European idea” by many Europeans, but later on, such a pessimistic picture has faded away with the coherence and cooperation shown by Germany and France.

Why opting for Brexit?

Standing outside the common currency and the Schengen visa agreement,the Brits have always been wary of losing their sovereignty and identity which made them vote in 2016 for a total break away.

In addition to these, the migration overflow from the Middle East & North Africa (MENA) to Europe which might also have negative effects on the security of the island and the economic problems in the EU were other critical concerns of British people within recent years. Pro-Brexit politicians cleverly used these concerns to convince the citizens forBrexit. As stated by Sven BISCOP in his article[2], the most important reason might be the high ambitions of the British politicians to become a ‘Great’ Britain once again. Even though the UKlost her superpower and handed over this role to the U.S. after the WW2, UK has never lost its political leveragein the world, and it has always had a dream to be a great power again.

Challenges on the way

Brexit is one of two most significant issues besides migration crisis EU has been trying to deal with, the negotiations between UK and EU have been going on but as Pascal Lamy, former Director General of the World Trade Organisation,said Brexit was “like removing an egg from an omelette” and that the negotiations will take a long time; hence it is obvious that win-win deal is far away. For Britain, economic issues are the most important ones because The British economy is showing signs of deterioration just as the government attempts to reassert its vision for Brexit and after Brexit, this negative trend will highly likely continue.[3]To be great Britain again, UK must increase the defence budget, but it will not be so easy because of the reforms the UK is planning to realise in their domestic policy after Brexit.[4]On the other hand, for the EU, budget cut and trade rules are the most critical matters.

Majority of Scotland voted for a remaining of the UK in the EU, as the “leave” vote won, Scotland wants to form a second referendum on its independence. This issue is another challenge for the UK because, if Scotland confronts with the adverse effects of Brexit significantly, pro-independence Scottish will highly likely use this tool in favourof Scotland Independency.

The negotiations have been going on, and until recently, Theresa May was optimistic about Brexit, or she was trying to be seen as if she was. “Brexit is the beginning of a “bright new chapter” for Britain and the country’s best days “really do lie ahead of us”[5] she said on 22 Feb 2018.

Mrs May is trying to get marginal gain from the relations with EU after 29 March 2019. But on the other hand, at a press conference on 23 Feb 2018, Mr Tusk said: “It looks like the cake philosophy is still alive. From the very start, it has been a key principle of the EU 27 that there can be no cherry-picking and no single market a la carte.”[6]

Border issue between Ireland and North Ireland is another hot topic; the UK doesn’t want a hard border as it was before. On 02 March 2018, Theresa May said “As prime minister of the whole UK, I am not going to let our departure from the EU,do anything to set back the historic progress that we have made in Northern Ireland – nor will I allow anything that would damage the integrity of our precious Union.” [7]This topic is so crucial, even Hilary Clinton intervened the dispute and “We cannot allow Brexit to undermine the peace that people voted, fought and even died for,” Clinton wrote in the Guardian. “Reinstating the border would be an enormous setback, returning to the ‘bad old days’ when communities would once again be set apart,she said.

Regarding the options for post-Brexit, Mrs May also told “But we will not accept the rights of Canada and the obligations of Norway”, and added, “like in any negotiation, no-one will get everything they want.” Even though Mrs May expected a positive response to her proposals, just five days after her speech Donald Tusk issued draft guidelines for the forthcoming trade negotiations that flatly rejected her central proposal.[8]

As it seems, a win-win model is a kind of impossible. Mrs May also mentioned the hard facts about this process, she is noticeably aware of the adverse effects of this process, and there are many issues to be solved. The aim of the UK might be going back to the ‘Great’ Britain era but the reality is not as it is, there are many harsh facts for the UK to face. I believe that after March 2019 many Brexit supporters will regret their decisions.

What is next for the EU? Challenges on the way

The negotiations between two leading actors of EU 27 have already started just after Merkel was able to form her government. But many challenges are on the way waiting for the EU to be solved without the UK or with a new formula to include the UK atsome capacity.

The primary challenge ahead is the new deteriorating global security environment. The world has entered a new cold war-era; Trump`s political postures and assembling a kind of war cabinet, UK Salisbury nerve agent attack incident and harsh response of West Countries against Russia by expulsion of dozens of Russian diplomats, conflict in and proxy wars in Syria/Middle East, tensions between USA and China/North Korea. Unfortunately, all of these hot topics, critical signals for a challenging and unpeaceful world atmosphere, have to be overcome by a weakened EU 27.

The picture on the other side of the Atlantic is also not luminous for the EU. Firstly with Trump’s ‘America first’ policy and then the new National Security Strategy, the US took a more nationalistic approach. Trump, who claimed once NATO was obsolete, wanted Europe to take more responsibility for its defence and security by spending more on defence and complying to the rule of spending a minimum of 2% of their GDPs.

EU responded to the new policies of Trump by activating the dormant Permanent Structured Cooperation on security and defence (PESCO), European Defence Fund (EDF) and Common Annual Review on Defence (CARD) thanks tothe efforts of France and Germany. With their compromise, 25 European countries agreed on the activation. While CARD aims to identify force and capability gaps at the EU level and the EDF helps funding projects to fill the gaps, PESCO -as the political cornerstone of the triangle- would provide the political guidance that can enable a coordinated approach. The new triangle mechanism aims to develop defence capabilities and enhance the EU’s capacity jointly but excludes the U.S. and UK. This protectionist policy of EU wasn’t welcomed by the U.S. administration and has emerged as a political conflict area between the allies.

President Macron delivered a speech about “future of EU” in European Parliament on 17 April, and he criticised some EU members` leaders for choosing “national, selfishness and negativeness” over “what brings EU together”. He also mentioned “There seems to be an European civil war and there is a fascination with the illiberal, that is growing all the time.”[9] His speech was summarising the main challenges EU must deal with.

In this context,not only Germany and France should do their best but also, as major countries in EU, Italy and Spain must spend extra effort for the future of the EU to respond to new security threats, and challenges EU will confront. Otherwise, the problems in EU would probably affect these countries much more than France and Germany.

Sharing the burden of migration issue is another challenge for the small countries in EU, although ISIS problem has almost diminished, the situation in MENA region is getting much more complicated and it seems to continue as it is, so that it is highly likely that migration flow from MENA to EU countries will continue even though the number of migrants has been decreasing in the last 2 years.[10] Remaining 27 nations should find an optimal solution for sharing the migration burden.

All of these facts aforementioned raise the question “Does Brexit worth it and do the pro-Brexit voters still have the same dream?” There is still a slight chance to reverse all the picture. Even though the ratio of success is not high for the second referendum, some Brits are still struggling for it. But populism has unfortunately gained success in the UK among public worried about their future. It is a pity for them to see their security innot fighting for the EU but going alone on their way. But it is certain that EU and UK will for sure need each other for their security, and they should find a way to cooperate for the sake of the security of their people.

On the other hand, as Donald Tusk mentioned on 29th of June 2017, EU should continue on its pathway without the UK as it is. Major countries like Germany, France, Italy and Spain should take much more responsibility to regain the trust of EU citizens. EU needs much more unity in this blurry picture, maybe the most challenging one EU ever had.

The world has entered a new kind of cold war era, and hybrid warfare is already being widely conducted. To resist these challenges, as French President Macron stated[11] in European Parliament on 17th of April 2018, European Union leaders have got to listen to the anger of the peopleand 27 countries must speed up to increase cohesion. After Brexit, notably Germany and France but also other EU countries must be back on track for a much more cooperative and collaborative EU with a focus on promoting global peace and security and providing a better life and efficiency for their citizens.