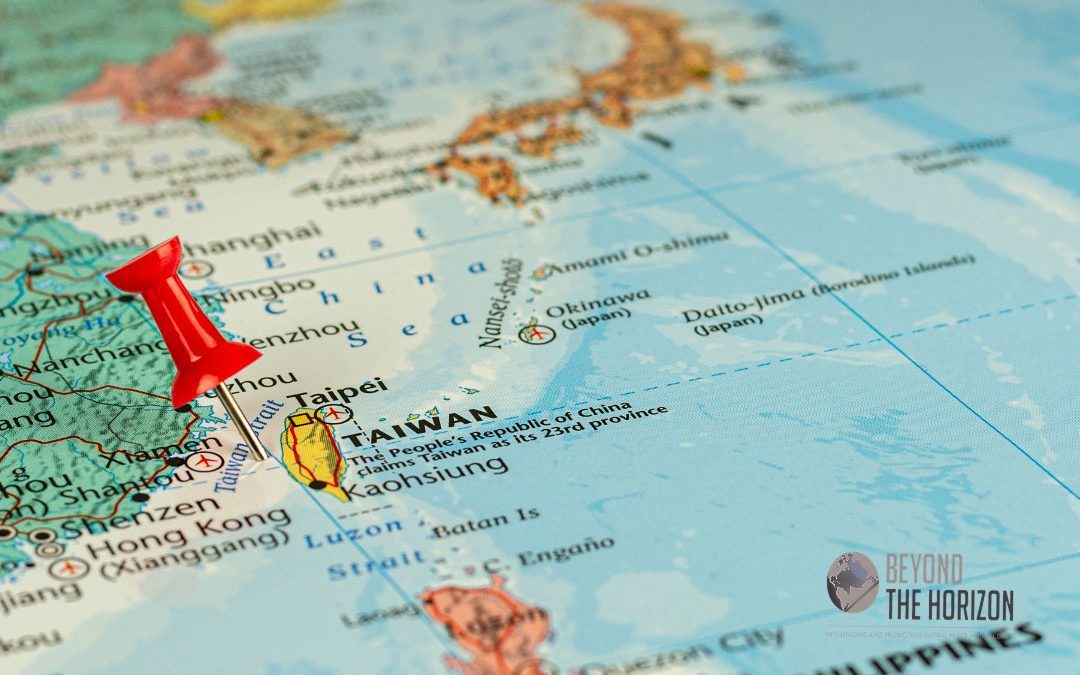 After Evergreen’s vessel Ever Given became stuck in the Suez Canal on 23 March 2021, Chinese bloggers shared humorous memes over Taiwan and its importance in the world. The ship stuck in the canal and blocked all the traffic in both directions for over six days and lead to a traffic jam of over two hundred vessels. 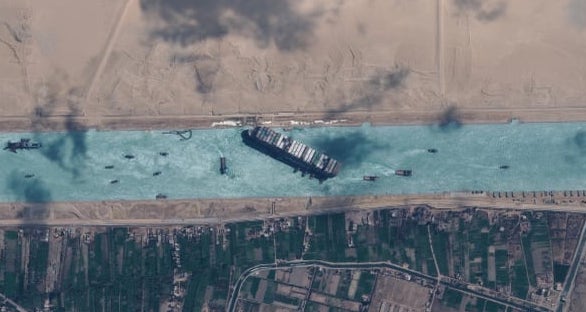 Bloggers think that Taiwan has such importance and function as Ever Given, and it can lead to a chaos with ease. Ever Given incident can be an exact metaphor to explain the global importance of Taiwan, as the bloggers mentioned.

There are various dimensions of the Taiwan issue, such as economic, political and military. It is China’s gateway to the Pacific. Lately, one of the Chinese colonels, Zhang Zhengxiang, said that it is the ‘skin’ that protects national security, and the seven coastal provinces are the core of China. Besides geostrategic importance, it is related to the ‘One-China’ policy directly. Chinese PLA escalates military pressure as Taiwan increases relations with the U.S. by this year. With the intervention of China, when it comes to regional and national security, countries have begun to raise their voices both in the region and in the west.

The Philippines has vibrant mutual interactions and exchanges in the areas like culture, education, agriculture, and aquaculture with Taiwan. She has also been competing for territorial claims in the South China Sea, through which at least $3.5 trillion of annual trade passes. Besides these enormous commercial operations, Chinese vessels spot in the waters. The Philippines claims that 220 Chinese military vessels seen in disputed waters in March. Although Chinese diplomats once rejected such claims last year, the Philippines believes the vessels were crewed by maritime militia. It’s perceived as a sovereignty issue by Manila. The Philippines got immediate support from the U.S. over the manoeuvres of China and kept supporting its allies in the region against China as promised.

Meanwhile, the UK has assembled the largest naval force (flotilla) in recent years and sent to Indo-Pacific on a months-long voyage. China is unhappy with the deployment, calling it a foreign intervention in the region, whereas Japan and other Pacific nations have welcomed the British deployment. At G7, the UK focused heavily on their country’s post-Brexit ‘tilt’ towards the Indo-Pacific. In this regard, London invited the foreign ministers of Australia, India, South Korea and South Africa, as well as the chair of the 10-strong Association of Southeast Asian Nations, to take part in some sessions as guests. They stressed the importance of maintaining a ‘free and open’ Indo-Pacific. It is clear that the UK notices the increasing tension and the global importance of Taiwan. The UK will likely be more active in the region.

The reality of the decisiveness of China over the Taiwan issue is seen clearly by Australia. Australian Defense Minister said that a conflict with China over Taiwan ‘should not be discounted’. Last April, Australian Home Affairs Secretary Mike Pezzulo said global “drums of war are beating” amid China tensions. The remarks came as a rift deepens between Australia and China over trade issues and Beijing’s approach to Taiwan. Foreign Ministry Spokesman of China also mentioned that they find the statement of Pezzulo irresponsible and destined to be unpopular. He advised Australian politicians to ‘abandon the Cold War mentality’.

Relations of the U.S. with Taiwan goes back to before the Chinese Civil War (1949) when the government led by Kuomingtang (Chinese Nationalist Party) retreated to Taiwan and its neighbouring islands. After the U.S. established diplomatic relations with the People’s Republic of China under the Communist Party in 1979, Taiwan and the U.S. relations became unofficial and informal. Until 2018, informal relations between two states were governed by the U.S. Taiwan Relations Act (TRA). The U.S. removed self-imposed restrictions on executive branch contacts with Taiwan on 9 January 2021. This attempt perceived as designed to anger China by some observers. Although Pompeo said that the U.S. State Department had imposed the complex internal restrictions on itself “in attempt to appease the Communist regime in Beijing”, and he was lifting them all instantly, the attempt completely resulted in the anger of China. Since then, the incursions by Chinese air force and the vessels in the South China Sea have been increasing.

In return, the U.S. Navy 7th Fleet informed that the Arleigh Burke-class guided missile destroyer USS Curtis Wilbur conducted a “routine Taiwan Strait transit” on 18 May 2021, in accordance with international law. The U.S. has also earlier defended its naval activities as a “routine” transit.

“The ship’s transit through the Taiwan Strait demonstrates the US commitment to a free and open Indo-Pacific. The United States military will continue to fly, sail, and operate anywhere international law allows,” the U.S. Navy said in a statement this month. President Joe Biden insisted that the U.S. will robust defence of its allies and, in a rare point of continuity with his predecessor, former President Donald Trump, supported a strong response against Chinese assertiveness.

Disputes in both territorial waters and airspace in the Pacific caused the U.S. to identify the Taiwan issue as the top tier risk for the 1st time. Meanwhile, CCP continues to warn on the consequences of a possible independence declaration of Taiwan.

In some cases, the subject of war can be much more provocative than war. Taiwan issue is one of these sensitive subjects for China since it is related to ‘One-China policy’ directly, and it’s therefore the exact red line. Any probable attack on Taiwan is seen as an attack on China’s sovereignty. Although China calls it ‘One China’, the status quo or ambiguity took 70 years. It will be broken down in the distant or near future. China points its aspiration of ‘breaking’ through its assertiveness latterly. It is not new, but the time might be right for China. Therefore, in the water around Taiwan, China enhanced its military capabilities and exercise sea control as Taiwan mobilises forces to thwart Chinese invasion. But Taiwan military is not equipped and trained well to defend. People’s Liberation Army clearly outstrips Taiwan’s military. The Taiwanese government has introduced a series of reforms for the military. As a new approach, the Overall Defence Concept (ODC) was proposed by Taiwan’s chief of the General Staff in 2017, which could be a mechanism for enhancing the U.S.-Taiwan security cooperation.

In case of any conflict in the region, there will be many parties from the region and related countries. Its historical background and geostrategic location lead Taiwan to a very fragile situation. Nations who would like to engage in political and military arrangements with Taiwan will risk being a part of any probable conflict.

The speeches of politicians over the conflict are worrisome. The continuation of the status quo is the unique prescription for Taiwan, but the possibility is diminishing. As described in the metaphor of the vessel Ever Given, blocking China’s assertiveness and thus maintaining global security by Taiwan seems no longer be the case.