The Raising Dispute in the South China Sea 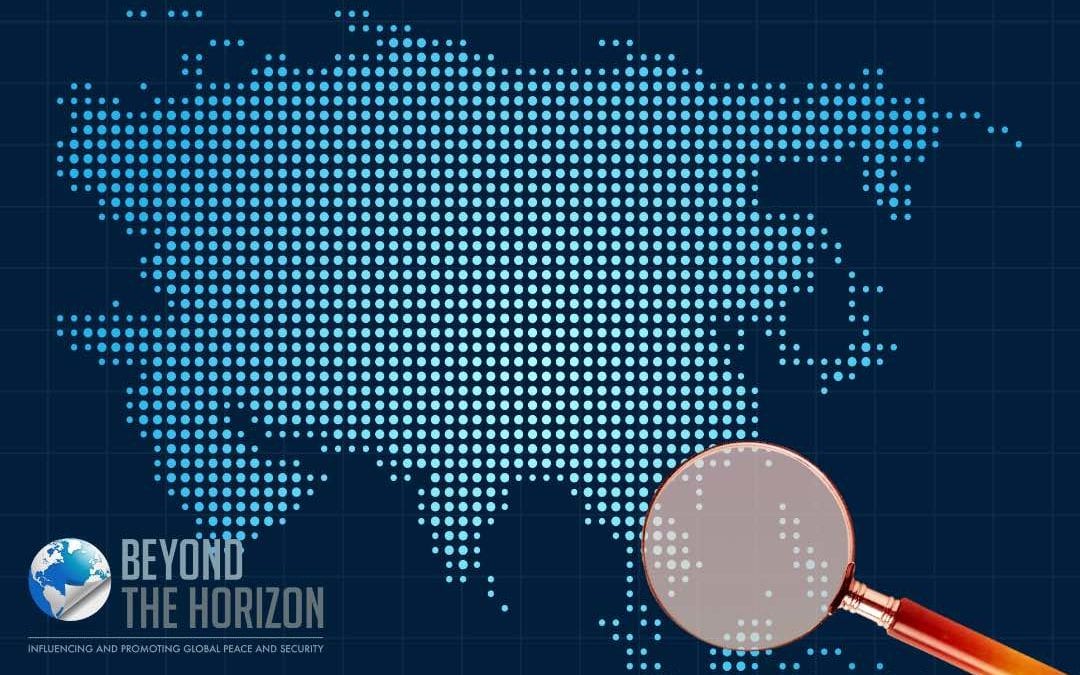 The one-China principle asserts that there is only one sovereign state under the name of ‘China’. Both People’s Republic of China (PRC) and the Republic of China (ROC or Taiwan) claim that sovereignty should belong to one power. The roots of the principle go back to the 20th century. PRC considers ROC as a province that separated from it and claims that PRC is the sovereign power. After the Chinese Communist Party (CCP) expelled the ROC in the Chinese Civil War from Chinese territory in 1949 and founded PRC, the ROC’s Chinese Nationalist government continued to claim legitimacy as the government of all of China. Since then, there have been several crises between the two governments in critical times.

Previous crises, such as the 1996 Taiwan Strait Crisis, are caused by the ROC government’s foreign policy moves away from One-China policy. The crisis began when ROC President Lee Teng-hui accepted an invitation from his alma mater, Cornell University to deliver a speech on “Taiwan’s Democratization Experience”. After that, Xinhua News, the official state-run agency of the PRC, announced missile tests would be conducted by the People’s Liberation Army (PLA), and a set of missile firings occurred in August 1995.

Conflicts between China and the US became severe with the Trump officials visiting Taiwan last September again. Last year, PLA warplanes made a record of 380 violations into Taiwan’s airspace.

The last crisis began with the increasing relations between the ROC and the US, especially after elections in the US Following Mike Pompeo’s announcement of lifting “self-imposed restrictions” while his interactions with Taiwanese officials, striking differences in the airspace violations observed. While last year’s violations featured mostly low-flying aircraft for defensive purposes only, the violation on 23rd January involved a large number of bombers and fast-moving fighter jets. This significant difference is a kind of message to the Biden administration and also Taiwan which have recently been close to the US The participation of a Taiwan representative in the US president’s inauguration seems to be another trigger. The US had been appeased by the PRC for avoiding major displays of friendship with Taiwan. China’s Ministry of Foreign Affairs spokesman Zhao Lijian warned Beijing would “resolutely hit back” in response to the US announcement.

PRC also increased its sand-dredgers around Matsu Islands following its warning in January 2021. Last year, Taiwan expelled nearly 4,000 Chinese sand-dredgers and sand-transporting vessels from waters under its control, most of them in the area close to the median line, according to Taiwan’s coast guard. That is a 560% jump over the 600 Chinese vessels that were repelled in all of 2019.

The graphic shows the increasing of Chinese vessels in the Taiwan Strait between 2017-2020. Source:  Reuters 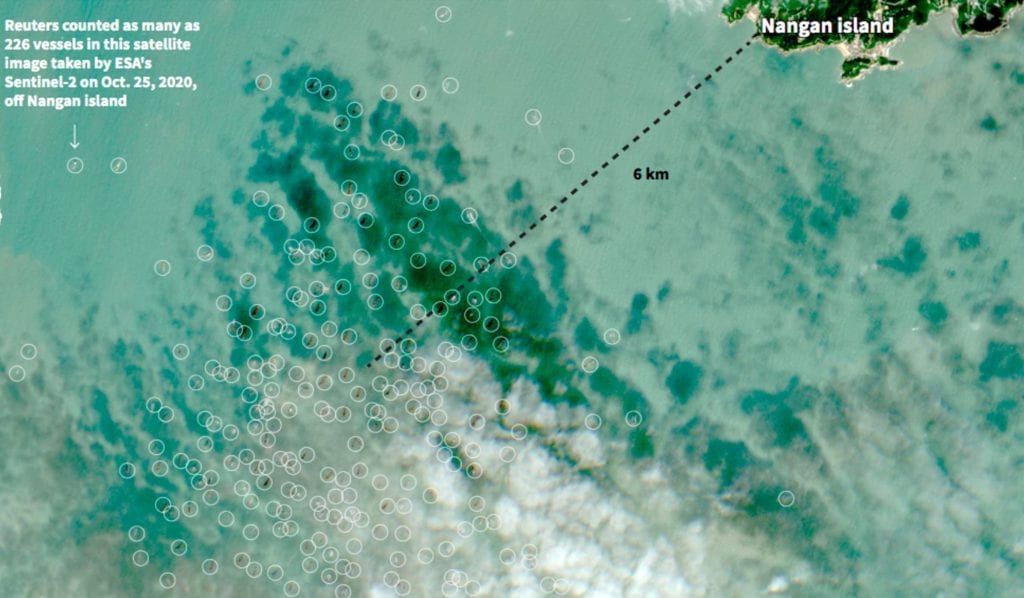 Satellite image was taken on October 25, 2020. It shows more than 220 ships near Taiwan waters. Source: Reuters

Disputes in both territorial waters and airspace in the Pacific caused the US to identify the Taiwan issue as the top tier risk for the 1st time. Meanwhile, CCP continues its warning on Taiwan’s aim of independence. According to its discourse, People’s Republic of China is responsible and has the ability to ‘safeguard national sovereignty, security and territorial integrity and resolutely maintain peace and stability across the Taiwan Strait.’ Therefore, with each step of Taiwan, China rapidly implements its incursion on both airspace and territorial waters around Taiwan. Also, CCP expresses this argument in the international arena frequently. Zhu Fenglian, a spokesman for the Taiwan Affairs Office of Beijing, emphasized previously, they firmly oppose any form of official exchanges between the United States and Taiwan and urge the U.S. to abide by the one-China principle.

PRC does not step back in this endeavour, conversely, it intensifies its moves. After the Biden administration urged Beijing to cease military pressure against Taipei, PRC continued air space violations. 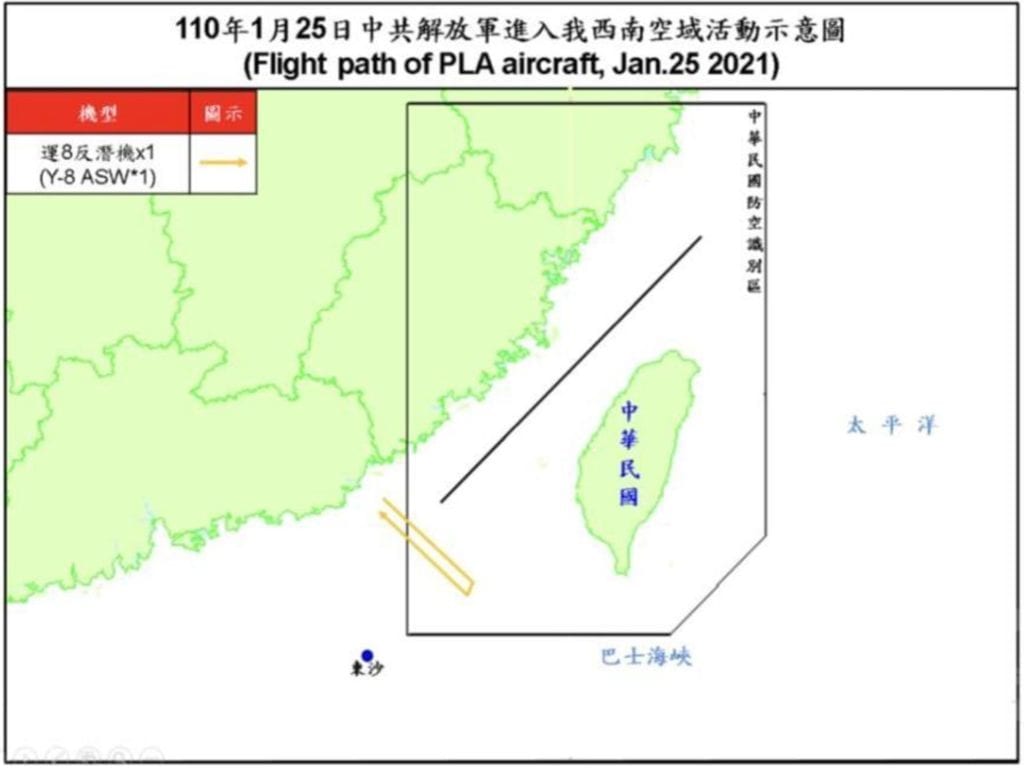 A schematic diagram of the Chinese military plane entering the airspace of southwest China on the 25th of January. Source:The Military News Agency 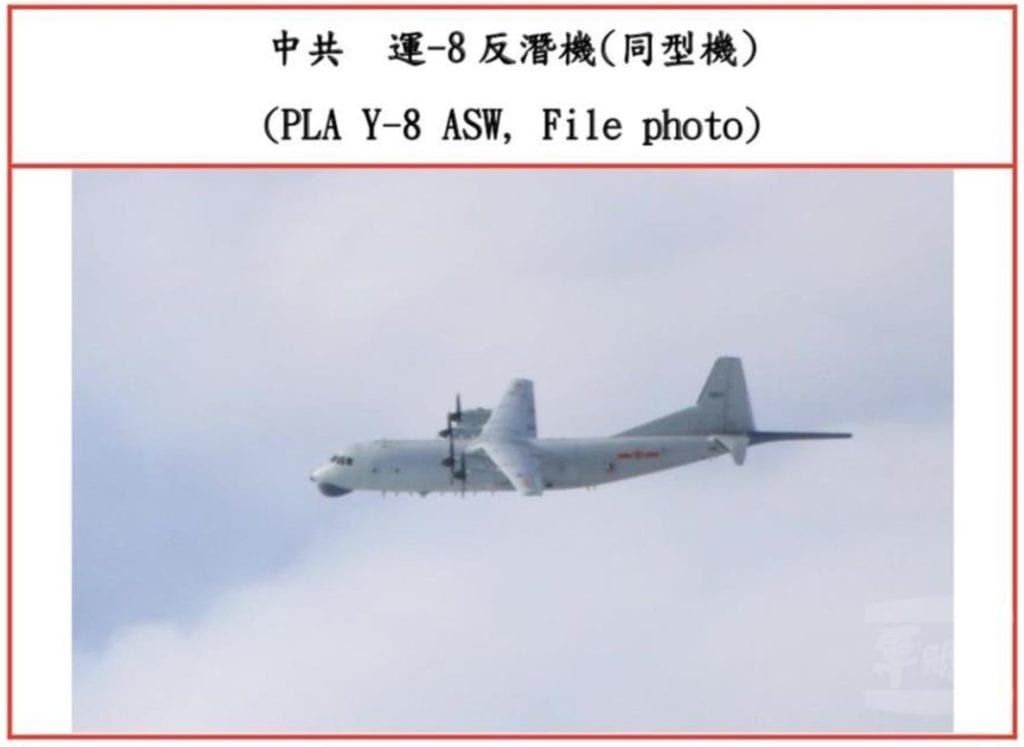 After Xi Jinping took office in 2013, he has worked to implement his own philosophy both inside of China and in foreign relations. He wants to realize a new international order with multi-polar/diversified development. Asia-Pacific is only the basis on the road to the global governance target. Xi also aims to reach the target of complete military perfection. He intends to make reforms in the military as well as in many areas. Xi also targets to turn the nation into a “maritime power” with the multiplication of vessels exponentially. Invasions of PLA to Taiwan are not ineffective. While it causes Taiwan to be on alert, it also causes marine life damage in waters. Hundreds of Chinese dredgers disrupt the local economy, damage undersea communication cables and intimidate residents and tourists to the islands.

Furthermore, an independence declaration from Taiwan would challenge the CCP because of Taiwan’s symbolic situation in its imperialist invasions. A failure on the ‘One-China’ strategy would be considered a complete defeat in the international arena. For all of these reasons, China’s dominance over the Asia-Pacific is indisputable. Thus, any action from Taiwan will be perceived as undermining its target.

As it seems, Taiwan has not been apprehensive in spite of all actions of China against it. All parties, Taiwan, China and the US, are weighing each other’s power and tolerance in the region. If Taiwan is willing to keep moving further on opposing China, it can reach a no-return point, and the military power of the two states are literally incomparable. Taiwan’s further steps and the US administration discourse will clarify the subsequent responses of China.