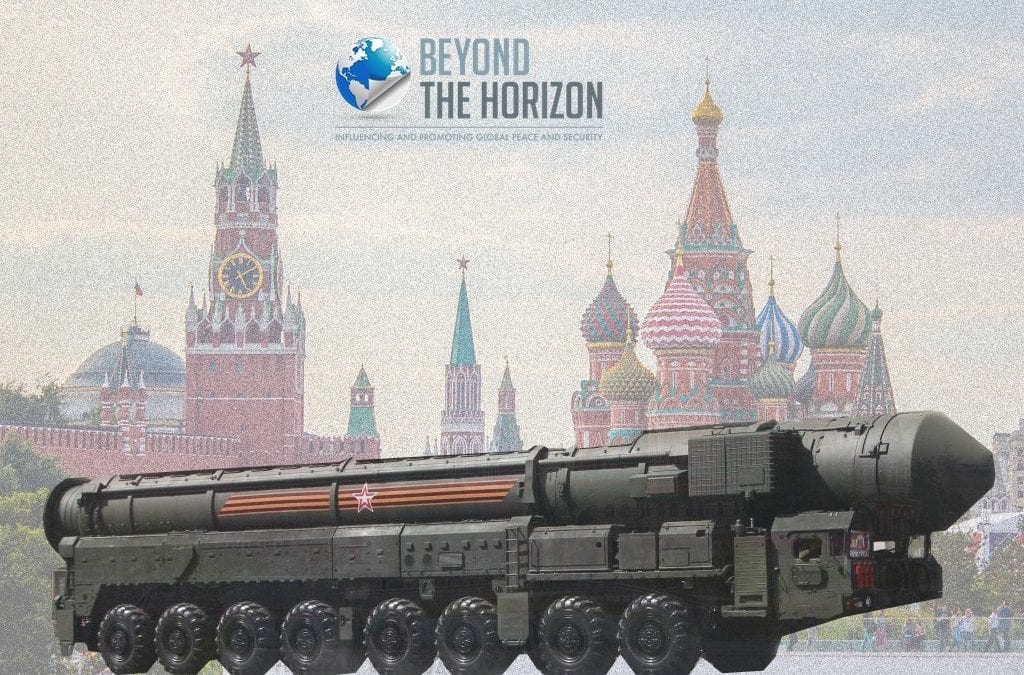 On 1 March 2018, Russian President Vladimir Putin, in his speech to the Federal Parliament, gave an overview of the development status of several “new generation” strategic weapon systems specifically designed to escape U.S. missile defense systems. He stressed that the Russian Ministry of Defense had started an active phase in partnership with the space industry companies. The missile system is called RS-28 Sarmat, also called as SS-X-30 Satan 2 by NATO. Apparently, Putin has given priority to build these new strategic missile systems for their strategic deterrence capability.

2. Capabilities of Sarmat and Results of Its Testing

The RS-28 Sarmat is the Russian silo-based missile with the heavy liquid-propellant, which was designed as a part of Russian nuclear modernization and is capable of transporting nuclear charges. Sarmat has been in development since at least 2009 in order to replace the aging R-36M2 Voyevoda (SS-18 Satan ICBM).

President Putin, in his March 2018 address to the Federal Parliament underlined that Russia had developed a brand-new generation of unstoppable nuclear weapons. He claimed that RS-28 Sarmat was “invincible” to any missile defense systems with “practically unlimited” range. If RS-28 Sarmat ICBM (Intercontinental Ballistic Missile) achieves its declared specifications, as President Putin stated: “The weapon has fully confirmed its specifications” it will be the first ICBM in the world of its kind.

Reportedly, missile’s firing tests progress as scheduled, and the testing phase will be completed by the end of 2020. The initial Sarmat prototype was ready in autumn 2015. The timeframe of the pop-up testing schedule has been postponed several times because of the lack of silo-based launcher. In this regard, following the first stage test of the missile in 2016, Russian Army conducted a launch test in which some technical shortcomings of silo-based launchers were identified in December 2017. Still, Putin declared that Sarmat had been successfully tested in December 2017 and that it could reach the United States via the North or South Pole thanks to its range of more than 11,000 kilometers. Putin stressed that Sarmat was in the test phase during his 2019 addresses as well. On 30 March 2018, Russia published video footage of a seemingly successful ejection test, which might have taken place at the end of March 2018, and the test may have also proved its performance. The third and last pop-up test of Sarmat was conducted in May 2018. Sarmat was originally scheduled to go into service in 2018, but this timeline has probably been delayed, and initial commissioning is now scheduled for the period 2020-2021. If Russia succeeds to finalize its testing phase, Sarmat’s serial production will be highly likely to start in 2021. Russia’s plan is to replace RS-36M2 Voyevoda with RS-28 Sarmat gradually by the mid-2020s.

According to claims by Russian sources, the intercontinental missile system will have a long-range and will be able to transport between 10 and 24 warheads. Another claim to be taken seriously is that it will be capable of penetrating any US missile defense system. Sarmat, if turns out to be as claimed, will clearly be the main counter-force weapon of Russia.

Still, one thing is clear. The claim that it could transport 24 of Avangard hypersonic gliders is false. Sarmat has only about two and a half times the launch weight of the SS-19. Sarmat missile has a range of 18,000 km and a launch weight of more than 200 tons. So , it is inferable that Sarmat will be able to carry only three to five Avangard gliders. Claims regarding the potential capabilities of Sarmat are numerous and have not been all cited here.

3. Within the Scope of the New START

After withdrawal of the U.S. from the Anti-Ballistic Missile Treaty (ABM), Russia accelerated the program in order to build “new generation” weapons, and then China, Russia, and the U.S. had announced Research and Development (R&D) projects for developing new generation nuclear-capable weapons.

The latest treaty which aims to limit the U.S. and Russian nuclear weapons, the New START Treaty, will expire in February 2021, unless both sides agree to extend it. By the way, Russia is developing missiles whether or not fall under the prescribed limits of the New START Treaty.

On 19 December 2019, President Putin stressed that nothing could prevent a new arms race and that global security would be threatened if the United States disagree on renewal of the New START, because the U.S. has not yet replied proposals of Russia for extending of the bilateral treaty.

Russian Foreign Minister Sergey Lavrov announced, “We consider that the Avangard and Sarmat systems are covered by the treaty. We are ready to include these weapons and systems in the current New START, when it is extended”, and further said, “We have already presented Avangard to the Americans, and we will be ready to do the same with Sarmat at a certain stage.”

Vladimir Leontiev, Deputy Director-General of the Russian Ministry of Foreign Affairs, stressed that Avangard and Sarmat could adapt and be included in the new START. According to him, if Sarmat materializes as a prototype, there will be no problems if the treaty is still be effective, including its probable extension.

Russia emboldened by having no regulatory force might choose to reinforce its existing inventory of cruise and ballistic missiles once the New START expires. So, this lack of incentive to curb Russian nuclear program creates another incentive not to make any commitment within a binding mutual. In other words, Trump’s policy choice has potential to put the two nuclear powers in another cycle of arms race, which would further put a vast geography to include Euro-Atlantic zone within reach of harm.

As Russia, China, and the U.S. have different military objectives and gaps; they use different strategies to pursue hypersonic weapons. Russia continues to be a major power in developing not only air-launched hypersonic ballistic missile but also ground, and sea-launched systems that use different boosters. Russian strategic rocket forces are an important element of Russian military strategy. Russia’s weapons perform all types of missions, and an important modernization program is underway in Russia that pose a significant threat to NATO and Western security.

** Sarmatia is the ancient name of a region between the Volga and Vistula Rivers now covering parts of Poland, Belarus, and SW Russia. Etymology of the name Sarmat is disputed, the old Eurocentric ideas receding and reformed with each new “surprising” discovery. Ideas reflect the corners hosting the authors, with the least attention paid to the Uralic peoples and known Sarmatian ethnology.