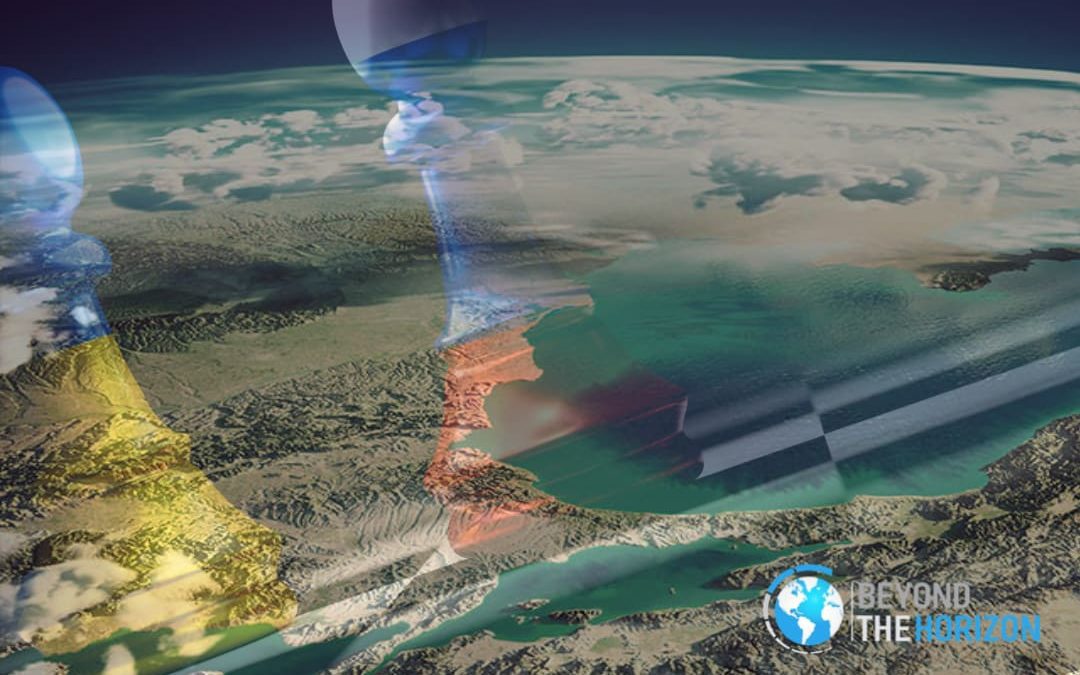 Russian Objection to the Enhanced Relationship Between NATO and Ukraine

The mobilisation of more than one hundred thousand Russian troops around the border of Ukraine rings an alarm for the transatlantic Alliance. The growing relationship between Ukraine and NATO and Western expansion into former Soviet space are the alleged reasons for Russia to take this threatening offensive stance. Russia demands from the transatlantic alliance guarantee that Ukraine will not be a member of NATO. In retrospect, Russia had militarily responded to the deposition of Victor Yanukovych by annexing Crimea in 2014. On the other side, NATO started its strategic relationship with Ukraine in the political dimension by signing the Charter on a Distinctive Partnership in 1997 and further enhanced this partnership by declaring NATO-Ukraine Commission in 2009, enabling Ukraine to participate in NATO-led missions and operations. After the annexation of Crimea, the Alliance announced the Comprehensive Assistance Package in 2016. Despite increased cooperation and assistance in the defence sector, its activities in the field have not been sufficient to deter Russia from increasing its pressure over Ukraine by implementing different hybrid warfare tactics such as using paramilitary groups.

The tension between Russia and NATO over Ukraine should be analysed in light of the current geopolitical conjuncture in the Black Sea region. The geopolitical scene of the Black Sea region has significantly changed since the end of the Cold War due to the participation of Bulgaria and Romania in the European Union and NATO. Moreover, Georgia and Ukraine are eager to develop closer ties with NATO in order to modernise their military forces, including navies, which were degraded by Russian military forces in 2008 and 2014, respectively. In 2016, Romania proposed the establishment of a Black Sea flotilla with the participation of Italy, Germany, the United States, and Turkey as a response to the annexation of Crimea by Russian military forces.

The new senior command structure of the Turkish Armed Forces that was formed in the wake of the so-called coup attempt in July 2016 has so far refrained from taking a stance conflicting with the Russian defence policies. During this period, Turkey has developed tighter political and military relations with Russia by acquiring S-400 Air Defence System and other actions.

As a result of Turkish aversion to taking a conflicting stance towards Russia and also due to provisions of the Montreux Convention that provides a legal framework for the movement and basing of the naval forces of the (non-)littoral states, so far, a strong Western presence in the Black Sea has not materialised to limit or lessen Russian naval activities. Although especially Romania, Ukraine, and Georgia have closer ties with the Western countries on the political level,  NATO Black Sea defence and security strategy has remained underdeveloped, while Russia has gradually modernised and strengthened its Black Sea fleet and showed its determination to militarily respond to the activities of non-littoral states such as by harassing the HMS Defender before the US and Ukraine-hosted Sea Breeze 2021. The divergent nature of the political and security relationship between NATO and these countries creates an anomaly in the formation of a coherent and comprehensive strategy for the transatlantic Alliance.

Why is Montreux Convention so Critical to the Parties of the Tension?

In order to understand the military power balance in the Black Sea, it is necessary to the restrictive provisions of the Montreux Convention on non-riparian states. The passage regime of naval warships under the Montreux Convention is the key obstacle in front of both NATO and the US to deepen their naval relationship with Ukraine, Georgia, Bulgaria, and Romania. Based on the provisions of the Montreux Convention, both aircraft carriers and submarines of non-riparian states cannot pass through the Turkish straits. Moreover, Montreux Convention does not allow the non-riparian states to keep warships more than 45.000 tons in the Black Sea, and the total tonnage of one state’s warships cannot exceed 30.000 tons. Restrictive provisions of Montreux hinder members of the transatlantic Alliance to build a permanent naval task force in the Black Sea to counter the activities of the Russian navy in case of a possible military conflict. The temporary nature of the NATO and US military activities, such as the deployment of warships for a limited period of time or conducting regular naval tactical exercises is not sufficient to counter the strong sea denial capability of Russia in the Black Sea.

Is Termination of the Montreux Convention an Option?

The termination or amendment of the Montreux Convention has been discussed for different reasons, including the possible impacts of Turkey’s recent Canal Istanbul Project. Yet, none of the signatory states has so far officially attempted to initiate the termination process by making a declaration to France. After the occupation of Georgia by Russia, although pressure was put on Turkey by the US to loosen provisions of the Montreux Convention, Turkey did not change its traditional stance due to the possibility that the Black Sea would turn into an area of a dangerous power struggle between the great powers.

The delicate economy of Turkey is extremely susceptible to the possible interruption of gas flows from Russia and its boycott in terms of imports and tourism. Moreover, Russia has the option to start a military operation with the Assad regime in Idlib province, which can create 2-3 million additional Syrian refugees along the Turkish borders. This translates into a Turkey that is not in a strong position in terms of responding to possible demands of NATO and the US regarding the termination of the Montreux Convention in case of a military conflict between Russia and Ukraine. Turkey can be said to have followed a “balanced” policy. On the one hand, it has tried to maintain good relations with both NATO and the US despite seasonal conflicts as it was the case in the Eastern Mediterranean and Libya, such as allegations that Turkey broke the arms embargo on Libya and tension between Turkey and Greece over the maritime delimitation in the Eastern Mediterranean.

Is the US Really Back?

The passage regime of the Montreux Convention can only be changed with the strong pressure by NATO and the US over pro-Western countries in the Black Sea. Since the Obama administration, the US has shown some hesitancies about financially and militarily supporting NATO due to the declining military budgets of the NATO members. During Operation Unified Protector in Libya to protect the civilians, the US preferred to lead behind the other NATO members with activities such as attacking critical targets with long-range missiles and providing logistic support instead of actively participating in military operations. Despite this support from the US, NATO had serious difficulties in continuing the military operation against the Gaddafi regime, which had a weak military power.

Under the Joe Biden administration, the US has adopted a more assertive approach to the military activism of Russia along the borders of Ukraine. This approach is also reflected at the NATO summit in 2016, in which it was stated that “Russia’s recent massive military build-up and destabilising activities in and around Ukraine have further escalated tensions and undermined security.  We call on Russia to reverse its military build-up and stop restricting navigation in parts of the Black Sea.”

Having said that, the US tries to establish the right balance between countering the growing military power of China and maintaining its commitments to other regions, including Europe. The US’s possible military confrontation with Russia will significantly impact the global force structure of the US to the detriment of the policies of the US that aim to control the military expansion of China in East Asia. In addition to that, even in the tense environment of the Cold War, the US and former USSR (Union of Soviet Socialist Republic) avoided engaging in a direct military conflict under the shadow of nuclear weapons. Considering the stance of the US in Operation Unified Protector, the military strength of Russia, and the rising military capacity of China in East Asia, it seems unrealistic to think the US would give a strong military response against possible Russia’s invasion of Ukraine.

In the current political conjuncture, the possibility of the Montreux Convention’s termination by putting pressure on Turkey is very low. NATO and US can negotiate with Ukraine and Romania to initiate the termination process of the Montreux Convention. However, two years are required to finalise this process, which must be ended with the signing of a new agreement by riparian states.

Even if the restrictions of the Montreux Convention are overcome, it will be too risky for the US and other NATO members to deploy strong naval forces in the Black Sea due to the strong sea-denial capacity of the Russian navy. Having fighter jets with long strike capability, six modernised Kilo-class submarines and land-based missiles, the Russian navy poses great danger for the naval forces of the non-riparian states.

A possible military incursion by the Russian forces will certainly include a maritime aspect. Russian navy will likely conduct a blockade operation from the Black Sea to deny Ukraine external support from the sea. The blockade will equally target Ukrainian merchant shipping. Having said that, such military intervention by Russia would have high costs for the Russian economy due to the possible imposition of heavy economic and political sanctions by the transatlantic Alliance.

A paradigm shift for Ukraine from a torn county to a bridge country between Russia and the transatlantic Alliance may reduce the military tension in the region. On the other hand, due to the Russia’s covert operations and hybrid tactics, it will be ineffective for the transatlantic Alliance to try to prevent the destabilising Russian activities against Ukraine by only relying on diplomatic negotiations. It can be claimed that there is a catch-22 situation for NATO to counter the Russian activities. If NATO continues to strengthen its relationship with Ukraine, the level of the Russian aggressive military actions will be increased. On the other hand, NATO’s weak military presence in the region may encourage Russia to strengthen its position in Ukraine. Therefore, NATO and the US should continue to show strong naval presence in the Black Sea within the restrictive scope of the Montreux Convention in order to show its determination in countering Russia’s growing presence in the Black Sea region, which is also a fundamental mainstay for Russian military activities in the Mediterranean Sea In addition to that, both NATO and the US mainly rely on legitimate non-military actions such as economic and political sanctions to balance the Russian activities.