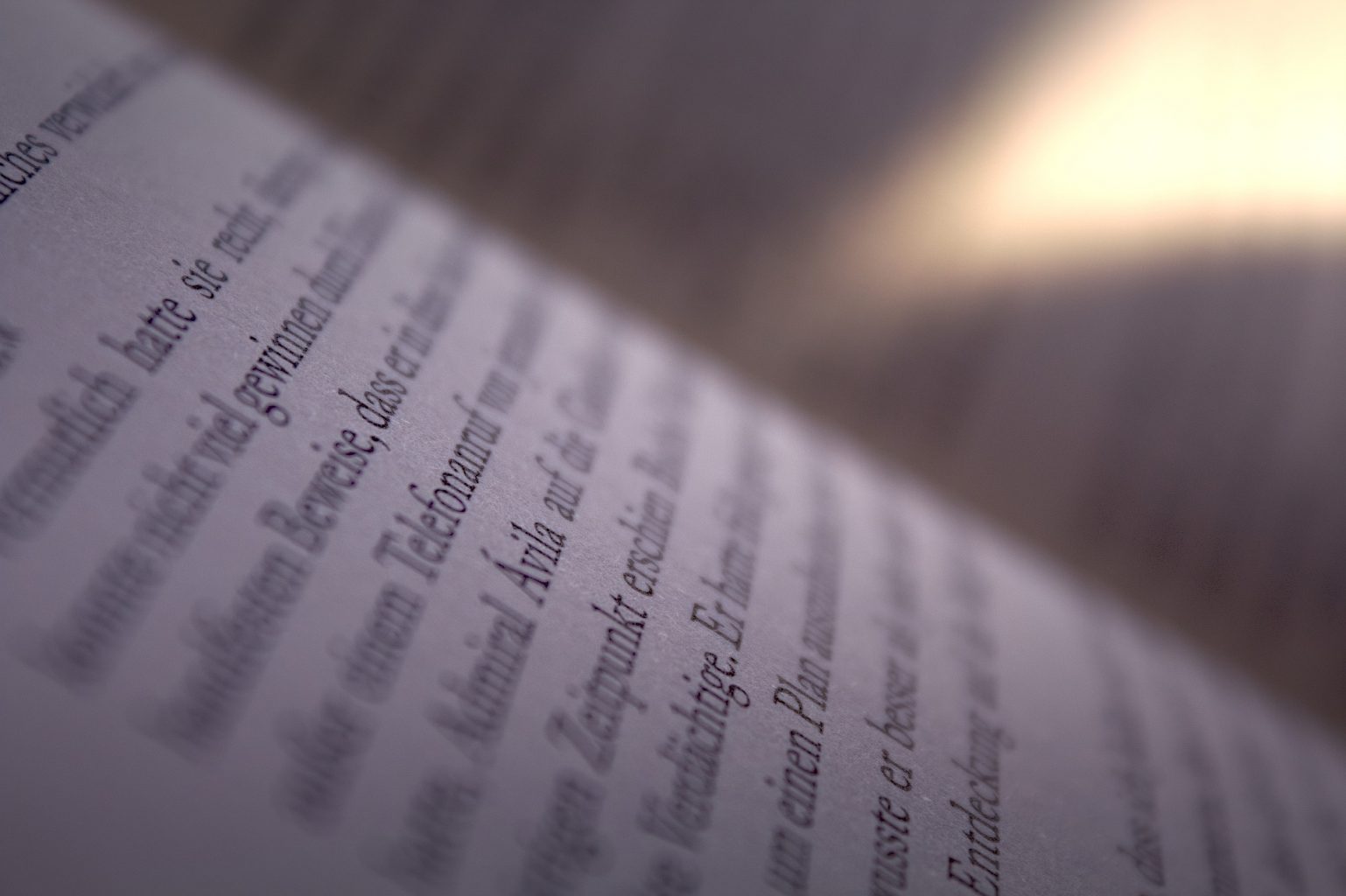 Barry Buzan and Ole Weawer’s work “Regions and Powers” can be cited as an important book attempting to lay the foundations of regional security dynamics in a given region. Building upon their previous work ²Security: A New Framework for Analysis² published in 1998, the authors further develop their regional security complex (RSC) into regional security complex theory (RSCT). With this region is initiated as the most meaningful level for security analysis in the world order that emerged in the aftermath of the Cold War.

In the book, the authors operationalize the theory to define the RSCs of the world using qualitative method. They create a model to analyze, explain and to an extent anticipate security developments in regional security complexes (RSC).  Within the context of the book, the authors study four parts of the world to define and operationalize the theory to come up with following RSCs: Middle East, Sub-saharan Africa, North and South Americas, EU-Europe, the Balkans, post Soviet space and East and South Asias.

Coming to the question of what RSCs are, they are defined as clusters of states of which primary security concerns link them in a way that their national securities cannot be considered apart. Those clusters are located geographically closely as many threats travel much easier in shorter distances.  Within these anarchic complexes, patterns of amity-enmity and polarity are two defining features for the essential structure.

The main contribution of this work is its achievement to bring together two disparate schools namely constructivist and neorealist traditions to create a tool for analysis.

The theory draws upon securitization, an important constructivist component to define amity-enmity patterns and  takes the state as the main referent as part of neo-realist baggage of the study.

The authors main argument is that with the collapse of the Soviets and the end of bipolar international system, the globe would witness the “region” to emerge as a meaningful level of analysis. This is not to say that the region was not important during Cold War and before. Yet, the unipolar structure catapulted the region to more importance. This is because of two reasons:

According to the authors, end of Cold War impacted the regions in three ways:

So departing from a neo-realist perspective, the argument is that the state less exposed to superpower rivalry finds fertile grounds to define its own security agenda based on the conditions in its immediate proximity. Even though not having an actor quality, regions add two levels of analysis to the neo-realist multi-level system to result in unit, regional, inter-regional and global levels.

The authors find two deficiencies in both neo-realist and globalist approaches to the security. Accordingly both cannot see the increasing territorialism and globalism at interplay within the region at the same moment. Globalists miss to catch the effects of terriotarialism whereas neo-realists have hesitance in looking below system level and are in need of revision of their view of global system.

The global system proffered by the authors at the beginning of 21st century is one of consisting a superpower + four great powers. The new system is comprised of superpower, great powers and regional powers. It is clear that after the implosion of the Soviet Republic, USA remained as the sole superpower. It was equally clear that there were many regional powers like Brazil, India and Indonesia. Those regional powers define the polarity within any RSC. Between two layers there exist a group of states with significant capability to project power beyond their regions and short of reaching the power USA possessed. Those four are China, Russia, Japan and EU. In the sense the authors use great powers as opposed to some other definitions, they lack the ability to operate on the whole international system.

Here one needs to revisit the definition of regional power by the authors. Regional powers matter in their respective regions with a certain clout within and can have global influence only exceptionally when becoming a subject for global rivalry or become a subject of special focus where particular behavior may trigger further global outcomes. Their numbers matter to define the polarity of regions.

The authors find both levels that dominate security analysis meaning national and global levels insufficient. For them the security of the states is interconnected to a certain level rendering it nearly impossible to get results by efforts at solely national level. On the other hand, this interconnectivity is not and seems hard to be attained in the near future to be able to talk about a meaningful global level. What is left is security at best explained and anticipated in the regional level with loose connections at interregional and global levels.

Reverting back to the regional security complexes how they are conceived depends on several factors. First, in line with the definition there should be a durable pattern of amity and enmity  to further stipulate a standing security interdependence amongst units. In most cases this is resulted by historical enmities, rivalries or a sharing of a common cultural heritage in the case of the latter. Second, geographical proximity create conditions for enhanced interactions between the units not limited to military but to include environmental, economical and social realms. As threats travel more easily within shorter distances from the military standpoint, the geography also dictates new disagreements or subjects to be heeded for the units. The scarcity of the water resources in the Middle East can be a good example to a non-military issue being securitized by the states eclipsing many other security items. When anarchy and balance of power reflexes are added those two items create RSCs with units having more comparable security concerns when compared with units in other  RSCs.

The authors further claim that no power to include superpowers can change the amity and enmity patterns within a region. The example given by authors is lack of change in the attitudes of the Arab Nations towards Israel despite the transformation from bipolar to unipolar structure. Arguments in this part are not convincing.

The authors draw upon constructivist school for explaining RSCs saying  ”Security is what the actors make of it”. Accordingly, the region might change based on what the actors securitize or desecuritize. The acts and discourses are studied to define the region.

The boundaries of RSCs are defined with geographical divisions, weak interactions with the adjacent RSCs or occupation by insulators. There may also be one or more sub-regions within an RSCs. The utility of such subcomplexes is to increase the power of explication of the theory by allowing overlaps within regions. To be more precise Levant and Gulf Regions can be cited as two subregions within the Middle East RSC. Iraq even though being in the Middle East RSC can be a member of both Gulf and Levant subcomplexes.

To the authors, even though smaller states will try to seek a balance within the region great powers will have the capability to penetrate several adjacent regions. Superpowers will on the other hand have the ability to project power across the globe. The latter two will use penetration mechanism to project power. That’s to say they will make use of regional rivalries to make security alignments with states within a region.

The authors classify RSC as standard or centered. Accordingly, standard RSCs are comprised of two or more regional powers with contingent different polarity. Those could be conflict formations, security regimes or security communities. In conflict formations regional rivalries shape the behavior of the states whereas security regimes present a more stable structure based on agreements. Centered RSCs are unipolar with no regional power, the pole being a great or superpower. In such cases the unipole follows a global rather than a regional role to leave the security dynamics suppressed. North America creates a good example of such. A third type of a centered RSC is where the order is restored through institutions rather than a power. EU can be cited as an important example of such.

In cases of overlay where great power interests dominate a region so heavily that a meaningful security interdependence does not form it may not be possible to mention about existence of a RSC. Another reason for inexistence of an RSC can be weakness of the states in a region. In such cases there does not arise a regional power and none of the states come close to be a security concern for the other states.

All those comprise the conceptual framework of the authors delineated in the first three chapters of the book. The following ten chapters have been devoted to the application of the theory to the whole globe in search of justifying which RSCs exist and their types, amity enmity patterns at work within, polarity and penetration. Especially the part about Middle East is an interesting read.

The book contributes to the field of security studies in two major ways.

On the other hand, the book has several deficiencies. The first is the over-emphasis on the state. The book privileges state and disregards IOs, NGOs and individuals. Second, even though regional security complex theory is a good tool to understand the external relations and foreign policy options of the states within any region towards each other and towards external forces, the book fails to account for the new security items like food security, terrorism, state failure and migration which further influence internal dynamics of the states. This is understandable based on the fact that such problems started to pose greater problems especially after 2003 where the US invasion in Iraq started. Last, the book was penned within the unipolar moment as Krauthammer puts it. Revert of Russia as a major player, current turmoil in political orientation of the Western States causing great shifts in their foreign policies and ongoing hybrid warfare on both flanks of NATO limits power of explanation of the RSCT to an extent.