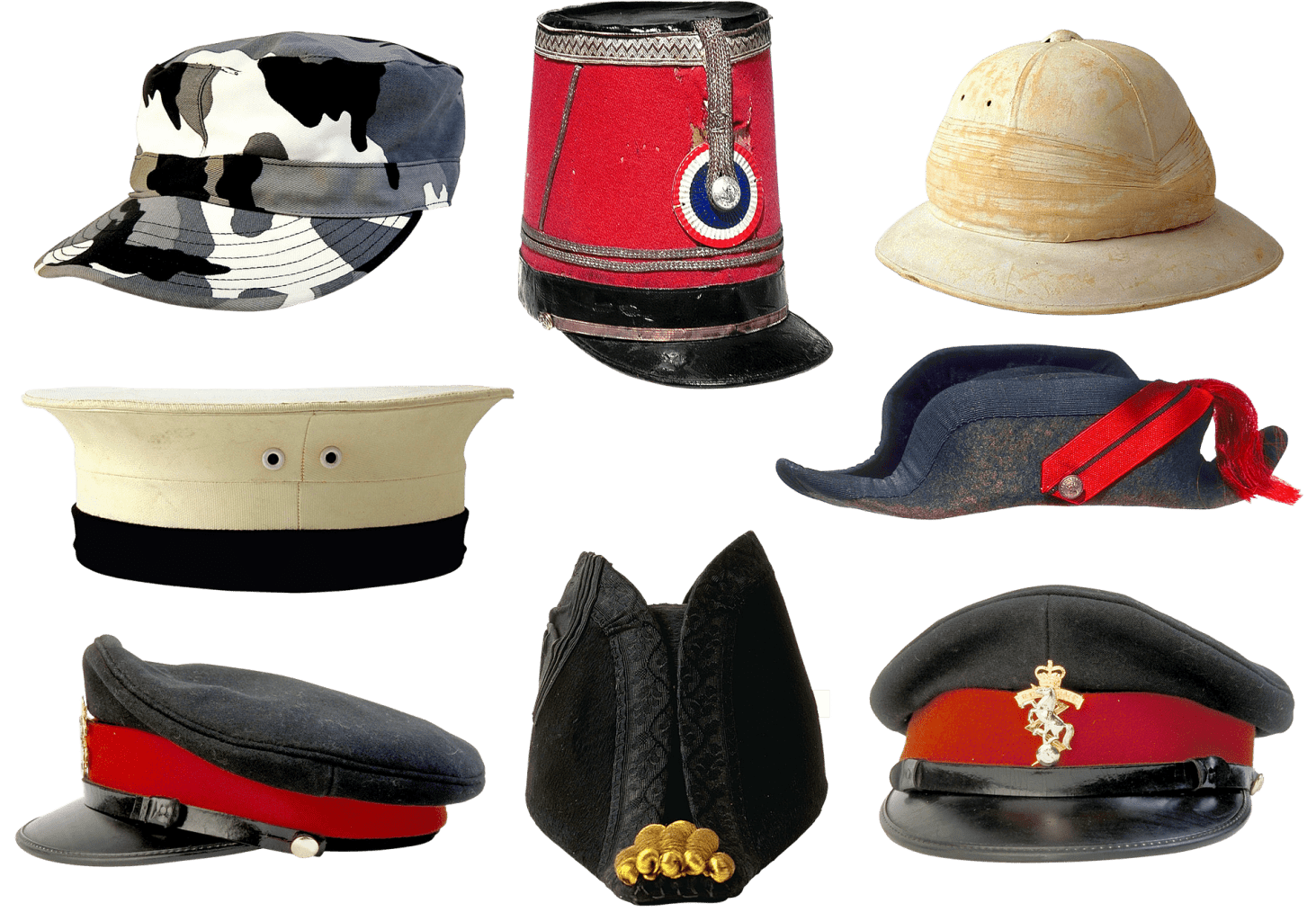 In line with the universal ban on use of force, relations in military field are subject to more limitations than relations in other fields.

As the issue is very complicated, this analysis is limited to the legal basis of military involvement in two foreign countries, Iraq and Syria, by two global powers, US and Russia, and two regional powers, Turkey and Iran, from international law perspective.

Russian President Vladimir Putin and Iraqi Vice President Maliki discussed supplies of Russian T-90 battle tanks in a contract that could exceed $1 billion at a meeting in St. Petersburg on July 25, 2017, according to a Russian military official present at the meeting. Maliki also showed his appreciation for the Russian role in Syria that, according to him, “preserved the region from a total collapse”.

Maliki’s statements made in his official capacity constitutes a clear invitation to Russia for continuation of its role in Iraq. Maliki’s visit marked his country’s consent for resumption of Russian military involvement in Iraq.

An American-led intervention in Iraq also started after the invitation of the Iraqi Government.[i] The US government received a letter from the Iraqi government explicitly asking for US help in the fight against ISIS, thus supporting a claim of collective self-defense. According to the US notification to the United Nations, Iraq has specifically requested that the US lead international efforts to strike ISIS sites inside Syria to suppress continuing attacks on Iraq and protect Iraqi citizens. Therefore, we come to  conclusion that US has the consent of Iraq for its operations in the country.

Under the theory of collective self-defense, the United States is assisting Iraq in responding to the direct and ongoing threat stemming in part from ISIS forces in Syria, and Syria being either unable or unwilling to quell the threat. This is used as an argument for justifying lauching incursions into Syria’s territory. It is evident that the legality of the strikes in Syria has been subject to more discussion than the one in Iraq. Syrian President Assad on March 11, 2017, commented on US troops who had recently arrived in Northern Syria that all foreign troops on Syrian soil without invitation of or consultation with the Syrian government are considered “invaders.” The Syrian leader did not rule out cooperation with the Trump administration but said it was not practical yet. It is understood that even if the the US and some members of the International Coalition Against ISIS does not have the consent of Assad regime, at least they have settled their legal arguments for military operations in Syria.[ii]

On the other hand, the Russian military involvement in Syria followed a request from President Bashar Assad to President Vladimir Putin, according to Syria’s state news agency (SANA), which reports that Assad asked for Russia’s intervention in a letter that cited Russia’s efforts to fight terrorism. Russia has the consent and approval for its military presence and operations in Syria.

Although, US President Trump, last month, said that new threats were emerging from “rogue states like North Korea, Iran and Syria and the governments that finance and support them” and the US military has accused Iran of escalating violence in Iraq by funding, training and equipping militias, Iran and Iraq signed an agreement on July 30, 2017, to step up military cooperation and the fight against “terrorism and extremism”.

When it comes to Turkey, neither the US nor Iraq wanted Turkish participation in Mosul and Baghdad accused Ankara of breaching Iraqi sovereignty by deploying troops in Bashiqa where it is providing training for Sunni militias.[iii] Iraqi Prime Minister Haider al-Abadi, in his  address during the 70th session of the UN General Assembly on September 30, 2015, said the deployment of hundreds of Turkish forces happened without the approval or knowledge of the Iraqi government and constituted a violation of national sovereignty. It is clear that the leadership of Iraq has not consented to Turkey’s military involvement in Iraq. Regarding Syria, President Assad said in April 2015 that he has invited Hezbollah fighters to fight alongside his regime but has denied the presence of Iranian troops in Syria in an interview with French television. However, there are reports that  Iran’s military forces and operations in Syria are significantly more than what has been generally reported so far. Iran will provide military advisers to Syria for as long as necessary in support of President Bashar al Assad’s forces, a senior commander in the Iranian Revolutionary Guards was quoted last May. The more Iranian military support and casualities increased, the more Iranian officials began to speak about their role in Syria. It seems that Iran has the implicit approval of Assad regime for its operations inside Syria. Turkish operation met with strong objections by the Syrian government. In October 2014, Syria labelled Turkey’s operations “a bare-faced violation of the Charter of the United Nations”. Then, Damascus condemned the operation as a “blatant violation of the sovereignty” and called on the UN to “put an end to this aggression.” To put it simply, the Turkish intervention lacks the territorial state’s consent.

SUMMARY OF THE PRESENT SITUATION

Russia has the strongest position in Iraq and Syria, as it has the consent of the two governments.

US’ position in Iraq is clear and sound. With regard to Syria, it has settled its legal arguments well so far and in it has a wide international support for its operations.

Although most of its activities are not fully transparent, Iran has all kinds of ties with Iraq and Syria, including military one. It is highly likely that it has the consent of the Iraqi and Syrian governments.

Turkey’s situation is the weakest among these four states. Both Iraqi and Syrian governments has been strongly protesting the Turkish military involvement in their respective countries. Furthermore, Turkish military operations against YPG which is considered as an ally by US in its fight against ISIS in Syria, makes the existing relations between the actors in the field more complicated than ever.

[ii] If Assad has moved toward consent, there will be questions:

So have the Syrians come around? Were previous statements by the regime in advance of the airstrikes a form of strategic posturing (e.g. an attempt to get the US to militarily cooperate with Assad)? Can we consider any Syrian statements now in favor of US actions a form of genuine and voluntary consent since they are made under the condition of repeated military force by a far more powerful state? Are Syrian statements in support of the strikes thus just a form of face-saving and not true consent?

Press Release of Turkish Foreign Ministry Regarding The Attack Against The Region Of The Bashiqa/zelikan Training Camp , 16.12.2015: http://losangeles.cg.mfa.gov.tr/ShowAnnouncement.aspx?ID=247415.

[iv] It should be noted that the Kurdish forces are viewed by the Americans as its most effective allies against ISIS, but warnings by Washington not to strike against them have been ignored by the Turkish military.

[v] Shane Reeves and David Wallace wrote on lawfareblog that based on current conditions, Turkey is occupying a portion of northern Syria and displaced the Syrian government as the sovereign in the area. The fact that the Turkish and Syrian armed forces are not openly engaged is irrelevant. While the Assad regime remains silent on the Turkish cross-border operation, it clearly has not consented to Operation Euphrates Shield. Some may argue that the Syrian regime cannot complain about the Turkish military operation as it has lost control of its northern border. However, the Syrian government is still recognized by the vast majority of the international community and its borders are unchanged.  In other words, the Syrian state remains intact and their sovereign territory is being occupied by Turkey. If Turkey is, indeed, engaged in an occupation of parts of northern Syria, Ankara must now comply with a host of legal obligations under the Fourth Geneva Convention as an occupying power.