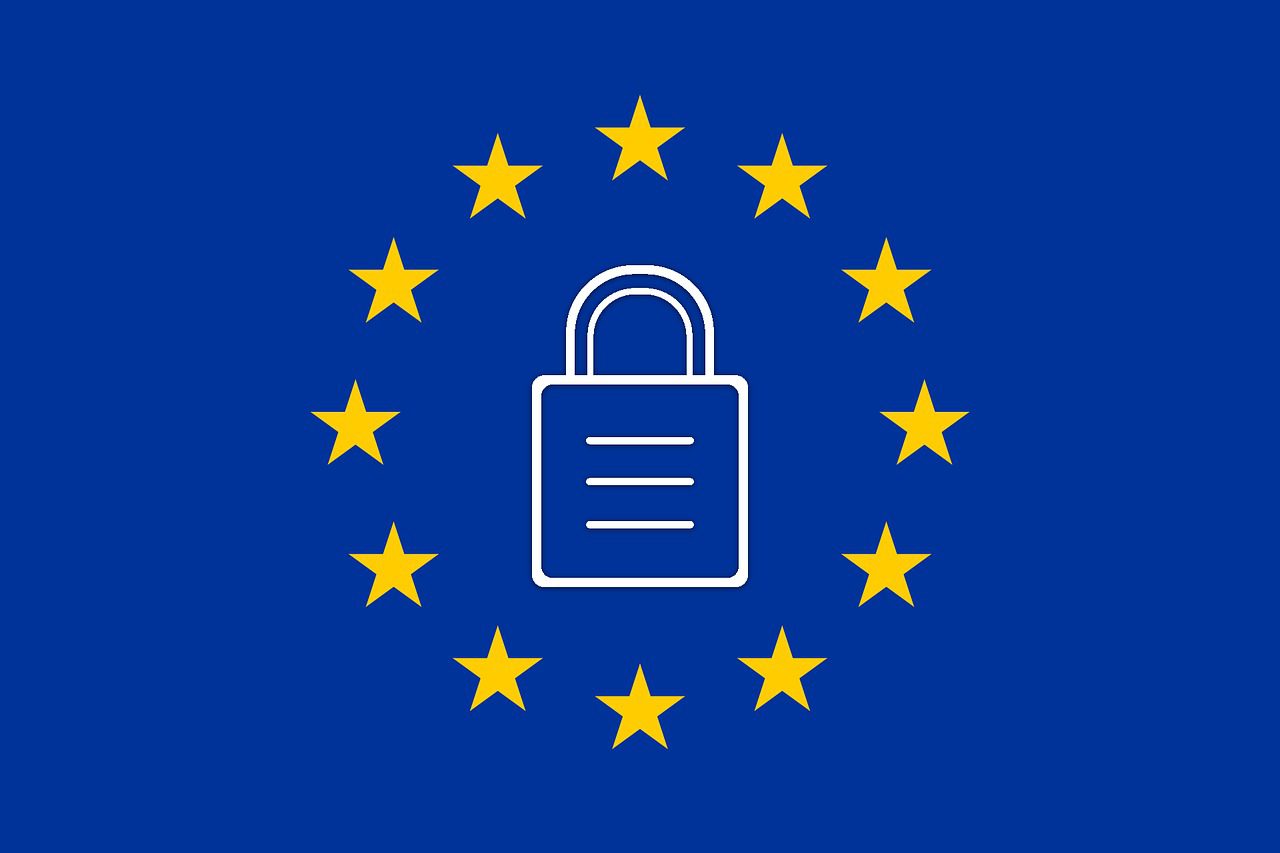 The theatricals surrounding the decision to move to phase II of the Brexit negotiations obscure another momentous European development: the launch of ‘permanent structured cooperation’ in the defence field.

In this CEPS Commentary, Steven Blockmans explains that although lack of political will and mutual trust among EU member states have long stymied their cooperation on security and defence, the initiative launched at the December European Council pushes the EU integration process forward. It may also be hugely significant for both the strategic autonomy of the UK and the strengthening of the European pillar within NATO – but only if the political will is there to drive it forward.

Almost 65 years after the demise of the European Defence Community Treaty, in a French parliament reluctant to pool and share hard core sovereign powers with post-war Germany, the EU’s formal launch of ‘permanent structured cooperation’ on defence at the December summit of the European Council does not, however, represent a giant leap towards a common defence, much less the budding ‘EU army’ that some EU leaders would have us believe.

At the hard core of state sovereignty

Lack of political will and mutual trust among EU member states has long been an obstacle to cooperation in security and defence. In the years that followed the financial crisis and overall austerity, defence budgets all over Europe were slashed in an uncoordinated manner, hollowing out most member states’ military capabilities. Facing a fraught security climate in the Arab world, the leaders of the EU member states meeting at the December 2013 European Council decided to buck this trend. But delivery has lagged behind.

In December 2016 the leaders of the member states instructed the EU institutions to prepare the ground for strengthening the Union’s common security and defence policy, thereby tapping into the political momentum generated by Russia’s assault on Ukraine, the prospect of Brexit and the unpredictability injected into US foreign policy by President Trump.

Twelve months later, a separate European defence fund has been created, as well as a permanent headquarters for (non-executive) military operations. In addition, the EU is now formally launching permanent structured cooperation (known as PESCO in EU lingo) between 25 member states for the development and deployment of defence capabilities. Only Denmark (which has an opt-out from EU defence policy), Malta (which has a very small military) and the UK (which is leaving the EU) have chosen not to take this first step towards the broader goal of a European Defence Union. An annual review mechanism will monitor the implementation of commitments.

Although this winter package was developed with remarkable speed in response to the need expressed by citizens for the EU to offer better protection against security threats, both within and outside its borders, the political rhetoric surrounding its launch has raised expectations that the EU may not be able to meet.

Inclusivity vs level of ambition

The first risk of delay comes with the German desire for inclusivity – i.e. having as many as 25 member states on board in PESCO will ultimately hold up substantial progress in this field. While the level of ambition described in the initial policy documents has been maintained, decision-making by unanimity will prolong consensus politics and mean that the speed of European defence cooperation and integration is determined by the slowest wagon in the train.

Poland may well replace the UK as the member state that most frequently slams on the brakes. In the face of Russian aggression, the country relies on the hard security guarantees provided by the US. Warsaw has long resisted the idea of EU defence integration for fear of undermining NATO’s resolve to come to the rescue in an hour of need. Political market forces unleashed by the prospect of Brexit and the election of Donald Trump have led the contrarian Polish government to sign up to a new chapter of European integration, no doubt driven by the thinking ‘if you can’t beat ‘em, join ‘em’. Rather than being left at the station, Poland jumped on Europe’s defence train, fully expecting to be able to slow it down and even change the direction of travel.

This raises the question of whether projecting unity was more important to the architects of PESCO than using up a unique legal basis under the treaty that would have allowed for a greater level ambition with a smaller group of states. France – after Brexit the only member state with a nuclear and expeditionary force capacity – is already preparing for closer defence cooperation outside the framework of PESCO, in the sphere of external intervention.

Second, the new European defence fund has been touted as a ‘game changer’ because it introduces an instrument whereby the European Commission can tap into the EU’s general budget to finance initiatives in the field of defence. Generally speaking, budget is policy. The plan to earmark €1.5 billion per year after 2020 to spend on military R&D (€0.5bn on research and €1bn on development and acquisition) is indeed ground-breaking, but it is also conditional on a future agreement on the EU’s post-Brexit multiannual financial framework. Until 2020, €90 million is available for research and €500 million for development and acquisition.

As things stand, the sums of money currently available and the co-financing arrangements to bring EU funds online for development and acquisition (in the form of a 20-30% top-up for proposals by consortia of companies from a minimum of two member states) will fail to produce the big bang the Union needs to create a military-industrial complex. The potential to “turbo boost” defence spending is likely to be restricted to EU-level initiatives that do not threaten national industries or local jobs, where transnational responses are required to meet current and future challenges, and where shortfalls are, relatively speaking, the biggest. The training, capability development and operational readiness of a European cyber shield, drone force and medical command come to mind. It is thus crucial that the collaborative projects developed in the experimental phase of an inclusive PESCO add real value at EU level. Differentiated integration in this field is occurring at the grassroots, not top down. Pioneering proposals from small consortia of member states could help raise the level of ambition overall, but for this upward convergence to materialise, the legal standards and requirements in the areas where projects are developed would need to be harmonised.

Third, the creation of a ‘coordinated annual review on defence’ (CARD) depends on trust, which has historically been in short supply in Europe. The CARD system is designed to encourage EU member states to synchronise their budgets and capability plans. Increased transparency should allow member states and the European Defence Agency (the executive body entrusted with the task of strengthening the European defence industry and supporting military cooperation among the member states) to identify opportunities for joint projects in capability development and deployment, and to create peer pressure to spend more on defence (up to the level of 2% of GDP agreed to in NATO). Yet, as with the semester system in the eurozone, CARD operates on a voluntary basis. Short of the diplomatically unfriendly act of suspending a member state from PESCO, it is unclear how compliance with the binding commitments will be enforced. Also, without a common agreement on which (nationally produced) capabilities can be scrapped, the ulterior aim of rationalising the European defence market is unlikely to be reached any time soon.

It is worth noting that none of these efforts are intended to duplicate or compete with NATO, but to streamline and improve the functioning of existing structures in the EU. In fact, NATO Secretary General Jens Stoltenberg has given his seal of approval to the EU’s initiatives, provided that the two organisations act in full complementarity. To that end, a whole raft of concrete proposals for enhanced cooperation in areas such as countering hybrid threats, cyber security and operational cooperation in the Mediterranean are being implemented. These measures do not depart from the modus operandi of European security and defence but help to banish certain ghosts from the past in coordination between the two Brussels-based organisations.

National governments operate a single set of forces; thus by developing and using joint instruments the EU will strengthen capabilities that are also available to NATO and the United Nations. It goes without saying that this requires a strong commitment on the part of France and Germany.

A stronger EU will also be in the UK’s interest once it has left the Union because it will need Europe’s backing to punch above its weight. But the key to success is greater strategic convergence, whereby member states and key partners on the EU’s borders fully recognise the link between the inevitable restructuring of their armed forces in the short term and the long-term added value of pooling and sharing military capabilities for sustainability and effectiveness.

Seen in this light, the British government’s plans to forge a strong military partnership with the EU post-Brexit is a little ironic given that it always tried to block such progress as a member state. But such a strong partnership would be a qualitative leap towards meeting the challenges posed by a rapidly shifting security environment.

* Steven Blockmans is Senior Research Fellow at CEPS, Brussels and Professor of EU External Relations Law and Governance at the University of Amsterdam. His publications can be found here.