Economic Inequality as A Cause for Escalation in Populist Votes 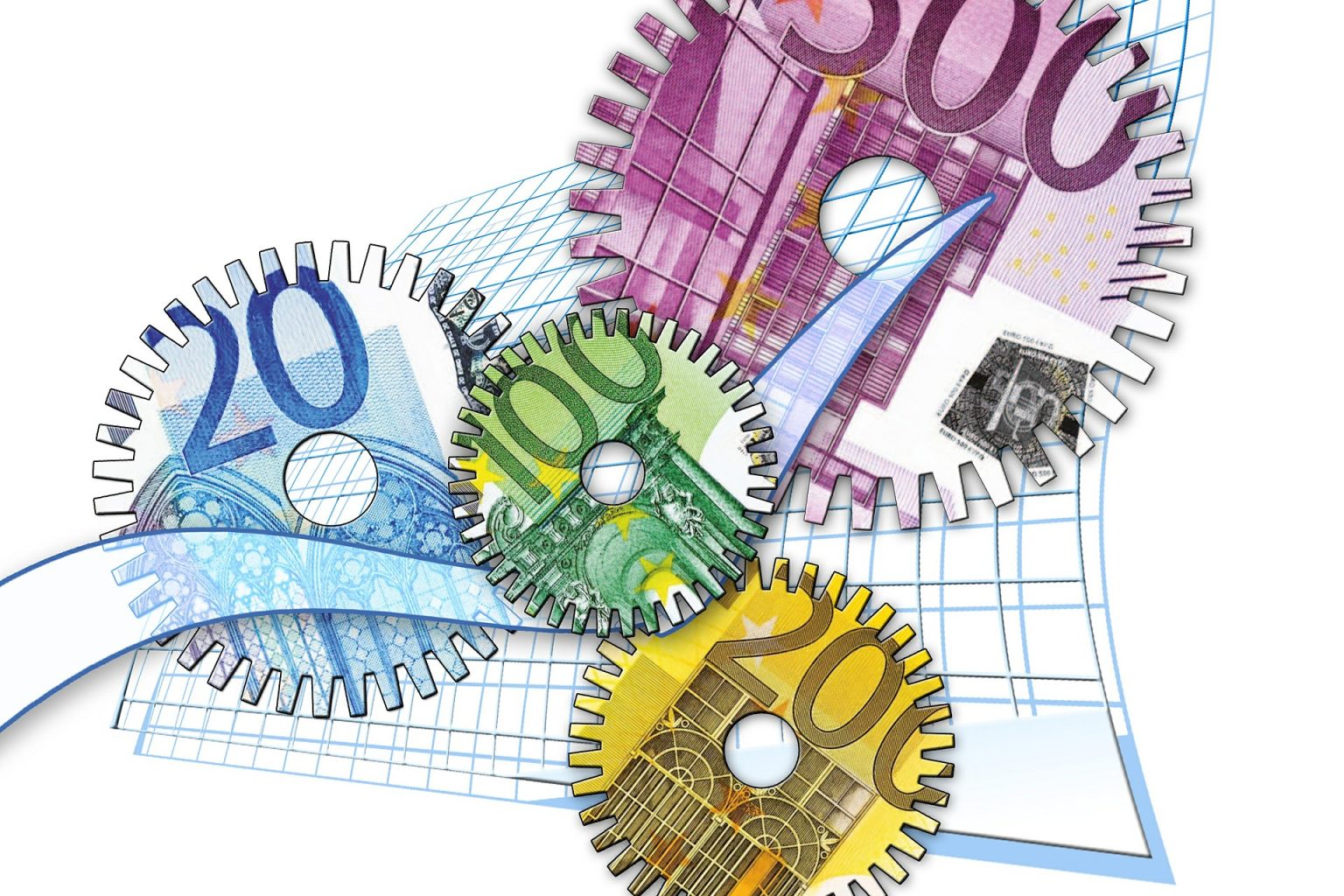 Populism and populist policies always find supporters among the people who are dissatisfied with the governments.

However, the number of their followers may change according to the policies of governments on several issues, most of which either have an effect on the economic condition of the citizens or cultural reasons. Effects of globalisation, immigration, and economic inequality are among these factors. In this writing, Economic Inequality will be evaluated as a cause of unrest among the citizens, which cause a rise in the populist votes. Figure-1: Judge Cartoon of 1896 Shows William Jennings Bryan Populism as a snake swallowing up the mule representing the democratic party

Populism is not a new issue. Although it is dormant in some periods of time, it has always been working. So, what exactly is populism? The literature about populism is wide-ranging. Cas Mudde (2007) claims that populist philosophy has three key features: anti-establishment, authoritarianism, and nativism. Firstly, anti-establishment means that to believe (or act as believed) in the astuteness and virtues of the silent majority- who suffers most. Secondly, populist leadership is represented in charismatic and influential leaders. If they do not have these specifications, media comes to their aid and creates narratives to bless the leader. Besides, they are screened as the voice of the silent majority. Thirdly, populist leaders’ rhetoric stresses nativism and xenophobic nativism (Mudde, 2007). Populism can be understood as the opposite of the cosmopolitanism and pluralism. While cosmopolitanism favors multicultural values, inclusiveness, diversity of people and their lifestyles, “Populism favors mono-culturalism over multiculturalism, national self-interest over international cooperation and development aid, closed borders over the free flow of peoples, ideas, labor and capital, and traditionalism over progressive and liberal social values.” (Inglehart Ronald & Norris, 2016, p. 8).

“Today a new generation of populists is turning this protection on its head. Claiming to speak for “the people,” they treat rights as an impediment to their conception of the majority will, a needless obstacle to defending the nation from perceived threats and evils”  (Roth, 2016, p. 1)

In recent years, we have witnessed that populist leaders have either won the elections, like Donald Trump or raised their votes, like Marine Le Pen, Geert Wilders, Norbert Hoffer, Nigel Farage. Moreover, these parties have “gained votes and seats in many countries, and entered government coalitions in eleven Western democracies, including in Austria, Italy, and Switzerland.”(Inglehart Ronald & Norris, 2016, p. 2)

Populists manipulate the unrest among the people. Although mostly populists are “are just different elites who try to grab power with the help of a collective fantasy of political purity”(Müller, 2016); They divide society between ‘the corrupt elite’ and ‘the pure people’, whose interests are neglected (!) by the government; then claim that they are members of ‘the real people’ and representing them (Friedman, 2017b; Müller, 2016). Moreover, whoever does not support their policy and party are not ‘proper people’(Müller, 2016). However, their blaming the others never ends, even after they win the elections and get all the power, all their faults can easily be blamed on ‘elites,’ who are supposedly acting behind the scenes (Müller, 2016). Besides, populist policies cannot be defined as leftist or rightist; it is a political way of thinking rather than an ideology (Judis, 2016). They can defend some policies of far-right, and some from far-left (Friedman, 2017a).

Starting from the late twentieth century, Populism is on the resurgence (Inglehart Ronald & Norris, 2016). There are several grounds for the rising populism to find support. Populists policies find more supporters when the policies of the government cause unrest among the citizens. In today’s world, there is a growing public unrest over the status quo among the people who “feel left behind by technological change, the global economy, and growing inequality.”(Roth, 2016, p. 1). Besides, international terrorist organizations cause fear and relatedly produce xenophobia, which reflects a hate against foreigners and immigrants as well. Under these circumstances, populist policies can quickly flourish: and today, racism, xenophobia, Islamophobia, and nativism is on the rise (Roth, 2016). A study by Gallup (Zapryanova & Christiansen, 2017) also claims that populist votes tend to increase when people are discouraged by their future. However, people become discouraged by their future because of the policies of the governments. If they earn enough to make their living and provide a good future to their children, this situation will most probably change. Thus, we can assume that support for populism increases by a) Economic factors, which happens mostly when the inequality rises, and b) Cultural factors, which is manipulated mainly by the immigrants, who cause fear for an undesirable change in the cultural environment of the home country.

Economic Inequality as a Reason for Dissatisfaction Against Governments

Capitalism and free market economy are widespread in all over the world. However, they are like a delusionary dream. Capitalism causes inequality, which ignites wick of the unrest. Although capitalism fosters the idea of ‘equal rights and opportunities,’ the inequality is embedded in the Capitalism itself. In the capitalist system, the rich are getting richer, while the poor are getting more and more poor. According to several studies, economic inequality is on the rise (CBO, 2011; OECD, 2008; Piketty, 2014; UNDP, 2016). The gap between the wealthy and the have-nots is increasing globally. OECD (2008) Report confirms this argument: “Overall, over the entire period from the mid-1980s to the mid-2000s, the dominant pattern is one of a fairly widespread increase in inequality (in two-thirds of all countries). The rises are stronger in Finland, Norway, and Sweden (from a low base) as well as Germany, Italy, New Zealand and the United States (from a higher base).”

Each passing year, the capital and the wealth are concentrating on the wealthy (See Figure-2). Relative global inequality has declined steadily over the past decades, but absolute inequality increased dramatically Capitalist economists like Kuznets (1955) claimed that as the capitalism advance, income inequality would decrease. However, today, Capitalism itself, is accepted as the main cause of the inequality (Streeck, 2014). Streeck (2014) argues that the Capitalist System has three main problems: decreasing growth rate, the rise in the overall indebtedness, and increasing inequality, all of which are interconnected. In the capitalist system, even though everyone is thought to be in the same conditions, and have the same chances, the truth is exact the opposite. Taxes, wages, wealth are all favored the wealthy. The rich are getting richer while the poor is getting poorer. Piketty (2014) argues that the main problem caused by the wealth inequality rather than the income inequality and offers a tax regulation against the rich people to reduce the inequality.

The following example explains the situation: Let’s assume that a good education is costly. For example, “Families with students on scholarship pay an average of $12,000 annually toward the cost of a Harvard education.”(Harvard, 2017). For wealthy people, to pay that money does not mean much. They can educate their children in best schools, which has an effect on their future life. When they can get a good education, they can go to high-quality colleges (since their fathers pay their tuition), and relatedly they can have better jobs and have better incomes. On the other hand, if a person has no wealth, he/she won’t have this chance of sending their children to this kind of privileged schools. Of course, there are exams and exceptions, but these are very rare. Even if the low-income families take on a loan and send their children to these schools, they or their children will work for a lifetime to pay it back, which means that they won’t be able to save any money; and their children will also have to start over from scratch. This situation also increases the wealth inequality in each passing year and generation.

Populist leaders tend to manipulate the discontent against the government and the elites. They criticize the policies of the government and claim that they are the one who can protect the rights of the ‘real people,’ who are neglected and pushed aside by the elites. Moreover, they use the issues like fear against immigrants, which is also fostered by the escalation of international terrorism. In this writing, economic inequality is assessed as a cause of unrest among the middle-class and have-nots, which cause populist policies to draw more attention than the others.

In the capitalist world of today, both income and wealth inequality is rising. The gap between the wealthy and the have-nots is increasing each passing day. This difference creates an unrest among the middle-class and the have-nots. Under these circumstances, populist leaders are finding more support among the unhappy and raise their votes. Rising economic inequality is paving the way for populist leaders, although mostly they do not produce reasonable solutions, to increase their votes. On the other hand, calm and rational leaders tend to lose their votes. However, when populist leaders win the elections and become the president of their country, it is more likely for them to take their country to the dangerous paths of othering and demonizing others – ethnic groups, social classes, or even other countries, which cause unrest and uneasiness.

It is a difficult problem to solve. In the case of inequality, most probably populist leaders will win. To reduce the inequality, governments have to take some measures, including raising the tax on the wealthy. However, in our globalized world, it is not an easy issue. The rich are so powerful that they also have an effect on governments’ policies. Besides, some rich people own the media that they can efficiently manage the perceptions of the citizens. Moreover, they form business associations which will be more efficient on politicians. Or they can use tax havens to transfer their wealth, which will cause governments to lose all the money that they could have got from the rich people. So, governments tend to find a happy medium with the rich. And this situation will result in the inequality, which causes them to lose vote against populist leaders. The cynical part is here: although the citizens elect the populist leaders to end the inequality; when populist leaders are elected, they, rather than solving the problem of inequality, continue to provide privileges to the wealthy.

Harvard. (2017). Harvard at a Glance.   Retrieved from http://www.harvard.edu/about-harvard/harvard-glance

Henley, J., & Malkin, B. (2017, May 7, 2017). Macron beats Le Pen in French presidential election – as it happened. The Guardian. Retrieved from https://www.theguardian.com/world/live/2017/may/07/french-presidential-election-emmanuel-macron-marine-le-pen

Müller, J.-W. (2016, September 2, 2016). Trump, Erdoğan, Farage: The attractions of populism for politicians, the dangers for democracy.   Retrieved from https://www.theguardian.com/books/2016/sep/02/trump-erdogan-farage-the-attractions-of-populism-for-politicians-the-dangers-for-democracy