Why Didn’t the Removal of the Dictators Work and Why is Negotiating with Them a Better Option for Democracy to Arabs? 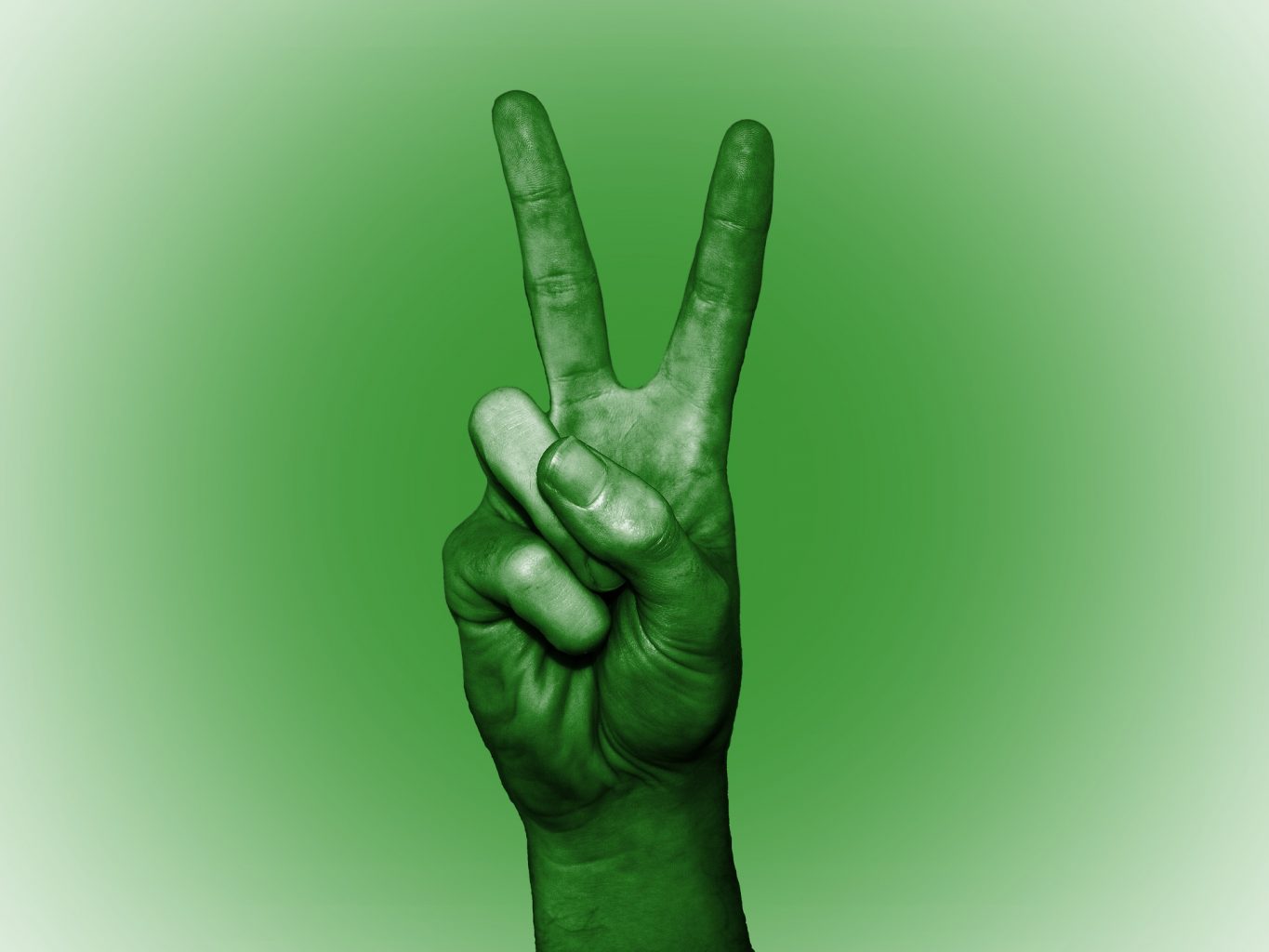 Arab Spring uprisings were one of the most remarkable events seen in the history as a struggle for democracy against the dictators throughout Middle East and North Africa. The people’s efforts to overthrow the dictators, and achieve a democratic transition for their countries were appreciated by the international community. Major powers even took military action in some cases as we saw in NATO’s military intervention in Libya to oust Gaddafi regime. The uprisings have succeeded to force the dictators to step down in some cases, such as in Tunisia, Egypt, Libya, but not in others, such as Bahrain and Syria. Regardless of whether the protesters achieved their goals of ousting dictators and having a democratic regime at the end of the day, what left behind from Arab Spring uprisings are thousands of killed and displaced people as well as countries still suffering from instability. Even though Tunisia has achieved a partial stability after the uprisings, overall, Arab Spring has not brought a promising democracy in these countries. Especially due to ongoing bloody war in Syria, Arab Spring uprisings has lost its appeal in the world and the academics have started to call these uprisings as “Arab Winter” rather than Arab Spring. Why have the protests/uprisings ended up with more chaos, instability and authoritarianism in the region? Would any other ways of achieving democratization have been possible with more practical and less costly means?

While we should recognize the diligent efforts of Arabs to have democracy and freedom for their people throughout Arab Spring protests/uprisings, we should also recognize the fact that building a democratic regime is beyond simply overthrowing a dictator[1]. Arabs were happy to get rid of the dictators brutally governing their states for decades but their happiness just ended aftermath of the collapse of the dictators since they had been ill-prepared to operate their states with democracy. In Libya, the collapse of the Gaddafi regime has led to the struggle for power without promising democracy, freedom and stability[2]. In Egypt, Muslim Brotherhood seized power but it was quickly toppled down with the coup staged by Egyptian military, which once upon a time supported the protesters to oust Mubarak. In Tunisia, Tunisians achieved a partial stability compared to Libya and Egypt but the latest International Republican Institute poll in 2016 suggested that 83 percent of Tunisians believe their country is going in the wrong direction, and 72 percent of them are not satisfied with the government’s performance[3]. For Bahrain, the dictator even consolidated his power after the uprisings since the opposition forces were defeated by the government. And lastly; Syria has been one of the bloodiest wars between many actors. Such an unfortunate picture implies that Arabs tried to build “the apartment of democracy” but they started building from its last floor instead of first, which was the toppling of the dictators. They should have, however, built the first floors of the apartment that are fundamental to establishing a strong democracy in a country. These first floors should include civil society organizations, strong political parties rooted in the society and an effective state bureaucracy working with democratic principles. Put simply, Arabs should have not only transformed the government system but also transformed the autocratic and corrupted traditions of the old regime into democratic mechanisms that would promote the rule of law, freedom of speech, human rights and a strong bureaucracy without political pressure while reducing corruption

Achieving all those hard tasks, however, requires Arabs to work patiently and struggle for democracy in a long-time period.

But Arabs, who had been oppressed by the dictators for decades, did not want to take their time to achieve an established democracy, but instead, they put their hard efforts to just get rid of the brutal dictators as soon as possible.

If Arabs and the countries backing them to topple the dictators, however, had tried to negotiate and forced the dictators to hold elections rather than simply asking them to step down, that would have been a starting point for them to build “the apartment of democracy”. The protesters had already strong bargaining leverage over the dictators since the dictators were already hard pressed with massive demonstrations and the defection of security forces to the protesters. Moreover, the protesters were gaining international support around the world and the dictators were losing their legitimacy in the international politics as we saw with the withdrawal of the Western powers’ support for the dictators during the uprisings[4]. Therefore, the dictators might have accepted the offer to hold elections. The elections might have encouraged the people in Arab Spring uprisings to create political parties to compete in the elections. As the number of political parties increases, the respect for political rights and freedom of speech would begin to improve, and moreover, the people would get a sense of opposing the state when they feel their basic rights are violated, and the regime becomes oppressive. Additionally, since more political parties would increase the ability of people to organize to defend their cause, this eventually could encourage the people to establish civil society organizations. Even if the dictators were reelected in the elections, they would not be as repressive as they were in pre-Arab Spring era because increasing number of opposition parties and civil society organizations would generate a considerable pressure on them. Furthermore, the defection of security forces to the protesters during Arab Spring as we saw in Egypt and Tunisia would make the dictators feel that the old state bureaucracy would not be as loyal as it was before Arab Spring, which would erode the corrupted bureaucracy and might open ways to have a state bureaucracy without political influence. As a result, “the apartment of democracy” would be built over time as those states abandon autocratic practices. As for the last floor of the apartment of democracy, which is the toppling of the dictators, they would likely to be forced to get out of a system which is increasingly becoming a democratic one with regular ways because their popular support in a democratic system would rapidly decline over time.

One could argue that “negotiating the dictators” might have a moral hazard since the dictators oppress their own citizens, and negotiating with them simply would allow them, even if it is temporarily, to oppress more. But what I have proposed regarding the negotiation aims for constraining the dictators, holding elections and strengthen the opposition in a way that allow them to institutionalize their opposition movement with civil society organizations and political parties. Furthermore, this solution also helps the dissidents to be powerful over time, and achieve a strong democracy in the end of the day. As for speaking about moral hazard, the way the foreign countries acted during the Arab Spring uprisings actually created many moral challenges and disillusion as the picture of a drowned Syrian boy lying dead in the beach revealed. European countries, Turkey, the U.S. or other foreign countries actively or passively supporting the protesters to fight hard for democracy unintentionally escalated the tension between the protesters and the brutal dictators during the uprisings into the armed conflict, such as in Libya, or into a bloody civil war, such as in Syria. Especially for Syria, “Assad must go” approach did not clearly work and moreover, as those countries asked Assad to step down and some countries provided military support for the anti-regime forces, Assad increased his brutal repression and the refugee crisis emerged as a consequence of the civil war in Syria. The picture of a drowned Syrian boy, therefore, is one of the unfortunate consequences of the failure of the countries that supported the protesters to fight hard against the dictators to resolve the refugee crisis. . As a result, building a strong apartment of democracy is beyond toppling dictators. Ousting the dictators has created more volatile environments in Middle East and North Africa after the Arab Spring uprisings.

In order to avoid economic, social and political instability when the people demand democracy from the dictators, their priority should be focusing on having strong roles in the state bureaucracy and institutionalizing their opposition movement in a way that promote the fundamental principles of democracy such as freedom of speech, rule of law and the respect for human rights. In other words, replacing the autocratic mindset throughout all fields of the state should be the first task rather than replacing the dictators with a new leader. This requires a considerable patience from the people demanding democracy but we should not forget the fact that today’s strong democracies in Europe countries achieved their democracy with hundreds of years of struggle.