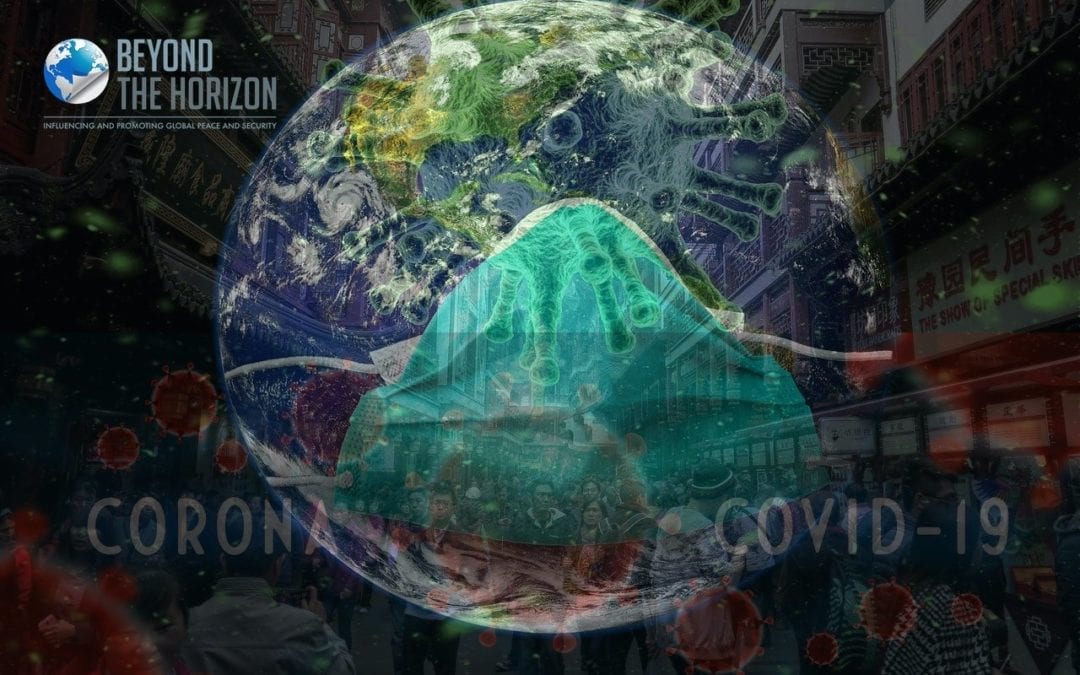 The world woke up to the outbreak of COVID-19 or coronavirus as often called by the general public in December 2019.  The initial perception that it would be contained within borders of China where it was first spotted fell apart as the virus further spread to Europe and the globe with incredible speed. 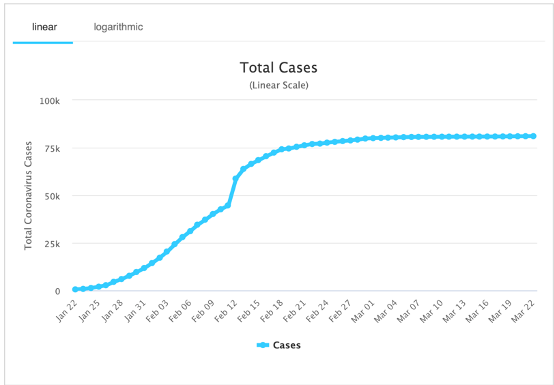 The initial reports showing increase in the number of cases and fatalities has shown divergence based on interruptions so far. The country that was hit the worst from the outbreak, China still holds the lead in the number of cases with 81.496. However, the 1.4 billion country reported on 19 March for the first time no new domestic transmissions.  In other words, the country was successful in flattening the curve for new cases thanks to draconian codes implemented.

Despite Wuhan’s significant role in supplying half-ready material feeding into grater gears of the global economy and amid rising protests about authoritarian conduct in the crisis, Chinese leadership had gotten it true that without containing the virus there would be no future Chinese economy. China literally shut down all production in factories, banned flights and implemented harsh controls over people to stay home [through WeChat and AliPay] first in Wuhan and then further in 15 other cities to include Suizhou and Huanggang. 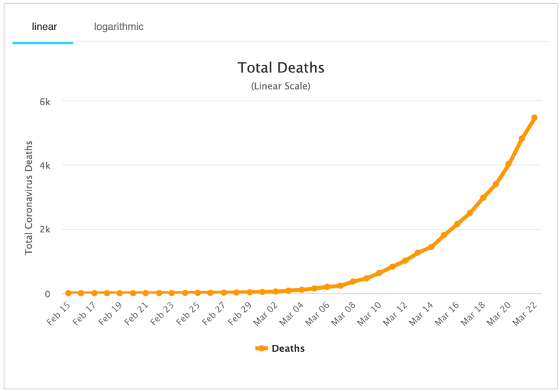 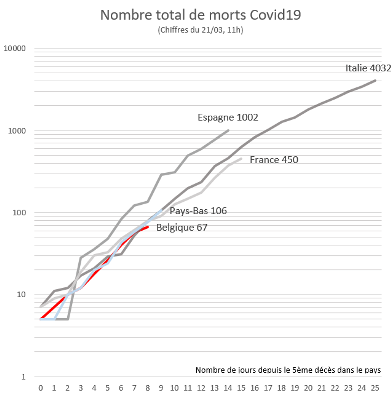 Figure 3. Number of deaths in Western Europe as of 19 March 2020 (Xavier Counasse from Le Soir)

The general upward trend in figures of cases and fatalities show similarities for many countries in Western Europe. Although not at levels in Italy, the statistical curves for European countries like Spain, France and the Netherlands shows great similarities with that of Italy in initial phases.

Making Sense of the Virus

German Chancellor Angela Merkel said during a press conference on 11 March that 60 to 70 per cent of the German population could eventually become infected by coronavirus? On 19 March, Michel Barnier, EU chief Brexit negotiator declared to have tested positive. Several other important figures also declared to have tested positive. We also started to see important figures like Prince of Wales to improvise new salutation style to avoid direct contact.  But what is this virus and what should we expect? Is it as deadly and if 70 per cent of one population could eventually get infected what is the point in imposing so many precautions like lockdowns and travel bans? 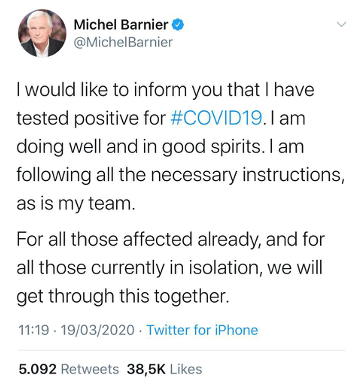 COVID-19 is a variant of viruses transmitted from animals just like others of its kind, namely MERS and SARS. Formerly maintaining livelihood in the animal body, the virus transmitted to humans initially does not realize the change in the environment it lives within. The deaths and symptoms we observe in the form of dry cough, fever, shortness of breath, and breathing difficulties are results of body’s detection and struggle with the virus and the latter’s efforts to adapt to this new environment. In the end, either the body  neutralizes the virus, or the virus causes death.

If we take the example of Diamond Princess, at least 634 out of some 3,700 passengers and crew ultimately tested positive for COVID-19. The research revealed at least 328 of those infected showed no symptoms at all. It is of note that the average age for this sample was 60-70. Based on that researchers infer at least 18 per cent of those infected from the virus globally will never show symptoms. This certainly complicates efforts to detect the virus.

If we get back to the question of why so many precautions if more or less so great a segment of the society will be infected, the answers are multiple. The first and obvious one is that we are at an early stage in the pandemic and our knowledge about the virus is extremely limited. The more we know the better we will cope with it. As Annemie Vandamme, KU Leuven epidemiologist, says: “We’ve never known this much about a new virus in so short a time. We know that about half the people who get infected will never know it. […] Yesterday China began to test a vaccine on people. That’s incredibly fast, and it’s hopeful.”

A secondary reason is to decelerate the speed of spread so that national health systems are not overburdened. The hospitals and health units will not be sufficient if the rate of those infected skyrockets, rendering the number of treatment tools and personnel insufficient. The dramatic scenes on television screens coming from Italy describes this situation best.

But the health system is not the only sector that requires our attention. There are others.

Economy, What is Next?

The coronavirus and following precautions ushered by national governments have put great strain on economies. The supply side is obviously affected from close down of factories and businesses, bans on flow of people and goods as this interrupt supply chain one way or another. Companies like Apple, General Motors, Foxconn, Tesla, Starbucks, Nike are just a few US companies that have major investment in China. To give one example, General Motors operates a production plant in Wuhan with its Chinese partner SAIC and Dongfeng Motor Corporation. The plant has 6000 employees and this constitutes 10 per cent of the GM’s total workforce.

So in coming days, if the virus is not effectively contained and the life does not get back to normal, the consumers may not find the products they look for in the markets due to this disruption in the supply chain and the companies can have major drops in revenues.

The situation in the demand side is no brighter. The lockdown measures and the fear of unemployment due to new working conditions are taking root. The consumers are in no condition to buy or invest irrespective of the fact that it is not sure they will find what they are looking for on the shelf. This is true despite stimulus initiatives like solidarity discounts or tax ease on consumption.

The markets hate uncertainties and they reacted very severely to these disruptions due to current coronavirus. To ease the strain, European Central Bank announced a €750 billion stimulus program last Wednesday. Accordingly, under this Pandemic Emergency Purchase Programme (PEPP), ECB decided to purchase assets of public and private sector securities to counter the risks emanating from the outbreak. The statement read: “This allows for fluctuations in the distribution of purchase flows over time, across asset classes and among jurisdictions.” Christine Lagarde, ECB President’s pinned tweet reads: “ 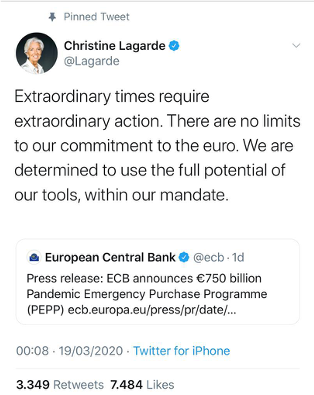 There was a similar situation across the Atlantic. In addition to previous efforts of cutting of FED funds rates by 0.5 % (3 March) and addition $ 1.5 billion of liquidity to the banking system (12 March), the US Federal Reserve announced a stimulus package in the afternoon of 15 March. The Federal Reserve cut interest rates by a full percentage point, down to a range of 0.00% to 0.25%.

This hurt the markets. Instead of easing the tension, it signalled a huge problem existed that will render precautions taken by the US Federal Reserve insufficient and resulting fear caused stocks to plunge by about 20 per cent.  The Dow Jones Industrial Average experienced its worst decline of the monthlong selloff with a 3000 points drop (a drop by 13 %).

As Peter S. Goodman puts it: “What the FED is essentially doing is knowing that their tools don’t really work they’re using whatever tools they’ve got. They’re giving us a demonstration of their willingness to jump and do something extraordinary. And, the markets divine from that the FED is really worried. The things are worse than we thought that, starting to use another metaphor, the FED is saying the world’s on fire except the traders see that the fire department doesn’t have any water.”

Looking into different scenarios ahead, Bill George, Harvard Business School Professor foresees a sharp downturn for the next several months, followed by rapid growth in early 2021 if the US could get coronavirus under control. He further advises: “Rather than trying to avoid recession by keeping things running in a pseudo-normal manner and thereby accelerating the spread of coronavirus, the government should take the bitter medicine now of pushing for mass quarantines. In doing so, we may save two patients – the public’s health and the economy.”

As regards containment policies many countries in Europe and across the globe started to come close to the Chinese model in ramping up new lockdown measures and restrictions on personal freedoms though with lesser strictness. This is a good sign. But these alone are not sufficient.

The more we know about the virus, the better we will develop vaccines. The vaccines typically tackle viruses of previous years. As the virus mutates the vaccines become obsolete. COVID 19 Mutations have to do with generations. As viruses reproduce very quickly, change of generations taking decades in human life takes only hours for viruses.

Governments should be ready for the worst. The initial reactions exhibit tardiness in imposing controls in many states. But the effect of shock should have passed by now. Even without going too deep into statistics, Chinese and Italian examples tell us that early strict controls ensure minimum contagion and keep the numbers of cases at controllable and manageable numbers for the national health system. Until we find the vaccine and build capacity, such controls should be the norm across the globe. Then we will reap benefits and reclaim our freedoms. Otherwise, negligence will cause congested national health structures overburdened by corona cases and the late precautions will deliver benefits only after claiming the lives of millions.