COP 27, EU Green Deal, and the Birth Pain of a New International Order 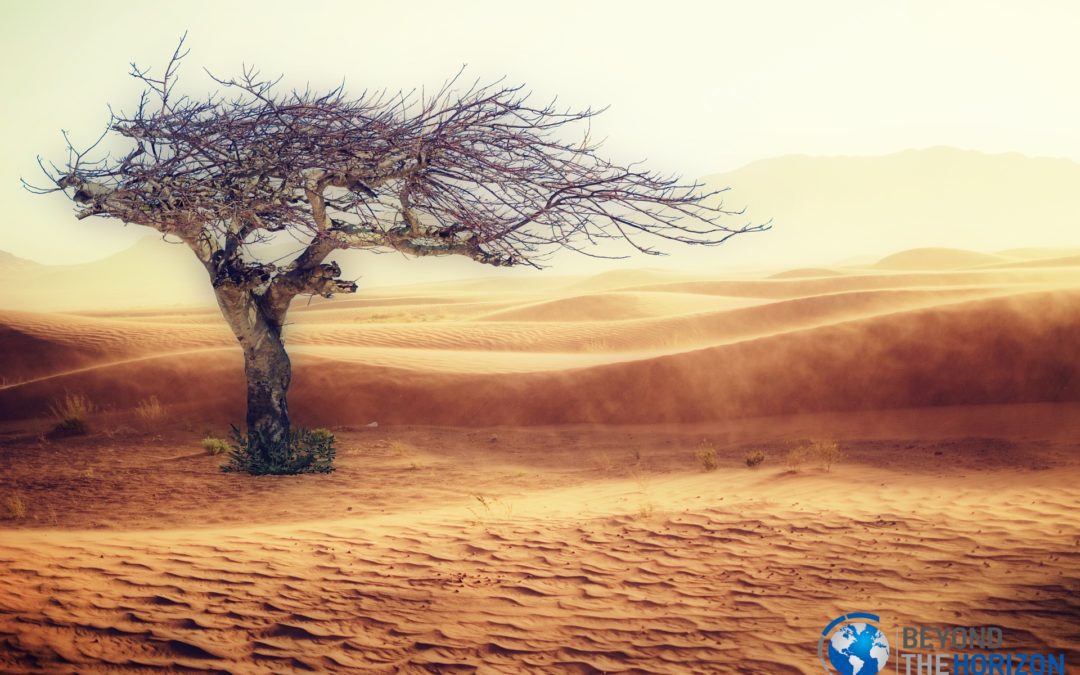 Ending up the fossil fuel addiction of the global economy, which is the main reason for global warming, is a challenging task for both countries and international organisations. This is due to the hardship of collecting and distributing the financial resources needed for green investment projects amid the ongoing financial and energy crisis in the wake of Ukraine war. Initiating “Fit for 55” legislative process in July 2021, European Union has become the first actor that tries to avoid the boiling frog syndrome and force other countries to follow herself. On the other hand, Vladimir Putin’s unlawful war against Ukraine has detrimental impacts on the efforts to limit the damages of climate change on future generations. In this perspective, the capacity of COP 27 to reinvigorate multilateralism, the sine quo non for the fight against climate change, will be analysed  in this paper within the context of the EU Green Deal’s geopolitical impacts.

UN Secretary General Antonio Guterres stated at the opening speech of COP 27 that “the world is on the highway to climate hell with our foot still on the accelerator”. In his speech, Guterres proposed the establishment of an early warning system to forecast climate-related environmental risks, acceptance of the “loss and damage” concept, the establishment of the “Climate Solidarity Pact” and a change to the business model of international financial institutions and multinational development banks.

Between $2billion and $4.5 trillion is required annually for transition into net-zero economies. As US Special Climate Envoy John Kerry stated in the high-level ministerial meeting, no government has the capacity to allocate such a huge financial resource. Despite their low historical GHG emissions, most developing countries are vulnerable to the impacts of the climate change. Therefore, they expressed their frustration over the broken promise of the developed nations regarding their $100 billion financial support pledge to the developing countries by the year 2020. It seems that the level of frustration will go up in the coming years in parallel with the rising intensity and the scope of climatic catastrophes. 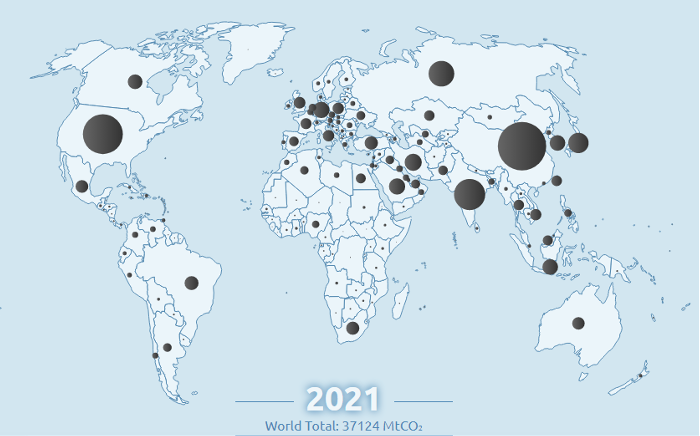 Vulnerable nations to the impacts of climate change, which are mostly located in Africa, do not have enough financial resources to increase their climate adaptation capacities. Those nations have raised their voices about the establishment of a “loss and damage” fund to compensate for the financial cost of climate-related environmental disasters on their economies. They demand the application of the “polluters pay” principle to developed nations.

According to the UN High-Level Expert Group on Net-Zero Emissions Commitments of Non-State Entities, 80% of the world’s emissions are covered with net-zero commitments. Still, some of these commitments are purely slogans. There is no effective mechanism to monitor the performance of the states and non-state actors with regard to their performances in achieving the net-zero target.

EU leaders officially accepted their historical responsibility for global warming and expressed their readiness to share the burden. For instance, Charles Michel, the President of the European Council, stated at COP 27 that “We built our prosperity partly by overusing fossil fuel resources and by mistreating the natural world. We must therefore shoulder our share of the burden, and we are doing so”. Last week, the EU reached agreements with Egypt, Kazakhstan and Namibia to cooperate on renewable energy and raw materials.

In spite of the negative impacts of the war in Ukraine, European Union has proved its determination and sincerity in her target to become net zero by the year 2050. The EU Green Deal is the most comprehensive and detailed legislative process in the world in the fight against climate change. EU institutions have recently reached an agreement on the trialogue processes of “emission standards for cars and vans” and “effort sharing regulations”. The ongoing trialogue process about the Carbon Border Adjustment Mechanism is critical for the expansion of carbon regimes around the world.

Why did not previous COP meetings produce desired outcomes?

The scientific findings of the IPCC demonstrate that there is only one generational window of opportunity to stop global warming within 1.5 degrees before 2030. However, global emissions continue to rise after a short break during the COVID-19 pandemic.

The first UN Climate Change Conference (COP) was held in 1995 in Berlin. Despite the efforts of all Conference of Parties to the United Nations Framework Convention on Climate Change (UNFCCC), namely COP, greenhouse gas emissions have nearly doubled since the beginning of the 1990s. The chaotic nature of international governance, lack of effective enforcement mechanisms, and divergent national interests of major powers harm the collective willpower of humanity to take effective actions to limit global warming to under 2 degrees, preferably 1.5 degrees. The problems related to global governance due to the geopolitical rivalry among major powers such as US, Russia and China have limited the capacity of the UN to strengthen solidarity in international politics. War in Ukraine has completely broken down the working mechanism of the UN Security Council, which is expected to coordinate the actions of other nations. 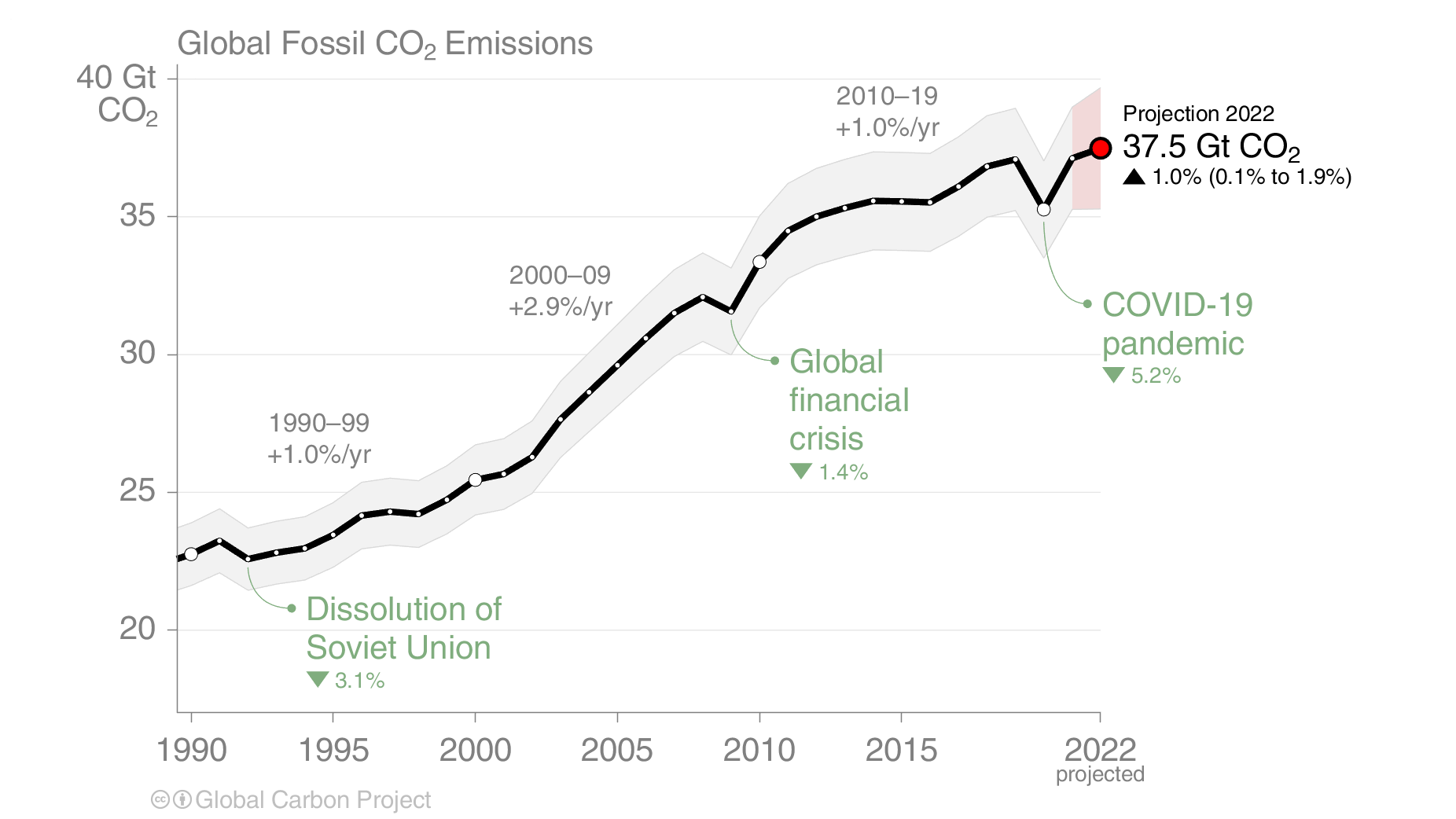 The tension over Taiwan has deteriorated the relationship between China and US as the two biggest GHG emitters and stifled cooperation in the fight against climate change. In addition, Russia’s illegal war against Ukraine has seriously undermined the opportunity for cooperation for multilateralism. That is why the proposal of the UN Secretary-General about a “climate solidarity pact” for enhancing cooperation among nations is rather hard to realise.

Climate change forces countries to establish a new international order to protect themselves from future climate-related disasters. Neither war in Ukraine nor the current energy crisis are sufficient for especially least developed countries to be accepted as excuse for the broken promise of the developed nations. The promise that was made in 2009 foresaw allocation of 100 billion dollars for the developing countries by 2020.

It is scientifically certain that humanity must terminate its dependence on fossil fuel and revert back to renewable energy like the sun and wind. As UN Secretary Generally pointed out at COP 27, solidarity between nations and non-state actors is key to achieving the net-zero target by the year 2050. A new international paradigm that relies on cooperation instead of competition is needed to reverse the worrying trend of global warming.

Developed nations have historical and political responsibility in the establishment of new cordial, not colonial relationships between the global north and south, financially and technologically supporting vulnerable countries. Financial aid in the context of the Marshall Plan did not weaken the US economy. Instead, it helped birth of a new and united Europe that has become her biggest ally and trade partner. Likewise, a more proactive stance in their relations with climate-vulnerable countries can be a historic opportunity for the world to limit both global warming and rising authoritarianism. In this regard, the EU must maintain its determination to achieve the targets of the EU Green Deal and share this experience with other countries for the establishment of a new healthier international order.