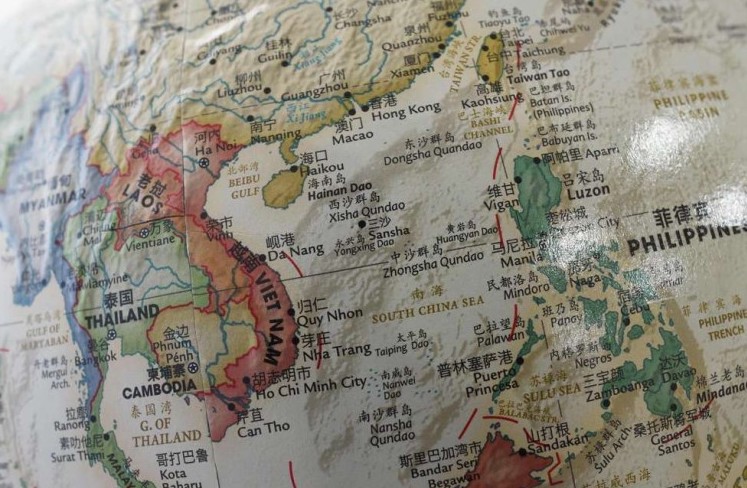 After US declared that they changed their pivot to Asia-Pacific region in 2012, both Obama and Trump administrations kept increased numbers of Freedom of Navigation Operations (FONOPs) in the South China Sea under the authority of US Pacific Command. The Obama administration presided 4 FONOPs started from October 2015 and ended October 2016 with a regular time gap between each operation. On the other hand, the Trump administration has carried out FONOPs in irregular periods, believing in the benefits of it. Additionally, U.S. Navy conducted a three-carrier strike force exercise in the Western Pacific in parallel with “the Asia Tour of U.S. President Donald Trump” between November, 11 and 14, 2017. Besides, U.S. Navy aircraft carriers conducted dual carrier strike group operations in Western Pacific including in the South China Sea, the East China Sea, and the Philippine Sea. (Foster, 2017) This has been the first time that three carrier strike groups operated in the Western Pacific since exercises Valiant Shield 2006 and 2007 off the coast of Guam. “It is a rare opportunity to train with two aircraft carriers together, and even rarer to be able to train with three”, said U.S. Pacific Fleet Commander, Adm. Scott Swift. (C7F, 2017)

As it is known, China claims large areas of the South China Sea and has been bolstering its military deployments there, including reclaiming land on reefs and atolls to build air bases. However, China is not satisfied with these claims, and has constructed a series of artificial islands throughout the South China Sea. (Guvenir, 2017) These artificial islands have provoked strong reactions from China’s neighbors in the region. China’s island-building efforts require a heavy investment in engineering and infrastructure. The prime motivation of all these difficulties is to reinforce China’s claim over the region since the South China Sea is one of the busiest trade routes in the world. It is estimated that USD 5 trillion of global trade passes through the South China Sea (The Diplomat, 2017). Beyond its importance as a trade route, it may also contain bountiful resources beneath the surface and it is one of the most important zones in the world for fishing. The U.S. and the regional countries are concerned the newly-constructed islands could be used to restrict free movement through the South China Sea. Some intelligence reports say that China has built four new missile shelters on Fiery Cross Reef, along with the eight already on the artificial island. It was also reported that China had nearly finished building structures to house long-range surface-to-air missiles on these islands.

As a result of these developments, the US administration has demanded from some countries to participate in FONOPs, since U.S. might think it would be insufficient to carry out these operations only by the U.S. capacity. In this context, the first proposals were made to U.K. and Australia (Independent, 2018).

U.K. responded positively to the US proposal without hesitation and announced that HMS Sutherland, a Type 23 frigate, would sail through the South China Sea in an effort to assert freedom of navigation rights in waters where Beijing is increasingly extending its control. In UK’s explanation (Lawfare, 2018); they have expressed that they absolutely support the U.S. approach on FONOPs and they very much support what the U.S. has been doing in South China Sea. It means HMS Sutherland would sail within 12 nautical miles – the UN-defined distance indicating territorial waters – of disputed areas or artificial Chinese islands. It is also a message to China that these are seas anyone can pass through and the Royal Navy will protect those rights for international shipping.

However, it is evident that it is not so easy for Australia to make a similar decision even though Australia previously voiced its concerns over China’s military build-up in the region. As Mr. Trump said (The Newdaily, 2018) the US would “love to have Australia involved” in FONOPs in the South China Sea. But, Australia is obviously in the most awkward position to take on such a task since China is Australia’s largest trading partner. Additionally, Australia is concerned that Australian participation in this operation might be promoting US interests only, but not Australian. Australia did not respond to US invitation to join in on the exercises yet. Australia needs to have a more measured approach and not to be rushing for any decision. The Australian government might consult with Defence whether there are practicalities and enough resources.

In the recent past, the U.S. has also tried to think of ways to encourage FONOPs in the South China Sea by the Japanese Maritime Self-Defense Forces. Also in 2016, from Europa (Atimes, 2018), France has expressed interest in bolstering Europe’s maritime presence in the South China Sea. India, as a member of the emerging Quadrilateral Security Dialogue (QSD/Quad) in the Indo-Pacific (along with Japan, the U.S. and Australia) and considering the relationship with China, is obviously volunteer to conduct FONOPs as well. I believe that India is an evident candidate not only to participate in FONOPs but also to convince other countries in the region as a regional leader country. During the Vietnamese President’s visit on Indian Prime Minister in New Delphi on March 4, 2018; they have declared (Defence News, 2018) they will work closely on regional security challenges, including on “maritime security and cyber security”. Both countries strengthen their partnership against China’s growing influence in the region. In the meeting, it is possible that they held discussions with an emphasis on South China Sea.

Furthermore, US aircraft carrier Carl Vinson with two escort ships (one cruiser and one destroyer) has made a historic port visit at Vietnam on March 5, 2018–the first time a ship of this size has visited since the Vietnam War ended. The presence of a US aircraft carrier with two escort ships in Danang and conducting a freedom of navigation passage through the disputed areas of the South China Sea can also be considered as a message to China.

In parallel with these developments; the Association of South East Asian Nations (ASEAN) tried to expedite negotiations (Pomfret & Morales, 2017) with China on Code of Conduct (COC);

However, the initial talks have failed to reach a consensus on making the attempted code binding, which has already raised concern as to its effectiveness.

As a result, the US is looking for other countries to do more in South China Sea. US demand for support has been met by some countries and is likely to continue to be met by others despite strong economic ties between these potential states and China. By the participation of other states in FONOPs, the US tries to emphasise that the dispute in South China Sea is a global problem rather than a complication between US and China. FONOPs are signals for a country’s views about its rights under international law. But there are some questions that needs to be addressed and the participating countries should be persuaded in this regard;

Ultimately, the developments indicate that crisis management system, along with the improvement of a range of preventive measures for the region, is crucial in short term.