by Onur Sultan | May 8, 2019 | Commentary, Terrorism, Conflict and War, War and Conflict 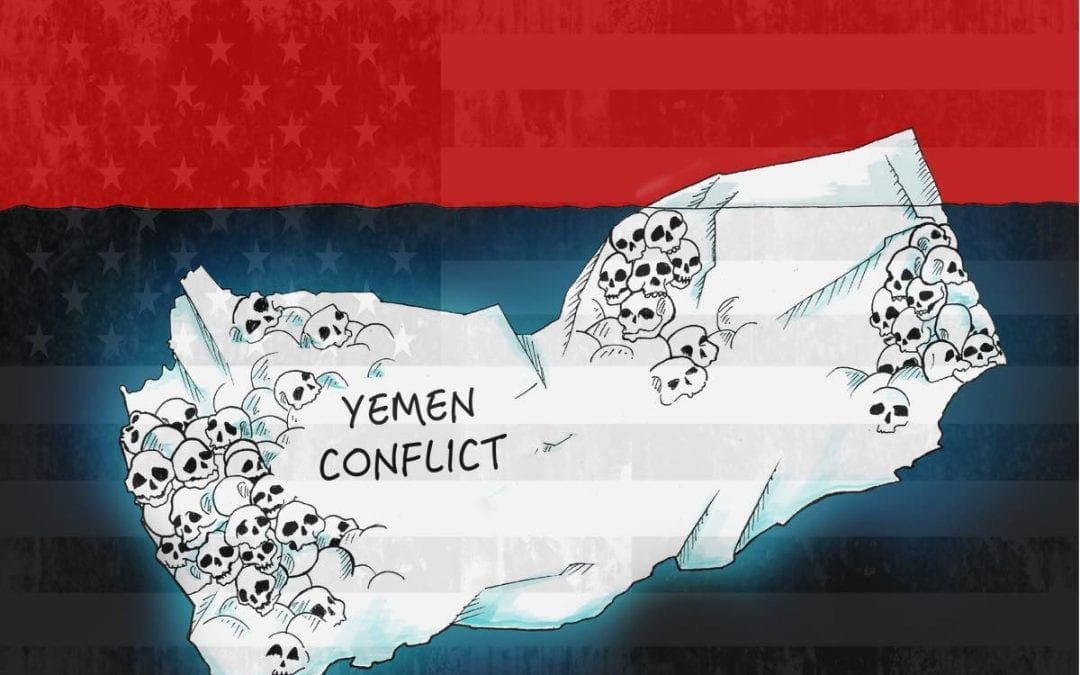 On 2 May 2019, an article with the subject “A Real Plan to End the War in Yemen” was published in Foreign Affairs. The article is purposeful and well-written in terms of clarity of the arguments and got quite  positive feedbacks from those following the crisis.

Following are several excerpts from the article:

True peace in Yemen will remain elusive unless both sides accept that they have nothing to gain from more fighting. We are not there yet. To get there will require not cutting off U.S. support for Saudi Arabia but threatening to double down on it unless the Houthis honor their commitments to the UN and are ready to disgorge most of their initial conquests.

A negotiated settlement would be the best—or least bad—outcome to the brutal war in Yemen. And a renewed offensive on Hodeidah would pave the way for its enactment. The Houthis would be most receptive to a generous offer after losing the city.

If the coalition retakes Hodeidah, it can afford to end the war while the Houthis’ control of Sanaa will leave them with some bargaining power. What Yemen needs now is tougher U.S., European, and UN diplomacy, backed by reinvigorated military pressure. Only then will both warring parties understand that if they keep on fighting, they can only lose.

The main argument of the article is that to bring peace to Yemen the price of war should be unacceptable for Houthis when compared to making compromise. In this regard, additional support should be made available to Coalition to enable it take Hudaydah to force Houthis commit to an agreement. However, the article has overseen several facts that make the situation more complicated than articulated. Those facts are as follows:

a. The Coalition already got the maximum support it could and tried to wrest control of Hudaydah but could NOT. With limited resources and capabilities, It reached culminating point, in military terms. Last year, after declaration of Golden Victory on 12 June, the Coalition announced to have wrested control of the airport at the outskirts of the city on 15 June. But later reports showed the airport had actually changed hands several times between sides and a slew of problems surfaced that stemmed the progress of Coalition to include non-payment of wages of the Tihama Resistance Forces and internal strifes among different fighter groups.

b. The Coalition is awkward, if not malevolent, in targeting. According to Yemen Data Project, , in January 2019, from a total of 155 air raids, 31 military, 45 non-military and 79 unknown targets exist. From a wider perspective, between 26 March 2015 to 25 March 2018, the Coalition has conducted a total of 16.749 air raids, each comprised of a couple to several dozen airstrikes. On average those figures correspond to 15 air raids per day and 453 air raids per month. Within those air raids, the Coalition has targeted non-military sites to include schools, houses, markets, farms, and factories by 31% of those raids whereas the rate of military targets has remained at 37 %. In many cases, alongside collateral damage, the raids have seriously destroyed infrastructure and sites relevant to healthcare, food and water. If this fact is taken together with assertions that Coalition uses starvation as a weapon of war, the reason for hesitation for support Coalition war effort is easily understood. No actor will be willing to be complicit in an effort where potential war crimes abound.

c. Third, though operating under the umbrella of a Coalition, KSA and UAE have divergent strategic interests in Yemen. This will eventually lead to another wave of internal strife in the form of a crisis between Hadi government and al Hirak if the issue of Houthis is solved.

d. Last, it is true that if Hudaydah was taken by the Coalition Houthis would be more cooperative in conforming to the agreements. Yet, stipulation of such an end to the increased US support is misleading. The much discussed US support is there and has never ceased. Trump just vetoed another action to end US involvement. A more ambitious step would be direct involvement of US forces on the ground. But it is dubious if this is what authors hinted while saying: “What Yemen needs now is tougher U.S., European, and UN diplomacy, backed by reinvigorated military pressure.” Because there is no good invasion.

[*] Onur Sultan is a research fellow at Beyond the Horizon ISSG and a PhD candidate at the University of Antwerp.