by Onur Sultan | May 7, 2019 | Commentary, Terrorism, Conflict and War, War and Conflict 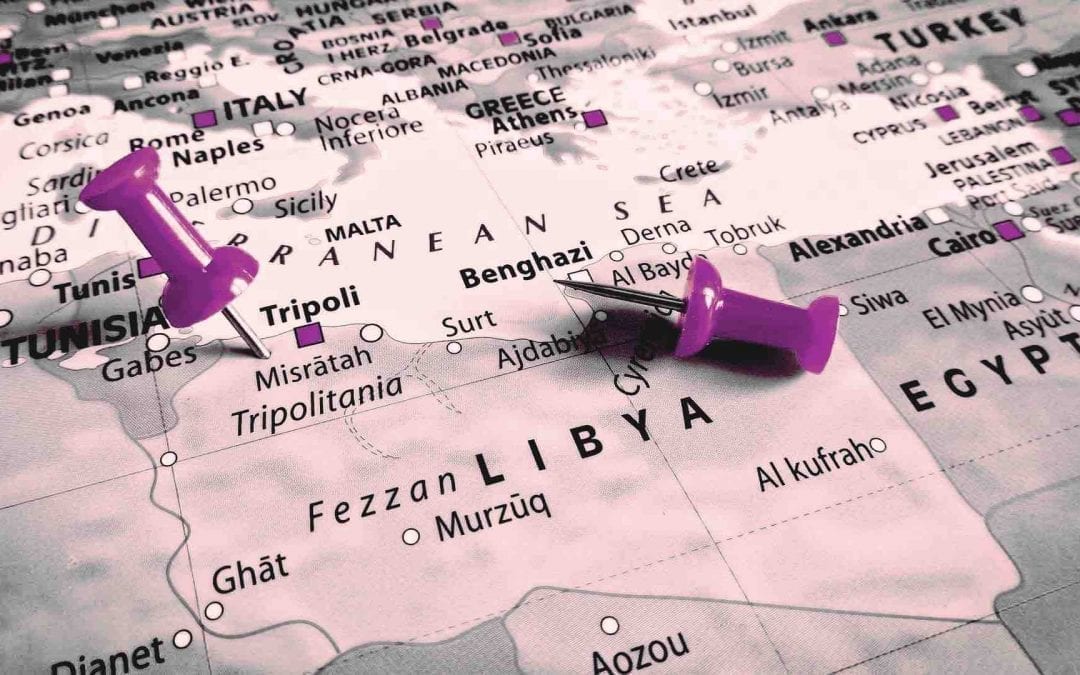 As Haftar’s offensive toward Tripoli stalled, the conflict does not cease to reproduce itself in other realms or dimensions. This week, Haftar and his international backers increased their level of engagement in propaganda to dominate or shift opinion in favor of Haftar, representing him as a hero fighting terrorists.

If we go as back as three weeks ago, Trump had expressed his support to Haftar’s operations targeting Tripoli by labeling it as “ongoing counterterrorism efforts” and had expressed a “shared vision” for Libya during his telephone call with Haftar. This line of argument had both become a pretext for the President to make a hard turn in US policy towards the country and had given more bullets to both Haftar and his backers. As became clear that his forces were not fit to wrest control of Tripolitania, this rhetoric further became widely used to legitimize support for the coupist general trying to bypass democratic processes and topple UN-supported government.In this regard, UAE, Saudi Arabia and Egypt are the main proponents of this argument. France joined the band this week by latest remarks by Minister of Foreign Affairs, Le Drian during an  interview to Le Figaro on 2 May 2019. Le Drian said: “And in the camp of its [Haftar’s] opponents, there are perpetrators of armed attacks, specialists of predation and jihadists.” From political perspective, French support to Haftar extends to blocking action in EU. Another supporting state, Russia does the same in UNSC. On 7 March, the country blocked a UN Security Council statement that would have called on Haftar to halt advance on Tripoli. Other supporters are Tunisia and to a minor extent Jordan and Bahrain.

PM Serraj’s backers are not non-existent either. This  week, one spokesman said GNA was asking Turkey for help by “anything that is needed to stop the assault”. President Erdogan said: “ There is on the one side a government deriving its legitimacy from the will of the people and on the other side a dictator taking courage from support by Europe and some Arab countries. We will stand by our Arab brethren upright. We will mobilize all our resources to suffocate efforts of those willing to turn Libya into Syria.” However, the limits of what Turkey can do is limited. The block supporting GNA already lost Sudan after fall of Bashir and the remaining duo to include Qatar are trying to get Italy on board. But, especially after the phone call by Trump the source of legitimacy of GNA does not seem to count any more.

Still, Serraj will try to rally support in European capitals. Yesterday, Libya Ahrar TV announced his incoming trip to Europe with Al-Wefaq government for this purpose. The tour will include visits to Rome, Berlin, Paris and London.

From a wider security perspective, on 4 May, an ISIS attack to an LNA base in Sabha was abused by the group supporting Haftar to reinforce the same  line of argument, saying: “ISIS is fighting for GNA.” At this critical point, the sides of the proxy war should be careful about their actions which have potential to implicate the lives of millions in Libya.

As Sabha is 650 km. south of Tripoli and the example most recently in Yemen has perfectly shown that vacuum of power and chaos is oxygen for groups like ISIS, the operation itself and this rhetoric only exacerbates the crisis.  In other words, the operation started for the articulated aim of fighting terrorism is creating conditions for militia and terrorist organizations to thrive. What is more, as Wolfram Lacher says, this rhetoric oversees existence of “criminals and Madkhali Salafis in Haftar’s forces.”

From the perspective of operational art, LNA reached culminating point, where forward operations stalled and long lines of logistics stemming from Benghazi make them costly.  Haftar has to find resources to finance his current operations and his buying of militia to turn the tide against GNA, as has been the modus operandi.  His recent overtures to NOC officials hints at his desire to sell Libyan oil by-passing NOC under tacit agreement of the US. GNA countered this move by imposing special checks on four banks, three of which are in Benghazi through Central Bank to deny Haftar access to hard currency.

On the question of “Whither Libya?”, as LNA’s operational capacity is limited what we can foresee is a protracted civil war fed by different camps in terms of financial and material support. The stalemate we observe on the ground can only be broken by outside support. Will this happen? Too early to say that. The answer will depend on whether Haftar will be able to buy his advance towards Tripoli.

[*] Onur Sultan is a research fellow at Beyond the Horizon ISSG and a PhD candidate at the University of Antwerp.