After Parliamentary Election in Iraq 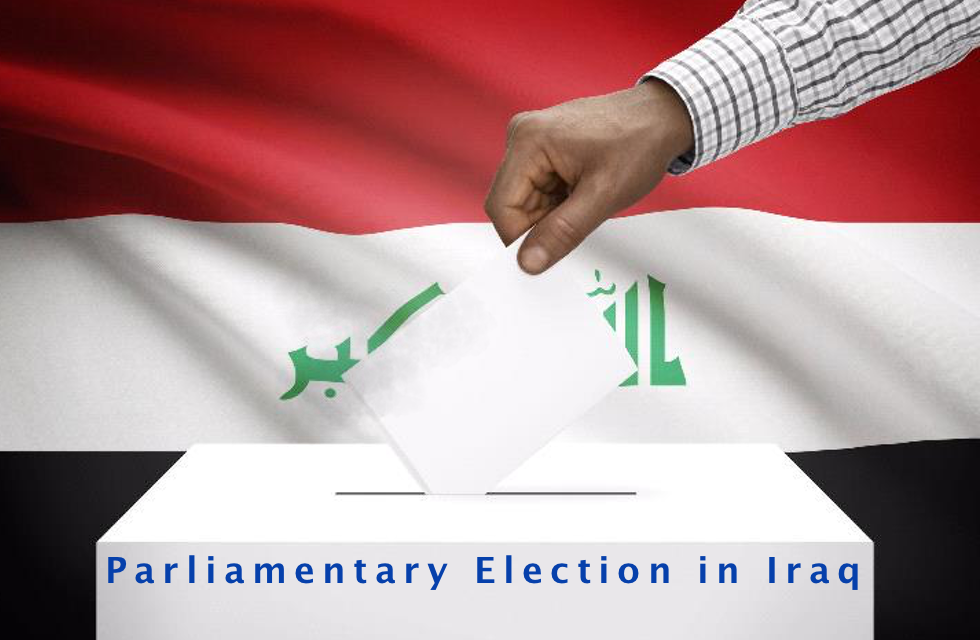 Parliamentary elections were held in peace on 12 May 2018 in Iraq. The turnover was mere 44.52 percent of registered voters,15 percent lower than that of previous election in 2014. In fact, the participation was the lowest among those held after 2003. This is a reflection of the general Iraqi populace disillusionment in the politics and their faith in politicians’ will and capacity to solve their problems.

To run for the 329-seat parliament of which 8 seats are allocated to the Assyrians (5) and three other minorities, 204 parties and 27 alliances were registered. To ascertain majority, 165 seats are needed. The results have been surprising for many…

Sairoon, an alliance of Communist Party and Sadrist Movement of Muqtaa al-Sadr, the Shiite cleric known for his opposition to US and Iran, won the majority 54 seats. Following was the Fatah Alliance with 47 seats. The Alliance is a political extension of Popular Mobilization Units and is led by Hadi al-Amiri. The biggest surprise though came with the current PM, al-Abadi. His Victory Alliance came only the third with 42 seats. Al-Maliki, former PM on the other hand ran within State of Law Alliance which became fourth with 25 seats. Kurdistan Democratic Party (KDP) of Nechervan Barzani got same number of seats. Sixth became National Alliance (al-Wataniyya) with 21 seats. Those were followed by Ammar al Hakim’s National Wisdom Alliance (19 seats), Kosrat Rasul Ali’s Patriotic Union of Kurdistan (18 seats) and Usama al-Nujaifi’s  Decision Alliance (14 seats).

The results hint Iraqi politics will be an even greater playing field for regional and global actors. Muqtada al-Sadr, a personality not wanted by US based on his struggle with his Mahdi Army against US forces after 2003 and by Iran for his aversion of its interference in Syria and Iraq has the position of game maker after the elections. US, Iran and gulf states spearheaded by Saudi Arabia has to make calculations that were not in place before the elections.

An interesting personality with capability to do or be the unexpected, Sadr is a rare Shiite cleric against Iran who finds US-Iraqi government cooperation in the fight against ISIL appropriate. Last year, he made a visit to Saudi Arabia to speak to crown prince Salman and get his support.

Vocal about his distaste about the immense corruption and absence of concrete plans to put the Iraq back on its rail, he came with a structured plan that went beyond rhetoric when compared to other candidates or alliances. His actions before the elections have paid.

Next day after the elections, he tweeted a text where he played with words that hinted on the blocs he could join forces to form the government. The tweet read: We are moving (Sairoon, name of the alliance he formed) with Wisdom (Hikma) and Patriotism (al-Wataniyya) so that the Will (Eradaa) of the people becomes our aim and we build a New Generation (Jilan Jadidan) and witness Change (Taghyeer/Goran) towards rehabilitation and Iraqi Decision (Al Qarar). So, we raise Victory (al-Nasr) Banners (al Bayariq)and let Baghdad, the capital be our Identity (Huwiyatuna) and our Democratic (KDP) Motion (Hirakuna) aims at formation of a paternal government from technocrat Cadres (Kawadur) with no partisanship.

With the number of the seats his alliance attained, Sadr will be the game maker in formation of the government. From his tweet, it is obvious that he will not form a coalition with neither Amiri-led “Fatah” or Maliki-led “State of Law” Alliance, both obvious supporters of more Iranian influence in Iraq.

Saleh al-Obeidi, his spokesman said in an interview in Baghdad on Tuesday that Mr. Sadr’s movement is seeking allies who are in line with its three-plank manifesto:

Iran publicly announced that they would not allow Sairoon to govern Iraq. Velayati, top advisor to Khamanei said they would “not allow liberals and communists to govern in Iraq”, an allusion to the Sairoon Alliance. The news agency al-Hurra reported that the commander of the Iranian Quds Force Qassim Soleimani held a meeting on Monday with the prominent Shiite political figures to include Nuri al-Maliki,  Hadi al-Amiri and leaders in the popular mobilization to form a bloc which will isolate the Moqtada al-Sadr and the leader of the Victory Coalition al-Abadi in case the latter abstains from joining this newly formed bloc.

US seems also in a similar way in an effort to assess the situation and define a way ahead. Similarly Brett McGurk, special representative in the fight against the Islamic State, was in Baghdad on the same day as Soleimani to meet prominent political leaders to include al-Abadi and Amiri. He did not contact with Sadr.

Although official results have not been announced, coalition formation efforts continue in full swing. Leaders call each other to test the other side’s intent and find a common ground.  Although subject to greater political manipulations, two options seem probable.

The first is the one hinted by Sadr. It requires a coalition built mainly between Sairoon Alliance, al-Abadi’s Al-Nasr, Kurdish Goran party and Sunnite Coalition for Democracy and Justice Parties. This will be an inclusive, anti-Iran, technocrat government not shaped by sectarian policies.

The second option is formation of a coalition consisting mainly of Amiri’s Conquest (Fatah) Alliance, Maliki’s (State of Law) Alliance and Nechirwan Barzani’s Kurdistan Democratic Party. This coalition will likely be an exclusive government open to manipulations by Iran and exclusive to Sunnite parties except for those close to al-Maliki.

In the coming weeks, we will witness power struggles between the two options both of which will render the other impossible. In any case, the war-torn country has several chronic illnesses that needs to be healed. Those are; corruption and lack of social cohesion. If not treated properly, those illnesses have the potential to deteriorate the situation in the country which will further contribute to formation of conditions that gave rise to ISIL in the first place.