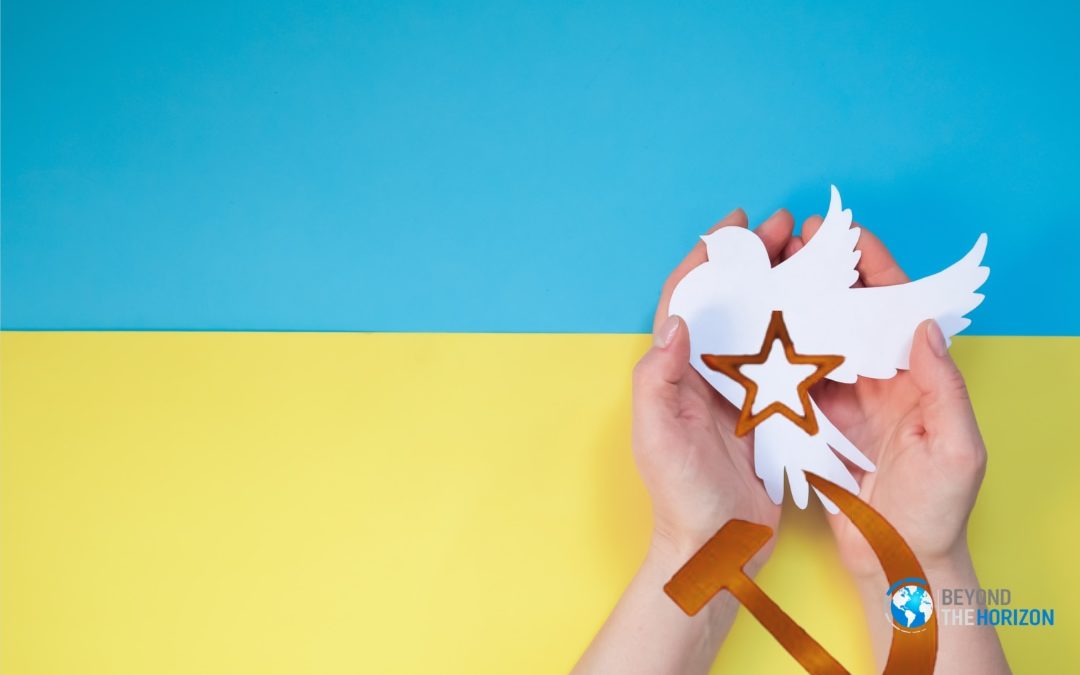 Europe and the Western World has been experiencing a big new wakeup call after Russian Armed Forces initiated its invasion of Ukraine on 24 February 2022.  Putin announced a “special military operation” to “demilitarise and denazify” Ukraine with “no intention to occupy” and “to defend people who for eight years are suffering persecution and genocide by the Kyiv regime”, just before Russian Army started its missile attacks and entered into Ukraine from different directions including Belarus and Crimea. The Russian military offensive has been accepted as an illegal military invasion by the overwhelming majority of the UN member states.

For the last three decades, all modern conflicts unleashed by Russia have been waged under the guise of “defending” a minority group or ethnic Russians and “peacemaking”. Coyle (2018) explains Russian foreign policy pattern towards her near abroad post-Soviet countries with a neo-realist approach in four steps: (1) Russian support for minority separatist movements leading to conflicts, (2) intervention as peacekeepers, (3) control over the diplomatic process to prevent resolution of the conflict, and lastly (4) continuation of her presence in the area. This pattern is considered by many analysts linked with Russian ambition towards “restoration of its great power status.”

Can we assess the Kremlin’s new “peaceful” attempt towards Ukraine as the furthest step of its foreign policy pattern?

Looking back at the previous cases of Russian “peace” attempts, it can clearly be seen that Russia leverages similar narratives to justify its actions, such as “liberation of people”, “bringing peace”, and “peacemaking”. For example, since the launch of the “hybrid warfare” against Ukraine in 2014, Kremlin has constantly promoted the narrative of “saving” the people of Donbas. This “savior nation” rhetoric used by Russia, has been observed not only in Ukraine but also in other countries.

Analyzing the history of modern Russia, we can conclude that Moscow “helped” other countries in a rather destructive way – by coercing them to lose sovereignty and by strengthening separatist sentiments. Gaining a point of entry within these domestic conflicts, Russia aims to increase its own power by making allies while weakening the power of her potential rivals at the same time. Russia intervenes in these conflicts to keep them alive for the protection of its national interests and intends to continue increasing its power regardless of international law.

Russian current illegal invasion of Ukraine, called by Russia a “special military operation” for demilitarization, can be assessed as a follow-up process of its foreign policy pattern. The occupation of Crimea and breaking apart the Donbas region from Ukraine in 2014 were initial steps which were also test cases for Kremlin for later steps. Since initial steps were not enough for realizing its policies and projecting power in Ukraine, Kremlin aimed likely to topple the current government and put a new puppet regime under its control by a large-scale military invasion.

Considering the initial 14 days of its operations, it can be assessed that Kremlin didn’t expect such conditions while planning the military operation. This time it found a consolidated and strong resistance from the Ukrainian Government, Armed Forces and people, followed by a single voice of the Western World activating strong measures against Russia and isolating it in the world, and specifically the EU initiating a strategic shift from its dependency on Russian energy.

How far Russia will go this time is yet to be seen. But it is clear so far that it will not be as easy as the previous cases and it will highly likely have heavy consequences for the Kremlin, which may have the potential to start the final phase of the Putin regime.