Yemen… Unity or separation and the wrong questions 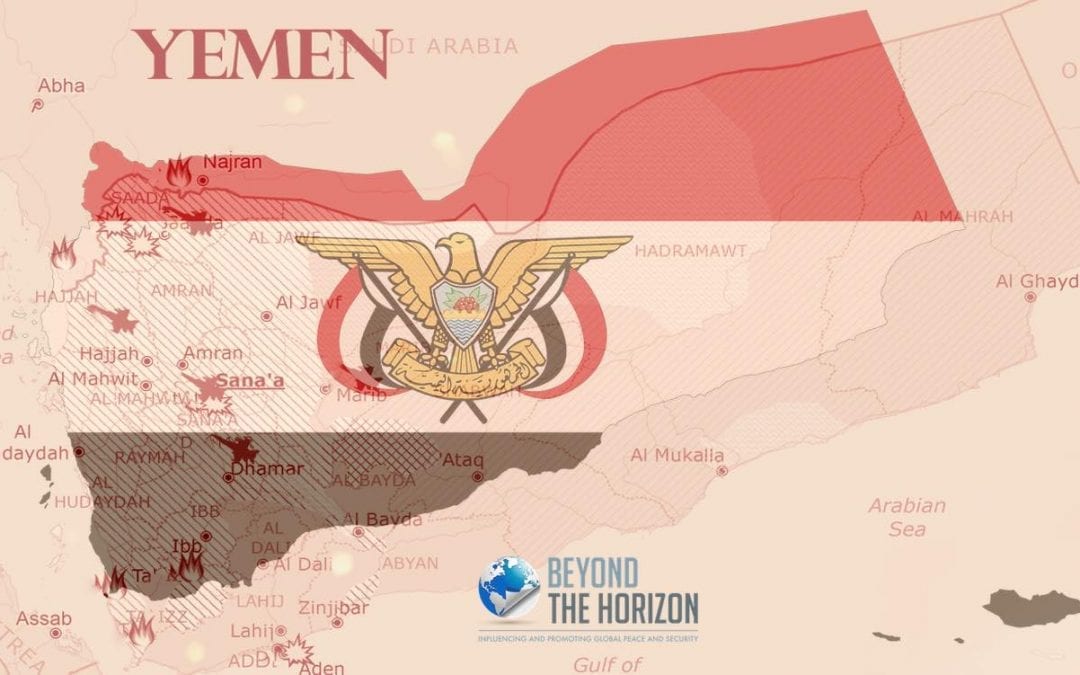 There was no surprise in what happened in Aden. Since the beginning of the transitional period, the Yemeni elites and their parties have dealt with the Yemeni situation without imagination, and in the same traditional ways of former President Ali Abdullah Saleh. However, Saleh’s successor doesn’t have his personal abilities, vigour and vitality. Nor does the country have the luxuries that was existent during Saleh’s time.  For example, Saleh did not manage the country through institutions, but through personal loyalty networks that took him more than 30 years to build. The oil resource which had provided Saleh the necessary liquidity to build this network started to dry up when those elites had to deal with the same situation.

The fall of capital Sana’a to the hands of sectarian and regional militia led to an inevitable phase of disintegration, and the few opportunities to save the country have been wasted. Since the beginning of the war, the Yemeni government with its poor performance and dependence on external parties, if not for bad intentions, has totally failed due to its ineffective and poor local partners.

The latest events in Aden opened the doors widely to the demands of independence, and aspirations of secession inside north or south. It also poses the normal question about the source of legitimacy and concepts of violence, where access to power in Yemen is still subject to violence whether in north or south. This is what led to current coup and use of force. The difference between the coups of the past and the current one is that the coups of the past were committed within the framework of the state, and did not exceed the point of power change, while what is happening now is a destruction of the state, its structure and boundaries. The proposed alternatives derive their legitimacy from the past and narratives of grievances without any clearly defined future projects.

The absence of future projects leads to a policy of mobilisation which means keeping the state of conflict or war constant in order to keep society always in fear.

The absence of future projects leads to a policy of mobilisation which means keeping the state of conflict or war constant in order to keep society always in fear. This is what both Houthis and the Transitional Council will do. Both rely on the policy of mobilisation on the basis of identity, not politics. There is no place for criticism or disagreement in ideas, which establishes the rule of the tyranny; which is the real disaster of politics in Yemen.

The disaster of tyranny that has wiped out the unity will eliminate illusions of revival of the Imamate in the north and the southern state too. Because it will naturally create corrupt regimes and consequently, faltering economy and absent services, especially in a country with poor natural resources such as Yemen. This is what reduces social base of the regime, as the effect of policy of mobilisation is weakened by time. It also creates a family / clan-based regime type since the tyrant does not trust anyone except his family / clan which destroys his alliances that help him to come to power which will weaken his power from within.

The Yemeni elite has been preoccupied with the question of Yemeni unity, and which of the stages is better, that of unity or separation? Especially the southern elite that took its this preoccupation to the streets, and this has led to destabilising approaches, whereby talk centered on the past of south with a great bulk of illusion and exaggeration. British colonial era became glorious, and this contradicts simple logic. If so, why was there a revolution against colonialism? The era of the Socialist Party became a paradise of justice and discipline without questioning. If so, why did the Socialist Party state collapse in a civil war in 1986? What prompted to scramble towards unity, pinning more hopes on it than it can deliver.

It was not the 1994 war between the north and the south, because the Sanaa government allied with southern forces from the defeated faction of the 1986 Southern Civil War, which was its chance to get back its honour, after being abused in the aftermath of the war. The 1996 war led to a new defeat with another loser, where hundreds of thousands of employees were laid off. Southern civilians and military personnel, became the seeds of indignation of the folk  and ignorance about the demands and rights led to lifting the ceiling of the demands towards secession.

The issue of the conflict between North and South Yemen is misleading, where the northerners fought among themselves even more than they did with the southerners, and the same is true for the southerners. The victimisation from the war South-South surpassed that of South-North. And all these conflicts were product of power conflict following monopolisation of power within one’s hand.

The issue of the conflict between North and South Yemen is misleading, where the northerners fought among themselves even more than they did with the southerners, and the same is true for the southerners.

The theory of the North-South conflict is a clear deviation from the reality of the problem in Yemen which is related to violence and tyranny. This is an extension of considering use of violence as the easiest way to seize the power as Yemenis have so far failed to adopt peaceful means of governance, without bloodshed. There has not been built awareness required to condemn violence and its frightening consequences for society and politics either. In every cycle of violence, Yemen is subjected to a massive bulldozing of any previous accumulations, be it political or developmental in addition to destruction of social cohesion.

The problem of violence in Yemen did not only become a vicious cycle that does not stop and has not been broken yet, where historical summons and old revenge spontaneously explode with the first shot. But it is also linked to the poverty of the country’s natural resources. The tribes that are more inclined to violence live in densely populated areas that lack natural resources. The mountains they live are not fertile, and  consequently fighting for spoils or access to political power has become a source of enrichment. Unlike Western countries where wealth is one of many instruments for access to power, in Yemen violence is the main way to acquire the power which is the main source of wealth.

This explains the nature of the political ambitions of the Dali’ and Yafi’ tribes in the south. They are the armed forces that constitute the transitional council, as the tribes in the north of Sana’a constitute the armed forces of the Houthis, and both are the reason for the division of Yemeni society into two parties. Tribal society symbolises weapon and violence whereas pastoral – peasants, or urban population, symbolises submission and peace. Even though this duality witnesses real rifts, it is still not enough to undermine this dysfunctional relationship.

As in the case of any authoritarian regime, dominant authority cannot contain the results of defeating  another local part, without portraying it as an enemy or adversary. Because one cannot be hostile towards a part of the fabric of society.

The policy of insulting the defeated in every civil war in Yemen continue to exist, naturally as part of tyranny, irrespective of regional identity of the ruler. Therefore, the policies of the Sana’a regime towards the south after 1994 cannot be interpreted as merely a regional policy, nor is it related to tyranny. Otherwise, how would we explain involvement of many southern politicians in this regime? Or, how would we explain the policies of abuse defeated southerns in the aftermath of the 1986 war?

Political questions continue to discredit their own political ways when directed towards regions and sects, but not policies and concepts, and the absence of any developmental and economic plans for the country suffer from serious problems related to the poverty of its natural resources including scarcity of water and drought in some areas. The first to get lost are the politicians, because of their inability to present future political projects.

They will replace their inability to present future political programs with a speech that accuses identity, considers it the first blameable, and rides on the wave of the intellectuals for financial or often opportunistic reasons, or perhaps because of the simplicity of the identity-based rhetoric that tickles the feelings of the folk, giving impetus to the populist policies that established authoritarian rule.