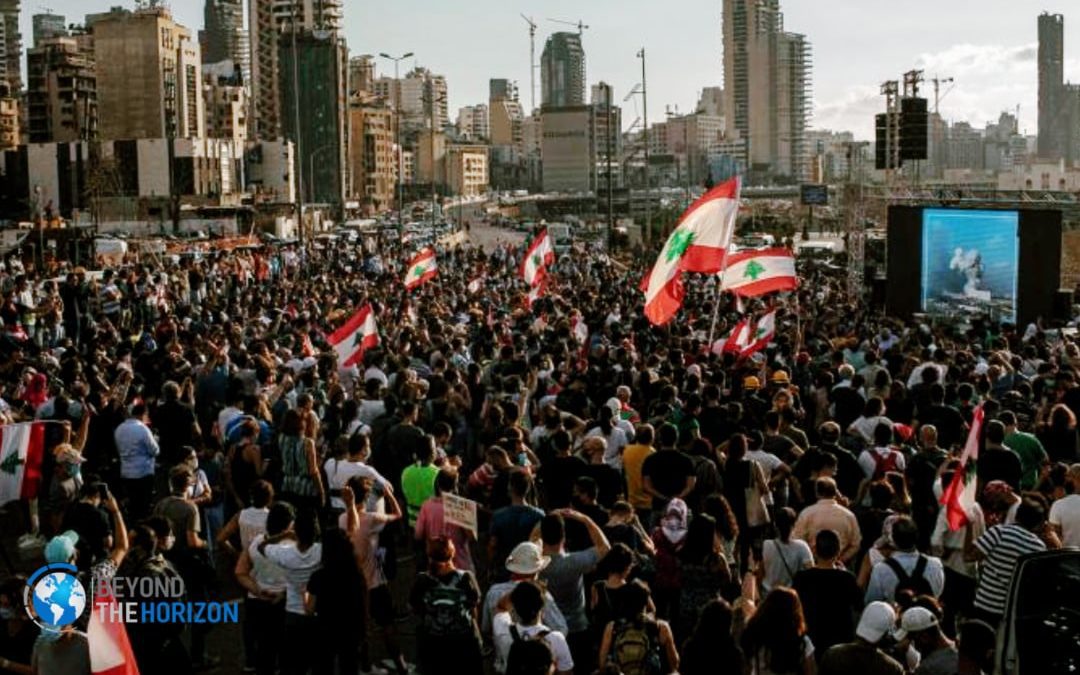 Since the start of the severe Lebanese crisis, more than two years ago, practically nothing has been done. No reforms to speak of, no capital control, no aid measures, nothing!

The situation keeps getting worse, illustrated by an ever-falling exchange rate, while the central bank issues ad hoc decisions with no consultations, preparations, or declared plan. Small depositors are being bled dry by a universal haircut approaching 70 to 80%, prices keep rising, and the cost of most services have increased by 300 to 400%, fuel is now ten times more expensive than a year ago, same for electricity, while mobile and internet prices are about to follow suit.

So why? Why is this ‘deliberate depression[1]’ still ongoing while the government, the Za’aim, and their political parties sit by idly blaming each other? The real question should be: why not? Indeed, any economic, political, or financial reforms will directly harm the political elites of Lebanon. It could even be said that the Lebanese political elites are not sitting by idly. On the contrary, they might be actively helping the fall. The World Bank’s use of the term deliberate was not frivolous! 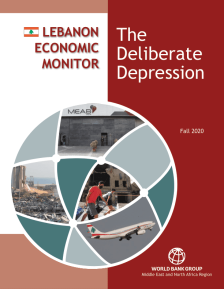 Politically, the current elites will lose much of their influence and power base if any reforms are implemented. First, the Lebanese elites have a lot of similarities with authoritarian regimes, and the moment they start implementing reforms, it signals the beginning of their end. It will show their weakness, fallibility, and ‘sins’. This applies the most to Lebanon’s more authoritarian and populist parties, primarily Hezbollah and FPM. Thus, they would prefer to watch the country burn rather than admit that they made mistakes and accept the subsequent loss of popularity.

Second, the power of the traditional pollical parties is based on an intricate clientelist system, using patronage, and public appointments in a bloated and inefficient civil service (the electricity and communications sectors chief among these), to sustain and increase their popularity and power base.  Any reforms to these institutions would signal the end of the old system and the unnumbered benefits it bestowed upon this political class.

Thus, no politicians have any incentive to implement much-needed reforms, specifically not at this juncture. The elections have been set to occur on 15th May 2022, and no politicians will support reforms five months before a popularity contest! Especially when most of these reforms are considered very unpopular.

Moreover, these reforms are required by the international community and the IMF before any serious aid and help is disbursed. The reforms range from appointing a regulatory authority for the electricity sector and raising tariffs, slashing the number of public sector workers, increasing VAT, capital control and unifying the exchange rates, and reforming the public sector and the balance of payments.

Even the appointment of a new Prime Minister and the formation of a new government took almost 12 months. Then the government was paralyzed a few weeks after it was formed. In the end, these political elites will not sign off or champion any serious reform initiatives unless they are forced to.

Similarly, several urgent financial reforms should be implemented, like the capital control law, identifying losses in the banking and financial system, and bringing some sanity to the foreign exchange market, which has been distorted by a deliberate multiplication of rates.

Here too, there is no incentive for the authorities to enact reforms. Every moment that passes is a blessing in disguise for the financial and banking system. Every dollar, or shall I say Lollar[2] that is withdrawn at a steep haircut of 70 or 80%, abiding an arbitrary rate of 8,000 LPB a dollar set by the central bank, is reducing the gaping hole of losses that is facing the banking sector.[3] Meanwhile, the banks have lowered their overhead costs, closed branches, and dismissed thousands of employees. It is not farfetched to imagine that if the current situation continues for two or three years, most banks would be able to reduce their losses significantly, and their shareholders will not have to lose any of their capital or inject additional funds.

Thus, neither the political nor the financial elites have any real incentive to enact any reforms unless they are forced to. So who can force them?

Many Lebanese have placed their hopes and wishes on the ability of the international community, especially the French, to pressure the politicians to implement the reform agenda. Unfortunately, even that last resort seems inefficient and unable to shake the iron attachment of the Lebanese elites to their political, economic, and financial interests.

Indeed, last year after the 4th August Beirut port explosion, the pressure was at its paroxysm. The entire world was focused on the tiny country, and President Macron used France’s full political weight supported by the international community to push the Lebanese politicians to make concessions and form a new government by technocrats and experts tasked only with implementing reforms. President Marcon came to Beirut twice, threatening the politicians with sanctions and worse. Nothing happened!

No government was formed, and the country’s political elites continued subverting any reform initiative and blaming each other’s for the deteriorating situation. Thus, once more, international pressure will avail to little. The country will continue its slow descent into hell while the political class prepares to pick up the pieces once the dust settles. Meanwhile, If elections happen, they will still use considerable means to rebuild their legitimacy and win a plurality of votes of their sects. By then, the regional situation would be clearer, and a new deal might be struck to preserve their interests and implement limited superficial reforms in exchange for international help.

A ray of hope!

However, the last two years have uncovered a critical chink in the unbreakable armour of the Lebanese political elites: targeted popular movements. Especially those that paralyzed the country, blocking streets and stopping the politicians and the government from slogging on, as if nothing has changed, in a ‘business as usual’ attitude!

Nothing brought the political elites to their knees, pushing them to violently lash out as when the ‘Thawra’ or the popular uprising of 17th October 2019 blocked roads, demonstrated, and overtook public offices and politicians’ homes. Even the hackling of politicians in restaurants was effective. Indeed, these interventions showed the Lebanese people, the international community, and even the politicians themselves how weak and ineffective they are. It also showed that the old system cannot continue and must change! These movements forced to change and reforms, and that was key! And they also showed that an alternative existed.

[1] The ‘deliberate depression’ was the title of the World bank fall 2020 report on Lebanon
[2] Credit is due to Mr Dan Azzi for coming up with the term ‘LOLLARS’ defining the dollars stuck in the banks, that the Lebanese are unable to withdraw as banknotes.
[3] The latest official figures put it at 69 billion dollars, which is probably less than the full loss, https://www.reuters.com/world/middle-east/lebanon-agrees-losses-financial-sector-68-69-bln-deputy-pm-says-2021-12-14/