Why will Yemen be the poorest country in the world by 2022? 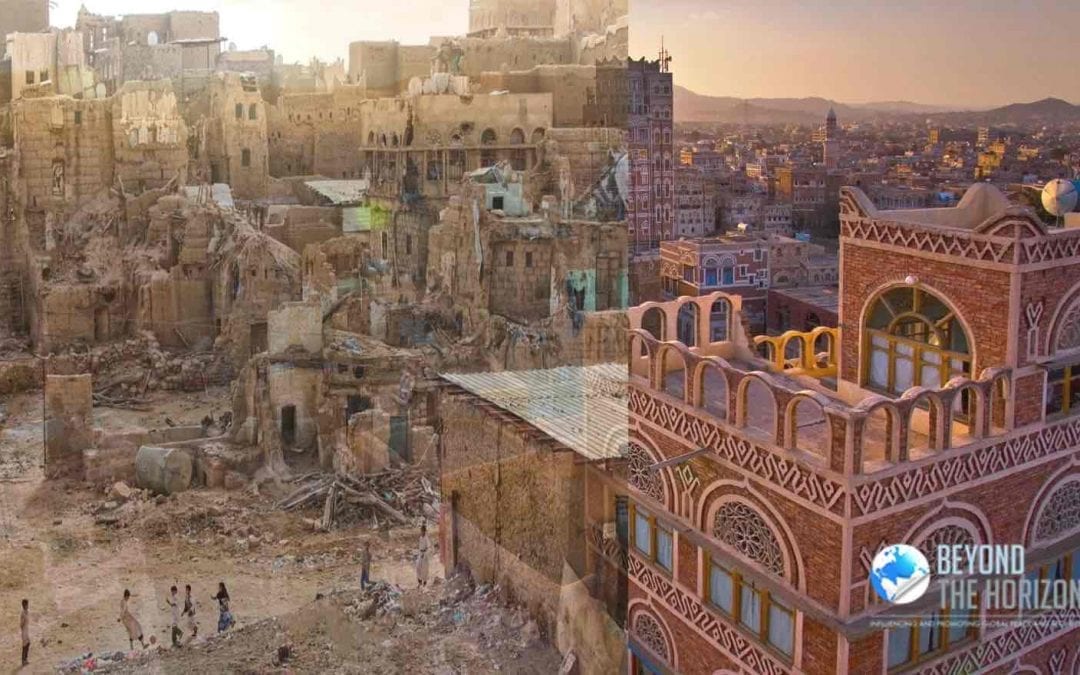 Yemen is overlooking the Strait of Bab al-Mandab and ranks 29th in the world in terms of oil reserves. Yemen is also overlooking two seas for two thousand kilometers and shares its border with the rich Gulf countries. With all these facts, Yemen will become the world’s poorest country by 2022 if fighting continues, according to the UNDP.

Yemen has limited resources of oil and gas, but it is sufficient for domestic consumption and export, this means that Yemen is able to cope with recurrent energy crises and, in normal circumstances, earn a reasonable income from exports.

Yemen’s strategic position at Bab al-Mandab gives the country more importance and more economic opportunities. The Bab al-Mandeb Strait is a vital passage for oil exports to Europe and world trade. According to some estimates, seven percent of global trade and 30 percent of the world’s oil passes through the Bab el-Mandeb Strait.

Thanks to this strategic location, the country has been a destination for ambitious projects. In 2007, the Bridge of the Horns project aiming to build a bridge between Yemen and Djibouti was announced. The project involved construction of two cities on both sides of the bridge, the first in Yemen and the second in Djibouti. It also also included construction of an airport serving both cities. The airport, as planned, would to attract some 100 million passengers a year, which puts it at the top of the world’s largest airports by passenger traffic, outperforming Dubai Airport and Los Angeles International Airport. However, the ongoing conflict in Yemen has prevented the implementation of the project.

So, conflict in Yemen, not the scarcity of resources, is the primary driver of the country’s high poverty rate. Conflicts in Yemen has a frequent and devastating presence throughout much of its history. Even the name of the famous Yemeni civilization of Sheba comes from the verb “fought” or “killed,” according to the Musnad. Accordingly Several reasons contributed to the collapse of the Second Sheba civilization in Yemen, including internal conflicts that led to the reduction of maintenance of irrigation systems and dams, which eventually led to the collapse of the Great Dam of Marib.

In recent history, Yemen has been engaged in more than nineteen conflicts over the past 88 years. That means, mathematically, one war every four and a half years. Yemen has not been one united state during the all past 88 years. So these conflicts were either among Yemeni states (in the north and south) or within themselves, and finally, between one Yemeni state and another state, like Saudi Arabia.

Conflict increases poverty in several ways. It destroys infrastructure, kills, and displaces people. For example, the 1994 war of separation between the south and north of Yemen caused an estimated $ 11 billion loss, not to mention the death of thousands.

The current conflict has costed Yemen more than $ 50 billion excluding those affiliated with damage to infrastructure. The cost of the latter is estimated to be more than $14 billion during only the first 16 months of the conflict. Those include damaged roads, bridges and energy infrastructure. The destroyed infrastructure makes the movement of people problematic, isolates communities and render access to basic services very costly in terms of time and money. That means, ultimately, reducing education, work, and business opportunities.

The geographical and demographic nature of Yemen also plays  an important role in increasing poverty rates in the country.  The countryside accounts for about 71 percent of Yemen in terms of population. Yemen is a vast country, and its communities are scattered over vast areas, making it difficult and costly to deliver infrastructure to every community. These characteristics deprive many Yemeni communities of near and safe water sources, which makes many women and children spend a lot of time fetching water. The routine of bringing water deprives women and children of education and any other job opportunities. Drinking unclean water causes normally preventable diseases, such as diarrhea. The spread of these diseases forces rural families to further lose already limited money on travel and treatment.

On the other hand, poor education, both in cities and in the countryside, increases poverty. According to UNESCO, more education could cut world poverty by half. Obstacles to not going to school in Yemen are many, including having to fetch water in the countryside, as noted. Other reasons include the demolition of hundreds of schools, the need to work, the lack of female teachers (for females), early marriage, and the lack of salaries for teachers.

The conflict in Yemen plays a prominent role in increasing poverty rates, but even if the conflict stops now, poverty rates will continue to rise, albeit at a lower rate. The fight against poverty requires providing safe sources of drinking water, building schools, promoting education, providing better health care, and building infrastructure. Overcoming these challenges requires not only a tremendous amount of aid but also more practical plans and actions to empower individuals and communities economically.

* Muneer Binwaber is a journalist and documentary filmmaker. He holds a bachelor’s in media (public relations). Binwaber has worked on a number of documentaries and articles about different topics in Yemen. He is interested in issues pertaining to Yemen, with a focus on foreign affairs and culture