Why the European Defence Fund Is Good News for U.S. Security Interests 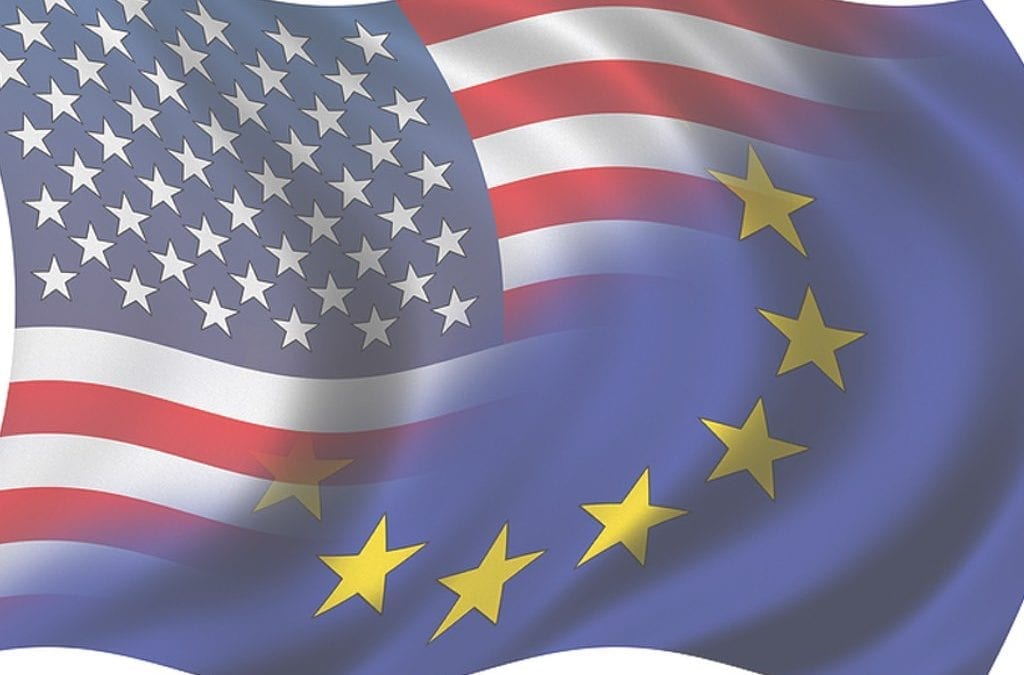 The transatlantic security and defense debate has been challenged by a recurring paradox over the past decade: Europeans are expected to take on more responsibility for their own defense and step up their defense investment, yet there is still an expectation from the United States that Europeans will acquire their major equipment from U.S. firms. While such commercial and industrial expectations are understandable, not least given the high quality and ubiquity of U.S. systems, this reliance on U.S. defense industry must be considered against political and financial incentives that will help drive greater investment and burden-sharing by Europeans. This is where a well-designed and well-implemented European Defence Fund (EDF) could contribute.

In November 2016, the European Union launched the idea of an EDF as part of a broader initiative to enhance European defense and the ability of member states to defend themselves in a more threatening security environment. While the first years of the EDF consist of pilot programs, the European Council (representing EU member states) and European Parliament in July 2018 started reviewing the regulation, which would establish a €13 billion EU effort to finance defense research and development within the next multiannual financial framework (2021-2027).

The basic contours of the EDF are as follows:

The EDF could easily be dismissed as another short-lived initiative. For years, EU member states have indicated their desire to support European defense industry as part of the Common Security and Defence Policy. Past initiatives include the 2007 adoption of a “Strategy for the European Defence Technological and Industrial Base,” or the 2008 European Council conclusions that called for the development of “robust, flexible and interoperable capabilities” through industrial specialization and pooling and sharing of capabilities. Although some progress was achieved, these initiatives never fully met expectations.

Yet this time could be different for several reasons. The first is that Europe’s security context has dramatically changed over the last few years, including Russia’s annexation of Crimea and its efforts to intimidate several European countries and undermine EU and NATO unity and numerous terrorist attacks, in particular from the Islamic State. These recent events have demonstrated the need for Europeans to be able and willing to deploy and project military force to defend their interests in cases where the United States is unable or unwilling to act. One should not underestimate how this upheaval has fundamentally altered Europe’s assessment of its environment.

The second reason is that the institutional setting has radically changed. The European Commission, long perceived as a bastion impervious to geopolitical realities and to anything military, has now weighed in the European defense debate. When the final decision launching the Preparatory Action on Defence Research (sort of an appetizer for a more substantial defense research program) was adopted in April 2017, it marked the first time the EU budget was used to fund defense research and technology—illustrating an unprecedented mind shift within the EU institutions. And in the Brussels galaxy, no institution enjoys as many legal prerogatives, policy tools, and human and financial resources as the European Commission.

And finally, there is a political dimension to this evolution. Growing uncertainty about the current U.S. president’s commitment to transatlantic security, which was evident during NATO’s July 2018 summit, has strengthened the case for strengthening EU defense to include a European Defence Fund. But it would be erroneous to view this as a decisive factor, given precedent efforts made in this direction.

While the EDF has generally been well-received, recent coverage reveals some concern from defense companies from the United States, the United Kingdom, and smaller EU member states that the establishment of the EDF will only benefit the defense industries of large EU member states, leading to industry consolidation and distorting free and fair competition. Yet this assessment ignores the fact that Europe represents a significant yet relatively minor destination for U.S. arms exports (11 percent over 2013-2017) of which the United Kingdom represents about a third (with 3.7 percent). Such data suggest that EDF would have limited impact over the U.S. defense industry.

But beyond these commercial considerations lies a bigger picture: Europeans need to step up their defense investment efforts. This message has been rightfully and consistently hammered home by successive U.S. administrations and by an increasing number of European governments as well. And this is precisely what the EDF is supposed to do: incentivize and support the development and acquisition of modern and efficient capabilities by EU member states’ armed forces. It would also reduce the dependency of some allies on Russian equipment, a concern highlighted by the Trump administration and during the latest NATO summit in Brussels.

Washington could, therefore, view the EDF as a useful instrument to support Europeans in taking up more responsibilities for their own security. No country in the world knows better than the United States that capable armed forces and credible defense policy are inherently linked to a strong technological and industrial base. For European governments to redirect scarce public spending towards defense—rather than infrastructure, schools, or hospitals—they need to explain to taxpayers that it will create jobs, support local industry, and strengthen the scientific and academic standings of their countries.

In addition, let’s do some math. 18 NATO nations which are also EU member states (not including the United Kingdom) dedicated less than 2 percent of their GDP to defense expenditures. If all these countries were to reach this target, it would amount to an overall increase in spending by EU member states defense of $95 billion. This would represent significant opportunities for all defense companies, whether European or American. The bonus for SMEs involvement will allow more countries in Europe to grow their defense industries, enable them to conduct more complex programs, and help them acquire (and integrate) more sophisticated equipment in their inventories. While the EDF alone will not achieve this, it will help Europeans move forward in this direction.

First, Europeans need to get real about utilizing and working through the EDF. One way to do this would be to agree that, whenever possible, new development programs in Europe should be designed, from the start, to take place in multinational cooperation rather than on a national basis. Pursuing new research and development and procurement opportunities with other European countries would also achieve economies of scale. Some member states have initiated such an evolution—for instance, France’s Military Planning Law for 2019-2025 reads that “equipment programs launched in 2019-2025 will in priority be developed within the framework of European cooperation.” This illustrates a significant change of mindset, although we will have to judge it on results.

Second, the United States should accept that achieving their long-term policy objectives for European security may require some compromise in terms of their short-term industrial interests. This is not an easy one, especially for those in the U.S. administration who take an “America-first” approach to defense sales. One way to overcome this would be to establish clear conditions under which U.S. firms could be involved in projects supported by the EDF. Such eligibility conditions have been defined for pilot projects, and they should now be made permanent. This would allow European subsidiaries of U.S. companies to benefit, by way of derogation and on an ad hoc basis, from the EDF and allow companies eligible for the EDF to cooperate with U.S. firms.

Third, both sides of the Atlantic should focus on achieving the strongest levels of coherence and interoperability in capabilities development. While the scope of NATO and the EU capability development processes are not identical, there is some degree of overlap among the requirements. Countries who are members of both organizations have an interest in ensuring that capability development and defense investment within the EU context support NATO efforts, and vice-versa. This means that the implementation of the EDF must also address capability shortfalls identified within NATO’s Defence Planning Process (NDPP). To that end, the European Defence Agency should systematically highlight NDPP shortfalls and encourage member states to prioritize capabilities which appear on both lists when submitting projects to the EDF, and when developing capabilities in the PESCO framework. Assessing the EU contribution to NATO’s capability development efforts could serve as the basis for a more substantial dialogue between organizations and help refute those who promote an “EU vs. NATO” myth.

With such parameters, the EDF would support both European and U.S. security interests and bring coherence between strategic and industrial objectives. It would also put much-needed flesh (and cash) toward EU-NATO cooperation, which deserves more ambition than the compulsory lip service it gets at every summit. One can only hope that this time, both the United States and Europe are willing to go further.

* Quentin Lopinot is a visiting fellow in the Europe Program, focusing on European security issues, at the Center for Strategic and International Studies in Washington, D.C.

This article was first published on Nov 26, 2018 on the Center for Strategic and International Studies (CSIS)