Why does Trump want to buy Greenland? 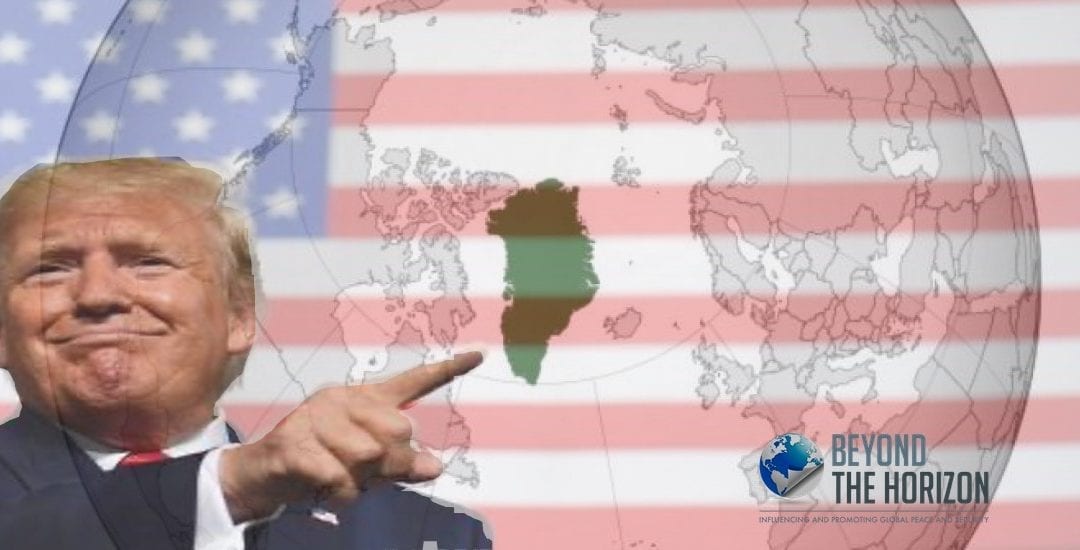 The President of the United States of America (USA) Donald Trump has said that he wants to buy Greenland Island. This request surprised both the autonomous administration of Greenland and Denmark. Upon the reactions from both sides, Trump canceled the official visit to Denmark in September.

But why is Greenland so important for the United States that Trump has stated buying it although it is very unusual in diplomacy?

Greenland is strategically important for the control of the Arctic Ocean

According to the Global Trends 2030-Alternative Worlds report published by the US National Intelligence Council in December 2012, Greenland is considered as one of the strategic locations of the Arctic Region, which attracts attention in the new power struggle. Arctic Region is composed of the area of approximately 14.5 million square kilometers surrounded by the borders from northern Alaska of US, Greenland, Norway, Canada and Russia.

According to statistical data estimates released by the U.S. Geological Survey (USGS) in 2008, the Arctic Region is estimated to have 13% of the world’s undiscovered natural gas resources, 20% of liquid gas reserves and 90 billion barrels of oil.

Greenland is the largest island in the world between North America and Russia, close to the straits connecting the North Atlantic and Arctic Oceans. It has an autonomous administration under the Kingdom of Denmark. According to the new structure established on June 21, 2009, following the referendum in 2008, the Danish government is conducting only the island’s foreign relations and defense and security policies.

When Denmark was invaded by the Germans during World War II, the US took control of the island to prevent Greenland from being used as a springboard for the invasion of North America. During the Cold War, the ports on the island were used to identify Soviet submarines that could jeopardize the North Atlantic trade.

US Thule Air Base and a deep water port are stationed in the island. The base, which contains nuclear missiles and strategic bombers, is being used by the US Space Command and North American Aerospace Defense Command (NORAD). The airborne early warning radars in the base have been modified to become part of the US Ballistic Missile Defense System.

The defense of this base and keeping the early warning radars active are very important for the effectiveness of the ballistic missile defense system. The fact that the Thule Air Base is located within the range of strategic bombers from the northernmost Nagurskoye Air Base in Russia, forces the US to take additional measures to defend this base. The United States needs to convince both Greenland and Denmark on this issue.

It is a foreign policy priority for Denmark to keep the US in Europe and to have close relations with the US. However, it is not possible to say the same thing for the people of Greenland. Particularly, the enforcement of island’s people to leave their places without their own will and the secret placement of nuclear weapons on the island during the Cold War are reasons that brings about islanders’ suspicion about the US.

In the November 2008 referendum for demanding greater autonomy from Denmark, 75% of the people voted yes to take responsibility from Denmark in 32 areas, including control of oil resources, justice and legal affairs. This situation is seen as an important step towards the independence of the island. The probability that the need for external funding for economic development and independence will be provided by China is another concern for the United States.

Another point that makes Greenland important for the US is that it is located close to the straits connecting the North Atlantic and Arctic Ocean. Oceans underpin the basis of American power. The US controls international trade, thanks to its naval power. Any attempt to prevent this control is perceived as a threat by the United States.

88% of maritime trade will be done through Arctic

Due to global warming, the rapidly melting glaciers in the Arctic Region have introduced alternative maritime transport lines. According to World Trade Organization data for 2017, trade between Asia, Europe and North America, which constitutes 88% of world trade, will be done through the Arctic soon. While the total distance that products brought from Asia to Europe via the Panama Canal is 12,600 nautical miles, the distance is reduced to 7,900 nautical miles via the Arctic Northwest Passage.

The Northwest Passage, which became available for the first time since 1978, can cause a change as caused by the Suez Canal in the past. China wants to take advantage of this opportunity by implementing the Polar Silk Road and Blue Economy initiatives that will connect Europe and China through the Arctic. If China achieves these goals, it will weaken US naval power by creating new maritime transport lines beyond US control.

Greenland has rich reserves in both raw materials and rare metals. Rare metals are used in the production of many high-tech products, from LED displays to weapon systems, from sensitive missiles to smart bombs. 37% of rare metals are produced by China. US production is only 1.7%. According to 2018 data, 85% of the supply chain of rare metals is controlled by Chinese companies. The US considers Greenland as an alternative resource to break the monopoly of Chinese firms in rare metals and their production. In the tariff war with China, the issue of rare metals creates vulnerability for the United States.

Therefore, Greenland is a geostrategic island to be controlled for both the US and China. Since the economy of the island is small, China considers that it can open space for itself through state-sponsored companies. The island administration needs external economic aid in order to finance infrastructure projects and raise welfare. In 2016, the construction of three airports through sale of a port, which was formerly used as a US Base, to China was blocked by Denmark and the United States. In the propaganda conducted, it was emphasized that China could use ports and airports for military purposes in the future.

It is reasonable that Trump wants to buy Greenland due to its geostrategic importance, its resources and China’s smart and peaceful strategy to take control of the island through firm steps. In 1946, President Henry S. Truman tried the same thing. How Trump will handle this unfinished attempt will be seen in the coming days. China’s tempting economic initiatives for Greenland seem to make the Americans uneasy and focus more on the issue.

* Security Analyst at Beyond the Horizon ISSG.