Who is winning in Libya? 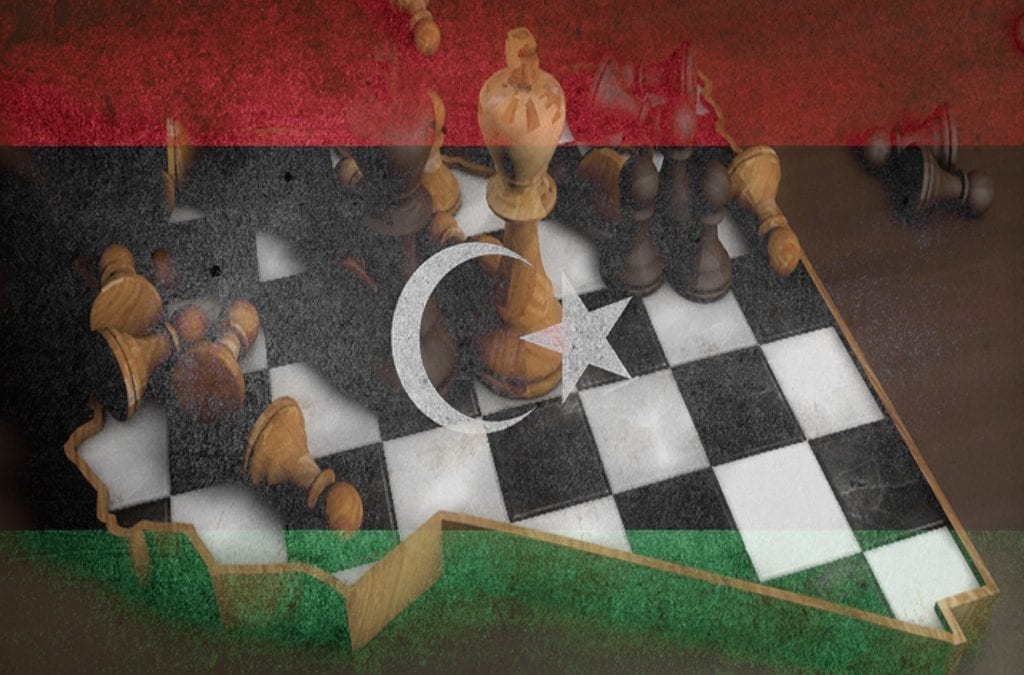 The latest milestone in the peace process for the Libya crisis, Palermo Conference, passed without a significant breakthrough on 13-14 November 2018. No final agreement has been reached during the leader’ meeting which Khalifa Haftar didn’t attend (He only attended meetings on the sidelines and didn’t pose for the final group photo.) Despite many good wishes, hand-shakes, and roadmaps, Palermo meeting was far-off from proposing a sustainable solution to the current turmoil in Libya and to the misery of Libyans since 2011. Due to the fact that UN’s ability to provide a solution depends on the Libyan leaders’ collaboration, it is not likely in the short term to reach a resolution that will establish and maintain stability in Libya.

Yet, a significant outcome from the Conference has been the consensus on the new UN roadmap and Haftar-Serraj parley. UN envoy Salame, as the owner of new roadmap, as well as Italy as the mediator among parties to the conflict and new owner of the Libya dossier, made the most out of Palermo. Both have been praised by the US with a press statement regarding the Conference.

Following the Palermo Conference, discussions have once again focused on the winners and losers of the Conference, rather than its potential benefits for Libyans. Besides Salame and Conte, Haftar was another winner of the Conference. To refresh memories, Haftar has been fighting with Islamist groups including ISIS and Muslim Brotherhood. He defeated and banned the Brotherhood in the territories under his rule, just like Egypt’s Sisi. He was reluctant to attend the Conference in order not to sit around a table with Turkey, Qatar and Brotherhood reps -like the head of Libya High State Council, Khaled Al-Mashri. Before the Conference, in several occasions, Haftar accused Turkey and Qatar of sponsoring Islamist terrorist groups and Brotherhood in Libya. Another reason for Haftar’s reluctance was not to commit himself to the decisions taken. Yet, Medvedev and Sisi were other attendees, and their pressure ensured his participation. During the Conference, he succeeded in excluding Turkey and Qatar from the talks he joined due to his distaste towards political Islamist agenda, an effort and sentiment shared by Egypt also. He also managed to amplify the long seeking international legitimacy that he was lacking.

One of the bright sides of the Palermo Conference was the handshake between Haftar and Serraj, which meant a move towards decreasing the tension in Libya. Serraj won the guarantee that Haftar would not try to topple him until elections are held.

Russia shouldn’t be forgotten as one of the winners of the Palermo Conference. It was the first time that Moscow was represented at “prime minister” level in a Libya Conference. Moreover, rather than leaning back, Medvedev actively attended solution seeking discussions. Participants of Palermo Conference seemed happy with Russia’s constructive involvement. In the upcoming period, Moscow will likely throw more weight on Libya to gain better access to Libya’s abundant oil reserves, arms market and strategic ports in the central Mediterranean.

The losers of the Conference were Turkey, Qatar and the Islamist groups sponsored by them. Among them, Turkey and Qatar have the potential of ruining the peace process in Libya, which was somewhat communicated as a signal by Turkey’s vice president Fuat Oktay. “Any meeting which excludes Turkey would prove to be counter-productive for the solution of this problem” said Oktay before leaving Palermo.

Even though Palermo can be considered a follow-up meeting after Paris agreement, France has been another alienated actor in the Libya issues as it has lost its leading role to Italy.

A potential problem is the post-conference controversial media statements by the parties, as it was the case following the Paris Summit, that might undermine the hardly reached consensus and the implementation of promises made by the leaders. Keeping the Palermo promises and reaching a compromise between Haftar and Serraj would be essential to accelerate and actualize the new UN visioned election timeline.

In a nutshell, these are the current international debate over Libya Crisis. However, the main focus should be on the expectations of the Libyan people. Just a couple of days before the Palermo Conference, The Centre for Humanitarian Dialogue (HD) released the final report on Libyan National Conference Process. Being mandated by UN, HD conducted 77 consultative meetings in 43 different locations. More than 7,000 Libyans attended their meetings, around 2000 people filled their questionnaires, and through social media, they reached 1.8 million Libyans (about one-fourth of all Libyan population.) The results of this research indicate that Libyan people have more wisdom than their representatives in international conferences. Those representatives were assigned or took the office via expired elections. So, their legitimacy is doubtful.

According to HD’s final report, Libyans have a consensus on their desire to rational and democratic governance, unified sovereignty and security, and fair distribution of Libya’s resources. Libya is a rich country as it has, besides huge oil reserves, around $68 billion frozen assets abroad (another link). If ruled by a mediocre democracy, 6.8 million Libyans can live a prosperous life. On the other hand, the Salame and HD’s ‘National Conference’ process is a bottom-up approach for reaching peace and democracy in Libya, and Libya needs to get rid of contending/self-interests centered on leaders and ideologies. The question is whether Salame or UN is aware of it. If Salame plans to use National Conference process only to compel Tripoli, Benghazi, and Tobruk authorities to play their parts for conducting elections, then it would be a shame.

Haftar, who is subject to war crimes accusations, controls more than half of Libya with an iron fist. Libyan people are the meat in the sandwich: They have to deal with either this military dictator from Benghazi or Tripoli’s Islamist groups. According to an opinion poll conducted by USAID in 2017, while 69% of the Libyans assess the current situation worse than the previous year, 68% of them have at least “fair confidence” in Haftar’s LNA. This shows the despair of the Libyans from reaching a real democracy. It all started with the hope of getting rid of 40 years old tyranny, oppression of a dictator and reaching a democratic country where they can live in peace and security. Today, it seems that UN and protagonist international actors of Libya case, build their solution on Haftar and Tripoli-based various Islamist groups. Libyans are constrained to choose either another military dictatorship or extremist Islamist government.

On the other hand, humanitarian crisis due to irregular migration flows in the Mediterranean -overshadowed by political developments- is still ongoing. Following green lights to disembarkation of a few migrant ships, the new socialist Spanish government is looking for a more sustainable solution to vessels carrying migrants, which are refused by Italy and Malta. It is highly likely that, until setting up a common migration policy/agency, the humanitarian crisis in the Mediterranean will not be addressed adequately, and the European states will face similar problems every week.

Currently, there is no NGO rescue boat left in the Mediterranean (last year there were five). The last one ‘Aquarius’ has forced to end its operations last week. Europe prefers leaving the SAR (Search and Rescue) operations to reinforced Libyan Coast Guard (who is still far from enough to cover all SAR areas), who takes all rescued migrants back to Libya -an unsafe country for migrants. EUNAVFOR Mediterranean (Operation Sophia) rescue operations are stopped or bottomed out and lately Sophia’s mandate, reluctantly, extended only for three more months. The misery of the migrants/IDPs (internally displaced people) inside Libya is not a secret anymore, all of which also caused increasing migrant death rates at sea.

Libya and Libyan people need a national reconciliation to address all of their problems. Current political darkness incentivizes terrorist groups in Libya. ISIS, Al Qaida and other extremist groups are still influential in many parts of the country, and now they organize attacks to various targets. Sub-Saharan terrorist groups and mercenaries are getting stronger in the South of Libya. Due to the missing state authority and unified security institutions, unaccountable armed militia controls state institutions and conducts prejudicial killing/abductions. Libyans are suffering from increasing prices, power outages, food shortages, corruption, and economic crisis. In short, while we are discussing winners and losers of international conferences, Libyans continue to suffer. There are tons of pundits writing/talking about Italy’s leadership role in Libya files and winners and losers of the Palermo Conference, but there is not much on the consequences to Libyan people and migrants.