What to Make Out of Emirati Drawdown in Yemen 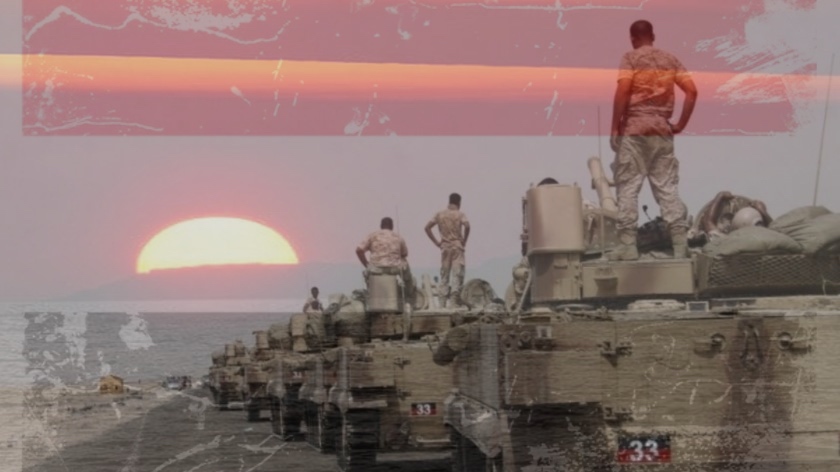 The UAE decision to draw down troops in Yemen has been on the agenda of international spectators since 22 June. In an article reflecting her consultations with Emirati officials, Elena DeLozier formulated the content of the drawdown as:

Emirati units are almost 100 percent out of Marib, 80 percent out of Hodeida, and beginning to withdraw from Aden, leaving local oversight to the Yemeni forces they have trained (i.e., the Security Belt and the Elite Forces). Similarly, Emirati staff in the key forward operating base of Assab, Eritrea, have declined by about 75 percent in the past two months, including personnel who trained Yemeni forces.

The drawdown is not obvious in some areas; for example, Yemeni sources claim that no withdrawal is apparent in Shabwa province, where fighting persists over the oil districts of Bayhan. Moreover, UAE-funded mercenaries, including at least 10,000 Sudanese fighters supported out of the Assab base, will remain on hand to back Yemen’s military. Perhaps most important, UAE forces will continue running counterterrorism operations out of their base in al-Mukalla, the city they liberated from al-Qaeda in the Arabian Peninsula (AQAP) in 2016.

Among the 10.000 Emirati troops across various units and formations, so far the rate of drawdown has been 50-75 %. The remaining forces after drawdown will continue to advise, help plan operations and continue to train about 90.000 local forces under their patronage. The UAE’s political proxy in Yemen, the Southern Transitional Council is claimed to be in an endeavor to build about 25-35 brigades, each consisting of around 1500 fighters, to form a parallel army to replace 200.000 strong ill equipped government forces.

One month after arrival of first news about Emirati drawdown, on 22 July, the Foreign Minister for the UAE, Anwar Gargash penned an op-ed in the Washington Post, where he argued they were proud of the achievements of the Emirati military in the Yemen War so far and that it was time to give more chance to diplomacy over military to end the 5 year old war that has devastated the country. He said:” The Yemeni parties — the Houthis specifically — should see this move for what it is: a confidence-building measure to create new momentum to end the conflict.” Then he further continued: “But just to be clear, the UAE and the rest of coalition are not leaving Yemen. While we will operate differently, our military presence will remain. In accordance with international law, we will continue to advise and assist local Yemeni forces.”

The article got several important responses. The first came from the UN Special Envoy Martin Griffiths. Assessing the drawdown of Emirati forces and content of the article he said: “The reason those redeployments happened, and this was not unexpected to us, was in order to make a push towards a commitment towards peace, and a very deliberate one from one of the two coalition partners. We need to take advantage of it.”

The second was obviously the Houthis. Their representative during Stockholm Agreement, Muhammed Abdussalam asserted in a statement to state news channel Almasirah: ”Not a single Emirati soldier has been withdrawn out of Yemen, just a redeployment from Marib to other areas.” He added: “the UAE presence in Socotra is not for rebuilding; it is a gateway to continue occupation of this charming and historic island.”

Last, Naeem Qassem, the Deputy Secretary General of Hizballah said in an interview with Al-Mayadeen:”The UAE was an integral part of the war on Yemen, but we learned that there are strong differences between the ruler of Dubai and the ruler of Abu Dhabi, Mohammed bin Zayed and Mohammed bin Rashid, the latter of which has suffered economically. The deterioration of the economy, a large drainage of money in the war and Emirati human losses without bearing much fruit has led to the gradual withdrawal.”

What to Make out of This Drawdown

There is great discrepancy within discourse over the Emirati move. Some analysts depict the move as full disengagement of the country from the conflict whereas some others consider it as mere reducing footprint. A rational assessment should be made based on the most recent developments in the region.

From a wider perspective, the Houthi acquisition of necessary technology to target Dubai and Abu Dhabi with precision, the attrition of the country’s name often associated with human rights abuses in the detention centres in Yemen, its Coalition partner Saudi Arabia’s implication in the killing of an op-ed writer, Khashoggi and further international opposition to sell arms to coalition members based on that and the immense civilian death toll stemming from Coalition air strikes certainly creates motivation to withdraw from the Yemeni theatre.  What is more, the UAE is increasingly becoming more involved in the regional disagreements. Its support to General Haftar in Libya puts increasing political and economic pressure on the country.

However, this does not mean a complete break-up from the war in Yemen. The immensity of the investment in the country – so far $5.5 billion only for humanitarian aid-  shows the importance the UAE attributes to this country based on its control over the most strategic islands in the Bab-al Mandab Straits.  In addition, the UAE has differentiated its investments in multiple fronts to include raising political and military factions within Yemen under its control.

The last element is the operational role the UAE plays in Yemen. As it is common knowledge, the UAE is responsible for the operations in the Western Coast and Hodeidah. After the Stockholm Agreement, despite no advance in other areas, the ceasefire in Hodeidah has held so far, creating a relative calm at this front.

So, taken all together, news about drawdown of Emirati troops can only mean delegation of most war related tasks to Yemeni proxies while still staying in the driving seat.

The benefits of such move are many. First and the most evident one is the chance to sell the move as giving more chance to the peace, an attempt to change perception towards the country. Second is to lessen the burden the war has on the country’s economy. A third benefit is a trial of self-sufficiency of the organizations and structures the UAE has created in Yemen thus far. And the last benefit could be cited as venting off domestic pressure within the UAE arising from death of Emirati soldiers coming especially from poorer emirates like Ras al Khaimah.

What to Expect from the UAE in the Coming Days

In the south, the battle groups formed, trained and led by Emirati officers will likely have spats among each other about who will lead and how operations will be conducted. But, the UAE will still have influence in financing and directing such groups.

Politically also the UAE will continue to be a driving force as South Transitional Council acts under its tutelage. As the organization continues to expand its area of influence, its acts and rhetorics work as a divisive force to preclude a united Yemen even after this war is ended.

It becomes strikingly clear as the time passes that Stockholm Agreement will not bring peace to Yemen. Its vague provisions make it a source of contention rather than solution. The escalation of the conflict in areas not covered by the Agreement, inability to implement its provisions even after so much time has passed and a recent Houthi court death sentence to 30 men shows the limits of the diplomacy based on goodwill.

So under these strategic circumstances, an Emirati drawdown will not enforce conditions conducive to peace but will remove one more stick from Houthi perspective. Both the general rules of international relations and the initiatives so far has shown that what matters for any conflict to be resolved is not the goodwill shown but ability to own clear sticks and carrots as well as strong will to use them as required. So, the Emirati move,” a confidence-building measure to create new momentum to end the conflict” as labelled by Gargash will only have opposite effects.

It is likely that we will in the coming days see Houthis more active in multiple fronts,  increasingly emboldened by being recognized as equal party to the legitimate government of Yemen on the negotiation table  and with new ability to inflict casualties in both Saudi Arabia and the UAE from extended range. The group will likely play for time rather than solution with no aim to solve anything as non-solution feeds more bullets to their narratives and strengthen their rule in the North where they are only a minority political movement.

* Onur Sultan is a Ph.D. candidate and visiting fellow at Beyond the Horizon ISSG