What Change Should We Expect in Yemen after Election of Biden 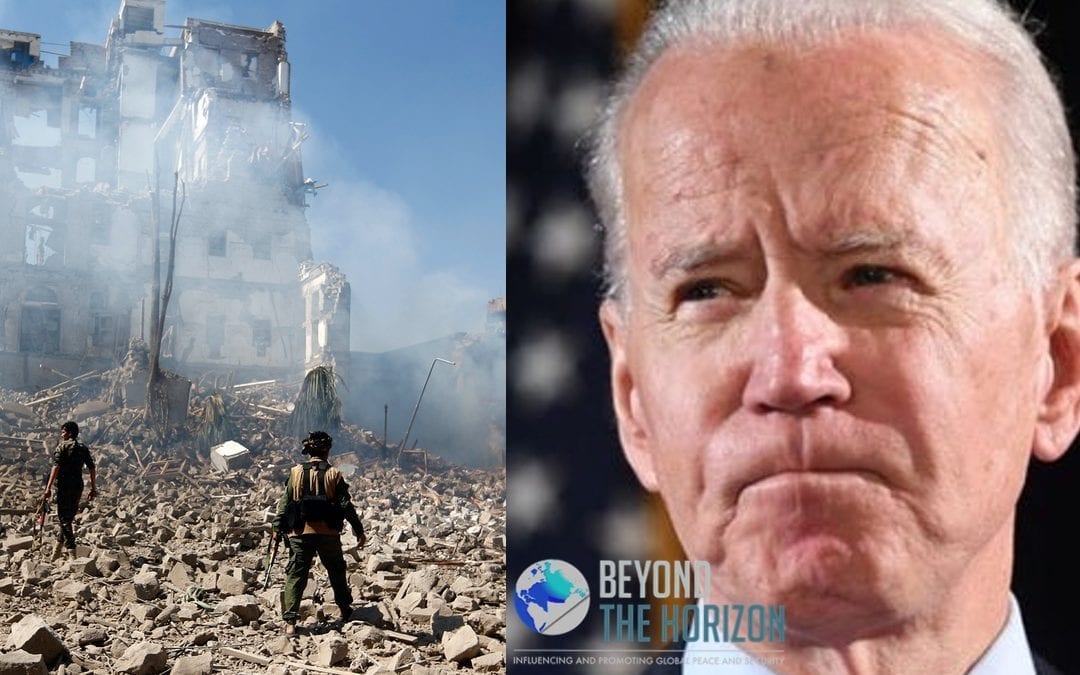 Although final election results have not been declared, vote counts show Joseph R. Biden, Jr.  has been elected the 46th president of the US. In general, US elections are followed closely across the globe as the decisions and actions of the US government has overarching repercussions well beyond its borders. But this one was especially breathtaking as the votes for candidates were very close in many states, until very last moment.

On November 8, an op-ed with the name Why America Must Lead Again: Rescuing U.S. Foreign Policy After Trump penned by Biden himself was published in the Foreign Affairs journal. The op-ed in a way communicated how Biden wants to lead the US after he takes office in January 2021. In his op-ed, Biden reiterated the strategy he will pursue in the Middle East. More specifically, the US stance vis-à-vis the war in Yemen is object of special curiosity.

In his op-ed, Biden openly discusses five practical elements of his strategy for the Middle East. Those are:

Even before the op-ed, on the anniversary of the death of Jamal Khashoggi in October, Biden had said on his campaign website: “Under Biden-Harris Administration, we will reassess our relationship with the [Saudi Arabia] Kingdom, end US support for Saudi Arabia’s war in Yemen, and make sure America does not check its values at the door to sell arms or buy oil.”

Biden is a politician and arms sales to the Middle East are the lubricant of the US arms industry. So, it is still to be seen if Biden will follow through on his words. But his intent to make the US regain its reputation and credibility will likely push him to reciprocate bipartisan congressional initiative kingdom on 13 March 2019 to block arms sales to the due to worsening humanitarian condition in Yemen and US chances to be seen as an accomplice in the war.

A second blow the kingdom gets is the plans of Biden to return to JCPOA and opening up a new playfield for Iran as long as it abides by restrictions put on development of nuclear weapons by the deal. Biden will likely use the deal with Iran to cut Iran’s support to Houthis also for attaining wider security in the region.

The Trump Administration took bold steps to have significant repercussions in the years to come in the Israeli-Palestinian issue and helped conclusion of a normalization deal with three Middle Eastern countries of which details came to be known after weeks from signature, i.e. sale of high-tech defence systems like F35s and MQ-9 drones to the UAE.

Biden is known for his support to Israel. He will likely follow in Trump’s steps in providing this second partner of the Coalition, the UAE with the high-tech weapons systems as long as this does not compromise Israel’s competitive military edge. Biden will also probably use this as a stake over the emirates and its proxy STC in incentivizing a peace deal.

A Solution to the War in Yemen

In the last two months of the Obama Administration, the Secretary of State John Kerry had started a peace initiative to stop the bloodshed in Yemen. Offering representation to the Houthis in a unity government, the peace deal foresaw the withdrawal of forces from [the capital] Sanaa and other areas and the transfer of all heavy weapons including ballistic missiles, from the Houthis and forces aligned to them to a third party. The plan was rejected by the legitimate government at the time, complaining it was bypassed.

The geostrategic landscape has totally changed today which, in retrospect, could make the legitimate government repent its reaction at the time. The divergent interests of the regional powers and local actors in Yemen and inefficiency of the international organizations in mediating the peace in Yemen pushes us to conclude that the key to the solution to the war in Yemen is active US involvement. In the only case the US interfered directly for the solution to the Yemeni conflict during presidency of Trump, all the actors shifted gears to comply with the US request. More precisely, the Secretary of Defense Mattis and Secretary of State Pompeo called for an end to the hostilities and for peace talks at the end of October 2019 after a buildup of pressure on the Trump administration after Khashoggi killing. The response from actors was quick. The sides came together between 6-13 December 2018 in Sweden to sign the Stockholm Agreement.

The only actor that can force the KSA, the UAE, and through them the legitimate government and the STC, and that can incentivize a peace-bringing compromise to Iran and Houthis is the US. Biden did not state openly he would directly get involved to find solution to the war in Yemen. But, he will likely start a peace initiative fashioned after Kerry’s plan. The US foreign policy favors a united Yemen. Yet, in the 6+ years of war, the psychological division between north and south has taken its toll, and the even the south within itself has witnessed divisions that has pitted various groups against each other.

Only time will tell. But, the  let’s hope, Biden’s words: “The Biden foreign policy agenda will place the United States back at the head of the table, in a position to work with its allies and partners to mobilize collective action on global threats” will work to terminate the world’s greatest humanitarian crisis that has become the world’s greatest shame at the same time.

*Onur Sultan is a research fellow at Beyond the Horizon ISSG.