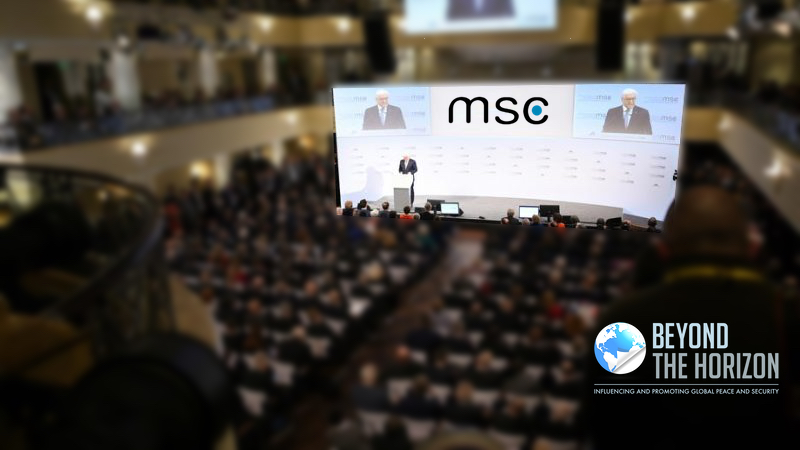 56th Munich Security Conference (MSC) took place between 14-16 February 2020. Regarded as Davos of foreign and security policy circles, MSC serves as a platform to exchange ideas for high-profile decision-makers all over the world. Traditionally, a report is published days before the conference to stimulate the debate and serve as a food for thought. The main theme of this year’s report is “Westlessness”. Not only in the sense that West is becoming démodé globally, but also “the West itself may become less Western, too”.

The reporters are well aware of the recent developments on the perception of West, yet it seems that the theme is the child of scrutinization of MSC 2019 discourse. The report does perfectly reflect the event’s mood that one might wonder whether it is penned right after the conference. Most of the, if not all, leaders underlined the importance of Western values, the importance of unity or the need for more European action. And this is not the first time, the discourse is more or less the same recently. Thus, we should focus more on actions to discern discourse from lip service.

German President Frank Walter Steinmeier kicked off the debate, accusing the US, Russia and China taking part in “great power competition”. He further criticized Russia for annexing Crimea “in total disregard of the international law”, China for being “selective in accepting international law only where it does not run counter to its own interests” and “actions against minorities in the country”, and the US for rejecting “the very concept of an international community” and putting “its own interests before all others”. President Steinmeier tell it like it is. One does not hesitate that great power competition leads to “more mistrust, more armament, less security.”

He also demanded Germany to take more responsibility to hold the Europe united as well as to have more footprint in security policy. Yet, we cannot say that German foreign policy proved “its validity” as he had already argued back in 2014 as the Minister of Foreign Affairs. Germany has been the driving force of economy in the EU, not foreign policy, let alone security and defense. Furthermore, Annegret Kramp-Karrenbauer’s, Minister of Defence and successor of Angela Merkel, decision not to pursue Chancellery would turn Germany more inward looking instead of the other way around.

On Saturday, French President Emmanuel Macron shared his views that the West is weakening, and he urged for more German involvement in foreign and security issues, both topics also raised by Steinmeier. Yet, we should take into account that France and Germany traditionally assign different meanings to security, defense or autonomy, especially in European context.

While Macron is very ambitious in reforming the EU, he falls short of stimulating Member States pursuant to his ideas. One reason might be that his initiatives are perceived to serve sole interest of France, but not for the common good. Macron needs a more sophisticated strategy to convince EU Member States that his initiatives would lead to a more integrated EU and common good, not only French national interests per se.

The other side of the Channel was jealous in sending an appropriate representative to the conference. It seems that the UK would be more inward looking for at least 1 year, arguably till the end of a fully-fledged agreement with the EU following BREXIT. However, this period may extend two to three years. Because 1-year, or say 11 months is not enough for such a big agreement where trade-offs, negotiations or even red-tape consume considerable time. In this sense, how realistic is it to expect strong commitments from the UK to the European security?

The EU could not even make the headlines in MSC 2020. HR/VP Josep Borrell talked in a closing session where he reiterated the need to reform Foreign Affairs Council voting system, citing anonymity often paralyses the EU with one MS vetoing remaining states’ decision. This provides another example of talking the talk where West is incapable of act.

Turning to one of the great power competitors, the US was represented by two secretaries, Secretary of State Mike Pompeo and Secretary of Defense Mark Esper. Their rhetoric clearly showed what the conference reporters meant. Pompeo, argued that the weakening of transatlantic ties is “overexaggerated” and refused the idea that the US do not cooperate with the international community. Then promptly called the West to unify against the aggressions of China, Russia and Iran, whereas Esper directly targeted China and Huawei.

This is where the very Western notion is challenged. The US does not discuss anything, does not try to develop a common action or does not attempt to include those states within the international system. The secretaries aspire to get the Western countries’ support to the already-taken decision. That decision does not involve neither the values nor the processes of the West.

As a conclusion, the West is incapable of acting, undermined within, both in terms of its people and the states it consists of. The politicians are either incapable to find a solution to this Westlessness or reluctant to do so. Worse, the contemporary socio-political conjuncture lead to great power competition, not to an international or regional compromise regime.

Looking deeper into the states, Germany and the UK seem to be inward looking for the near future, where France struggles to find an appropriate common policy with its fellow states and stimulate action. The US would most likely to continue to great power competition.

West is not here for some time. Western countries could not come into terms in hotspots all over the world recently, be it Iran, Yemen, Syria or even Libya, doorsteps of the EU. Some are absent focused inward developments, some has the ambition but not the strategy to unite fellow states, some in great power competition, too busy to consult its allies and develop shared strategies. Westlessness is not only harmful to the West itself, yet the harm may be global in the absence of a descent player.

*Research Fellow at Beyond the Horizon ISSG