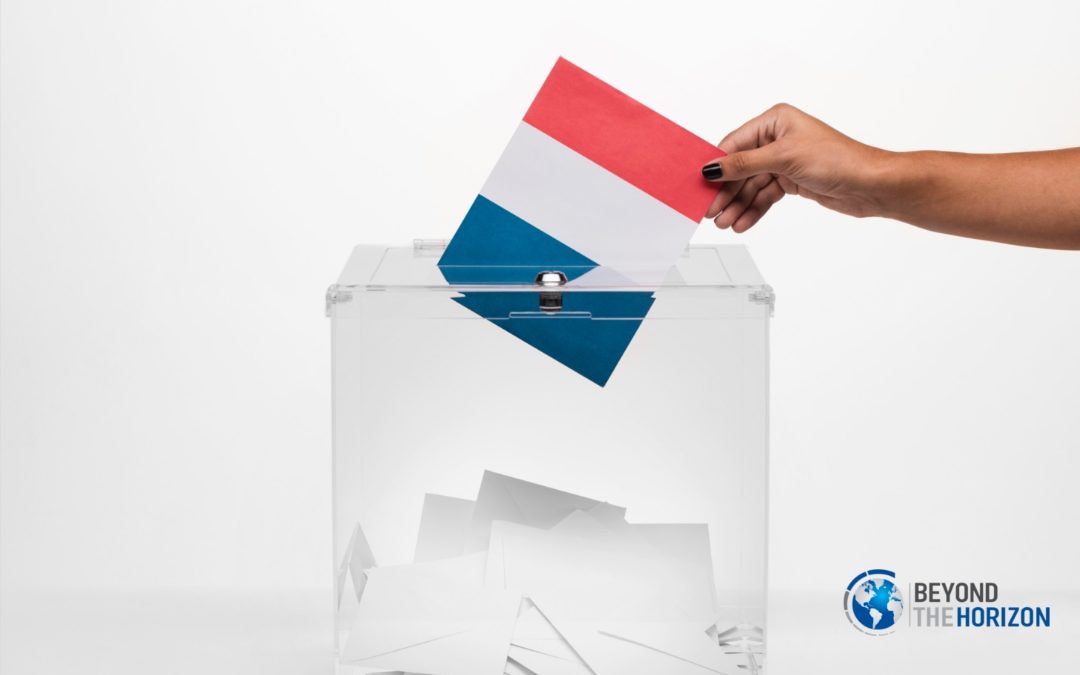 On April 24 2022, the second round of the French presidential elections took place with a 28% vote abstention rate.[1] In the first round of the elections, this rate was even lower, at 26.31%. The strong competition between France’s two historical parties goes a long way in the past. But never since 1969 has voter abstention reached such a high figure. This commentary will delve into the reasons behind this historic low abstention rate.

According to BVA, there are major political disparities between social categories in France, which explains the low voting rate in the presidential election. One in two people belonging to the lower social class didn’t vote, whereas 80% of the middle class and 83% of the upper class did vote. This clearly shows a deep contrast between socio-professional groups and reflects their electoral misalignment. 37% of absentees earn the minimum wage, and 51% originate from lower classes. This social dissonance mirrors the inability of the running politicians to win the trust and inspire hope. Citizens who struggle to survive financially in French society have little place in their lives for political matters.

Participation in the second round was deeply influenced by the results of the first round, where a large majority voted for Jean-Luc Mélenchon, the representative of the leftist party. He obtained 21,95% of the votes, whereas Marine Le Pen obtained 23,15%. (france24.com, 2022). According to Ipsos, Mélenchon was the main choice among people younger than 30 who found that his policies aligned best with their political views and values. However, in the second round, young people also form the largest group of absentees. People aged between 25 and 34 represent 33% (BVA) of the absentees. It is widely known that young people have a more fervent interest in environmental issues than the rest of the population, and they disregard candidates who don’t include environmental policies in their agenda. Young people want and expect politicians to show interest in what they consider one of the most challenging crises of today. This explains why such a big percentage of the younger population voted with the leader of the environmental party (14%). In the following part of this commentary, I will seek to explain the two main factors that have influenced people’s decision not to vote in the presidential election in France.

26% of the absentees believe that voting cannot change the socioeconomic and political landscape in France. 23% believe that their vote cannot make a difference and that elections are rigged. In a poll conducted by Vincent Tiberj, a researcher in electoral sociology, French citizens expressed their beliefs that the “election will have no impact on the situation in the country” and that “the candidates are not up to the task”.

Citizens aged between 50 and 60 also decided not to vote to express their disillusionment. Figures show that 41% of this population segment believes that the winning candidate will not change anything in their lives. This shows that even older generations have lost hope in systematic changes. This belief could be a reflection of their past experience with candidates and a reflection of the repetitive situations they find themselves in, despite voting in the past.

Another aspect to consider is that amidst events such as the COVID-19 health crisis and the Ukrainian war, people have become more interested in the impact of global events on their lives. Thus, they show an increased desire for government officials to speak about these global crises and provide more comprehensive political solutions.

The lowest participation rate is recorded among people who are not affiliated and don’t identify with any party (60%) (BVA, France). According to Thomas Vitiello, associate researcher at the Centre for Political Research at Sciences-Po, candidates didn’t address many critical social issues and didn’t seem to have a clear grasp of the problems that the majority of the population is facing. People express political interest when they feel that their needs are represented. When their needs are ignored, they lose interest in politics. When the candidates have been politically active for a long time but remain stuck on the same ineffective approach, citizens of all ages, races, and genders decide to boycott. As a result, in France, people of all ages expressed strong disillusionment.

The presidential election showed to everyone, not only to the French population, what happens when candidates don’t set goals that the voters can resonate with. Voting has been a core right in any democratic state, but when people don’t feel properly represented, politicians end up ruling over a disinterested population. Vote abstention can say a lot about people’s opinions regarding presidential candidates. It’s a powerful force with severe consequences for the public, social and economic life.

In France, boycotting has become a way of expressing an opinion on the political landscape and political candidates. As researchers (Beaulieu, 2014; Bratton, 1998; Lindberg, 2006, 2009) state, what makes citizens uninterested in voting is the lack of real electoral competition. When people’s socioeconomic conditions don’t change for years, they don’t have an extrinsic motivation to vote. Gradually, they lose their belief in the political system and that their interests are properly represented. Thus, their perception that their vote matters erodes. The French presidential election constitutes a showcase. The candidates must demonstrate a better awareness of key problems in society to attract the attention and support of the voters. Candidates for the next parliamentary elections in France still have time to consider their approach.

[1] Abstention from voting can be regarded as a way of sending a political message. There are many possible explanations for deciphering this choice. It can be considered a method of expressing one’s political stance when other options are not available or a form of protest. The implication is that none of the political parties running in the election meets the aspirations and expectations of the citizens. At the moment, many citizens in democratic European countries show dissatisfaction with the political setting and choices such as racism and ethnically separatist policies, police violence, and inaction in the face of environmental issues. In a study published in early 2015, political science researcher Vincent Pons argues, “We often tend to overestimate the political motives for abstention, while the sociological component is also very strong”. It should also be noted that voting can have negative implications on society because what’s believed to be political rejection becomes, in the end, empowerment for all candidates.