US National Security: The Discourse and the Debates 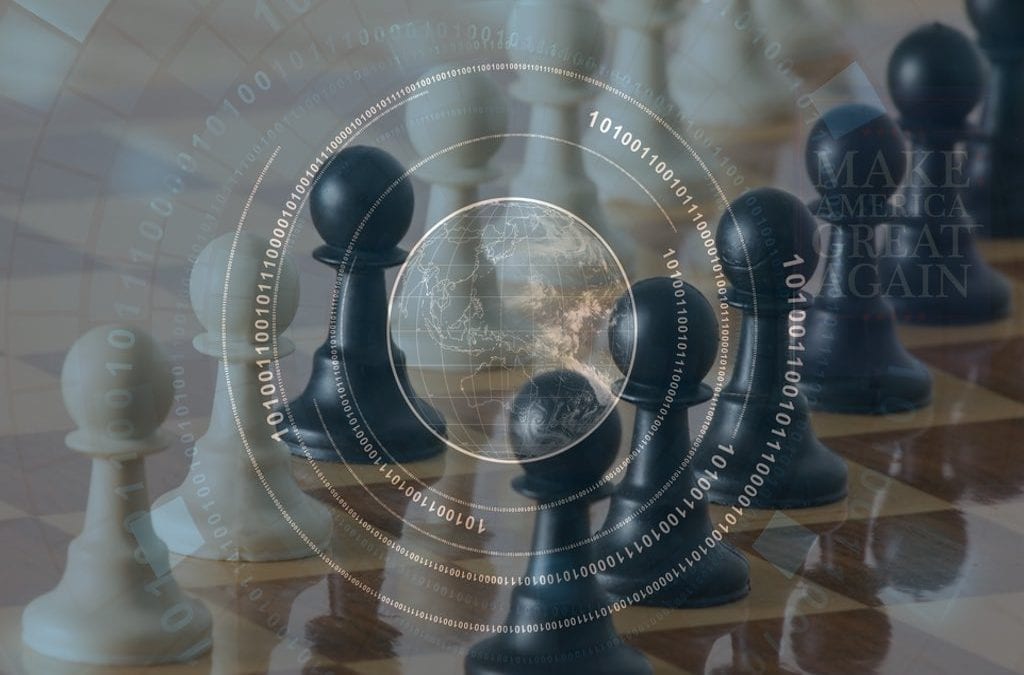 “Make America Great Again” is attributed to the present US President Donald Trump. He certainly has been a user of this quote or phrase since 2012 if not earlier. In the 2015 reissue of his 2011 book, the subtitle read “Make America Great Again”. But by no means, he is the first to use the phrase. This has been used by Ronald Regan during his political campaign in the year 1980. So much so about the genealogy of the phrase, but the question is what does it actually stand for in the present context. Exactly for a month now the country is crippled with a shutdown that has led to sections of Americans living on donated food. But the political class, especially the President does not find much urgency to change the situation. The larger goal that is apparently being debated and pursued is “National Security” of this country. i.e. the United States of America.

But this is United States of America, a special nation/state. Should the US discourse on national security be any different from other nations? The answer is “yes” if US was great and/or trying to be “great again”. Unlike other states, the national security objectives of USA are not limited to its national boundaries; it has a global scope. It talks about establishing a benign international order and a healthy global economy apart from a secured homeland.

The current shutdown of the government is apparently an unfortunate fallout of the attempt to secure the homeland from illegal immigrants (including potential terrorists). A multi-billion dollar wall along the US-Mexico border is being argued by the incumbent government as an urgent and permanent panacea for this menace. Migration from Mexico into the US is not a new phenomenon but there exists hardly in any record or report to suggest that all those who come from Mexico to the US have been terrorists or are potential terrorists. The second rationale being advance for the wall is to prevent the entry of drugs from Mexico into the US. The problem of drugs is real and needs to be tackled, but no informed opinion suggests the wall as an effective deterrent to the drugs smuggling.

Then why this made to look urgency? Coming from a South Asian country like India, what instinctively comes as an explanation for such construction of threats, is a veiled assertion of a particular kind of nationalism that is not inclusive but effective as a political rhetoric. Read with “Make America Great Again”, it makes sense to construct threats that can be projected as national nemeses and turning the natural fact of migration into a threat to US national security, is just such an act. It has more political value in the context of domestic politics than any actual evaluation of national security threat. This is inevitable when “National” takes a preponderance position in the articulation of “National Security”.

The second intense debate within the US national security discourse is the series of withdrawals President Trump is embarking upon, the most recent being the withdrawal from Syria.

The intensity of the debate can be gauged from the fact that two top officials tendered their resignation in symbolic protest to this Presidential decision. On 19th December 2018, President Trump unexpectedly announced that US troops would be withdrawn from Syrian soil with immediate effect. Defence Secretary Jim Mattis, considered a counterbalance to Presidential capris, stepped down the very next day of Presidential announcement of withdrawal from Syria. This was followed by the declaration of intent by Brett McGurk, the special presidential envoy to the coalition fighting the Islamic State to retire by 31 December 2018. Recalling ‘establishing a benign international order’ as a national security objective, one would be at loss for explanations as to how could such a move contribute to the said US national security. The assertion that the ISIS has been decisively defeated fell flat in less than a month’s time of the withdrawal announcement when an attack by ISIS caused casualties that included US troops. This shows that there is little strategic wisdom in the move. But then one wonders what is the presidential compulsion to ignore expert advice and commit US to an act that has no positive effect on US national security.

Commentaries are aplenty about the adverse consequences of US absence from Syria and Iraq at this point in time. Two consequences are worth mentioning here. One, it increases the chances of return of deadly ISIS to the region and beyond; two, it reduces US trustworthiness among its allies, both present and potential. It must be mentioned that hasty withdrawal is not a signature move of the incumbent President Trump. His predecessor, Barack Obama withdrew troops from Iraq and then from Afghanistan, leaving both the countries vulnerable to return of terror and it did return. President Trump seem to be following Obama’s footsteps without learning any lessons. If “Make America Great Again” was a slogan in reference to the wrongs done by Presidents prior to Donald Trump, then such a fallacious policy is certainly not in sync with the US national security and the effort to “Make America Great Again”.

The third issue I wish to highlight is the prompt rejection of the idea of Trans-Pacific Partnership (TPP), an economic arrangement that was perceived worldwide as a pre-emptive move to the Chinese One Belt, One Road (renamed as Belt and Road Initiative). I tend to agree to a great extent with the critics of the TPP that it was not a perfect framework of economic cooperation but there was all scope to modify the TPP principles to evolve into the largest economic arrangement of the world. It could have been a step in the right direction so far as “healthy global economy” as a US national security objective is concerned. But the US President thinks retreating from such global arrangements would make US economically stronger. It is early days to pass a verdict on the efficacy of American economic isolationism, but it certainly is not in sync with America’s global economic vision and ambitions. One may choose to remain oblivious to the growing Chinese economic influence all over the world, but the fact is China is consistently progressing on her charted course of assuming the central position of global economy and politics by the year 2050.

I cannot claim to be the only one understanding the fallacies in all the three policies discussed. At the same time, it is also not possible that those advising the President are not aware of the inappropriateness of these policies in furthering US national security in all the three dimensions, i.e. homeland, global political and global economic security. One could only rationalise these policies in reference to the political requirement of a rightist’s agenda. Winning an election on hyper nationalist (exclusivist) rhetoric entails identification and, at times, construction of counters to which hard, rigid and isolationist policies would look restorative. Thus, despite knowing full well the negative fallouts of the Wall argument, and the global political and economic isolationist policies, the Trump Presidency has the compulsion of proving his commitment to his political constituency who are going to evaluate him on his 2016 election campaign rhetoric. On the third Monday of January, I cannot help recollect a wise statement of a great man of this country and thus would like to end this opinion piece with his lines.

“But ever since the Founding Fathers of our nation dreamed this dream, America has been something of a schizophrenic personality, tragically divided against herself.”

*Director Centre for Studies in International Relations and Development (CSIRD)

This article was first published on January 21, 2019 on Centre for Studies in International Relations and Development (CSIRD)