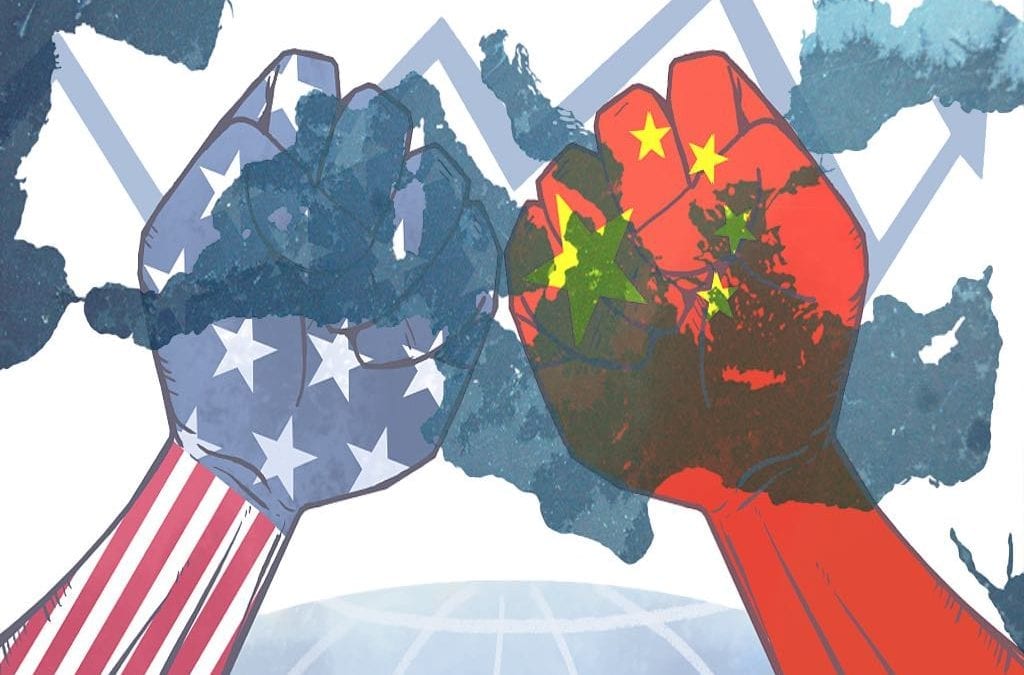 Becoming a global power depends on domination in the oceans and seas. Dominating the seas and oceans means having the strategic advantage militarily and controlling economically significant sea lines of communication. The USA, which is a global or hegemonic power, owes its current position to its ability to control the sea lines of communication with its amphibious and aircraft carrier task groups and to the capability of power projection to wherever and whenever it wants.

China Strives to Dominate the Seas with Peaceful Ways

New global power candidate China, which draw attention with its investments in naval power and its increasing activities in the world seas, is defined as a revisionist power in the US National Security Strategy and it stays the course of becoming a global power in every field. While the Chinese military carefully abstains from the provocative activities of the United States, it tries to spread its sphere of influence economically all over the world and tries to dominate the world’s oceans and seas in peaceful ways. The most significant initiative among these activities is the “21st Century Maritime Silk Road” project which aims to connect China with Asia, Africa, and Europe economically.

The One Belt One Road initiative announced by the President of the People’s Republic of China Xi Jinping in 2013 aims to link China to East Asia, Central Asia, West Asia, Africa, and Europe through both overland and sea routes economically and to enhance economic cooperation.

With this project, China aimed to establish cooperation in commercial, industrial and socio-cultural areas with 76 countries with total economic income of $ 65 trillion. “The 21st Century Maritime Silk Road” project is the sea leg of One Belt-One Road initiative. In order to sustain economic growth, it is necessary to ensure the safety of sea lines of communication, import of raw material and the export of goods. According to the data obtained from Ministry of Transport of the People’s Republic of China; 42 ports in 34 countries are operated by China within the scope of the Maritime Silk Road Project since 2013.

The Eastern Mediterranean is strategically important for the Maritime Silk Road Project and has special importance for China. China has been using the port of Piraeus in Greece since 2008. In 2015, according to a $2 billion agreement with Israel, Haifa Port will be operated by China for 25 years. In addition, an agreement was reached with Israel for the use of the Port of Ashdod. However, Israel decided to review the agreements with China after the political pressure of the US, as Haifa is one of the ports used by the US Navy in the Eastern Mediterranean.

Some assessments by the Israeli security bureaucracy and the EU countries raise concerns that China’s intention to use these ports is not only for economic reasons but also these ports might be used for political and military purposes in the future.

The main reason for this concern lies in the fact that the majority of the shares of companies such as Cosco Shipping and China Merchants Port Holdings belongs to the State. These companies have been awarded the right of operate the ports of foreign countries and invest in infrastructure.

Chinese diplomats claim that the United States misleads the public opinion of the countries with which China reached agreement by unfounded allegations to undermine China’s commercial activities.

China Plans to take Control of the Eastern Mediterranean through Cyprus

China sees Cyprus as the second stop in the Eastern Mediterranean after Israel. Cyprus may play an important role in the Maritime Silk Road Project, as a bridge to the Middle East, Russia, North Africa and the European market. According to Huang Xingyuan, the Chinese Ambassador to Nicosia; as the historical silk road connected the east and the west 2000 years ago and brought people to prosperity, today, with the revitalization of the same spirit, a big economic potential can be brought to the world economy.

The Maritime Silk Road Project foresees an equal partnership, does not imply any political requirements, such as the Marshall Aid or Monroe Doctrine, and does not target third countries. China invests in telecommunication, renewable energy and satellite communications in Cyprus. In particular, the expansion of the port of Larnaca and the renewal of the port infrastructure are considered as priority areas of cooperation. As clearly stated in the Seminar on the Maritime Silk Road in Nicosia on September 28, 2018, China considers Cyprus to be one of the most important leg of the Maritime Silk Road Project in the Eastern Mediterranean.

The US Wants to Set Up a Base in Cyprus

The United States, following closely the activities of China, signed a letter of intent on November 7, 2018, to develop cooperation in the field of security with Cyprus. As it is understood by the announcement of the Russian Foreign Ministry Spokesperson on December 5, 2018 (Russia stated that it would not remain silent about US intention to establish a military base in Cyprus which would jeopardize the stability in the region), the aforementioned cooperation also includes a US military base in Cyprus.

The US-Greece Strategic Dialogue Meeting was held on December 14, 2018. US Assistant Secretary of State for European and Eurasian Affairs Wess Mitchell stated that Greece, Cyprus and Israel are few democratic, stable and western countries in the Eastern Mediterranean and it is natural that the US improves cooperation with these countries. He also stated that strengthening the role of US in the region relies on the alliance between these three countries. Mitchell said that they are examining the appropriate ways of formal participation in the cooperation and he reminded that there are many things in common with relevant countries in terms of security strategy.

As it is clear from the statement, the United States plans to actively participate in the regional cooperation between Cyprus, Israel and Greece, which is based on energy security in the Eastern Mediterranean.

It is not acceptable for the United States, who is aware of the continuation of its current power relies on its dominance at ocean and seas, establishment of a commercial network by China, even for peaceful purposes, in the Eastern Mediterranean including Greece, Israel, and Cyprus.

In terms of the US, increasing its military presence in cooperation with the regional countries and control of China’s commercial activities by setting up a naval base in Cyprus can be considered as a strategy to implement.

However, the diplomatic visit to Nicosia by the Chinese Foreign Minister on January 02, 2019 can be considered as a sign that China will not give up its policies towards Cyprus.  It won’t be any surprise to see significant developments for the Eastern Mediterranean and Cyprus, both in terms of energy security and the struggle for US-China hegemony.