Turkish Stream or Russian Stream: Who gets the most profit from the pipeline? 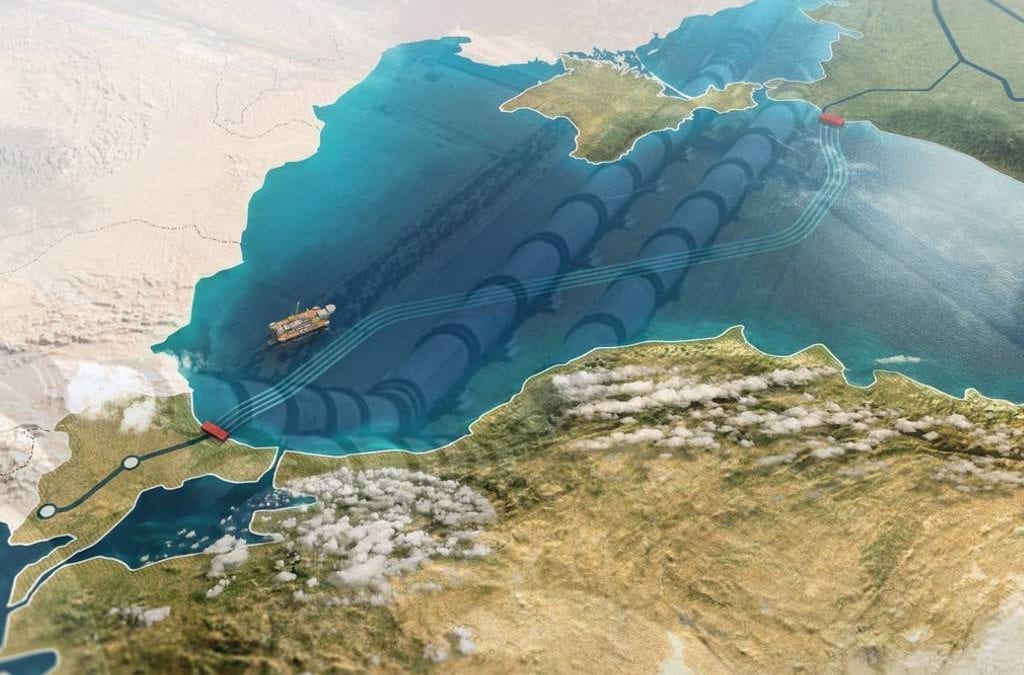 The embargo imposed on Russia by the EU and the US after the annexation of Crimea and the Russian aim of eliminating the key position of Ukraine on the energy route have led Russia to re-evaluate its natural gas pipeline projects. At the end of 2014, during a state visit to Turkey, President Putin announced that Russia had decided to withdraw from the project South Stream and started to work on a pipeline through Turkey known as Turkish Stream.

During this visit, the first agreement between Gazprom and BOTAS was signed. However, the military intervention of Russia to Syria in September 2015 stopped the approval of the agreement for Turkish Stream, but the detente in the bilateral relations after June 2016 had a positive impact on Turkish Stream. The agreement for the Project Turkish Stream Pipeline between Turkey and Russia was signed in Istanbul on October 10, 2016.

Compared to the South Stream Project, the planned Turkish Stream Project will be 2100 kilometres shorter, which will only save 10 billion US Dollars for the sea route, and this amount of money was a respite to the Russian economy that was having problems due to the decline in oil prices.

Turkey’s annual natural gas consumption is 53.5 billion cubic meters. With approximately 28.5 billion cubic meters, Russia meets 53 per cent of Turkey’s annual natural gas needs. Turkey, which is largely dependent on Russia for the supply of natural gas, is continuing its close cooperation with Russia on new pipeline projects, rather than finding new suppliers in terms of energy security – and the Turkish Stream Project is one of them.

According to the justification of the law that approves the agreement, the other line to be constructed in Thrace Region, which plans to export gas to Europe, will be constructed and operated by a new company to be established by the companies determined by the two countries with a 50 per cent share.

Currently, Russia supplies natural gas to Turkey via “West Line” which passes through Ukraine and Bulgaria to Malkoçlar and the “Blue Stream” which passes through the Black Sea to Samsun. The commercial terms and conditions of the gas which will be passed through the new Turkish Stream will be the same as West Line after its activation. This agreement shall remain in force for 30 years. As of November 19, 2018, the part of the Turkish Stream under the sea has been completed. The first gas delivery to Turkey is planned for the end of 2019.

As for the Turkish Stream project, there have been rising expectation within the Turkish public that the gas will be much cheaper, and that Turkey will be a key country for distributing gas to Europe. However, when examined further, the details of the items of the agreement seem to be contrary to the interests of Turkey in contrast to the public’s positive opinion.

Gazprom Becomes a Monopoly on Gas Transfer to Europe

There are no provisions in the agreement that Russia will reduce the price of the natural gas that will be sold to Turkey. On the contrary, the commercial conditions applicable to the West Line will continue to be valid according to the justification of the law. In this case, Russia will get more profit because of not paying transit fees to Ukraine for West Line by using the Turkish Stream. It is planned to export 15.75 billion cubic meters of natural gas to Europe with the future joint company that will be established by Turkey and Russia with 50 per cent share; however, the 11th article of the agreement says differently.

According to this article; Russia has the right to unilaterally cancel the Sea-2 and Land-2 pipelines to be used for export to Europe. In addition, as clearly stated in the agreement Gazprom is a subsidiary of Sea-2 and Land-2 pipeline Company and won’t require permission or license from Turkey for gas transit to be made. As it is clear from this article, there won’t be any right of an objection of Turkey on the gas to be sent to Europe. Gazprom will be able to sell gas to Europe by using the pipeline that it will build in another country.

Where will the pipeline pass through?

In the last few months, Bulgaria and Greece have applied to Russia to become the transfer country of a gas pipeline which will be the continuation of Turkish Stream after Thrace region to Southern Europe. This application clearly shows that the only authority in deciding the pipeline route is Russia.

As a matter of fact, during Russian President Vladimir Putin’s visit to Serbia on January 18, 2019, he announced the Turkish Stream gas would be distributed to Serbia and Hungary via Bulgaria. Moreover, Gazprom’s 1.4 billion US dollar investment in an expansion project of the Banatski Dvor underground gas storage facility verifies the Russian monopoly in determining the route.

The benefits are: 1) Using Turkish Exclusive Economic Zone without any major concessions 2) Increasing Turkey’s dependency on their natural gas supply 3) Benefiting from low investment cost. It strengthened its position geopolitically with gas supply to Serbia and Hungary via Greece or Bulgaria and opened a new manoeuvring area. With the Turkish Stream and North Stream-2 projects in energy transfer to Europe, it has created conditions to bypass Ukraine.

Russia handled the situation very well after the cancellation of the South Stream project under the EU and US pressure and by using Turkey’s needs to overcome its political impasse in Syria. As a result, it has revitalized the project more advantageous conditions and $10 billion cheaper. Under these circumstances, it would be unrealistic to claim that Turkey is the key country on the transfer of Russian gas to Europe. Instead, the term “transit country” would be more appropriate. The beginning of a debate about whether the name of the project, which didn’t come up much to the agenda of the Turkish public, should be the Turkish Stream or the Russian Stream would lead the way of answering a lot of question.