Tunisia: Is He Living Up to His Words? Or is He Abusing His Power? 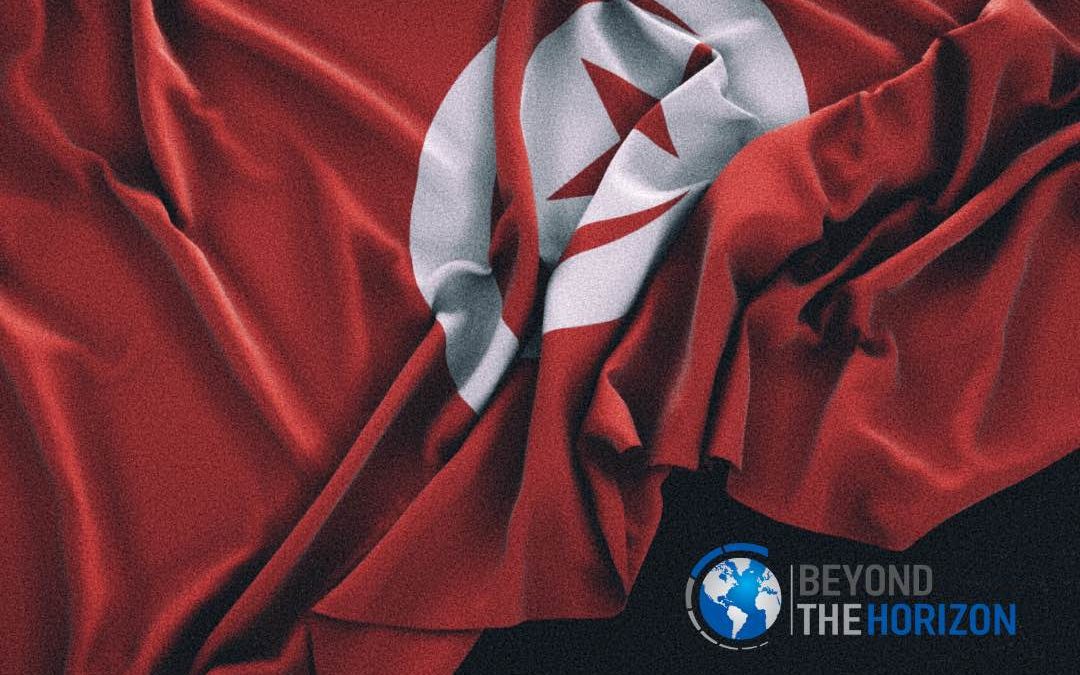 On 25 July 2021, Tunisia’s Republic Day, President Kais Saied had announced the invocation of Article 80, which he used as pretext to freeze the work of parliament for 30 days, sack the Prime Minister, and lift the immunity from all members of the Parliament. This decision received wide support from the public, as they grew fond of the President’s courage to stand in the face of corruption and take bold action. Yet, the move also sparked fears that he would take advantage of his power and risk the democracy that Tunisians had fought hard for during the Arab Spring. This decision was also met with criticism from several politicians and political parties, such as Ennahda party, who labelled these actions as “a coup”.

Two months have passed since the President’s raising Article 80. Did he live up to his words or did he abuse his power? Is the public still on his side or are they fearing his decisions? To better understand, an analysis of President Saied’s actions in the past 2 months is essential.

What has happened since then?

On August 23, just days before the 30 days period was over, President Saied issued a Presidential decree on his Facebook page “extending the exceptional measures concerning the suspension of the activities of the parliament as well as the lifting of the immunity of all deputies until further notice.” However, neither did he give any further details, nor did he announce any new measures. Almost 2 months after, still President Saied has neither named a new government, nor has he revealed a “roadmap” in that direction as demanded by Tunisians, who initially supported his move. The same demands came from powerful Union Générale Tunisienne du Travail (UGTT) labour union, and Western countries, especially the US and France.

Walid Al-Hajjam, President’s advisor, told Reuters on September 9, 2021, that there is a tendency to amend the political system in Tunisia, perhaps through a referendum, and that the constitution is supposed to be suspended and a temporary system of powers is issued. He added that this is the president’s plan and that it is in its final stages and is expected to be officially announced soon. He did not go into details of the changes that Saied was considering. However, it is widely expected to witness a shift from the current system to a presidential system in which the role of parliament is reduced. A change that has been discussed much since the constitution was passed in 2014, when the country moved from an authoritarian rule to democracy.

The Parliament does not see a way out to challenge the President’s interpretation of the Article 80 because there is no Constitutional Court to rule on this.  Presidential overreach came at a time when the Constitutional Court, one of the most important actors supposed to preserve Tunisia’s democratic Constitution, does not exist. The reason behind its absence is the failure of the Parliament to reach two-thirds of the votes required to appoint its share of judges to the Court, who would serve for 9-year terms.

Critics accuse the President of again using Paragraph 5 of Article 148 as pretext to block installation of the Court, by refusing to approve the bill adopted by the Parliament, based on the constitutional deadlines not being respected. They also claim that time limits do not call into question the obligation to set up the Court.

Had existed a Constitutional Court, the body that has the power to review and strike down the President’s decrees, the political parties and politicians who are hostile to Saied’s decisions would have appealed to it. Its decisions would be final and irreversible.

Is the public’s trust hindered?

According to Reuters, a clothes vendor in Tunis commented, “We have great confidence in the president, But frankly his program has been delayed a lot… We want quick answers.” Tunisians began to voice concern and feel frightened by the fact that he still did not address the paralysis of one of the most important elements of a democratic country, which is the Parliament. He neglected international calls to appoint a Prime Minister but kept on reassuring the public that he is still under the law.

In collaboration with Elka Consulting, Nate Grubman conducted a face-to-face survey with Tunisians. Its results, which were based on the citizens’ opinion, concluded that the political transition into democracy surely did deliver greater political freedoms but along with it came more corruption, higher unemployment, expensive gas, violent crime, and less personal and financial security.

It might be true that Tunisians have questioned democracy, but this does not permit the President to impede the political system that his people had fought for. He cannot dismiss democracy in the name of fighting corruption. He cannot ignore the presence of politicians and political parties, who do not reflect his views since they represent a big portion of his population. He has also previously shut down Al Jazeera news agency in Tunis and has been relieving several Governors from their duties. All these decisions and presidential actions go against the very core of democracy, which foresees changes in the democratic system to be made through democratic means.

As for the local and international forces, such as the G7 ambassadors, they have urged Saied to accelerate the formation of a government and announce his plans to get out of the constitutional crisis. The arrests and judicial investigations raise concerns about whether the president wants to extend his hand over the institution of the judiciary. The fear appeared in a statement by 45 judges, who recently expressed their shock at the “serious slippage that the executive authority has regressed in its dealings with the judiciary, by encroaching on the powers of the courts and the competencies of the Supreme Judicial Council.”

President Saied is showing that he really wants to pressure the judiciary to rush the examination of corruption cases, but the judiciary is moving at a slow pace and is resisting the pressure of the president. Al-Kahlawi, Former Director General of the Tunisian Institute for Strategic Studies of the Presidency of the Republic, believes that a clash may occur between the presidency and the judiciary if the pace at which they are both working does not match. Saied might then move to dissolve the Supreme Judicial Council.

Ennahda is no longer confronting Saied’s decisions in the same tone, and the scenes of protests by its members and sympathizers have disappeared. The party did not even make any comment about extending the exceptional measures. Experts are warning that the de facto situation generated by the president continues to be a “white coup”, but in general the opposition has calmed down a lot.

The road in front of Saied is clear and can now take any decision that he is convinced of. What made it easier for him is that the major parties are in a state of impotence and the civil society is suffering from great weakness. However, his biggest challenge is the dire economic situation in the country. Many Tunisians encouraged his measures in the hope of ending a stifling crisis that hit the purchasing power of citizens, exacerbated unemployment, and raised food prices. This crisis is indeed the president’s greatest threat, and if he does not find a solution to it, it will be a gateway to reshaping the political scene.

Nevertheless, until today, the President is refusing to engage in a dialogue or sit with those he called thieves. Saied said, in the presence of professors of constitutional law in the presidential palace: “We are not advocates of chaos and coups. I will not be in the service of those who tampered with the capabilities of the people, nor to deal with thieves, agents and traitors.” He continued, in veiled accusations against his opponents: “They pay money abroad to offend their country. These people we will not negotiate with them.”

President Saied invoked the constitution to justify his move of freezing the Parliament and dismissing the Prime Minister, and he still affirms that he is moving within the constitution. Meanwhile, the public opinion is divided between an affirmation of the president’s right to this move and those who see it as a “coup” against institutions in preparation for the return of absolute individual rule in Tunisia. The problem is that President Said is ambiguous, and his electoral program needs a lot of clarification.

Al-Kahlawi believes that the President’s project does not establish individual rule in the long term, but rather will change the political system towards a presidential-councils system. This means the establishment of local political councils at the local level that pass to Parliament through elections, while the executive authority is in the hands of an elected president. A system somewhat close to the American one. Most likely, Saied will push for a popular referendum to form this system.

According to the President’s Twitter account, during his meeting with National Bar Association and Human Rights League said: “there is no turning back” and restated “his firm commitment to continue on the same path without jeopardizing human rights and freedoms.” To reassure the national and the international public that he is still conducting his work within the law, he gave instructions to the officers and army to deal with the protesters within the limits of the law and respect the citizens’ rights of peaceful protest and freedom of expression.

All eyes are on President Kais Said’s next steps, which will determine whether his intervention was a “coup”, as critics have dubbed it, or is truly the country’s salvation from corruption.

Christel Haidar is currently following Master’s Program in Public and Culture Diplomacy at the University of Siena (Italy) and is currently a research assistant intern at Beyond the Horizon ISSG.