Truce, President Hadi’s Transfer of Power, and Prospects for Peace in Yemen 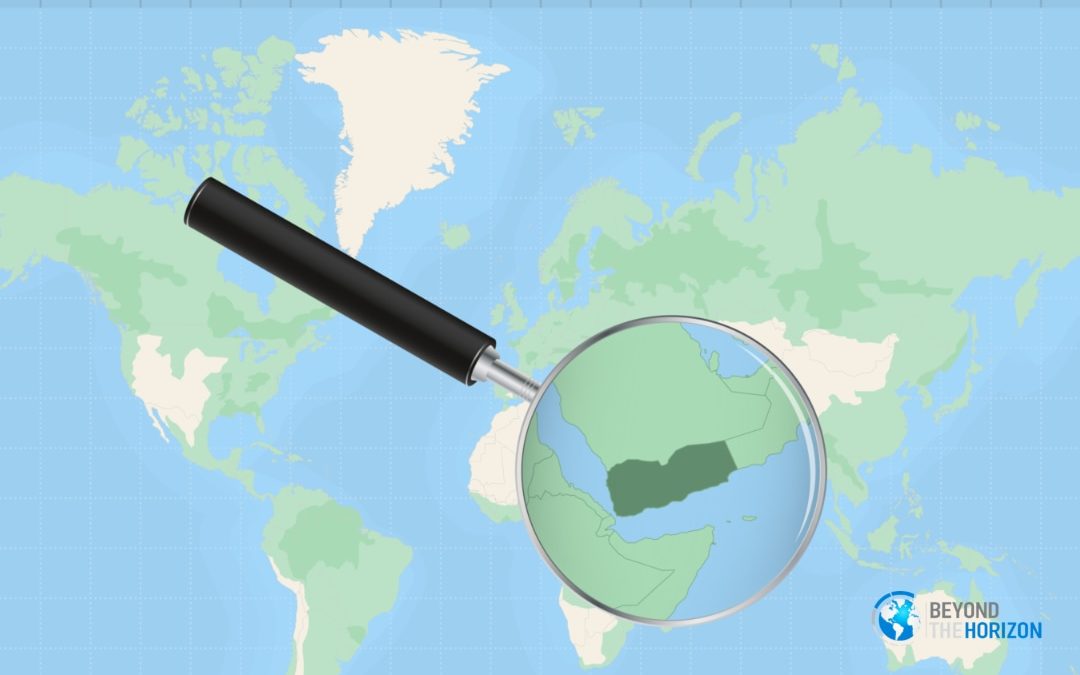 The last two weeks witnessed two extremely consequential developments that will give shape to the future of Yemen. The first is certainly the UN-brokered two-month truce. On 1 April, UN Special Envoy for Yemen Hans Grundberg issued a statement announcing a truce between sides that would start on 2 April at 1900. Accordingly, the parties agreed to:

The other main development was the GCC-brokered Yemeni-Yemeni Talks that brought together almost 1000 influential Yemenis from different political orientations. The most tangible result was President Hadi’s ceding of power to a presidential council of eight that would maintain Yemeni state war and peace efforts vis-a-vis the Houthis. In face of open failure of Hadi in leading and mobilizing the state, the society and international supporters to bring peace to Yemen, the move was welcomed by Yemenis, the Gulf, the UN and the US. In fact, Saudi Arabia and the UAE immediately pledged $3 billion to support the new presidential council in steering Yemeni economy.

But what exactly do these two developments mean for the future of Yemen? Can we hope for an enduring peace after seven years of civil war?

The latest truce came as a surprise for many. Because earlier attempts in both 2016 and 2018 were not successful.  Similarly, Saudi initiative to reach an agreement with the Houthis on a ceasefire based on guarantees for its border security and Iranian influence did not yield result last year. Houthi stipulation at the end of 2021 that all restrictions lifted from Sana’a Airport and Hudaydah Port to start negotiations was the main reason for the failure.

Houthi strategy in negotiations reflect their position on the battlefield. The group wants to dictate its own terms for a ceasefire that will secure its territorial gains, or in case of strong international pressure or relatively weak military position, it considers the agreements as a time saving tactic to regroup. The latest Houthi agreement to the U.N.-brokered truce came after a series of setbacks in Marib and Shabwa fronts, and a fuel crisis that crippled the life in the North.

This strategic look to diplomatic processes is visible in its actions. Since the start of the truce, forces loyal to the government have repelled a Houthi attack in Southern Marib, and the group strengthen its presence around the city with additional deployment of troops and vehicles. Yemen’s Defense Ministry said to have pushed back another Houthi attack outside Taiz.

The GCC-brokered Yemeni-Yemeni Talks took place in Riyadh between 29 March – 7 April. The talks that was hosted by the GCC, the Special Envoy Hans Grundberg and the US Envoy Tim Lenderking brought together almost 1000 Yemenis from feuding groups with different plans for the future of Yemen. The Houthis rejected to join the “extended talks”, saying Saudi Arabia cannot be a mediator nor host since it is a party in the war. The group said they would instead be open to talks in a “neutral country.”

The most tangible result of the talks was President Hadi’s ceding of power to a Presidential Council that would be led by Rashad al-Alimi, former deputy prime minister for defense and security in the Ali Abdullah Saleh government and a personality close to Saudi government. In his first speech, al-Alimi affirmed full commitment to the Gulf initiative, the Riyadh Agreement, and the Yemeni national dialogue, saying: “We will work to achieve the demands of Yemenis without exception or discrimination.” The Council will be supported by a 50-member consultative body.

The other members of the Presidential Council are:

Abdullah al-Alimi Bawazeer: Served as the Director of the Office of the Presidency of the Republic for years and is considered one of President Hadi’s inner circle. Close ties with Islah Party.

Othman Hussein Megally: One of the tribal leaders in Yemen’s southwest Saada province, the main stronghold of the Houthis. Member of General People’s Congress and former Minister of Agriculture.

Faraj Salmin Al-Bahsani: Currently the governor of Hadhramaut and a major general commanding the second military region that operates in the province.

All members of the Presidential Council have been involved in security sector in different positions in the past and have been effectively struggling against Houthi insurgency at various position. Yet they have completely different political orientations and visions for the future of Yemen.

Although it is yet unclear what pushed President Hadi to transfer powers to the Presidential Council, the footprint of Saudi Arabia and the UAE is visible behind the move. It seems the Coalition calculation has been to create an anti-Houthi coalition to either negotiate or enforce peace. The agreement of leaders like Zubaidi that sees Islah as an extension of the Muslim Brotherhood in Yemen and a terrorist organization and Abdullah al-Alimi Bawazeer, a member of Islah can only be explained by pressure or incentives from either Saudi Arabia and the UAE. The US support is also understandable based on its vision of a united Yemen.

The seven years of war in Yemen and resilience of the violence against all initiatives towards peace testifies for Houthi maximalist approach in the group’s bid to exert control over the country. In the time passed, the group’s main reference point to guide its moves has been power balance, in a way defying principles of negotiations and diplomatic solutions. The fact that there has been no viable force within country to militarily defeat the insurgent group has prolonged the war. With the forces of Houthis and forces aligned with the government standing at a balance, not winning over the other side and with the Houthis’ extremely poor record of commitment to diplomatic processes and abiding by resolutions, the two avenues, diplomatic and military, have yielded only meagre results. The latest respect of the group to the UN-brokered truce comes from operational necessities to re-group and prepare for continuation of military campaigns in Marib and Taiz.

The UN Special Envoy Grundberg’s Framework “for an inclusive political process”, the intra-Coalition agreement to finish the war and exit from Yemen has resulted in drastic changes in the Yemeni theater. The Coalition, by hastening step down of President Hadi after sacking his deputy Al- Ahmar, and designation of eight influential personalities with former military / security from different and often conflicting orientations signal unity in fight against Houthis. This message of unity has been amplified by announcement of $3 billion pledge by the Coalition in support of the Council’s actions.

The next moves of the presidential council will be decisive in the coming weeks if not days. The Houthis will follow the precautions taken by the council to guard especially Marib and the cohesion among its members. If or when the group sees an opportunity to seize Marib, it will not hesitate to take military action and then possibly sit on the negotiation table from a strong point. In any case, the Houthis will regroup their forces and calibrate strategy to defend the so far claimed territories while continuing to harass Saudi Arabia and the UAE with aerial and sea-borne attacks.

The center of gravity in the next phase will be the cohesion and unity within the presidential council. The personalities brought together have political orientations that goes against the aims of the council. For example, Aidarous Zubaidi is for a free South, considering himself its first president. If the eight members of the presidential council cannot bury their hatchets until forcing Houthis in a setting that will bring lasting peace, this will create discord in action and decisions. Let’s hope the council raises to the challenge of mobilizing Yemenis, its forces, and allies to create a framework for lasting peace.

Leaving just two weeks behind seventh anniversary of the war in Yemen that has systematically grinded Yemeni generations, the UN brokered truce and President Hadi’s transfer of power to the Presidential Council has kindled hope for a lasting peace among many. Yet the unfolding of events after previous similar attempts pushes us to remain cautious.

Both attempts have been well calibrated to increase deterrent posture of the forces supported by Saudi Arabia and the UAE. The geographical distribution in terms of origins of the members of Presidential Council and number of their constituents also enlarges the popular support base. For perpetuation of this deterrent posture and forcing Houthis to peace talks, the Council should attain cohesion among its members and among forces it commands to maintain advance in case of Houthi offensives. A militarily effective government will directly translate into a Houthi group that will try to solve its differences on negotiation table to secure its territorial gains.

Yet this is only the start of the work and not the end. The members of the Presidential Council have extremely different visions for the future of Yemen. Even after the problem with the Houthis solved, it is conceivable that the members of the Presidential Council disintegrate due to disunity. For peace to take root in Yemen, these diverging views should be seriously sought to be united with inner consultation not to trigger new conflicts arising from zero sum calculations.

Onur Sultan is Research Fellow at Beyond the Horizon ISSG.