The U.S is Pursuing Hypersonic Missiles 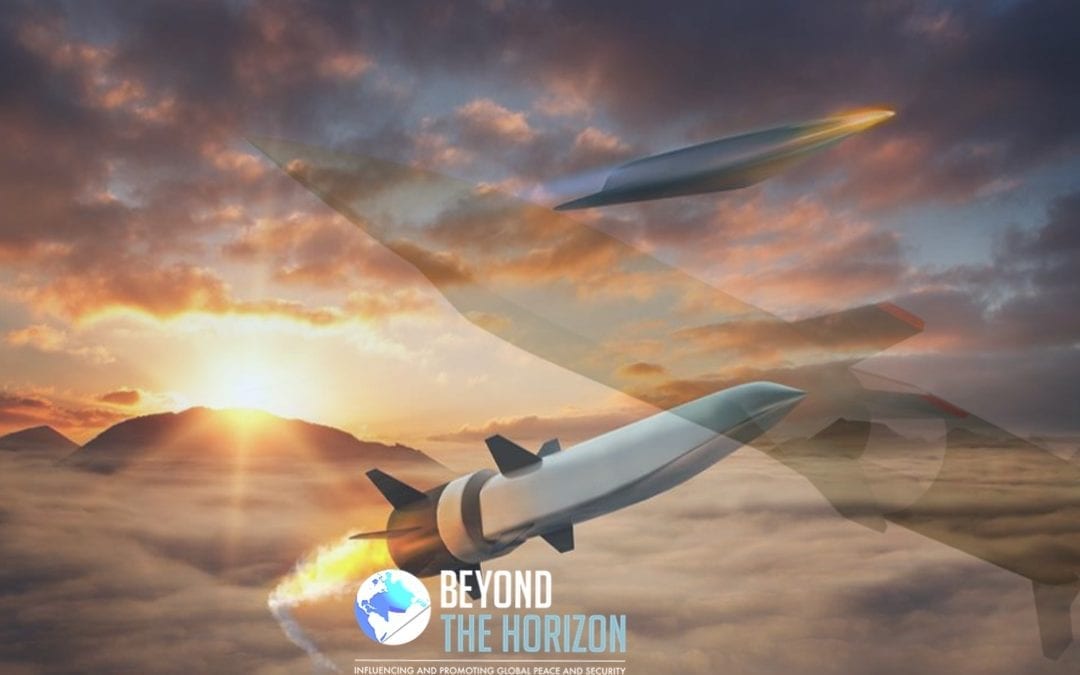 Hypersonic weapons are dramatically affecting the nature of modern warfare and island security that the US has had for centuries. In this regard, two facts should be held in perspective at all times. First, the hypersonic missiles are primarily offensive weapons. Second and more importantly, future missiles can be used as instruments of nuclear warfare.

In retrospect, Putin’s efforts to build strategic “new generation” weapons have raised concerns about an arms race between China, the United States and Russia. The U.S., China and Russia announce Research and Development (R&D) projects for new generation nuclear-capable weapons.

Russia and China are still pursuing hypersonic technology with domestic investment. For example, the Avangard hypersonic slide vehicle, a Russian intercontinental ballistic missile that can deliver a nuclear or conventional payload, is currently in service. On the other hand, in October 2020 Russia’s state-owned TASS news agency reported that the Zircon hypersonic cruise missile successfully had been tested against a maritime target in the Barents Sea. The U.S. has focused primarily on weapons capable of carrying conventional warheads, but that the Russian Avangard missile and possibly the Chinese DF-ZF are both developed to be designed to carry nuclear warheads.

Since the early 2000s, the U.S. has intensively continued the development of hypersonic weapons as part of its Conventional Prompt Global Strike (CPGS) program. In the past few years, the U.S. has concentrated these efforts on hypersonic glide vehicles and hypersonic cruise missiles. Critics who argue that hypersonic weapons could strengthen deterrence and give the U.S. military the possibility of overcoming capabilities such as advanced air and missile defence systems that form the basis for the A2/AD strategies of U.S. rivals.

The U.S. is conducting hypersonic weapons development as part of its CPGS program, which aims to provide the U.S. Army with the capability to strike or time-sensitive targets with conventional warheads, as in addition to several Air Force, Army, and Defense Advanced Research Projects Agency (DARPA) programs.

The U.S. hypersonic weapons under development have larger booster systems that will enable greater range capability and are more capable of being used for strikes against high-priority targets on land. The U.S. is seeking to develop defensive systems to defeat an incoming hypersonic missile, with a focus on capabilities which are deployable in the short term. The focus of most of these attempts is on the “glide phase” used by long-range hypersonic booster systems. These missiles are originally placed at high altitude using rockets or ballistic missiles before the weapon detaches and slides powerless toward its target at hypersonic speeds.

on September 1, the U.S. Air Force and the DARPA reported that they had concluded captive-carrying tests of two versions of hypersonic weapons which would conduct their first free flight tests later this year.  Lockheed Martin and Raytheon have both developed hypersonic scramjet-powered missiles as part of the Hypersonic Air-breathing Weapon Concept (HAWC) program managed by the U.S.  Air Force and DARPA. The organizations have confirmed that their distinct air vehicle designs are capable of achieving and sustaining flight at more than Mach 5. The HAWC is designed to be air launched missile as well but is envisioned as a hypersonic cruise missile. DARPA schedules to test weapon with a B-52 bomber at the end of 2020.

The emergence of hypersonic weapons raises many questions in the world about the destabilization it may cause in the present world balance of power, and its lack of permanent control around the world as a disruptive technology. Russia continues to be a major power in the development of weapons not only in air but also land and navy, especially all domain of hypersonic weapons.

Currently, the U.S. lacks deterrence, and the current situation in the U.S. is critical. For now, this is a gap that needs to be filled immediately. Recent developments show that the U.S. should step up the pace, whilst Russia and China are building up their arsenals with hypersonic weapons. So far, Russia has gained a monopoly over hypersonic missiles and, in the best-case scenario, will retain a monopoly on nuclear-capable weapons forever if the US strategy does not change.

In the aftermath of the U.S. pull out from the Intermediate-Range Nuclear Forces Treaty (INF) and Open Skies Treaty, hypersonic weapons with nuclear warhead capability became an important part of strategic stability discussions. Hypersonic weapons have the potential to increase nuclear risks by adding more ambiguity and complexity to nuclear decision-making. For increased transparency and predictability in nuclear risk reduction, Russia and the U.S. need to recommit to cooperative efforts to devise a new arms control arrangement or incorporate hypersonic weapons into existing control regimes. Otherwise, proliferation of these disruptive technologies throughout the world has the potential to drastically change regional and global balance of threat.