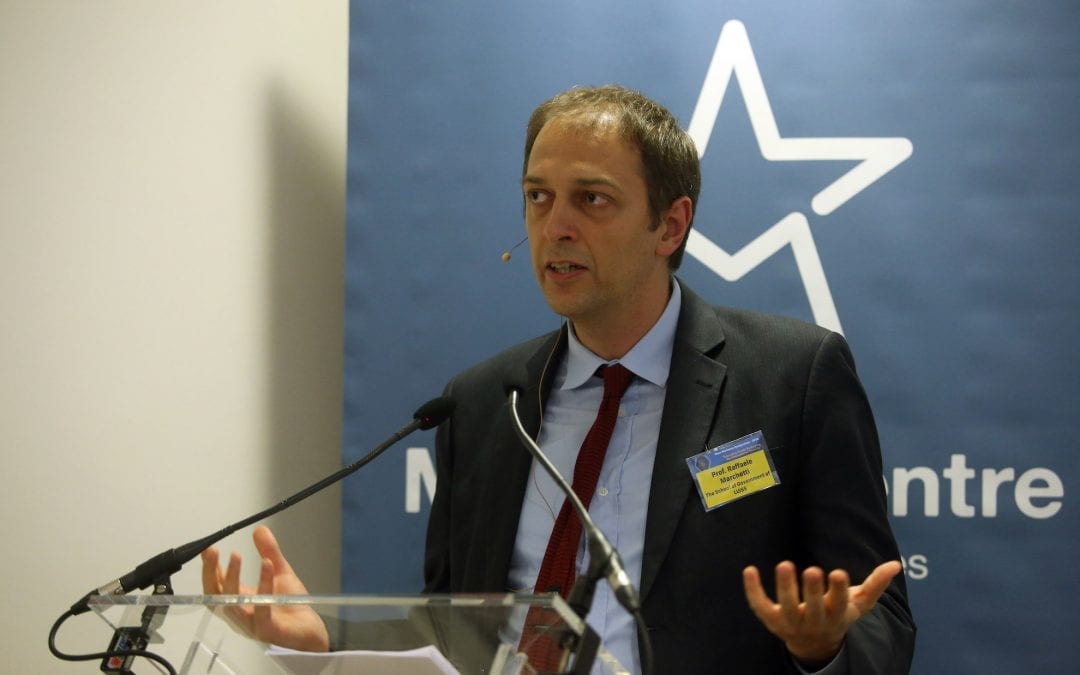 Two main dynamics are at work in the international level. The first is the state-centred “great power dynamics”. And the second is pluralist “global governance” in which a plethora of different actors exist alongside states.

A main feature of the latter, non-state actors increasingly engage and create synergy and partnership with governments and inter-governmental institutions. They have rendered the politics and the international system much more complex than the previous times. They are everywhere ranging from philanthropic foundations to think-tanks, banks, big financial actors etc. To attain a political control of this situation, there is need to develop an understanding of complex mechanisms that develop in multiple dimensions, levels and locations.

The new irreversible norm is hybrid politics of coalescing and integration between governmental and non-governmental actors, which further bring in itself opportunities, benefits, risks and costs. In this system, state and non-state actors need each other to further their objectives. Even the greatest power needs to engage possibly with non-state actors.

From quantitative perspective, the sheer number of these actors has increased significantly in the last few decades together with the total development of globalisation. They have acquired and continue to perform many functions that were carried out until recently by governments, by public authorities. To give some examples, they bring constituent issues to the public agenda, lobby policy makers, provide funds for both private and public spheres, formulate regulatory decisions, monitor their respective international agreements, resolve disputes and so on and so forth. They are in different formats, from NGOs to tech companies.

Non-state actors do not always operate alone. They increasingly develop forms of cooperation international institutions and national governments with different goals. They find in practice overlapping grounds to develop political or tactical convergence or to pursue similar short-term goals.

At the international level, one example of such cooperation is the so-called multi-stakeholder initiatives based on spontaneous collaboration, participation to ownership, power sharing, better potential to learning, and finally common action. However, it is not only in the international institutions level that these kinds corporations take place. Even the most traditional state-centric organizations like NATO are engaged and strive to develop a much better cooperation with NGOs.

An interesting example of this cooperation can be cited as the conduct of foreign policy through NGOs in third countries, a come-back of a Cold War tradition. It is possible to say that this exercise has garnered recognition by all states with different reactions. As a backlash, many governments pass laws against foreign funded NGOs. However, major powers are now actively engaged in developing their foreign policy through the collaboration and the synergy with non-state actors. It is not any more a matter of American and European democracy promotion or foreign policy by engaging NGOs.

Development of such “public partnerships” has further repercussions we need to consider. The most important one is entrance of a kind of intervening, transnational variable into the domestic balance of power, favouring either the government or the opposition. Sovereignty loses its meaning in classical terms, becoming one interdependent by degrees. This is common experience in all countries, more or less.

In nearly all states, there is a government, a majority or minority, and an opposition. Both try to take advantage of the opportunities provided from foreign actors to win the game at the national level. Power brokerage is not made solely internally. But further negotiations take place at international level.

There are different mechanisms that can be identified in this kind of dynamic. One classical mechanism is Keck and Sikkink’s “boomerang effect.” It’s a kind of liberal rosy understanding in which there is a minority in an undemocratic country, like the women under Taliban. They can go and ask for support from the EU or from friendly governments and finally put pressure on government to dismantle the barriers that would not be possible otherwise.

An inverse, outside-in example is that foreign NGOs, foreign governments, foreign international organisations who rely on local actors, local opposition, local minorities can push their political agendas. EU democracy promotion can be cited as an example.

This form of foreign intervention can get a little bit darker and a bit unclear. Foreign governments can rely also on local military actors, local rebel group, militias to bring on their interests. According to cyber operation records, there are almost 20 countries that have used these kinds of proxies for their foreign policy objectives almost 200 times in the last decade.

Another practice is that the governments’ reliance on like-minded governments, foreign NGOs, foreign groups to smash and criminalize and sometimes even kill the opposition to further put pressure on local minorities or oppositions. Syria and Yemen are good examples to that.

However, this is not only bilateral and bi-directional. In some cases, foreign actors supporting local opposition, foreign actors supporting local governments enter into political competition themselves in a way upsetting entire dynamics. They will not act alone but they will act in networks. So, by bringing one NGO, the local actor actually brings an entire network or group of NGOs to its side. Most of these activities or some of these activities are carried out in a covert fashion.

All in all, the system is very complex. It is imperative for political leaders and political scientists to have a better understanding of these dynamics both in empirical and normative terms. The issue enters into collision with our traditional understanding of national self-determination and sovereignty. However, without understanding this, it will not be possible to understand the international system completely.

* Raffaele Marchetti is Rector’s Delegate for Internationalization and Senior Assistant Professor (national qualification as full professor) in International Relations at the Department of Political Science and the School of Government of LUISS. His research interest concerns global politics and governance, hybrid and city diplomacy, transnational civil society, (cyber-) security and political risk, and democracy.