The Other War on Terror: Counter-Terror Financing and Anti-Money Laundering Initiatives of EU 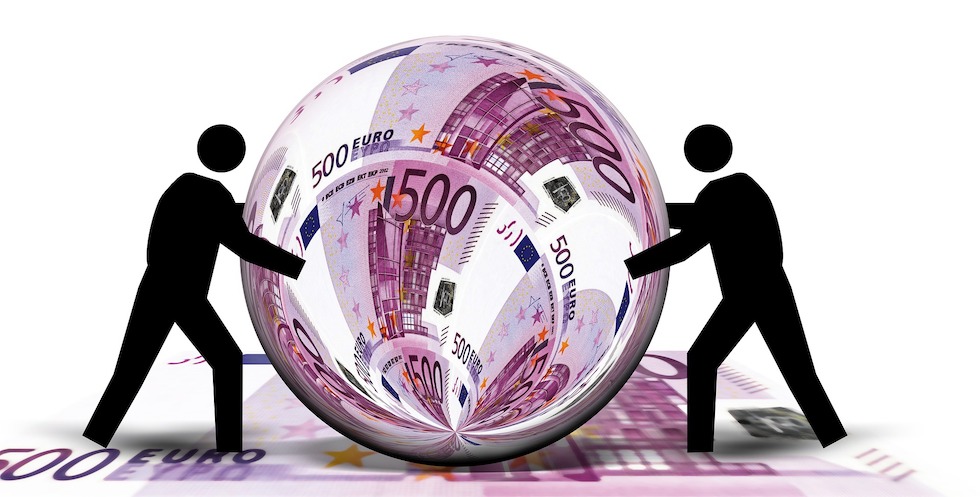 Post 9/11 world, exposed intelligence agencies to an age old tradition of channelling funds across the globe using mordern international financial system. In this, the transnational organized criminal networks used the digital world to carry out money laundering activities. At times, these money laundering channels were used by terrorist factions to both generate and transfer funds for their terror operations worldwide. Hence, on this pretext American intelligence agencies adopted Counter-Terror Financing (CTF) measures to combat these crimes. While CFT has received considerable focus from international organizations such as IMF, UNODC, UNCTITF and European Union (EU) to formulate an effective regulatory policy to eliminate those financial networks; much of these regulations were specifically focussed to counter money laundering.

As per the broad definition formulated by the Financial Action Task Force (FATF) money laundering is defined as “criminal proceeds outcome camouflaged as illegal means. Mostly, transnational organized crime factions and militant organizations launder money to legitimize the proceeds from their criminal activity. These organizations have the need to legitimize the finances received from illicit activities such as kidnapping, drug trafficking, gun running, racketeering and extortion, besides prostitution. However, terror financing is quite opposite to traditional money laundering acts. It starts with legitimate money spent for illicit means. However, it is important to note that the fundamental difference between money laundering and CFT lies with the motivation with which the act is committed. Hence there is a need to establish an anti-money laundering and CFT legislation, separately. This is because, the finances used in laundering and terror related activities, originates from a legitimate source.

EU’s Approach to AML and CFT

There are number of CFT related policies implemented by the EU that supports law enforcement agencies but are supplementary in nature and lacks focus. Even, EU CFT laws have provided basis for United Nations Security Council resolutions on the matter, especially entry and exit of finances into/from the financial system. Post terror attacks in Kenya and Tanzania in 1998, these resolutions modified cover policies on freezing financial assets and other economic resources including listing persons of interest with links to global terror organizations. However, with all the above modifications and implementation of the resolutions, the frozen accounts remained functional and there were active financial transactions.

The legislation for AML formulated by Financial Action Task Force (FATF) released a list of forty Recommendations and nine Special Recommendations to prevent use of the international financial system by terrorist organizations.

In terms of legislation, the EU designed and implemented the 1st Money Laundering Directive (MLD), which focussed on credit seeking institutions while the 2nd MLD (2001) focussed on Designated Non-Financial Professional Bodies (DNFPBs) such as practising lawyers, casino owners and account managers. By legislation, they were tasked to carry out customer identification before providing them services. The Directive also advised member nations to establish a dedicated Financial Intelligence Unit (FIU) to track, process and exchange information on suspicious accounts and financial transactions. It was the 3rd MLD (2005) that covered all financial transactions initiated by crime syndicates.

Besides that, some of the FATF’s nine Special Recommendations put restraints on carrying in hand-cash by individuals leaving the country and have also capped the transaction limit to 10,000 euros. But, with all checks and measures, DNFPB members continued their noncooperative stance towards FIUs by providing under (over)valued receipts.

It is imperative for policy makers to understand the necessity to develop and strengthen interagency cooperation and coordination in an effort to counter terror financing. The intelligence exchange within security establishments continues to be undermined and extensively overlooked by EU security establishments. There’s also a hesitance within the EU member nations regarding intelligence exchange with each other. The fear of insider leak and intelligence failure remains as an issue. Thus, counterterrorism policy within the EU retains its focus on basic technicalities and fails to unite member nations counter against financing of terrorism.

To this extent, the inter agency legislation such as the Council Decision 2000/642/JHA, which tasks member nations FIUs to unify resources in countering financing of terrorism, lacks implementation. Moreover, the inadequate exchange of intelligence analysis by agencies such as Europol and Interpol further highlights the extent of lethargic stand towards anti terror financing and money laundering activities.

The EU SitCen is comprised of a Civilian Intelligence Cell followed by a dedicated Counterterrorism Cell, which hosts military and civilian counter terror/regional experts. However, this dedicated group of experts suffer from inadequate manpower, especially due to some reluctant member nations and struggles to remain functional in spite of human resource incapacitation.

In terms of organizational structure and operational capability, the EU has all the means to strengthen its fight against terror financing and money laundering. But, with political unwillingness, its operational capability remains under-utilised. Since, radical militant and transnational organized crime syndicates are quick to adapt new mechanisms to maintain dominance over money laundering networks, any amount of political willingness in developing an appropriate CFT and AML legislation would strengthen EU operational mechanism and decision making architecture.

*Anant Mishra is a Researcher (Homeland Security & Anti-Terrorism) at the Institute of Forensic Science, Gujarat Forensic Sciences University, Gujarat. He is a Counter-Insurgency specialist with operational insight on Afghanistan.