The Impact of PESCO for the Transatlantic Defence Industry 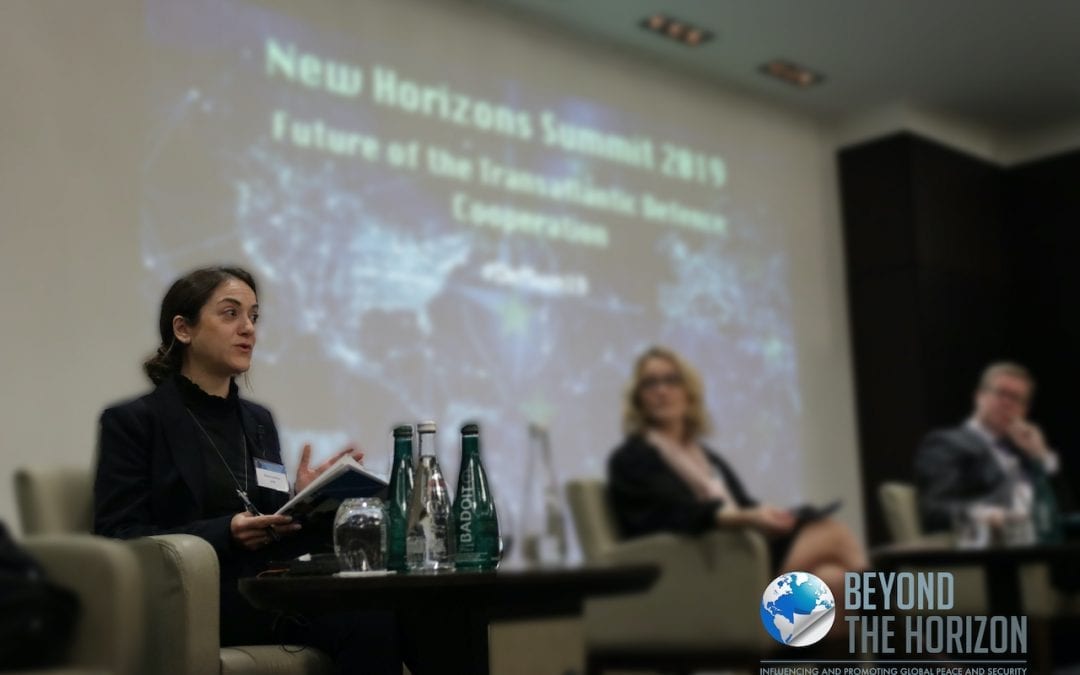 Thank you very much. I have to say that I will not provide an institutional point of view from the European Parliament but a research point of view. When I was asked to speak about the implications of PESCO for the transatlantic defence industry, my first reaction was “I went to a conference on foresight last week, so let’s try to gaze a crystal ball” because I think that at this stage it’s really hard to know. So rather than do that, I thought what I would try to do today was to present some facts and debunk some myths because I think a lot of this conversation is exactly about this.

I also want to say before I start that we really have to qualify this discussion. PESCO projects are not just about the industry, they’re also about operational aspects, they are also about political, strategic aspects. And of course, all of those may have in the short or long term implications for the defence industry, but it’s not so easy to suddenly say everything that’s happening in PESCO is directly related to the defence industry. On the other hand, we cannot talk about PESCO, at least in my view, as disconnected from the defence fund and obviously the defence fund does have a lot to do with the industry, but we always have to remember how limited actually the financing of the defence fund is when we compare to the overall expenditure for the European Defence Industrial Base. So, that’s one thing.

The other thing I think is necessary to say before going into the nature of the transatlantic defence industry is that we have to look at this whole discussion within a specific context and this context is characterized by three things; one is the rise of China and not the rise of China just in economic terms, but really as a player in the development of technology that is now relevant to military – that’s military and dual use. The second is of course the increasing relevance of technology, of artificial intelligence and of new technologies. Again, this can also be dual use in this context. And the third is that the world is beginning to shift into a more conflict-prone phase after a time of relatively protracted peace. So, of course the demands placed on actors within this context are evolving.

Within this context just to talk a bit about the transatlantic defence, because I feel sometimes we talk a lot about it but we’re not very clear on what it involves. Well, the first thing we can say is that in many ways and by and large the United States and the European Union Member States in their defence industries have faced more or less the same problems in the last 10-15 years. Those are firstly the relative decline of defence budgets during the period which has now ended as both sides are now re-entering a phase of increasing spending. The United States of course spends much more than the EU and I would argue also more efficiently since, the United States spends about six more times on research and development and procurement which is really a substantial and important part of efficiency in defence.

The second thing we can say is that for a while those two players have been enjoying what we call the peace dividend. So, up to 2013-14, even earlier, until perhaps the illegal annexation of Crimea. In any case there was a time before that when defence was not such a big issue and other issues such as the financial crisis were occupying the U.S. and the EU. But we’re definitely back in the place where defence becomes an important part of the agenda.

A second point about the transatlantic defence industry is that defence and technological industrial bases on both sides of the Atlantic are very capable. They’re very competitive on the global market. The United States occupies a larger part of the global market share, Europe enjoys an advantage in specific areas. The United States are step ahead on aircraft, but the EU is competitive on submarines and other types of vessels. In terms of the demand side of defence, the US is much more self-sufficient in creating the demand for what its companies can supply, while the EU (or EU MSs) is much more export dependent (the EU and EU Member States are used interchangeably here).

We also, of course, have ample evidence – and this is actually coming through in a recent research paper of the EUISS – of the large level of penetration of the United States companies into the European market, not so much the other way around, for many reasons including, the protectionist aspects of the United States of America when it comes to the market, issues related to export controls and control of technology developed in the US. The fact is that when you operate in the United States, as a company you are essentially operating for the US which is a challenge for European companies in the U.S. to operate within these because of these controls.

Another relevant issue is interoperability:  We’ve seen some advances in interoperability during the last decade on the EU and U.S. and that also has to be within the transatlantic defence industry itself. There have been some concerns expressed by academia and other researchers about the divergence between the US and several EU member states in terms of their stage of advancement in the development of technology, as well as the gap in terms of access to technology. That, in effect, could also hamper interoperability – a widening transatlantic technological gap.  We have several joint projects on development and procurement of equipment but as I said there is a growing disparity in investment insecurity and defence issues. There is some industrial collaboration limited to some acquisitions. And finally, some competition for exports to the global market. So, these are some points on the transatlantic defence base.

Moving to the second part of what I wanted to say, how does PESCO affect that? There are some concerns that have been expressed about the impact of PESCO. Basically, there are two issues that keep repeating themselves in different forms. One has more to do with operational issues. So, will PESCO basically pull resources and capabilities away from NATO –  but that also has to do with defence industry indirectly. And the second is will PESCO push American companies out of the European defence procurement market. Again, a concern, not the reality, but this is what being said out there.

But is that really so? It is hard to be able to say right now what is and what isn’t so, but if we look at what has been presented in terms of projects and what the binding commitments are under PESCO, what we see is that PESCO will make EU member states bound to increasing their defence budgets, bound to increasing defence investment expenditure, committing to increase interoperability. And it doesn’t really change a lot in defence procurement law in the EU, it actually encourages member states to acquire technology that is interoperable with other NATO forces. So, in that sense, at least for the time being, and given how limited the financing of the defence fund is, one couldn’t argue that these obligations work against transatlantic cooperation, rather the other way around.

As a conclusion, there are several observations that I could make, mostly that the best way to ensure that PESCO is not treated with suspicion is to how streamlined EU defence initiatives are with NATO and to point to the progress in EU-NATO relations.  I think the emphasis on technology and on bridging the technological gap is important for both sides and PESCO could be advantageous to this – this is one element we could bring in to the discussion. Particularly given the growth of Chinese technological supremacy. And a final note, if one really looks into the PESCO projects, there are several which would benefit from American technology and several – including in the speculation about the ones to come – totally aligned with efforts ongoing in NATO such as unmanned submarine systems. So, from my side, I would say this is more or less where we are. But again, I think it’s a fairly predictive assessment and a lot remains to be seen. Thank you.