The Impact of High-Tech Actors in Transatlantic Defence Cooperation 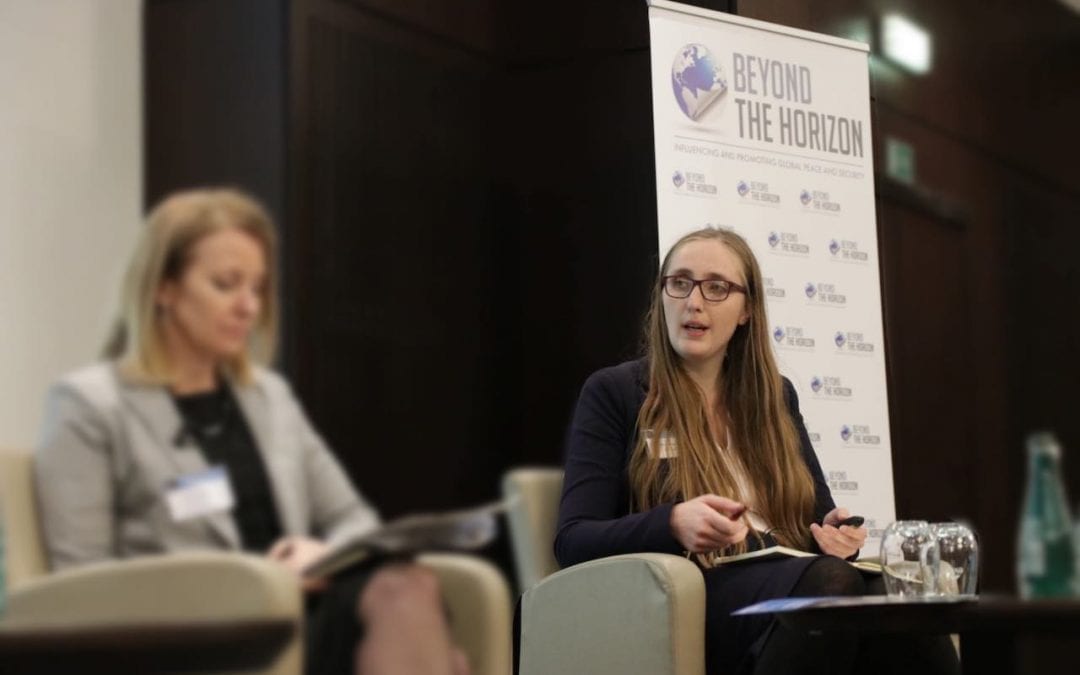 I will reflect on the role of the private sector in future transatlantic defence cooperation. It is often stated that emerging technologies are especially pioneered by the private sector. The private sector makes up an increasing share in global R&D spending and many new technologies are developed by companies like Google or Amazon. Developing cutting-edge technology has not been the sole domain of governments for a long time. So, I’m interested in what role non-traditional companies like start-ups and tech-companies have in Transatlantic defence cooperation. So far we don’t see extensive technology transfer between civil and military communities, and especially not across the Atlantic. They’re both hard and together obviously exponentially difficult. I will explain what makes this difficult. I’m not saying that there is a fundamental barrier to technology transfer and that it will never be possible; but I will merely identify several factors that make technology transfer more difficult.

I have two caveats before I begin. First, the narrative that the private sector does everything and the government does nothing underestimates the extent of ongoing contemporary research, and the lasting influence of historical R&D. For instance, many of the key components of the iPad and the iPhone have their roots in defence R&D. This is less the case for Europe, as they spend less on military R&D. Second, there are many different types of technology transfer. This can range from adopting principles in basic research, adopting component or process innovations, acquiring start-ups or buying Commercial-Off-The-Shelf technology, to joint development, or recruiting civilian contractors. Each will come with their own issues. But overall you can say that the higher Technological Readiness Level, the greater divergence between civil and military technology, and the more obstacles to technology transfer.

Now let us move to explanatory models. This is not an academic conference, so I’ll save you the bulk of the theory, but I’d just like to stress that technologies are embedded in technological regimes. Weapons don’t function the way they do on their own, but only as they are embedded in a regime with training practices, delivery systems or platforms, infrastructure, habits, maintenance schedules, relations between the military and contractors, etc. Each regime has their own morals, laws, infrastructure, practices, etc. IT sectors and defence sectors have very different regimes, as do different countries. You thus can’t take a technology, isolate, and implant it in an entirely new regime.

So, what are the obstacles that we encounter here?

One issue is for instance geographical elements. A lot of innovation occurs in technology clusters, which concentrates talent and facilitates the spread of new inventions. Geographical proximity is helpful for establishing networks and facilitating the diffusion of new skills, techniques, products, etc. However, the geographical distance between Europe and North America is obvious, and militaries only have a small but growing presence in Silicon Valley.

A third aspect is more technical and related to data. Militaries have a lot of data, but this is not necessarily formatted, labelled, and shared, which hinders R&D in AI. The data that is available, is difficult to share with civilian contractors as they often lack security clearances, especially if they come from another country. Going forward, we will also see countries becoming more and more protectionist about their data, as they see it as a key strategic asset. They don’t want to share and give it away which hinders development. This is also relevant for the export of military systems of AI. A country might want to sell its products, but won’t want to give access to the model and data used, as that is highly sensitive. However, this means that the recipient has less control over and understanding of the product.

Furthermore, they have different technical standards. Take for instance the 5G spectrum. The US military is interested in the higher end of the spectrum for military needs, and wants to keep exclusive control over this part of the spectrum. However, Europe does not have the same preference for spectrum allocation, and a lot of civilian development of 5G technologies occurs at these higher ends.

Additionally, the entire innovation process is different. Military technologies are designed to have long life cycles; requirements are set by the users–governments–not the developers; development takes a long time but there will be limited adaptation after adopting the technology; there is a focus on quality over price; research is sequestered between development of the technology and the product; and researchers traditionally don’t retain their intellectual property rights. Innovation in the civilian sector is basically the opposite. The tech sector has an Open-Source culture, sharing useful bits of codes and datasets on the internet, and heavily favours Linux. There is a culture of tinkering, with significant autonomy for engineers. This is not the case in the defence sector. Additionally, military technology is designed to be robust, safe and resilient, not to look pretty, appeal to mass audiences, and be produced for the lowest price possible. The way technology is developed, and the requirements set are just radically different which will hinder cooperation.

Moreover, an important aspect is cultural. There is serious resistance amongst employees in the IT sector to work with defence—although at the top there is usually more interest. This has several aspects. Many engineers do not want to contribute to the development of military technology, especially engineers who decided to work for Google because they were different, following their old “don’t be evil” slogan. The IT sector is also seriously multi-cultural, so there will be much less nationalism or a sense of patriotic duty to support your country. Additionally, many of the protests in spring 2018 by employees from IT companies in Silicon Valley against the Pentagon occurred at the same time as there was major protest about president Trump’s immigration policies, and many of the protests were specifically focused at cooperation with ICE, the Immigration and Customs enforcement agency. Finally, there is concern that cooperating with the Ministries of Defence could contribute to the development of Lethal Autonomous Weapon Systems along the road. Even if the products developed now are not lethal, engineers are worried that their products could be easily weaponized along the road later.

Finally, militaries and civilians have very different needs. Looking at AI, which is my speciality, you can see that there are many uses of AI that are almost exclusively or mostly of interest to militaries. These include for instance swarming, wargaming, human-machine teaming, simulations, etc. You cannot just take the data from a civilian application and implant it in a military system, but you need to have appropriate data used in a dedicated framework for a specific goal. Such applications would thus have to be specially developed for the military.

So to conclude, we will see the IT sector having a pioneering rule, but not exclusively. The defence sector and military research establishments will continue to play an important rule. However, I would like to stress again that these are not fundamental barriers. As the technology develops further, and the IT and defence sectors develop better relations, the regimes will develop connections between them and technology transfer will likely increase in a slow gradual transition.