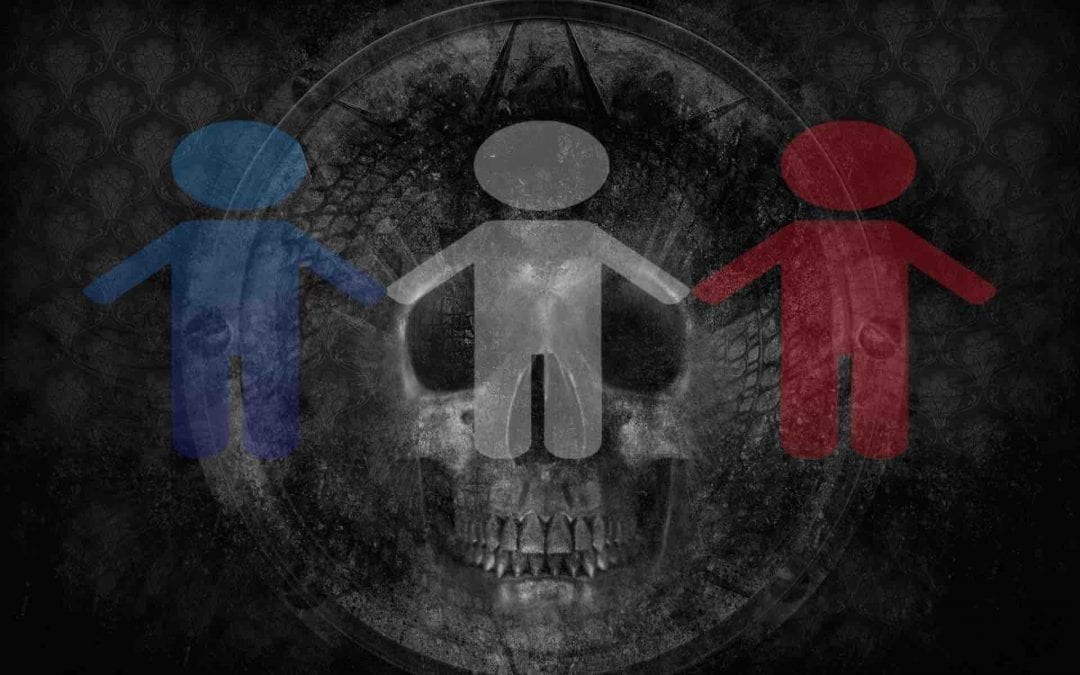 The recent attacks on mosques in Christchurch that killed 50 worshipping Muslims and injured scores more have brought global attention to white nationalist terrorism. This phenomenon could not only grow into an international security threat akin to Islamist terrorism but also exacerbate security problems and invigorate religious-based conflicts even more than al-Qaeda or Daesh.

White supremacist ideology stems from the belief that the white race is superior and hence deserving to rule over the rest — yet it is predicated on two fears. The first is that other races are outperforming whites and that whatever advantages available to white people will be lost. The second is that whites are falling behind demographically. White nationalists blame mass international migration, democracy, and feminism for “white genocide” — the decline of the white population and white power in what they view as white nations. These fears translate into a belief that whites need to act urgently to protect their privilege, preserve white majorities and create white ethno-nationalist states.

Much like jihadists, white nationalists are fighting what they see as threats to their civilizational identity. This essay highlights four critical factors underscoring the rise of white nationalism as a pernicious, worldwide threat.

Consider the most recent case of the Christchurch shooter, Brenton Tarrant, an Australian, who was radicalized in Europe. Even if his views and intentions were detected early, monitoring him and preempting him would have required a transnational, multinational counterterrorism operation. Tarrant sees Australia and New Zealand as offshoots of Europe. He sees any threat to Europe as a threat to white people. His vision is global, and his views can be read on the manifesto he posted before his attacks.

Moreover, unlike Daesh and al Qaeda, which are known institutions or groups, white nationalism is a belief held by lone wolves widely diffused in society. Intelligence gathering, penetration, prediction, and preemption by law enforcement are far more difficult.  Is the world ready to launch another global counterterrorism campaign?

While Western governments, security services, media, and political elite are all united in their battle against threats from Islamist terrorists, they are divided in how they view white nationalism. This factor alone will allow the threat to grow and be carried out with impunity. Many people in power have flirted with extremists or extremist rhetoric, including prominent media personalities at Fox News and current and recent members of the U.S. government such as former director of CIA and current Secretary of State Mike Pompeo, former presidential advisor Steve Bannon, and Republican Congressman Steve King.

The Christchurch shooter’s pattern of behavior, international travel, and internet activity are no different from that of a typical lone wolf jihadist. The violence that Tarrant perpetrated is far more horrendous than that of many Western jihadists who have been arrested and locked up for essentially trying to travel to Istanbul to join Daesh. Yet he was not on any watch list. The much-touted Five Eyes intelligence sharing initiative among the English-speaking nations (the United States, the United Kingdom, Canada, Australia, and New Zealand) had nothing on him. The New Zealand police who vetted him before granting him a gun permit had no issues with him.

After the Christchurch shooting, U.S. President Donald Trump tried to pass off the threat of white nationalism as nothing but desperate acts of a few troubled people — as if white nationalism were a mental illness, not a deadly ideology that produces terrorism. An Australian Senator argued that Muslims were to blame for the New Zealand shooting, and the popular conservative talk show host Rush Limbaugh argued that it was a false-flag operation. Such media and political cover from powerful allies will ensure that this threat will continue to grow.

The Sluggish Response to White Nationalism

On March 20, at a public forum hosted by the Biden Institute at the University of Delaware, I asked a former acting director of the CIA, Michael Morrell, if the intelligence failure to anticipate the Christchurch shooter could be attributed to bias and even sympathy for white nationalism. He insisted that the people at the CIA were the “most objective people he knew,” and the Christchurch shooter was missed because white terrorism was a new phenomenon. The answer was not persuasive, since Andres Breivik, the iconic hero of white extremists, killed 77 people in Oslo in July 2011. Media and academics have since recorded and written about the growing threat of white nationalism quite frequently, especially in Europe.

I myself hosted a symposium on terrorism in 2010, and we highlighted this rising phenomenon. But the most eye-opening fact comes from the Anti-Defamation League: 50 people were killed by domestic terrorists in the United States in 2018, and every one of the killers was linked to a right-wing group. The unwillingness to see white nationalism as a terrorist threat guarantees that alt-right extremists remain excluded from government watch lists, and that makes it easier for them to plan and execute their operations.

Moreover, Western law enforcement and security officials are susceptible to orders to not investigate white nationalism as aggressively as they do other forms of extremism – since elected officials do not label it as terrorism. They are also susceptible to infiltration by white nationalists. In the past month alone, a Maryland police officer was exposed as a recruiter for a right-wing extremist group, and a lieutenant in the Coast Guard was detained with a huge arsenal and a long list of political and media targets for assassination. Imagine the outcome when the fox is guarding the hen house. Fortunately, the FBI is aware and is investigating this threat.

The Prospect of a Clash of Extremisms

I fear that if Islamophobia and violence against Muslims become the main vehicles of the rise of white nationalism in the West, then we are in for a clash of extremisms. Days after the attack in Christchurch, we heard about the anti-Turk rhetoric in the terrorists’ manifesto followed by the news that a Turkish-born individual shot and killed three people in a tram in Utrecht. While, so far, no connection except a terrorist motivation has been established by investigators, such retaliatory attacks by Muslim lone wolves could occur under the pretext of defending Islam and Muslims against white nationalists. Extremists on both sides could incite each other.

Given the many global ramifications of the rise of white nationalism and attendant terrorism, it is important that the U.S. government and its allies address this issue on a war footing. We must give it the same attention and resources that have been used against other global threats. Politicians should put aside partisan considerations and focus on this security challenge that could undermine peace, social harmony and rule of law in Western democracies.

This article was first published on March 28, 2019 on The Center for Global Policy

Dr. Muqtedar Khan is a Professor in the Department of Political Science & International Relations at the University of Delaware and a Senior Fellow at the Center for Global Policy (CGP). His website is www.ijtihad.org and he tweets at @MuqtedarKhan. He is the author of the forthcoming book Islam and Good Governance: A Political Philosophy of Ihsan. The views expressed herein are the author’s and do not necessarily reflect those of CGP.