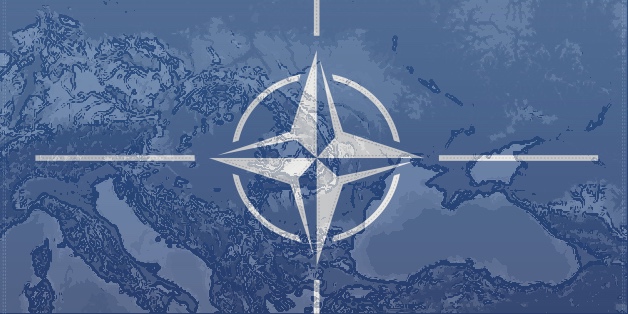 NATO responded to Russian intervention in Ukraine by launching several initiatives in multiple domains. One of them is the NATO Readiness Initiative. As part of a broad deterrence and defence related measures,  Allies will make available ‘additional 30 major naval combatants, 30 heavy or medium manoeuvre battalions, and 30 kinetic air squadrons, with enabling forces, at 30 days’ readiness or less’ to the existing NATO graduated readiness forces, as described in the Brussels Summit Declaration.

Another major response is reinvigorating Open Door Policy[1] by inviting young Western Balkan states to the Alliance where considerable Russian influence still exists. The Republic of North Macedonia’s accession to NATO as the 30th member of the Alliance is a strong political message to the International Community which underlines the importance and success of NATO enlargement. Membership also serves as a political warfare tool in times of Hybrid War. In military terms tough, North Macedonia’s contribution to NATO will not be a substantive one. Its military expenditure was $ 117 million in 2018 (SIPRI) where NATO nations spent nearly $ 920 billion (NATO) in the same year. NATO nations have 3,184,000 troops (NATO) whereas North Macedonia’s army consists of only 8,000 personnel (IISS Military Balance).

After successive rounds of enlargement which resulted in the memberships of Slovenia (2004), Croatia (2009) and Montenegro (2017), North Macedonia is close to become the fourth ex-Yugoslavian country that would enjoy NATO membership. Then the former Yugoslav Republic of Macedonia’s (FYROM) NATO journey began in 1995 when it joined the Partnership for Peace programme. The country participated in the Membership Action Plan programme in 1999. At the 2008 Bucharest Summit, Allies stipulated a mutually acceptable solution between Greece and FYROM to the issue over North Macedonia’s name as a condition for NATO membership. On 12 June 2018, with Treaty of Prespa, Greece and FYROM agreed to solve the name issue by changing FYROM’s constitutional name from the Republic of Macedonia to the Republic of North Macedonia. At the 2018 Brussels Summit, Allies invited the Republic of North Macedonia to begin accession talks to join NATO. On 30 September 2018, a non-binding public referendum to put Treaty of Prespa into effect won overwhelming support in FYROM, but due to the low turnout rate, further steps were taken. U.S. Secretary of Defense Jim Mattis warned that Russia worked against the referendum. On 18 October 2018, formal accession talks began between NATO and FYROM. North Macedonia’s parliament changed the country’s name from FYROM to North Macedonia in January 2019 with a constitutional amendment voted in the parliament. On 6 February 2019, 29 members of the Alliance signed the Accession Protocol for the Republic of North Macedonia. Accession Protocol needs to be ratified by 29 members (as well as by the acceding country), and as of 03 June, 2019, 14 NATO members have ratified the Accession Protocol. Prime Minister Zoev expects that the process is finalised in October 2019. However, there remain some problems. On April 3, 2019, one day before NATO’s 70th anniversary, Turkish Defence Minister General (R) Hulusi Akar visited North Macedonia, reaffirming Turkey’s support for North Macedonia’s NATO membership but stipulating Macedonian authorities to be more cooperative in Turkey’s fight against Gulenists.

All ex-Yugoslavian states developed various kinds of relationships with NATO. Level of ambition regarding wider cooperation in the Balkans might be improved should a common ground can be found between all relevant Balkan states as it is the case with the Baltic States. However, this development may also run the risk of more clustering within the Alliance, which may eventually undermine Alliance’s solidarity, if other Allies’ priorities are not taken into consideration. Due to various reasons, Greece and Turkey, or both, are the most convenient Allies to serve as framework nations for creating such a cooperative environment. The main concern in this regard would be the relative positions of these Allies against Russia. Russia appears to have the upper hand over these countries. Due to its historical ties, Greece might not have the appetite to lead this possible intra-NATO initiative. As for Turkey, she has been sailing in dangerous waters for a long time. The country is on a collision course with the U.S. and at the edge of a geostrategic reorientation, as some security experts put it.

*Samet Coban is analyst at Beyond the Horizon Int’l Strategic Studies Group.