The Conflict in the South China Sea: A Focus on a Possible Solution 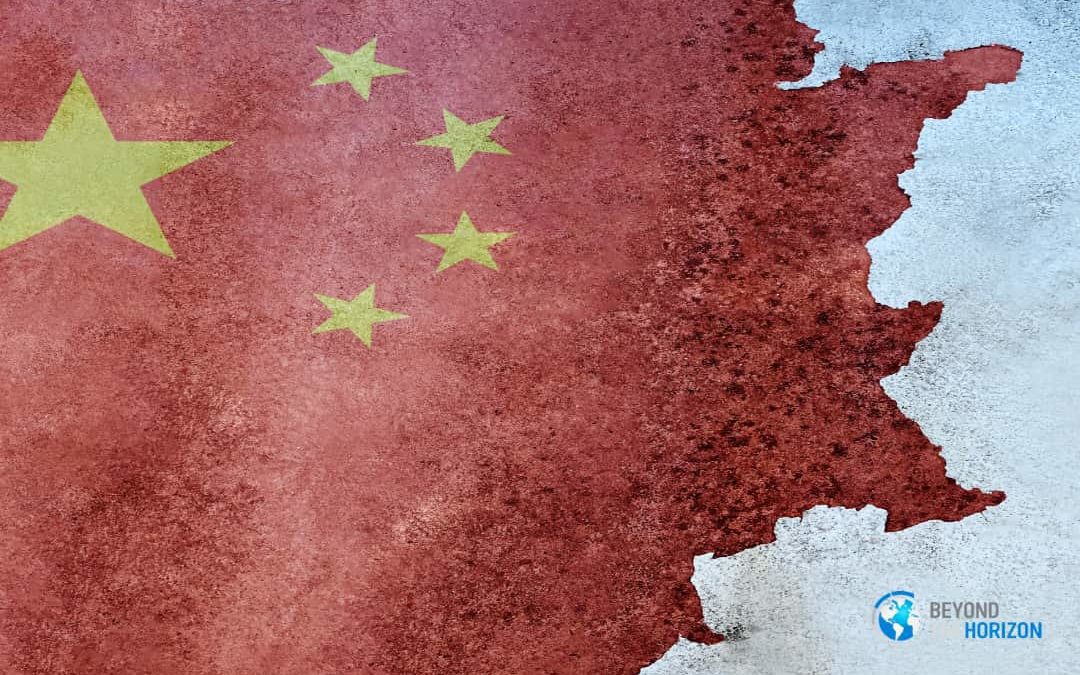 Over the last 10 years, the conflict in the South China Sea has been constantly in the spotlight. As China builds islands in the middle of the South China Sea, once underwater reefs have become sandy islands with airfields, roads, buildings, and bases for missile systems. In less than two years, China has turned seven reefs into seven military bases, making the South China Sea one of the most contentious areas of sea in the world (Damn, 2020).

Its importance is not limited to that. The ocean area is estimated to contain 11 billion barrels of oil, 190 trillion cubic feet of natural gas (Council on Foreign Relations, 2021), and 10% of the world’s fishery resources. Even more importantly, roughly 30% of the global maritime trade passes through the South China Sea on its way to the highly trafficked ports in Southeast Asia (Khoury, 2017). Thanks to these aspects, the South China Sea is a contested maritime area which is subject to claims of partly possession by five countries currently.

The conflict among the five states, namely the Philippines, Vietnam, China, Brunei, Taiwan, and Malaysia, has remained unresolved for decades. The claimant states, have divergent and sometimes overlapping territorial claims based on a variety of historical and geographical data (Wang, 2015). For instance, China currently claims over 80 percent of the islands, while Vietnam claims entire sovereignty over the Paracels and Spratly Islands (Storey, 2014).

In this article, I aim to analyse the conflict in the South China Sea from a historical and legal point of view. Therefore, I will first examine the historical context and the roots of the conflict and then describe how it has turned into a frozen conflict and why no solution has been found so far. Finally, I will discuss whether a solution is possible with regional actors and whether an international solution has potential to materialize.

2. The Origin of the Conflict

The main conflict in the South China Sea dates back to 1279, when China drew a territorial map of its influence that included the entire South China Sea. Since then, control over the region has changed hands between regional powers and, later, colonial states. However, most people agree that the bulk of the current problems stem from the 1951 San Francisco Treaty, which followed Japan’s defeat in World War II. Within the terms of its surrender, Japan gave up its rights to its islands in the South China Sea, leaving a power vacuum in the region. No country was explicitly granted sovereignty over these waters, and China (the Kuomintang Government) asserted its advantage by submitting the now infamous “nine-dotted line” claim covering almost the entire South China Sea in 1947. This line became its official claim and is known today as the “Nine-Dash Line” (Khoury, E., 2017). In 1982, the United Nations law established the exclusive economic zones (EEZs). Right after, China reiterated its nine-dash line, refusing to clarify the limits of this line and rejecting the claims of other claimant countries.

Ever since, tensions have built up over who owns the South China Sea. In the meantime, the conflict has focused on the Paracels and Spratly Islands, an archipelago located in the heart of the South China Sea. Currently, China, Malaysia, the Philippines and Vietnam claim part of the Paracels and Spratly Islands chain. They have asserted their claims by setting up small ships, ports and even people on what is essentially a rock in the middle of the ocean.

a. The reasons for the conflict

What are the real stakes of these territorial disputes? First and foremost, the natural resources of the region are a very distinctive feature of the South China Sea, which is, in fact, a very rich area from this point of view, owing to its very extensive continental shelf, its relatively shallow waters, the contribution of several fast-flowing rivers, and also its great biodiversity (Roche, 2013).

Another issue, just as vital, is the geostrategic situation of the disputed area. The gateway to the strait of Malacca and the port of Singapore, on one of the world’s most important merchant shipping routes, a stranglehold on the Paracels and the Spratlys islands also ensures control over the supply of the economies of Northeast Asia (Roche, 2013).

Moreover, for the countries around it, the South China Sea is the primary source of food, accounting for 8% of the world’s total commercial fishery production, and is responsible for feeding many of today’s most populous nations, from Pakistan’s 226 million people to China’s 1.4 billion citizens (Khoury, 2017).

As a result, the South China Sea, being one of the most important economic and strategic regions in the world, is undeniably essential to Southeast Asia’s way of life (Khoury, 2017). A region having such importance is not limited to the states’ interest around it, it goes beyond the claimant states in the region and also brings the region to the attention of the other actors.

b. The dispute as a frozen conflict

The South China Sea is particularly attractive to littoral states that claim sovereignty over islands and islets in the hope of being able to control part of them. These states do not always share a common position. The sea is at the heart of a rapidly changing Asia Pacific, which accounts for a larger share of global trade and economic activity each year. Thus, regional and even international actors such as the United States are taking a close interest in the region (Congressional Research Service, 2021).

Tensions escalate from time to time to stop just short of turning into armed conflict not exceeding beyond the stage of medium-intensity tensions and clashes. Although, the states having interest push provocation to the maximum, but they have never risked the war that would be particularly deadly in this region, and that would have terrible consequences for the economy and world peace.

All in all, the dispute in the South China Sea shows the characteristics of a frozen conflict where none of the states is ready to give up any ground to reach a common solution accepted by all and thus, any armed conflict could break out at any time.

3. The Search for a Negotiated Solution

The territorial dispute in the South China Sea is far from being resolved. Despite notable progress and reassuring official statements, the situation remains tense, and even dangerous, due to a continuing arms race that makes any possible escalation potentially even more worrying.

For better understanding whether a resolution of the dispute in the South China Sea at least soon is possible, it is required to re-examine regional and international actors which could contribute to mitigating the tensions and to ending off the conflict by offering a solution.

Since its establishment, the Association of Southeast Asian Nations (ASEAN), which is the only international organization that has rather regional impact in tackling this dispute, has played to an extent a role in ensuring dialogue, expansion of overlapping regional interests, and development of trust and cooperation between the parties of the region.

ASEAN’s 2002 declaration in fact supports the Declaration on the Conduct of Parties in the South China Sea, signed by Beijing in 1997, which called for the peaceful resolution of conflicts in the South China Sea. Since then, the organization has initiated several attempts to create conflict resolution forums (Sakamoto, 2021). Yet, those have simply proven that ASEAN does not have a capacity to play a leadership role and that it cannot adapt its reflexes to the current political context and challenges.

Unfortunately, ASEAN’s decision-making process depends on consensus among its members, an increasingly difficult task when most of its members are entirely dependent on China for their development and trade. Cambodia and Laos, for example, have decided to stay out of this dispute because of their almost total reliance on a smooth Chinese partnership, officially supporting China’s claims. Simply put, China is ASEAN’s largest trading partner, from Singapore to Vietnam, and opposing China would mean misery for most of its members and even bankruptcy for a few (Congressional Research Service, 2021).

Additionally, China has long opposed dealing with East Asian issues in multilateral institutions and has preferred bilateral negotiations with other countries in the region. For this reason, China tends to build relationships bilaterally rather than in the multiple forums of ASEAN (Storey, 2014).

In a complex region such as the South China Sea, it is important to have well established and recognizable rules of international law. In this regard, the 1982 Treaty of Montego Bay, part of the United Nations Convention on the Law of the Sea (UNCLOS), constitutes a turning point in the dispute over the South China Sea. Together with the many concepts and rules put forward by UNCLOS, the treaty establishes the rights of a sovereign state over the continental shelf surrounding it and the creation of exclusive economic zones (EEZs). As such, it forms a primary and prominent source of international law for dealing directly with the conflict (Poling, 2013).

Another major reference for informing the future of the dispute can be said to be the International Court of Justice decision, in the summer of 2016. The Court in The Hague ruled against China’s claims in the South China Sea, declaring them to have no legal basis by rejecting its claim of the “Nine-Dash Line”, as part of the case the Philippines first brought against China in 2013. But China, which does not recognize the international court’s ruling, has warned that it will do everything in its power to protect its sovereignty (Sakamato, 2021).

International actors have urged countries to resolve disputes over maritime claims peacefully and in accordance with international law (Wiranto et al., 2015). On the other hand, pointing out that the problem can only be solved between the states in the region, China has expressed and made known at every opportunity that it is not comfortable with the internationalization of the situation by international actors (Congressional Research Service, 2021). In this regard, it is also doubtful that the court ruling will completely resolve the aforementioned problem in the South China Sea. However, the emergence of an international legal ruling on the issue may lead to a new perspective on the debates on sovereignty in the South China Sea.

Throughout the article, the South China Sea conflict has been approached from several perspectives in order to determine its historical and current causes and to further discuss possible solutions in the regional and international sphere.

Following an analysis of the causes and actors of the conflict, attention was turned to whether there is a resolution at the regional and international sphere. But, it is clear that the conflict in the South China Sea is deadlocked now because the actors will not compromise on their claims soon due to the very large size of the region and the imbalance of power between the actors. In particular, the presence of a strong and aggressive country like China makes the conflict intractable because China intends “to prevent an internationalization or regionalization of the dispute and would like to prevent or weaken any move towards solidarity within ASEAN on these issues and continue to address them on a bilateral basis.” (Congressional Research Service, 2021).

Pending resolution of the conflict, the South China Sea is looking more and more like a Chinese lake, despite United States’ efforts and to the detriment of neighbours who, in their own interests, tend to align themselves with Chinese power. Even, recent developments such as the creation of AUKUS, new alliance group in the region among Australia, United Kingdom and United States, and the formation of QUAD make more increasingly China aggressive and the tensions in the region blow up.

Yunus Erbas is a Research Intern at Beyond the Horizon ISSG and is currently following a Master’s Program in Diplomacy and Strategic Negotiations at the University of Paris Saclay.